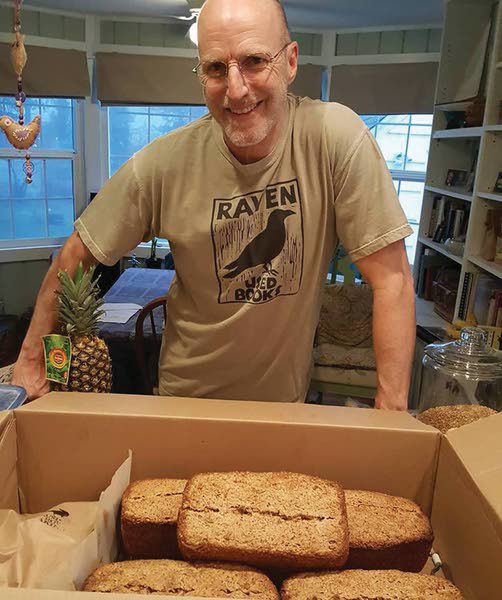 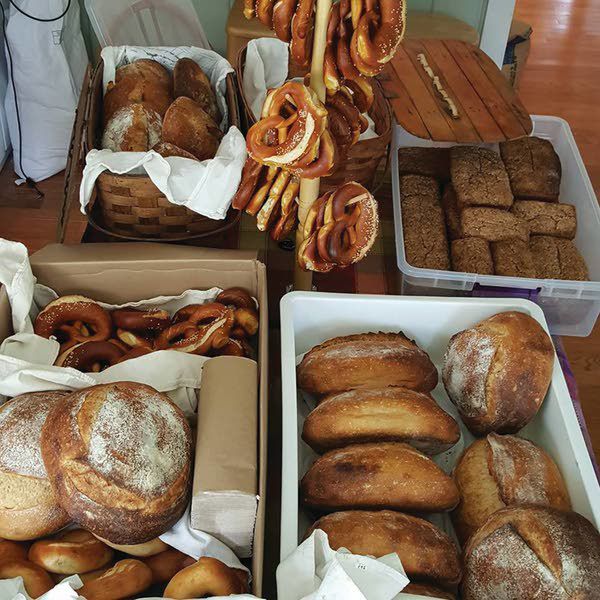 Eric Sorensen's home kitchen is a flurry of activity every Wednesday morning.

One minute, the Pullman resident is shaping dough into pretzels and placing each one on a scale. The next minute, he is loading and unloading loaves of sourdough bread into the oven, all while keeping a close eye on the clock.

Time is the enemy as he is tries to finish baking before setting up his booth at the Pullman Farmers Market on Wednesday afternoon.

"It's all kind of jamming up on me right now," he admitted.

He does not appear worried, however. All total, he estimated he's baked about 68 pounds of product. Already on his dining room table were baskets of potato levain, Danish rye and sourdough bagels.

The owner of Clumsy Crow Baking has been baking large quantities of bread for more than a year. He received his license to establish a cottage bakery and began selling his product through a subscription service, which he has put on hold this summer so he has time to bake for the farmers market. This is his first summer selling at the market.

He wrote an article about WSU's Bread Lab after attending a conference. Someone suggested he read "Tartine Bread," a book written by master bread baker Chad Robertson. Sorensen was hooked.

He began baking two loaves at a time, one for himself and one for others. Then, Sorensen decided he could do more and sell to a greater number of people.

Sorensen said the local community has limited options for buying homemade bread, and he wanted to do his part to help fill that void.

It is a constant learning process, though. Sorensen still reads books and studies professional bakers who have fine-tuned their techniques.

"There's no wasted motion," he said of professional bakers. "They don't freak out. So, I'm working on that."

While baking, Sorensen shares some of knowledge he has learned along the way, like how a "real" bagel is hand rolled, boiled in honey or malt syrup and baked in a hearth. Or how pretzels must be a consistent weight so they bake evenly and customers know what they are getting.

Sorensen said he tries to use local grains when he can. While most grains are shipped overseas, there are some farmers that sell grain locally. He particularly likes to support those who employ the no-till farming technique, which is designed to prevent soil erosion. Sorensen even grows a small crop of wheat in his yard, next to his driveway.

Sorensen said Clumsy Crow will likely continue to be a small operation, regardless of any future success he may earn at the market. The 60-year-old said he wants to continue to run the business out of his house in his spare time, rather than full-time at facility.