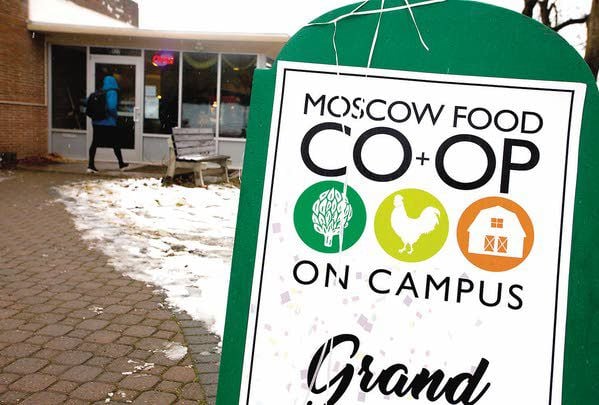 The Moscow Food Co-op celebrated the grand opening of its store next to the University of Idaho campus on Thursday in Moscow. 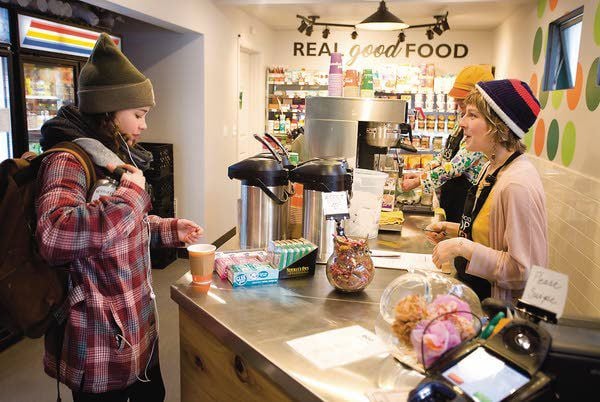 Al Hanson, right, helps a customer Thursday during the grand opening of the Moscow Food Co-op’s new store next to the University of Idaho campus in Moscow. 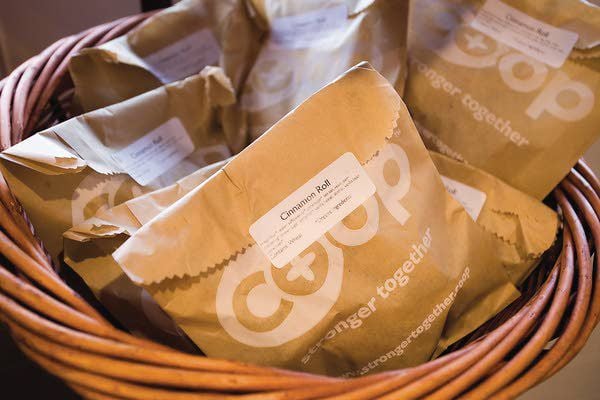 Cinnamon rolls are one of the baked goods for sale at the Moscow Food Co-op’s new location next to the University of Idaho campus.

The Moscow Food Co-op celebrated the grand opening of its store next to the University of Idaho campus on Thursday in Moscow.

Al Hanson, right, helps a customer Thursday during the grand opening of the Moscow Food Co-op’s new store next to the University of Idaho campus in Moscow.

Cinnamon rolls are one of the baked goods for sale at the Moscow Food Co-op’s new location next to the University of Idaho campus.

For the first time in its 44 years of operation, the Moscow Food Co-op is expanding.

On Thursday, the popular local and organic food destination introduced its new location next to the University of Idaho campus.

The 330-square-foot store inside the Campus Christian Center on 822 Elm St. across from the Hello Walk is a small space that could lead to bigger plans for the co-op, including a location in Pullman.

"We're excited to have made this a reality," Melinda Schab, general manager, said.

The products sold in the store are made in the downtown location and brought to campus. Though it has a smaller selection of items than the downtown store - there's no meat department, for example - it still saves students a trip when they want to have fresh snacks, sandwiches, baked goods, coffee or other popular co-op products.

"If you don't just want a bag of Doritos you can come have something freshly made in a kitchen," said Alycia Rock, Moscow Food Co-op marketing manager.

Next to the store is an open seating area where customers can stay for a while, replicating the popular seating area inside the Fifth Street store.

"We really want to be an open space and a stop on any path you're taking," Rock said.

The store held a soft opening Jan. 2 and is trying to obtain feedback from its customers on how to improve the store. Alisa Melior, manager of the UI-area store, said they will continue to expand the product selection, hold events for Mom's Weekend and other popular occasions, and plan to hold barbecues when the weather is nice.

Schab said the origin of the store next to campus began five years ago when the Moscow Food Co-op updated its strategic pan. The store spent six to eight months reaching out to the customers and other businesses to gauge what they wanted the future of the co-op to look like.

They found there was a desire for the co-op to grow, as customers want more access to the store's products. Many expressed interest in expanding to Pullman.

That process of adding a store in Pullman became "bigger and more intensive" than the co-op board anticipated, Schab said. Not only is the co-op navigating through the legalities of opening another business entity in Washington - it has spent a year and a half talking to attorneys, Schab said - but they must also assess the risk that a Pullman branch might hurt business in Moscow. Adding to that, Schab said the retail economy slowed down in 2017, delaying the process even more.

She said in the meantime they began looking at the UI campus as a viable place to sell their food. They were contacted by the VandalStore, which agreed to sell sandwiches and salads. That ended after Sodexo took over that space in the store.

Schab then had a conversation with the Campus Christian Center's director that led to the organization agreeing to open a space for the co-op.

She said exploring a Pullman location is still a high priority, and the success of the UI location may be incentive to have conversations about opening a similar store at Washington State University's Pullman campus and even Lewis-Clark State College in Lewiston.

In the meantime, the co-op staff is spreading the word about the UI branch, hoping to become a preferred destination for UI's student population, and anyone who doesn't have the time to head downtown.

"This makes it more accessible for students on their break (between classes)," Melior said.