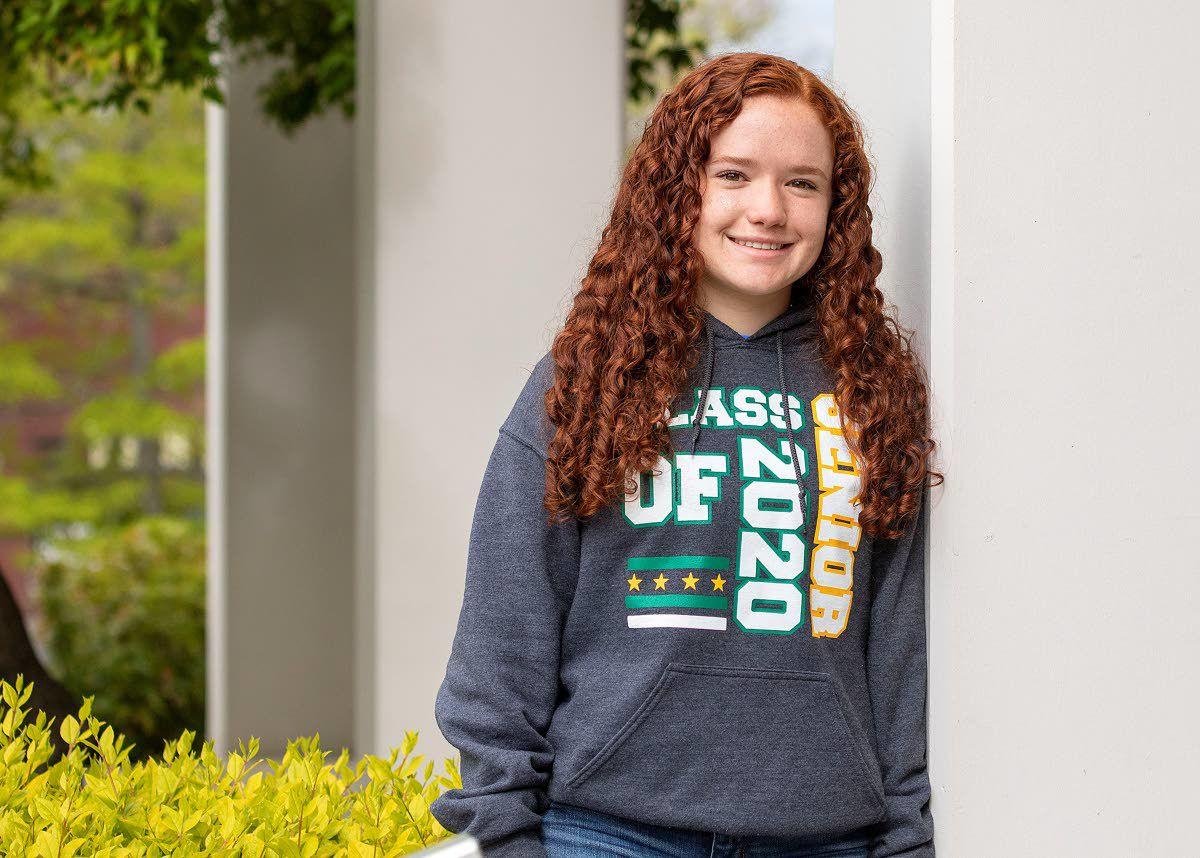 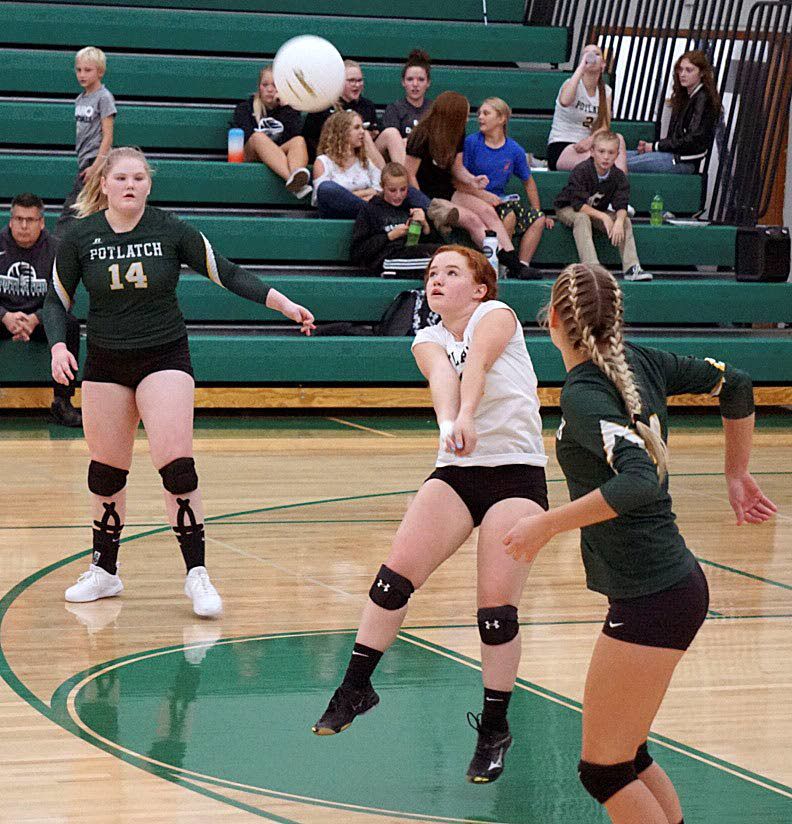 Senior Charlee Beckner, center, bumps the ball during a volleyball game in Sept., 2019, in Potlatch. 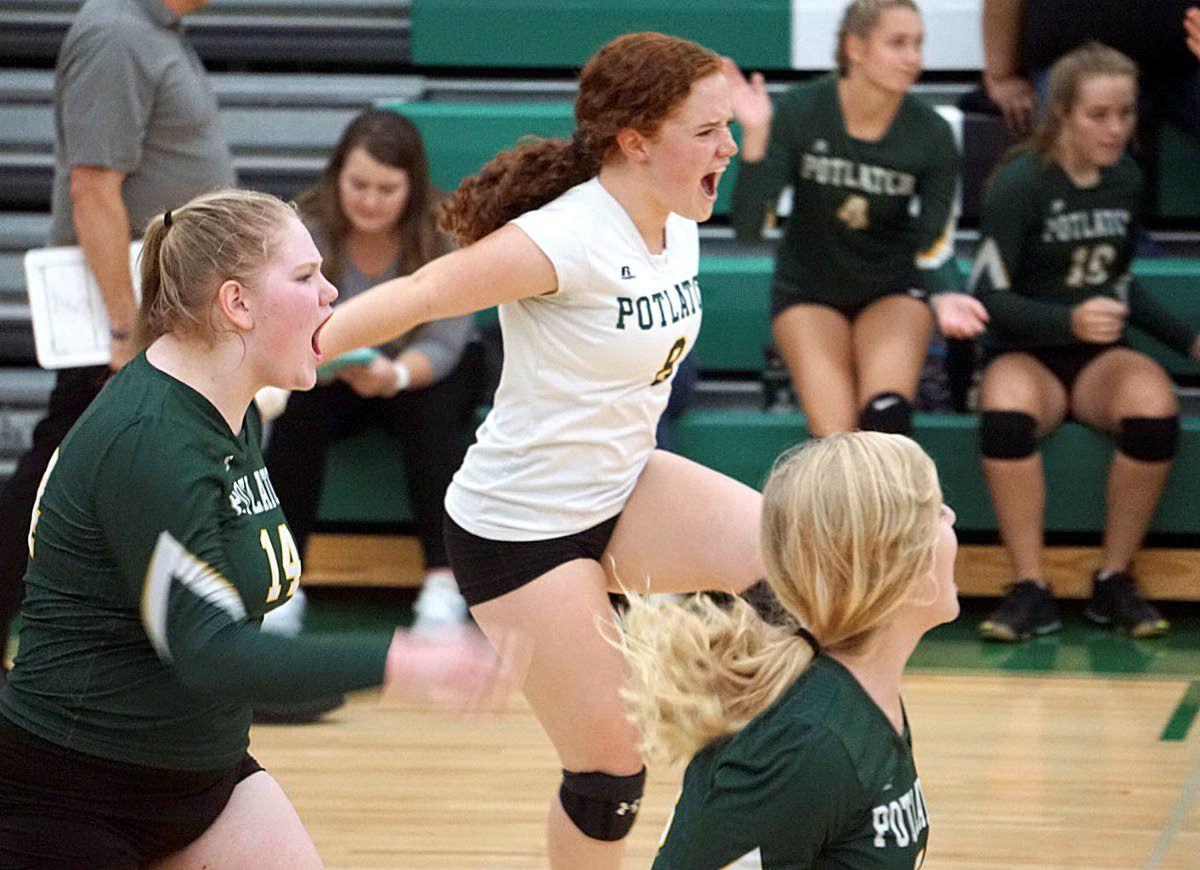 Senior Charlee Beckner, center, celebrates after her team scored a point during a volleyball game in Sept., 2019, in Potlatch.

Senior Charlee Beckner, center, bumps the ball during a volleyball game in Sept., 2019, in Potlatch.

Senior Charlee Beckner, center, celebrates after her team scored a point during a volleyball game in Sept., 2019, in Potlatch.

Sitting back on an offspeed pitch in the batter’s box was just about the only thing Charlee Beckner waited on at Potlatch High School.

Everything else, she attacked.

The 4.0-GPA student and four-sport athlete will not wait on her life after high school either.

Beckner graduated from high school Saturday and is leaving for basic training for the U.S. National Guard June 8 at Fort Sill in Lawton, Okla.

After two-and-a-half months of basic training, she will immediately start four months of combat medic training at Fort Sam Houston in San Antonio, Texas, and then it’s onto Lewis-Clark State College next spring to study nursing.

“I think as much as I say I’m ready to move out, I think that I’m going to miss living at home,” Beckner said. “But I’m pretty excited to do my own thing.”

Beckner said she has always been interested in joining the military. In the sixth grade, she had dreams of serving in the armed forces as a nurse, but she said that dream faded a bit.

She said her great-grand-father, a World War II veteran and mailman for famous U.S. Army Gen. George Patton, died during her senior year. His death rejuvenated her desire to join the military, and she enlisted in February.

“I’m pretty nervous just because I’m not entirely sure what to expect,” Beckner said of basic training.

Beckner said she is capable of pushing herself and making sure she does things right.

At this point, Beckner said she does not know what kind of nurse she wants to be.

She has been leaning toward becoming a surgical nurse, but a flight nurse or emergency room nurse are other possibilities, Beckner said.

Beckner said she will have a better idea when she returns from combat medic training because a medic is similar to an ER nurse, and if she likes her training, she will likely pursue becoming that type of nurse.

She said many people go to medical school after combat medic training so that option is on the table as well.

While at LCSC, she said her National Guard duties will continue with drills two or three days every month and two to three weeks in the summer.

She became a certified nursing assistant a year ago and has taken several classes, like anatomy and nutrition, that she found fascinating and which pushed her toward the medical field.

Whichever field of medicine she enters, Beckner, who was born and raised in Potlatch, said she wants to live in the region to be close to her family.

At Potlatch High School, Beckner was a libero in volleyball, guard in basketball, infielder in softball and a cheerleader for the varsity football and varsity boys basketball teams. She was entering her fourth high school softball season this spring but it was canceled because of the coronavirus pandemic.

The Loggers finished runner-up to Kendrick - a team Potlatch beat three times last season - in the state championship last year and Beckner said she and her teammates had their sights set on a state title this season.

Beckner said not being able to play her senior season was difficult because the game has been a huge part of her life since she was little. She and her two senior teammates each have a younger sister they would have played with this year for the first time.

“It’s hard not knowing how we would have done this year, especially for me,” Beckner said. “I didn’t have a very good season last year, just with, like, some different things going on and so this year was kind of my redemption and I didn’t get it, so it’s hard to think about.”

Beckner played volleyball all four years of high school but started cheer and basketball her senior year. She said she had not played basketball since junior high school, but Potlatch varsity girls basketball coach Brandon McIntosh, who also served as Beckner’s economics teacher, asked her to join the team.

“She came in and she was a hustler,” McIntosh said. “She was very scrappy. She made us better because of how hard she worked and when she didn’t meet the goals that she set she would always strive to do better the next time. That’s how she was as a student too. She didn’t take anything for granted.”

McIntosh said what Beckner lacked in her 5-foot stature, she made up for in work ethic and aggressiveness.

“She’s one of those relentless individuals that whenever she was out there she was giving you everything that she could,” he said. “If I was playing, she is the type of individual that I would want on my team.”

McIntosh said Beckner’s traits on the basketball court will benefit her in life after high school, including in the National Guard.

Here’s a quick glance at the students the Daily News has featured this spring. Check out each of their stories at dnews.com/class_of_2020.

Soccer goalkeeper’s fondest high school memories were on the field.

The 4.0 student-athlete will serve in National Guard, pursue nursing degree.