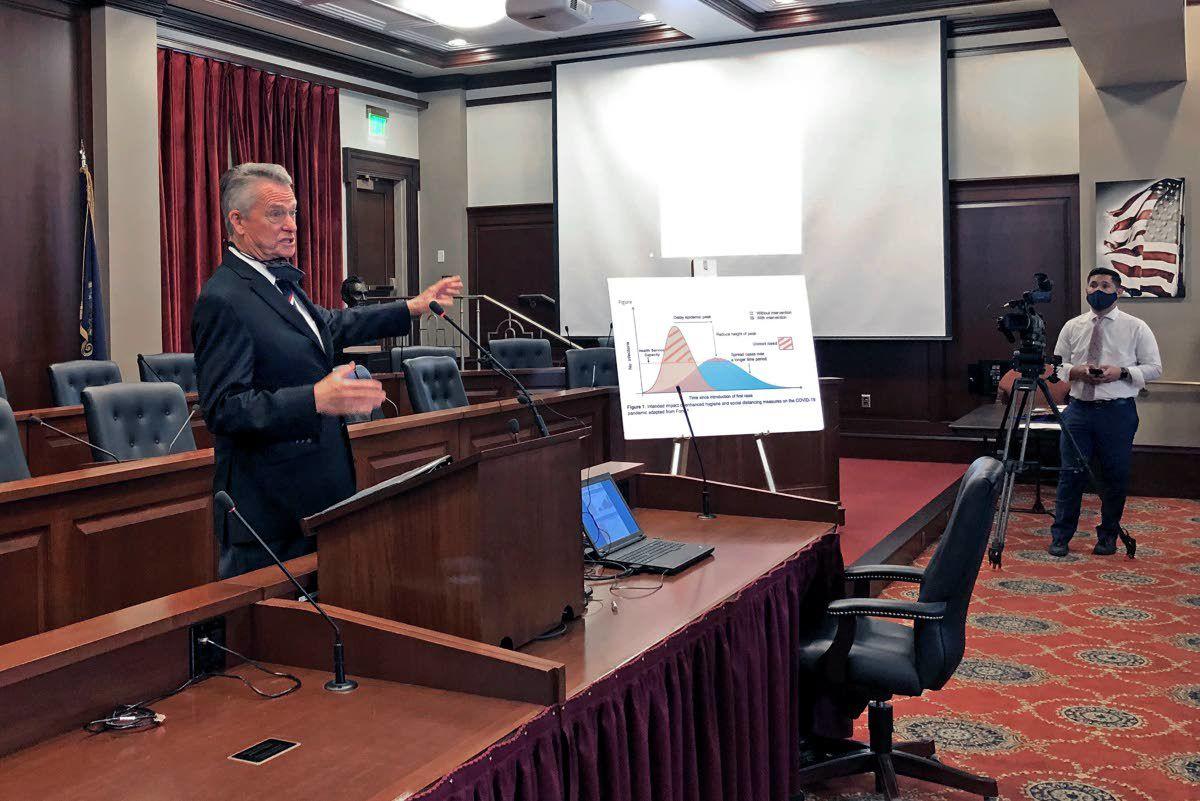 Idaho Republican Gov. Brad Little announces that there are too many coronavirus infections for him to lift additional restrictions, and that the state will remain in the fourth and final stage of his plan to reopen during the pandemic, Thursday, June 25, 2020 in Boise, Idaho. The governor also said Thursday that he's moving the state to a regional response system for lifting restrictions. (AP Photo/Keith Ridler) 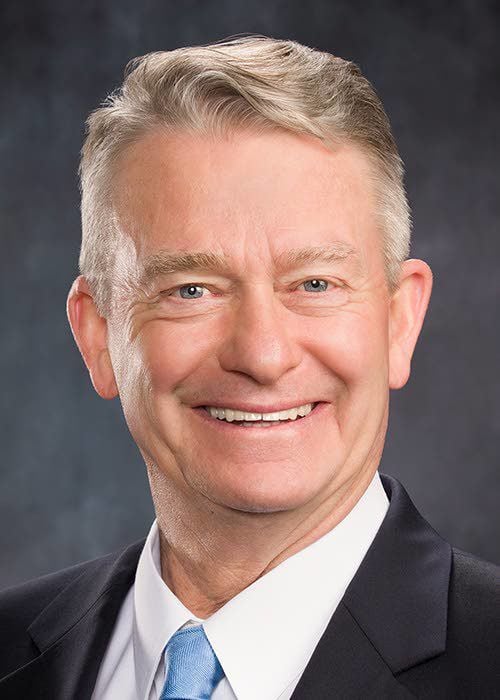 BOISE — The state will remain in the fourth and final stage of a reopening plan that had been due to expire this weekend, Idaho Gov. Brad Little said Thursday, citing too many COVID-19 cases.

The Republican governor also said he’s moving the state to a regional response system that will allow local officials to decide on restrictions with his oversight.

Stage 4 was originally scheduled to expire Saturday. It allows gatherings of more than 50 people, as long as precautions are taken. It will now remain in effect for at least another two weeks.

The state has six metrics for advancing through the stages that were set at roughly two-week intervals. But it failed to meet further criteria as infections soared in the highly populated southwestern part of the state.

Health officials said that during the last two weeks, the average percent of people testing positive for the virus exceeded 5 percent, and the illnesses among health care workers exceeded allowable limits.

State epidemiologist Christine Hahn said investigations determined that health care workers were getting infected in their communities, not on the job.

According to Johns Hopkins University, Idaho on Thursday had as much as 4,402 cases and 89 deaths. Many of the new cases are linked to people going to bars in Boise and the surrounding area that opened several weeks ago.

Officials already moved Ada County, which includes Boise, back to stage 3 restrictions on Wednesday, closing down the bars.

The move to regional decision-making is a major change from Little’s plans early in the pandemic. But he said it was justified due to increased knowledge of the virus and the state’s greater ability to respond. He noted that nine of Idaho’s 44 counties have no confirmed cases.

Little said decisions on lifting restrictions will be a collaborative decision involving himself, the health districts, local mayors, and Idaho Director of Health and Welfare Dave Jeppesen.

Jeppesen noted that the state has significantly increased its testing ability to 10,000 people a week, though he said the state was still short of where it wanted to be and was working toward additional testing.

Little said he would step in if it appeared local officials were creating conditions for the virus to spread unchecked. “I don’t want to do that, but I will if I have to,” Little said.

Little said the key metric he’s responsible for is making sure the state has enough ventilators and beds in intensive care units for those who become extremely ill. The state is looking good currently on both those metrics after an initial scare when the virus first entered the state and filled intensive care units in the Twin Falls area.

For most people, the coronavirus causes mild or moderate symptoms, such as fever and cough that clear up in two to three weeks. But for some — especially older adults and people with existing health problems — it can cause more severe illness, including pneumonia and death.