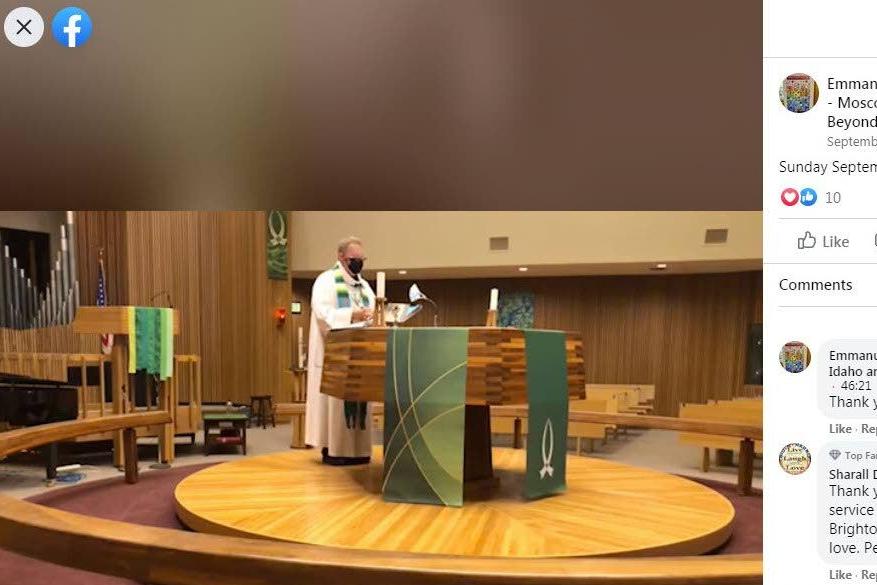 The Emmanuel Lutheran Church pastor leads an online church service on Sunday in Moscow in this screen shot from Facebook. 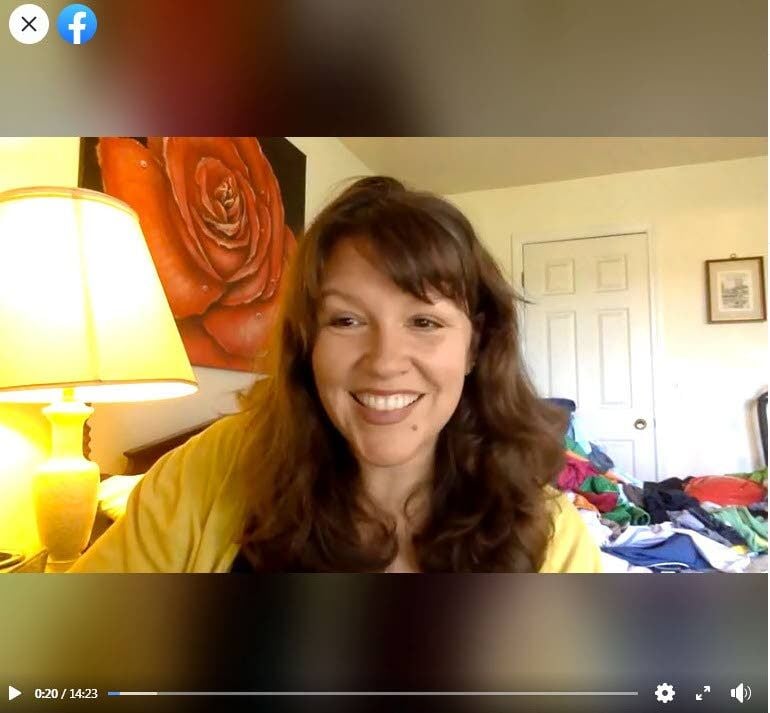 The Emmanuel Lutheran Church pastor leads an online church service on Sunday in Moscow in this screen shot from Facebook.

With Moscow’s face mask/social distancing order coming under fire from some faith-based groups, many local church leaders say they support the mandate or at least plan to follow the new rules.

The order, which took effect in early July, was issued by Mayor Bill Lambert and requires people to maintain 6 feet of social distancing in public or to wear face coverings where social distancing is impossible. The Moscow City Council has extended the order three times. The latest extension of the order expires Jan. 5, but the council can vote to cancel the order at any time.

Many community members have questioned the legality and effectiveness of the move in ensuing City Council meetings. Because the order has had a direct effect on how church services can be performed, some religious organizations have argued the order violates their First Amendment rights to peaceably assemble and freely exercise their religion. Wednesday, a “flash psalm sing” event hosted by members of Moscow’s Christ Church outside City Hall appeared to protest the order.

“We wanted to make a statement we’re ready to head back to normal,” Christ Church Pastor and event organizer Ben Zornes said Wednesday.

Representatives from several Moscow churches said Thursday they were in support of the city mandates. Others said they at least plan to comply. The Rev. Dave Daugs with Emmanuel Lutheran Church said he also must comply with rules handed down by the church’s national body, which largely parallel orders issued by the City of Moscow.

“Our congregation actually wrote a resolution to support the City of Moscow with the practices they do in the context of (COVID-19),” Daugs said. “We want to lean on the side of compassion and caring for the neighbor more than we care for what we want or what we think we need.”

Daugs said his church has largely been conducting services online or outdoors in the interest of safety — though they have hosted a handful of indoor, socially distanced services in preparation for the colder weather.

The Rev. Debbie Sperry with Moscow First United Methodist Church said they also have been conducting services online and outside and direction from her bishop has been clearly in support of safety protocols. She said these guidelines — which also mirror Moscow’s orders — are “based in biblical and theological principles.”

“For us, wearing a mask is part of ‘do no harm’ and ‘love your neighbor’ — social distancing is part of the same,” Sperry said. “We’re seeking to protect people in the midst of a pandemic, that we continue to learn things about weekly, if not daily ... because we’re still learning, we have to be extra cautious.”

The Rev. Norman Fowler with Moscow First Presbyterian Church said he doesn’t see these orders as a threat to his congregation’s right to assemble or freely exercise their religion. He said in times of crisis, it is acceptable to endure some amount of inconvenience in the name of safety and noted the orders are not permanent.

He said even in the present turmoil, it is important to deal with the reality of the situation practically while keeping the wellbeing of the community in mind.

“Part of our calling of faith is to be a community, to acknowledge that that is where we gain some strength and encouragement that we don’t have on our own,” Fowler said. “Even while we’re distanced from one another, we still retain that sense of community by keeping in touch and encouraging each other.”

Simmons, who has won awards for her religion reporting and has spent almost 20 years covering the subject, said from her perspective, many conservative, evangelical churches see such mandates as an attempt by the government to restrict worship. Others, she said, may be suspicious of those responsible for informing the public.

“I think some of these groups who are gathering in person or who are defying the masking guidelines and so forth, don’t trust what the government’s telling them about COVID — they don’t believe the numbers,” she said. “There’s a huge distrust in the government and a huge distrust in the media who is reporting on these facts and figures, and so that distrust is trickling down to so many things right now and I think that’s a huge part of the problem.”

There are a few churches in Moscow that appear to be flouting city mandates but for the most part, Simmons said local religious groups are following the rules.