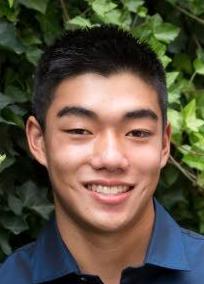 Teachers across the country agree many students have been struggling with online learning, but with the help of his friends, one Pullman High School senior formed a student tutoring group with the hope of meeting an inflated need for help with classwork.

Kellan Yoshikawa, 17, said he first learned that more and more students in his district were struggling while watching virtual school board meetings and work sessions. As a student himself, he said he felt compelled to find a way to help his peers — especially those who began their high school careers in the midst of the pandemic.

“I couldn’t imagine entering high school online and starting learning online, so I felt like I needed to do something with the resources that I have,” he said. “I have a lot of friends that are pretty knowledgeable in those subjects, so I felt like I could lend a hand to those students needing help.”

Yoshikawa said he couldn’t have put the program together without the enthusiastic participation and support from his friends. He said he first told them of the idea in a group chat and they quickly became his first volunteer tutors. After getting the green light from PHS Principal Juston Pollestad, even more people signed up to tutor.

Yoshikawa said the program currently has around 30 student tutors capable of helping their peers with a variety of subjects including math, Spanish and French.

PHS paraprofessional Eve Strongoni, who runs the school’s tutoring program in a normal year, said Yoshikawa’s determination and commitment for the project was impressive from the start. She said with classes being delivered largely online for the fall semester, the tutoring programs she typically helms were not being offered to students.

“This year, we didn’t have anything going on,” Strongoni said. “But then Kellan contacted me and he said, ‘No, we really need a tutoring program,’ and he was all done — he already had students that wanted to do it.”

Strongoni said Yoshikawa called her the week before Thanksgiving break with the idea, met with her and Pollestad to strategize and by the Monday following break, he had all the pieces in place.

The problem now, she said, is attracting students to actually use the service. So far, Yoshikawa and Strongoni said only a handful of students have signed on for peer tutoring. While there is certainly a need, Yoshikawa speculated many students need a little push before they feel comfortable seeking help.

Pollestad said struggling students are almost always best served when they can be given one-on-one time with an instructor or a tutor. He said such services also often help with the emotional needs of students who may be feeling a little isolated.

“I think the need is a connection with people — a lot of us were being isolated so much just because of the situation not because of anything anyone has done,” Pollestad said. “To be able to find ways to connect with each other, both peer to peer and teacher to student has been important.”

Yoshikawa agreed that sometimes a social-emotional connection is what students need to succeed. He said that is a perfectly appropriate reason to sign on for tutoring services.

“If students log on to our tutoring program, and then if they just want to talk or something, then we can be there for them that way,” he said. “It doesn’t necessarily have to be helping them with math or Spanish or science. Sometimes it’s just about making connections.”

Student tutoring services are available via Zoom, Mondays, Wednesdays and Fridays from 3 to 4 p.m.