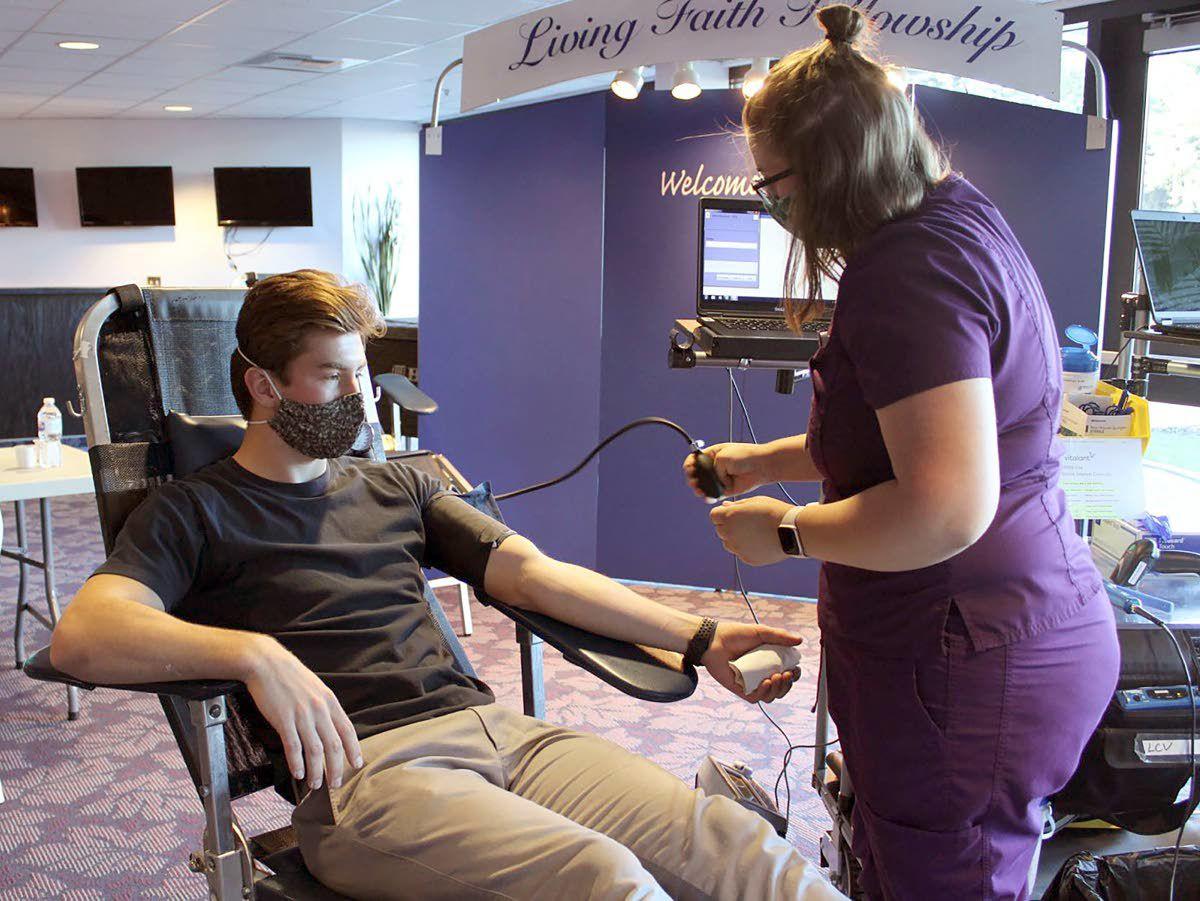 Vitalant phlebotomist Brylee Hurles checks Noah Nimmer’s blood pressure on May 8 in Pullman. Nimmer, a senior at Pullman Christian School, was participating in a blood drive organized by his class. 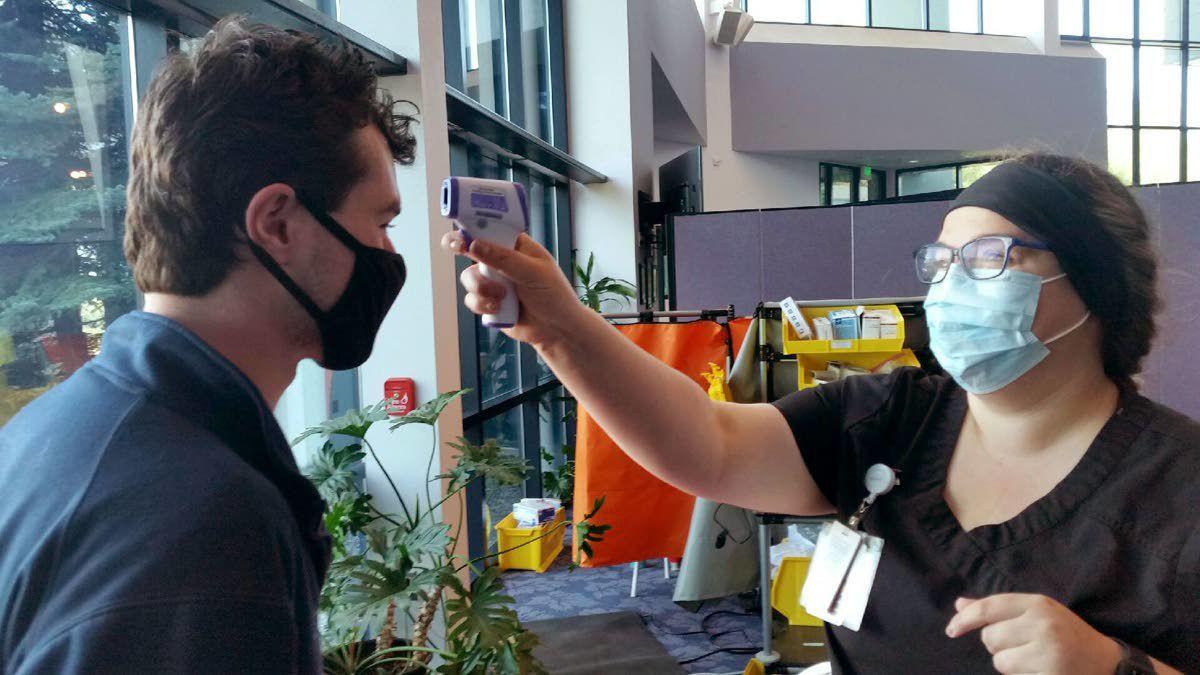 Vitalant phlebotomist Rudi Irby takes Garrett McClure's temperature before he donates blood on May 8 in Pullman. The blood drive was organized by McClure and other seniors at Pullman Christian School.

Vitalant phlebotomist Brylee Hurles checks Noah Nimmer’s blood pressure on May 8 in Pullman. Nimmer, a senior at Pullman Christian School, was participating in a blood drive organized by his class.

Vitalant phlebotomist Rudi Irby takes Garrett McClure's temperature before he donates blood on May 8 in Pullman. The blood drive was organized by McClure and other seniors at Pullman Christian School.

While many would be tempted to hunker down and wait out stay-at-home orders and school closures related to COVID-19, one group of high school seniors has found a way to give back — and they’re not done yet.

Friday, Pullman Christian School’s graduating class of 2020 organized a blood drive where students donated blood in the hopes that it would help in the fight against the pandemic.

Garrett McClure, who helped organize the event, said when the shutdowns first interrupted their senior year, he and his classmates began brainstorming ways to help their community weather the storm however they could.

“We just figured that there has to be something nice that we can do to make a difference even though our senior year has kind of come to a standstill,” McClure said. “We were figuring out local opportunities that we can do and we knew that the church always hosted a little blood drive and we thought it’d be really cool to donate some blood — actually, for most of us, it was our first time donating blood.”

McClure said the drive was held at Living Faith Fellowship Church and the nonprofit group Vitalent managed the procedures. Those who attended the blood drive observed social distancing guidelines including wearing masks and remaining at least six feet apart from other attendees. While the event was an eminently safe environment in which to have blood drawn, McClure said some PCS seniors declined to attend over social distancing concerns, which he said was more than understandable.

He said of PCS’s eight graduating seniors, five donated blood and even those who could not donate found other ways to help. Other community members showed up to donate as well.

“I am so proud of our seniors for choosing to think of giving to others during a time that it would be so easy to focus on the things they have lost surrounding their graduation year,” PCS Principal Sherri Goetze said in an email, noting the school strives to instill values in its students like being service-oriented. “These students need to know that they can make a big difference and truly be world-changers by the simple day to day choices that they make — and they have done that all year long.”

Samantha Shaffer, a classmate of McClures, said the students were able to conduct much of the planning online. She said with such a small graduating class, the group was already pretty tight-knit and had been keeping in contact through a group chat on social media. She said the prospect of collaborating on a project that serves their community was hard to pass up for a number of reasons.

“First of all, it’s really cool to be part of something like helping other people helping the community,” she said. “Also, I get to do it with my class — especially since we’re not allowed to … spend the last few months of senior year together — it’s nice to do something as a class.”

Shaffer described her classmates as extremely close, “kind of like 'Boy Meets World,' ” apparently unconcerned that the sitcom in question aired its final episode two years before she was born.

McClure said the class already has other service-oriented efforts in the works. He said he has already helped start a GoFundMe where people can donate to the Pullman Regional Hospital Foundation. Additionally, in the near future, McClure said he plans to launch a group on social media where they can challenge other high school seniors to perform acts of service in their own communities.

“Why would we waste what we have left of our senior year just being kind of sad for the fact that we’re missing stuff?,” McClure said. “I feel like it would be so much better to go and help people and actually accomplish something that’s honestly pretty cool.”