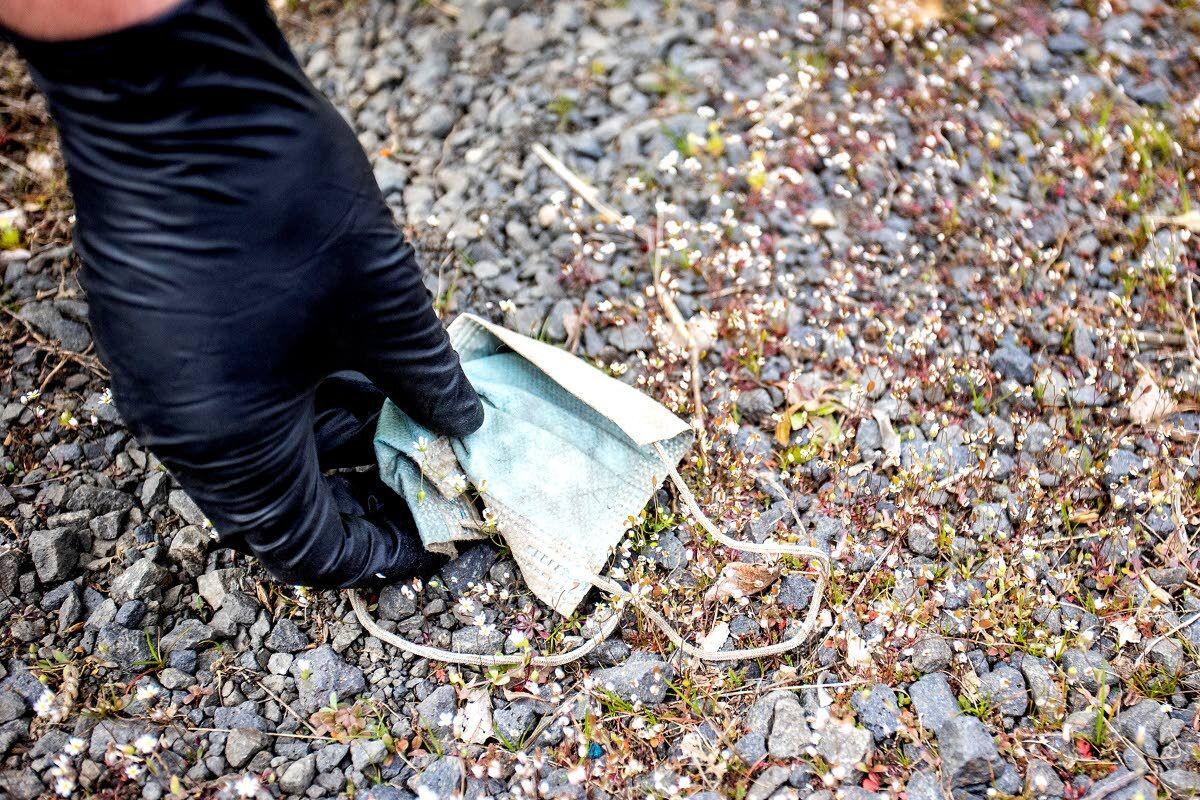 A volunteer picks up a discarded mask an April spring cleanup event in Pullman. 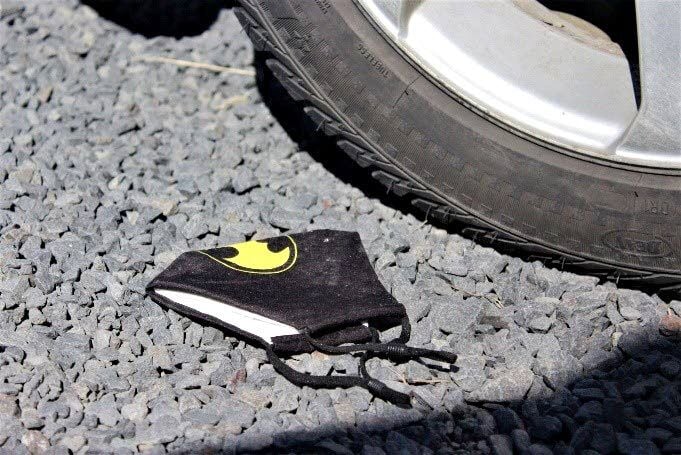 A Batman mask is discarded in a gravel parking lot just outside Moscow along the Latah Trail. 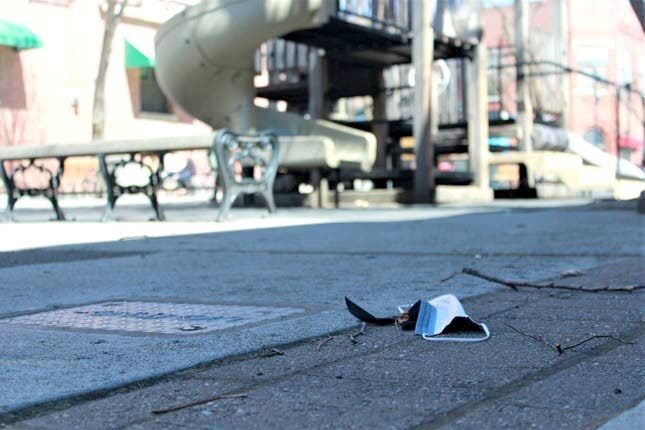 A discarded mask near the playground in Moscow's Friendship Square. 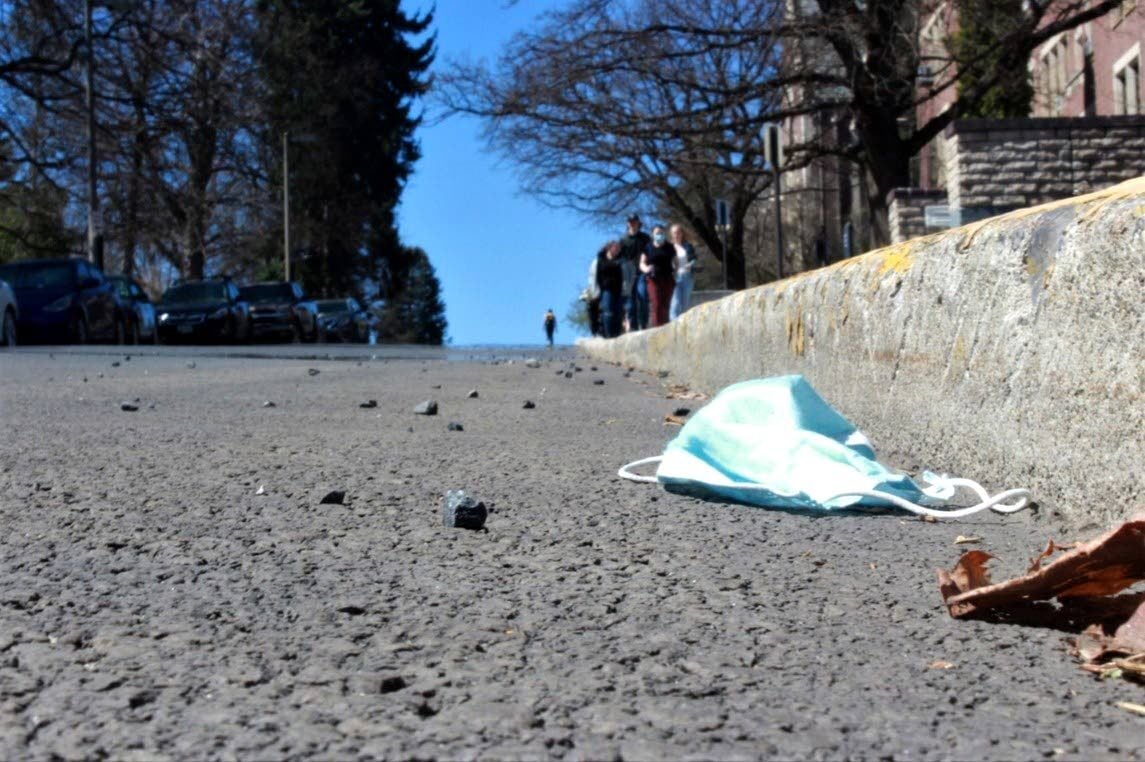 A freshly discarded medical mask sits along a curb in front of Phi Gamma Delta on University Avenue in Moscow. 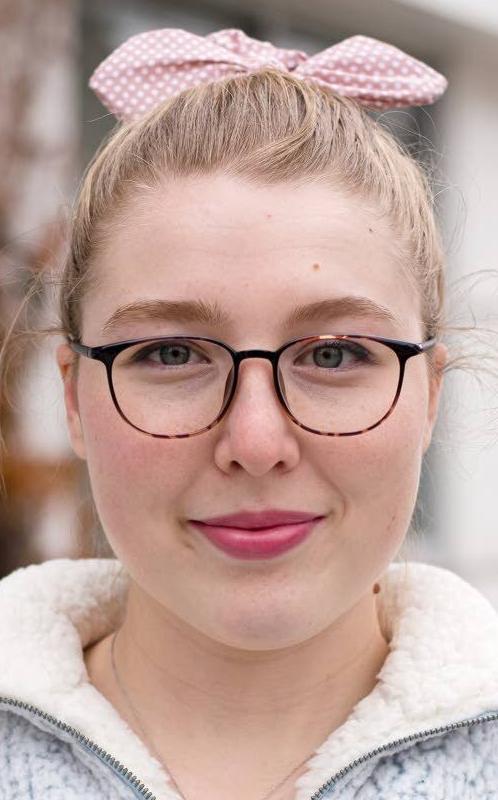 A volunteer picks up a discarded mask an April spring cleanup event in Pullman.

A Batman mask is discarded in a gravel parking lot just outside Moscow along the Latah Trail.

A discarded mask near the playground in Moscow's Friendship Square.

A freshly discarded medical mask sits along a curb in front of Phi Gamma Delta on University Avenue in Moscow.

The COVID-19 pandemic has affected most every aspect of life the past 14 months, from the separation of our home and work to the food we eat. It even affects our trash.

With most of Moscow masked up — there’s masks in people’s pockets, cars, purses, backpacks, dresser tops and so many other places — it’s a given there is going to be an increase of masks being thrown out.

The disposal of masks has likely increased following the recent decision by the Moscow City Council to lift the city’s health emergency order, which mandated face coverings be worn in public where 6-foot social distancing could not be maintained with nonhousehold members.

Before and after the mandate was lifted, it’s become the norm to see masks, disposable or not, scattered across Moscow’s streets, sidewalks and parks.

Terri Lesley, a landscape maintenance technician at the University of Idaho, said out of the seven people on her team, each of them finds around five or six discarded masks a day. With 16 weeks in a semester and five work days each week, that equates to about 400-480 discarded masks going to landfills every semester.

Lesley said the landscaping team picks up any masks they see and places them in the trash, but wishes there was some effort to wash, sanitize and regift discarded cloth masks as a way to reuse them after they’ve been abandoned.

Lesley said job cuts in her department included early retirement for older employees and removing positions deemed unneeded by the university. The lack of hands on deck and funding for recycling programs combined with an increase in pandemic waste has created a situation where UI would be unable to provide a means to wash and sanitize reusable masks.

“There hasn’t been (operations to wash masks), but there should be,” Lesley said. “Because there’s a lot of effort that goes into those, and money. But early on I think people were making them more, mass producing them at home and giving them out. So no, they just go straight into the litter.”

Due to the budget cuts, the UI recycling program was cancelled in April 2020 because the cost of operation became more than the cost of putting recyclables into the solid waste stream, according to the university’s recycling webpage.

Josh Lunt, Moscow Recycling Center’s manager, said they don’t accept any type of fabric at their facility due to the cost of recycling it.

Hope Center, one place in Moscow which takes cloth scraps and old clothes to recycle and reuse, does not accept used masks.

The center does accept donations of masks that are new, clean and packaged, but it does not have the ability to wash masks and reuse them, said Steve Otto, the lead training manager at Hope center.

Otto said they pack up the clothing they plan to recycle in 800-pound bales and truck them to Seattle where they are distributed around the world. He said only about 5 percent of the fabric going through the Hope Center is recycled. Most of it ends up in landfills.

Otto said the Hope Center used to wash what clothing and fabric came their way, but simply don’t have the time or resources to be able to keep up with it anymore.

“Due to the sheer volume of material, we’re lucky if our stuff gets run through a dryer before we send it off,” Otto said.

Anteia McCollum, a Kendrick High School graduate, is a journalism major at the University of Idaho and editor-in-chief for the Argonaut, the university’s digital-first student newspaper. She also is a combat engineer with the Idaho Army National Guard. McCollum wrote this story in Kenton Bird’s Reporting II class during the spring semester. It is being published as part of partnership with the UI Journalism and Mass Media Department.