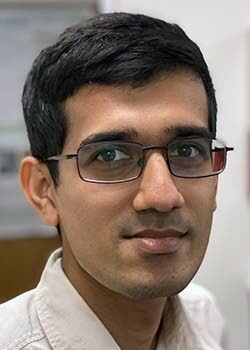 How do memory cards work?

Memory cards can help us store all kinds of information — from pictures to songs to videos.

While some of the early computers were as big as two refrigerators, they had only enough memory to store what would today be a single photo. Now, we can store thousands of photos on a memory card the size of a fingernail.

One device that changed the way we could store information was the super-tiny transistor. My friend Ganapati Bhat, an assistant professor at Washington State University, told me more about it.

A transistor is about 2,000 times thinner than a strand of human hair. You can think of it as an electrical switch inside the memory card.

Transistors help the memory card determine if an electrical current should “stop” or “go” along the circuit board — and there can be billions of these transistors on a memory card.

The language has just two symbols: 1 and 0. The 1 and 0 are known as bits. When enough bits come together, we call them bytes.

In computer language, a “0” means “off”, so the transistor will stop the flow of electricity. A “1” means “on”, and the tiny transistor keeps the electricity flowing.

If we wanted to store the word “hello!” on the memory chip, it would require this binary code:

Meanwhile, your device uses software to translate the binary language, so all those ones and zeroes show up in the form of photos, music or the phrase “hello!”.

In fact, most computers store data this way, but some devices can’t store it forever. As soon as you turn off the device, the data is lost. Scientists and engineers who wanted to come up with a way to store data for longer amounts of time designed something called a flash transistor.

But flash transistors in a memory card have two gates. Some of the electricity sneaks up from the bottom gate into the top gate stays there. It sort of traps the electricity, so the memory card can continue to store information, even when it isn’t inserted into your device.

Over the years, humans have figured out how to put a lot of information into tiny storage devices. It’s something to think about the next time you text a friend a picture, listen to your favorite song or upload a school project on a flash drive.

Have a science question? Ask Dr. Wendy Sue Universe, WSU’s resident science cat and writer, by email at Dr.Universe@wsu.edu, on her website at askDrUniverse.wsu.edu, via Twitter at @AskDrUniverse or at facebook.com/AskDrUniverse.