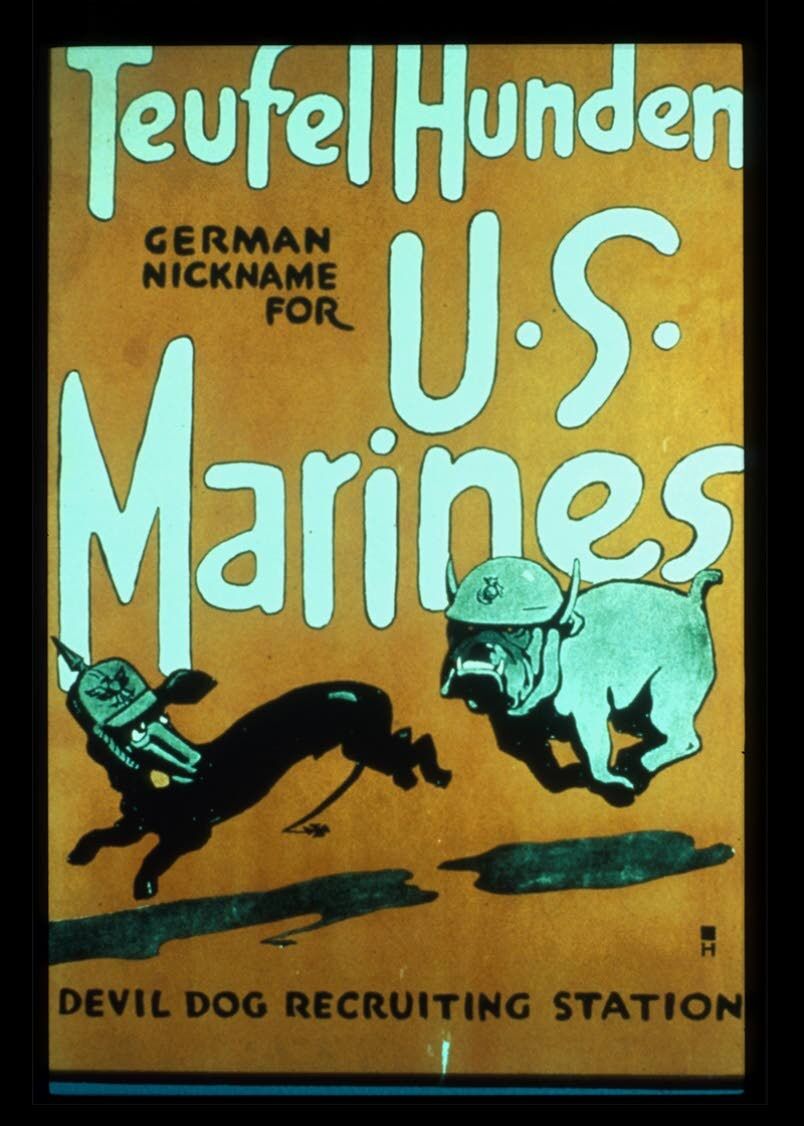 A couple of weeks ago, I used the term “Devil Dogs” in a column mentioning the first Marine Dog Platoon and a reader wrote to correct me; something I greatly respect.

Harry Lisk of Pullman said in his handwritten letter he had been a “former” U.S. Marine from 1969-72. My Marine friends would be quick to correct that with a friendly denouncement and a raise of the mug that there is no such thing as a “former” Marine.

Lisk wrote that the term Devil Dogs originated in June of 1918 at the Battle of Belleau Wood in France. He is right. However, it was not used to describe dogs. It was used to describe heroic Marines fighting in one of the deadliest battles up to that time.

According to the official website of the U.S. Marine Corps, “The conduct of the Sixth and Fifth Marines there made the Corps legendary.”

The Battle of Belleau Wood was strategically important because Russia had left the war. Then 50 German divisions moved from the Eastern Front to France. Germany then launched its last desperate spring offensive. They overran the British 5th Army and got within 40 miles of Paris.

The battle lasted a month and often was fought with bayonets. The U.S. Marines advanced against well-emplaced German machine guns and suffered heavy losses estimated at more than 50 percent. Nonetheless, the Marines managed to push the Germans back and take their objectives.

The victory led General Pershing to say, “The deadliest weapon in the world is a Marine and his rifle!” I suspect this famous quote likely is where the term Devil Dogs piggybacks through history to basic training.

As Lisk pointed out, the Marine history says, “we got our nickname Devil Dogs from official German reports which called the Marines at Belleau Wood, ‘Teufel Hunden.’ ”

The nickname allegedly came about from Marines being ordered to take a hill occupied by German forces while wearing gas masks. While the Marines fought their way up the hill, the heat caused them to sweat profusely, foam at the mouth and turned their eyes bloodshot, and at some points the hill was so steep it caused the Marines to climb up on all fours.

From the Germans’ vantage point, they witnessed a pack of tenacious, growling figures wearing gas masks, with bloodshot eyes and mouth foam seeping from the sides, advancing up the hill, sometimes on all fours, killing everything in their way. As the legend goes, the German soldiers, upon seeing this spectacle, began to yell that they were being attacked by “dogs from hell.”

Devil Dogs along with the term Leatherneck have become synonymous in identifying U.S. Marines and their valor.

But, in this time of revisionist history, there is some controversy. On the Stars and Stripes, Rumor Doctor blog this origin is questioned.

The usage of the German words for devil and dogs (plural) are written in the wrong tense on the poster. This was likely made up by a nonnative speaker.

My guess at the origin is it came from some flack in a PR firm hired by the government at the time.

Regardless, I’ll gladly award the term and its adoption to the Marines despite its origin. In no case do I want snarling dogs or fighting Marines charging after me.

Charlie Powell is the public information officer for the Washington State University College of Veterinary Medicine, which provides this column as a community service