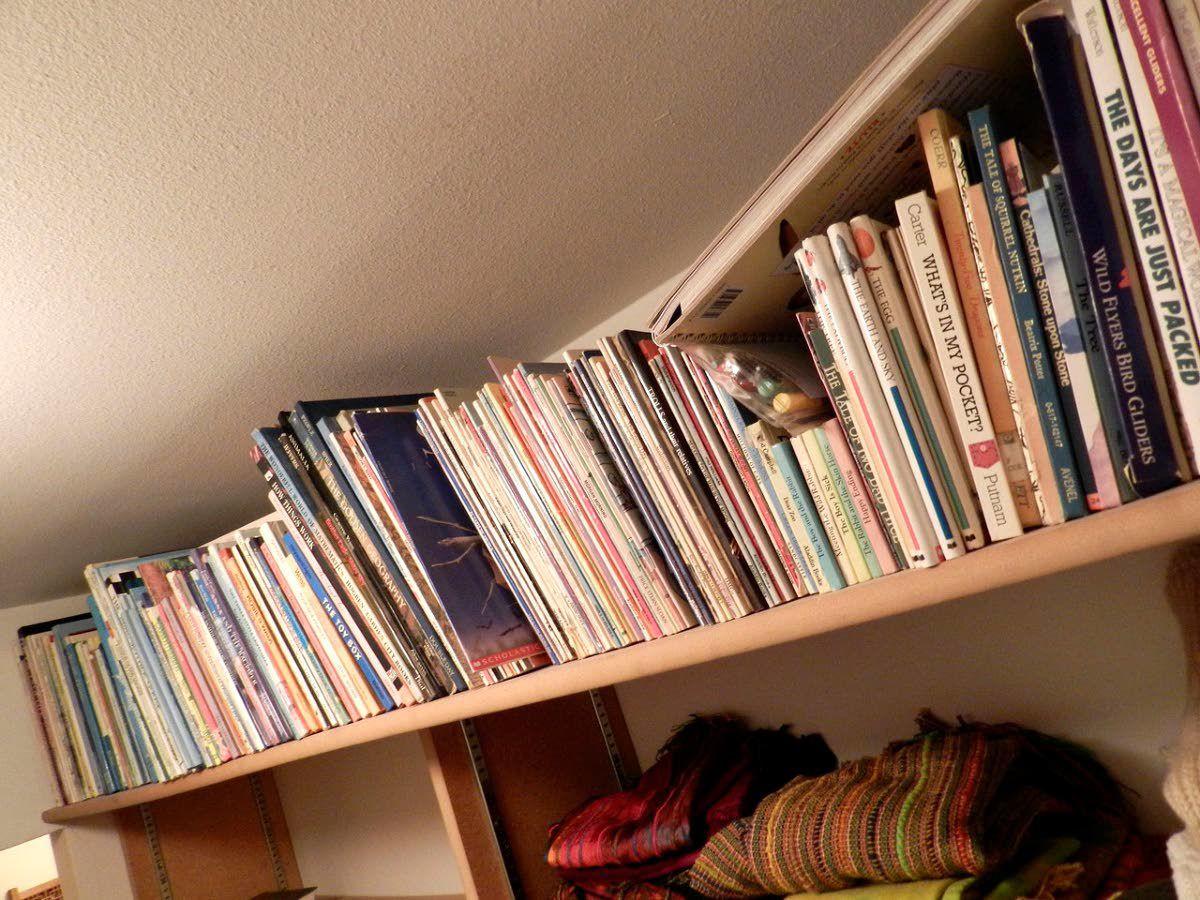 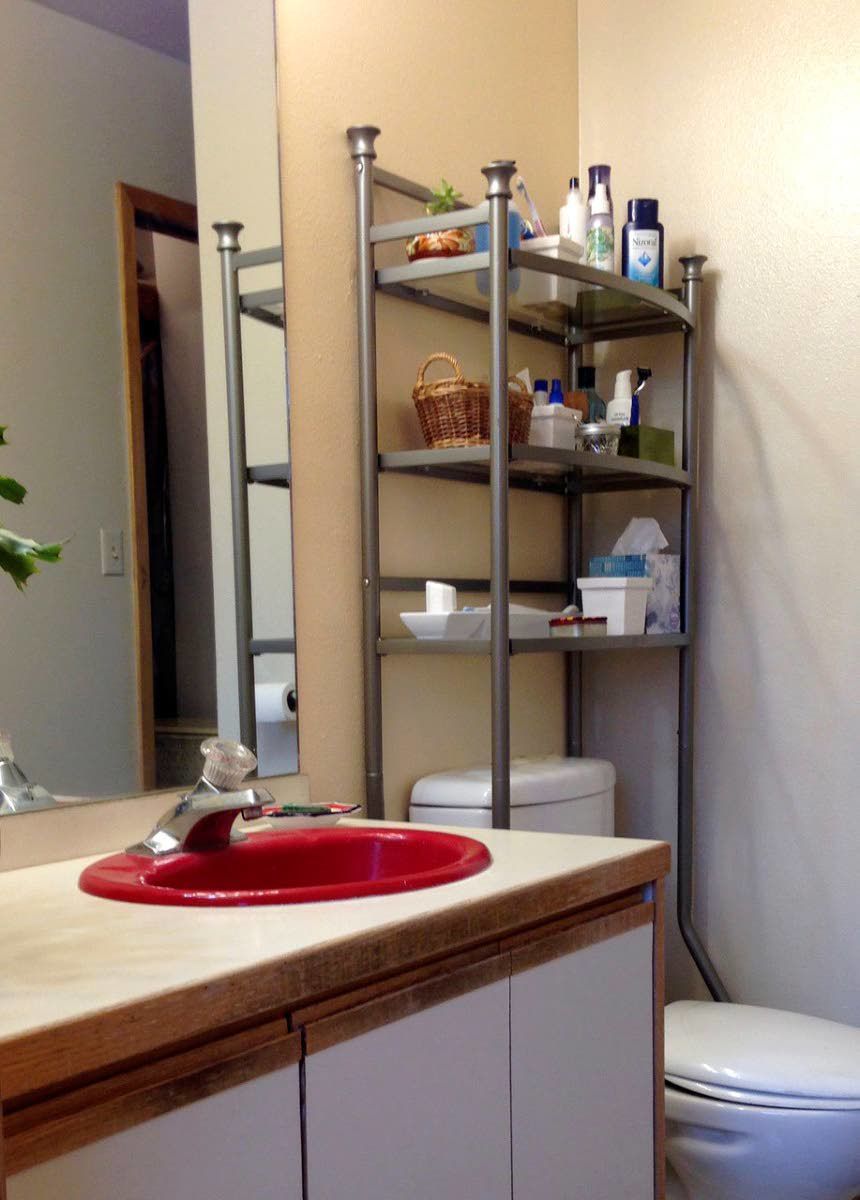 Jeanne Leffingwell's book sorting project ended with a new tower in the bathroom.

Jeanne Leffingwell's book sorting project ended with a new tower in the bathroom.

It was Saturday morning and I already had plans for the day, but my bedside was out of control. Slippers, books, notes, yoga gear, magazines, clean laundry that hadn’t been put away, and there were baskets of “et cetera.” Seeing this before I roll out of bed really takes a toll.

Now, as a baby boomer, I understand the value in keeping a toilet plunger even if it doesn’t spark joy for me, so I consider Marie Kondo a touch insipid. But I had to admit, a little magical tidying was in order this morning.

So right after breakfast, I hauled out the vacuum and started picking up pillows and some children’s books. That was a project started before our only grandchild (so far) was even expected, because I’d grown weary of our top closet shelves groaning under a massive juvenile library. Much of it was the largesse of now 6-month-old Remy’s great-grandparents. Sentimentally important, yes, but did we need to pass down every volume?

I was planning to move my own favorite books to a low, kid-reachable shelf beside my bureau, and temporarily store the rest. On their respective next visits, our own kids could check to make sure I hadn’t missed any of their favorites, and then we’d donate all the rest.

So I pulled the rest of the kiddo books down off the shelves and covered our bed with little stacks. There they waited, because in order to work I needed to clear the floor near the lower shelf (and also the shelf).

Putting away some slippers, I noticed that all my husband’s trouser hangers were extremely dusty on the tops, since he pretty much only wears jeans now.

I was feeling benevolent, so I spent the next few minutes running the vacuum upholstery brush over the trousers, and realizing that a few of those hanger dustcover things might be a good investment.

Still feeling benevolent, I stowed all his homeless ties — rarely worn since the advent of his Hawaiian shirt era. Let’s see if he notices that, or the fact that I also replaced his bent clothes rod with a stronger dowel I just happened to have. It only needed to be shortened, and I actually found the saw with no problem either.

OK, back to the bedside. Trying to fit clean folded socks in with my leggings I realized they needed a drawer of their own. This entailed emptying out all the drawers and purging T-shirts, underwear, nightclothes, and my personal travel kit. Plus reorganizing all the jewelry, cash and gold that burglars always look in the bureau drawers first for.

Next, items from the bureau top. Mostly escapees from the bathroom, because there was no countertop space in there, another major thorn in my side. If the stupid glass shelf over the toilet wasn’t listing 4 degrees off the wall, it could hold more than one tissue box. I thought, “Isn’t there a little set screw or something that I can tighten?” I headed for the tool tote.

The screwdriver got no purchase whatsoever on the little screw underneath, so I called our handy son, in Portland. He confirmed, “Yeah, that eventually happens when the screws aren’t fastened into studs.”

So, bright idea: Find the studs, go buy a wider or skinnier shelf, remove this one and put a new one up.

Long story short: I went to the newly reopened housewares store, and wound up buying (along with hanger protectors) a nice 3-shelf tower that stands on the floor behind the toilet. No studs needed, and nothing hanging off the wall.

I brought the tower home, opened up the carton, took the pieces out, checked off the parts and carefully read the instructions.

Wow! Every piece was there, even marked correctly. And although I needed a sturdier screwdriver than the one included, it all went together smoothly. How often does that happen?

Soon it was time to set it up behind the toilet.

One problem: I hadn’t finished taking that silly shelf down. My son had said, “If you can’t unscrew it, take your power drill and an older bit, and just drill the set screw out.”

I’m not as strong as my son, and after totally ruining a couple bits I tried more serious wiggling. The first side came off, and the shelf was hanging straight down. I couldn’t quite wiggle the other side off … but finally it seemed pretty loose … and that’s when the sheetrock split.

I went and watched a couple YouTube videos about patching sheetrock, then went to retrieve the spackling compound I knew we still had, the kind that dries white. And upon opening was rock hard and brown.

Next, after a trip to the hardware store, I prepped the hole, spread in some spackle, and then left it to cure overnight.

The hole wasn’t small, so it needed a second fill Sunday, and another rest before the sanding and painting. Yes, painting the entire wall too, because the “dries white” spackle and the white wall were no match for each other, and I knew I couldn’t live with that.

At least I found a leftover quart of semi-gloss. A different color from the other three walls, but I didn’t care. At least it wasn’t rock hard and brown.

Monday and Tuesday, the paint layers cured while the assembled shelf tower lay on it’s back in the hallway, surrounded by brushes, sandpaper, hardware, tarp, rags, and cleaning supplies. But the books were off the bed and finally sorted.

And by Wednesday afternoon my Saturday morning tidying was done, too.

Jeanne Leffingwell lives in Moscow. Reach her at jleffingwell4@gmail.com.