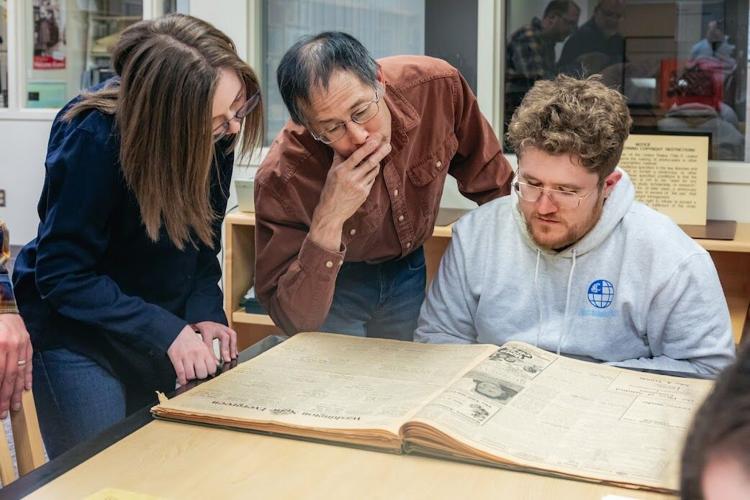 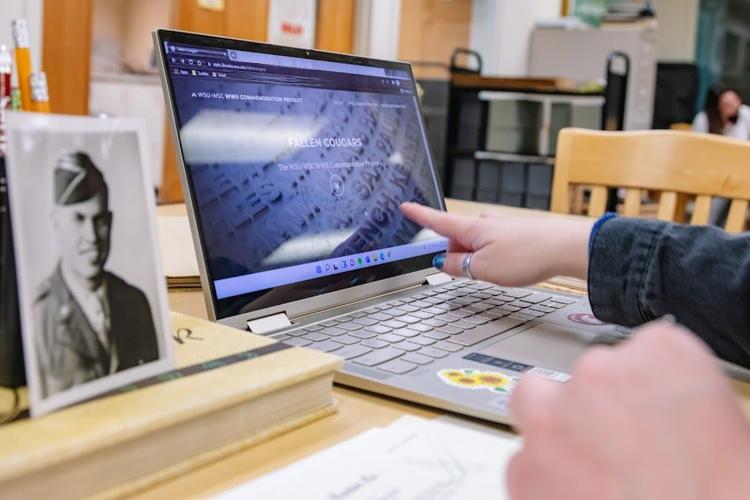 A student looks at digital documents as part of an ongoing project to tell the story of Washington State University's World War Two war dead. 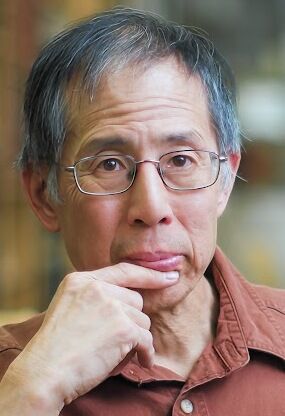 A student looks at digital documents as part of an ongoing project to tell the story of Washington State University's World War Two war dead.

In December 1941, the United States entered World War II after the bombing of Pearl Harbor. In Pullman, at Washington State College, Ernest O. Holland was the school’s president and would be through 1945.

It was during those years Holland started gathering names and information about many of the college’s war dead, with plans to compile the information in a book.

With the end of the war, and Holland’s presidency, plans for the book were set aside and largely forgotten.

The records remained at Washington State University until 2017 when a history professor would pick them back up with a new goal.

Raymond Sun, a WSU history professor, began a project to commemorate the school’s war dead from the 1940s. The project has taken the next five years and counting.

Sun said he attended a teacher’s conference hosted by the Friends of the World War II Memorial, and left with the task to create a service project centered on veterans and their communities.

“I think it (Holland’s book) got lost in the shuffle and so I decided for a research project that I would create a digital archive or a digital memorial to honor the fallen servicemen,” Sun said.

The project got off the ground with about a dozen volunteers from Sun’s class on World War II, who combed through records to build a biography of each veteran. The biographies include information about their life before attending Washington State College, what they did at school, their military service and where they are buried.

Jessica O’Rourke, a masters student in the WSU History Department, said she had known about the program since she applied to the graduate school. She participated over the summer on six names.

“I think that’s like the most emotional part of it is this project, it transforms these people from more than numbers and statistics to real people with tangible men who died,” O’Rourke said.

O’Rourke said she worked on six men, all students who ranged from as young as 20 to as old as 40.

Sun said there are about 250 names to research and since the project has started, biographies have been written on about half. Many of the names are memorialized at the Veterans Memorial on the college campus but some new names have been uncovered.

J.T. Menard, a history professor at Yakima Valley College, would spend his summer assisting Sun and the graduate students. Menard graduated from WSU in the spring of 2019.

He spent the summer helping gather information about the names in the Army Specialized Training Program. The program was established in 1942 and the pilot program launched at schools across the country in the spring of 1943. Many of the names he would research fought in the Battle of the Bulge.

Menard said researching these servicemen was a way to keep their memory alive. The additional information gathered gives a broader idea of who that person was, Menard said, besides a name.

“On the whole, so many of these guys were just young kids and their memories are fading rapidly,” Menard said.

Nelson can be reached at knelson@dnews.com.