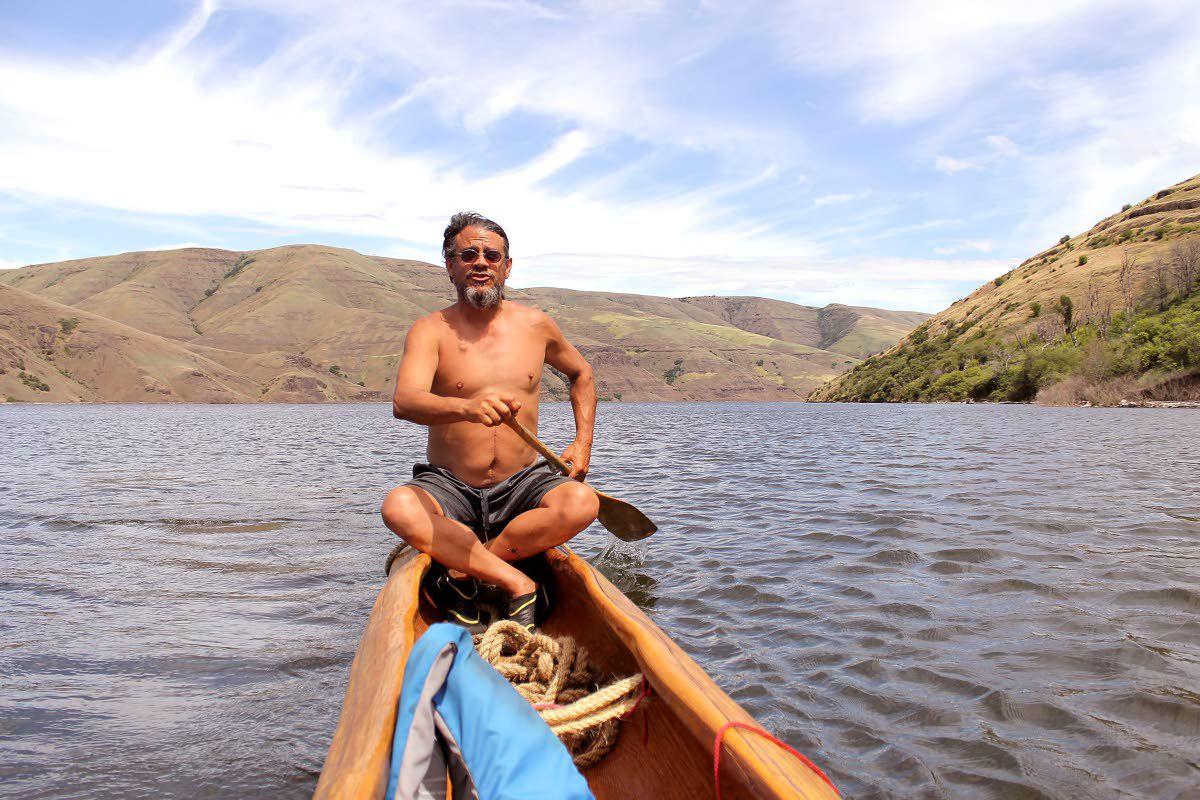 Ellen Dennis/Daily News Willow Bill pilots “New Medizine,” the 28-foot dugout canoe he hopes will carry him to the Pacific Ocean this summer. He said he relies on faith to meet people who will lend a hand when he needs help along the way. 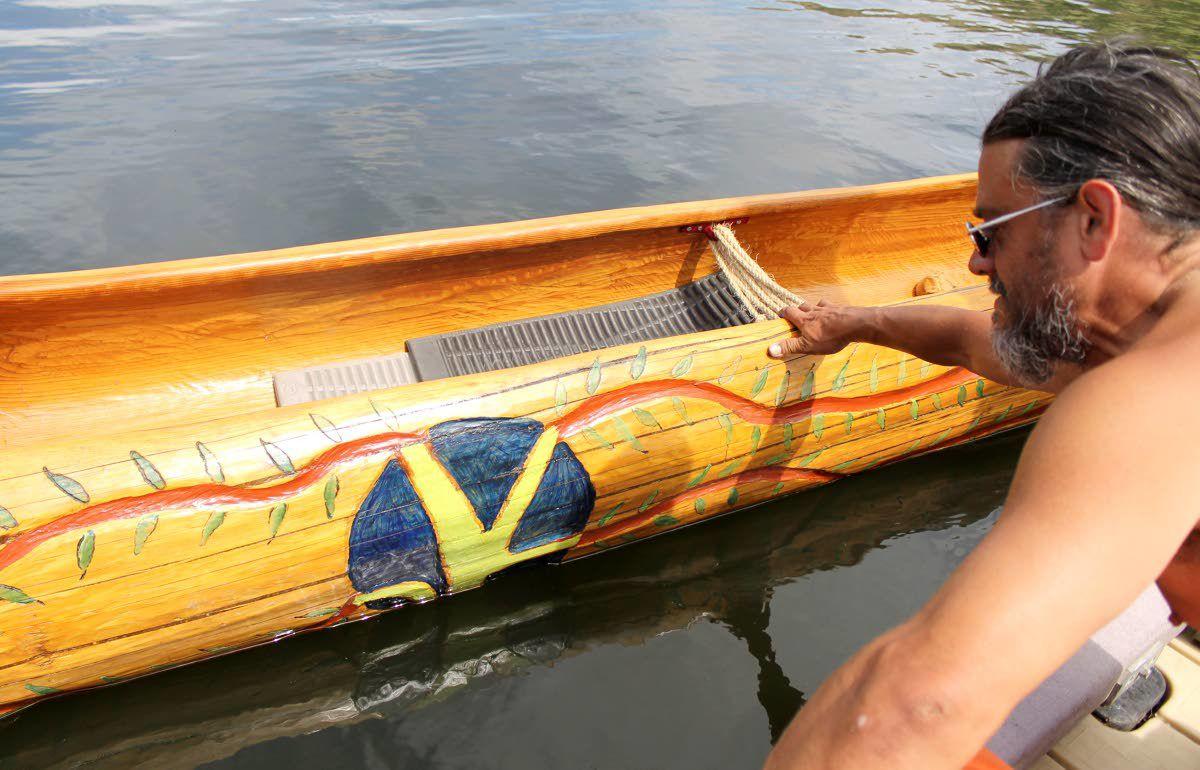 Ellen Dennis/Daily NewsWillow Bill tips his canoe to show off some of the detail he carved into what once was a 130-year-old western red cedar tree.

Ellen Dennis/Daily News Willow Bill pilots “New Medizine,” the 28-foot dugout canoe he hopes will carry him to the Pacific Ocean this summer. He said he relies on faith to meet people who will lend a hand when he needs help along the way.

Ellen Dennis/Daily NewsWillow Bill tips his canoe to show off some of the detail he carved into what once was a 130-year-old western red cedar tree.

Somewhere in Washington today, a man navigates the Snake River — paddling a 28-foot dugout canoe he built himself — and he’s not stopping until he reaches the ocean. His name is William Donald Goulardt, though he prefers to be called Willow Bill.

Willow Bill, 51, has been taking canoe trips through the vast river networks of the Northwest for more than 15 years, but his journey this summer is extra special.

He didn’t think he would be alive to make it happen.

“Last year, the doctors cut me in half,” Willow Bill said. “I had Stage 4 colon cancer, and it had spread to my liver. I was down to 130 pounds, looking at the Lord and saying, ‘do you want me to go do something else?’ He said, ‘no, keep working with canoes and spreading that love and joy.’ ”

Willow Bill decided to see that advice and raise it by building his very own dugout canoe in between his chemotherapy sessions last May. His final product was the impressive 28-foot “New Medizen,” which he carved from a 130-year-old western red cedar tree.

Earlier this month, Willow Bill began his journey and dropped into the Snake River at Hells Gate State Park near Lewiston. He is headed for the river’s confluence with the Columbia, where he plans to continue on his path all the way to his destination of Astoria, Ore, a port city at the mouth of the Columbia.

Willow Bill said he knew it was time to start planning his journey when the COVID-19 pandemic hit, because he believes his story will bring light to others in this time of darkness.

“I hope that by the time the Stage 4 colon cancer winner gets this to the ocean, maybe they’ll have a better idea about a cure for this stuff,” he said.

He said he expects to finish his 450-mile route and reach the Pacific in late August, but he’s in no rush.

“I’m not putting any time on it, because I’m trying to enjoy my trip,” he said. “This is about a Stage 4 cancer guy who’s recovering, and I hope I can help us all recover.”

Willow Bill said a handful of compact discs (his favorite being a Tom Petty album), surprisingly loud portable speakers and the friends he makes along the way help to keep him company on his journey.

He said he relies on faith to meet people who will lend a hand when he needs help along the way, such as river beach campers who offer him fresh ice for his coolers or motor boat owners who offer to tow him through dam locks.

“I’ve got different boats that will help me on this trip — I don’t have them all lined up yet, but a lot of people look out for me,” he said. “I’m pretty blessed.”

Willow Bill hopes to overcome the health battles he’s endured in tandem with the rest of the world by the time he completes his journey. Much like being a cancer patient has done to him, he said the global pandemic situation makes people feel small by causing them to lose their sense of self and reducing them to a statistic.

Ellen Dennis is the news clerk at Moscow-Pullman Daily News. She can be reached at briefs@dnews.com