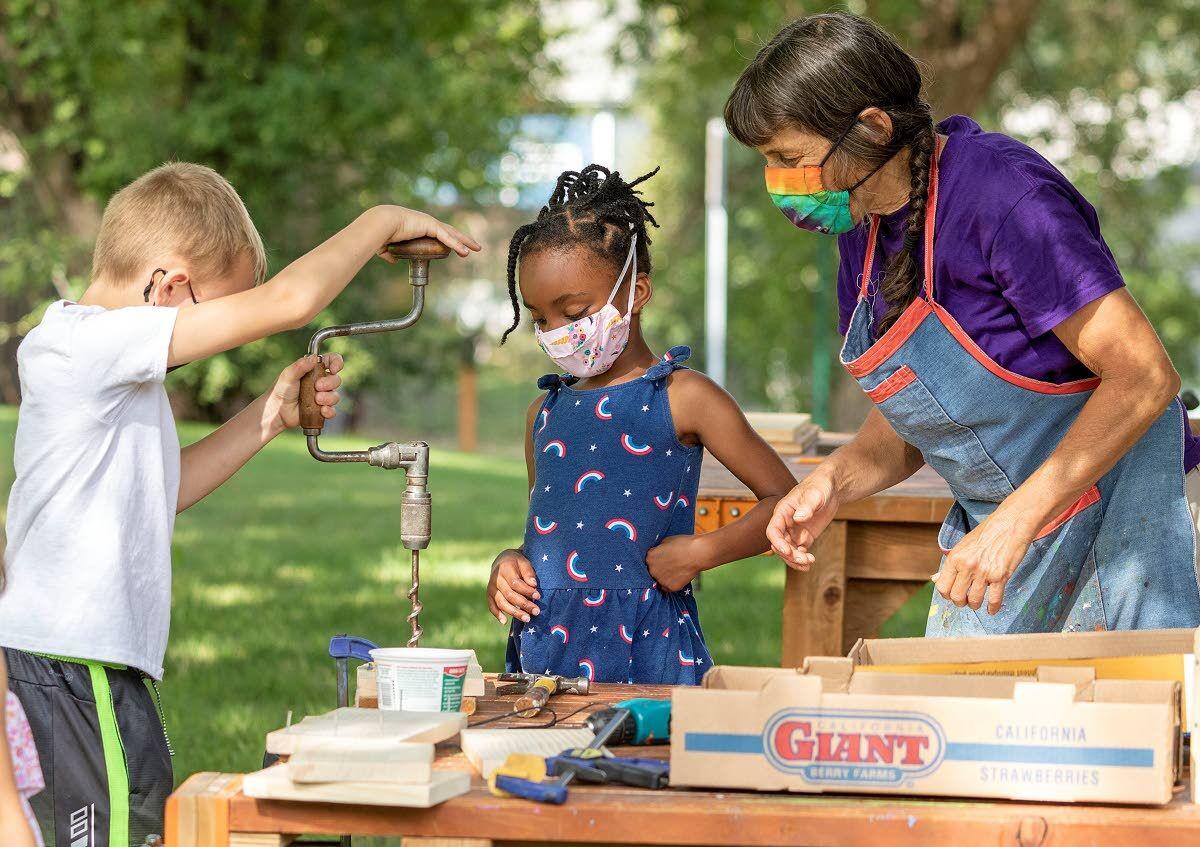 Carolyn Berman, right, helps Jaxon Welter, left, and Zavina Thompson drill a hole in a project during an outdoor woodworking class for kids Tuesday at Kruegel Park in Pullman. 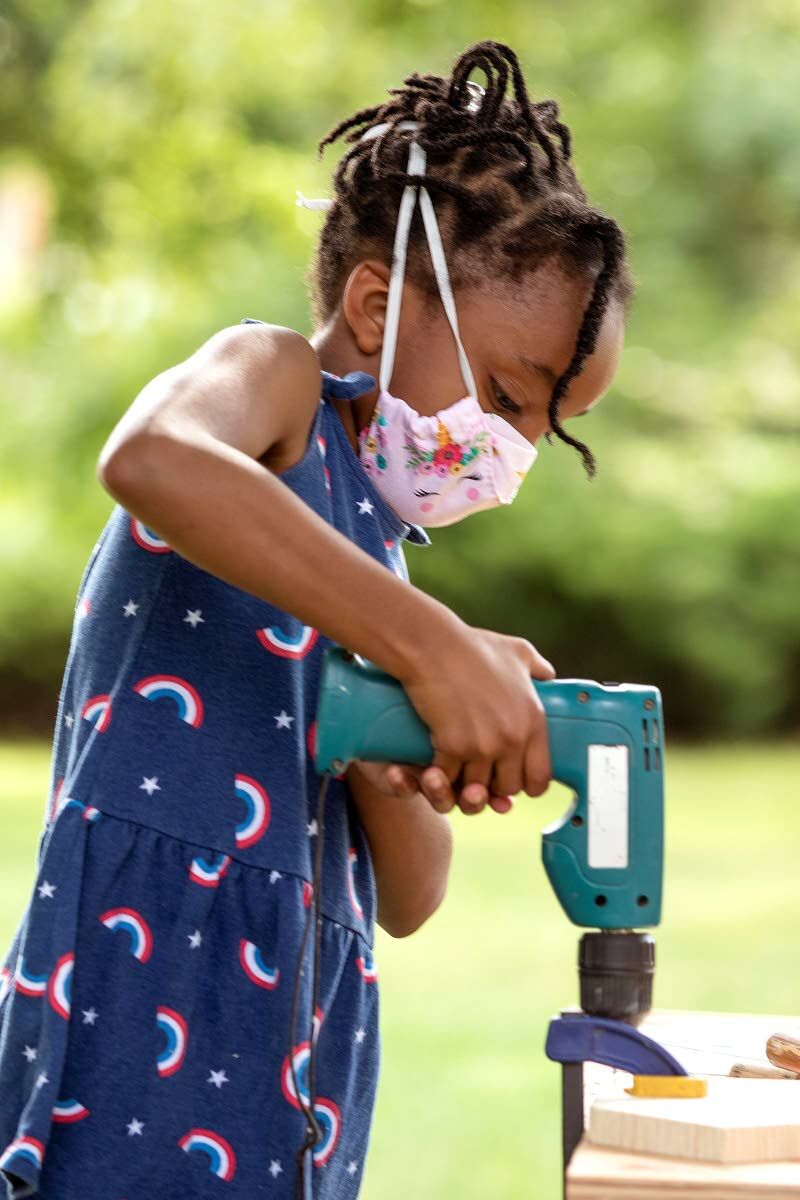 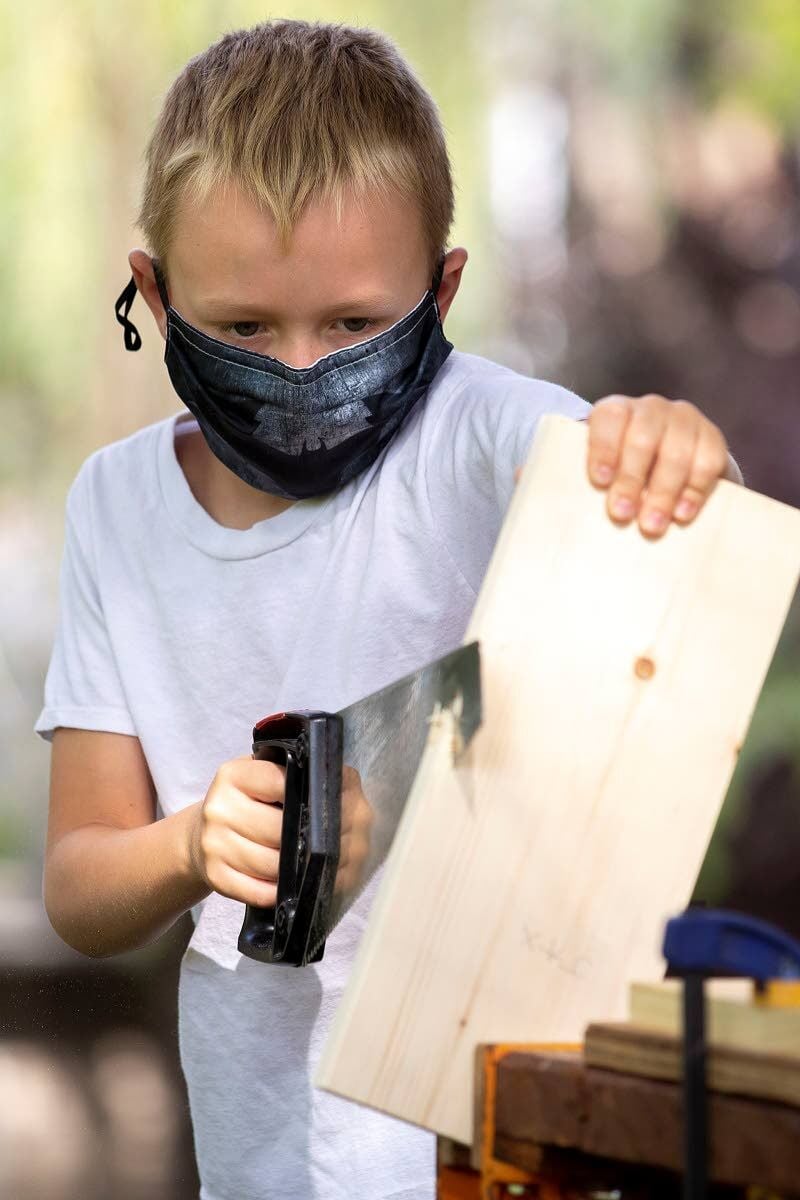 Jaxon Welter cuts a board for a toolbox he was building during an outdoor woodworking class for kids on Tuesday at Kruegel Park in Pullman.

Carolyn Berman, right, helps Jaxon Welter, left, and Zavina Thompson drill a hole in a project during an outdoor woodworking class for kids Tuesday at Kruegel Park in Pullman.

Jaxon Welter cuts a board for a toolbox he was building during an outdoor woodworking class for kids on Tuesday at Kruegel Park in Pullman.

In an age dominated by technological education, local children mixed it up this month and practiced hands-on learning in woodworking classes.

Children ages 5 to 11 are taught the basics of carpentry in the classes and spend a week constructing their very own project to take home. They learn their ways around tools such as the vise, saw, hammer and drill while practicing safe construction technique.

The classes — offered through parks and recreation departments in both Pullman and Moscow — are taught by longtime Moscow resident Carolyn Berman. She has mentored and taught carpentry to people on the Palouse off and on since the 1980s, and she has stuck with it because she believes access to industrial art education is important.

“Part of the reason I keep doing it is because nobody else offers anything like this in the community,” she said. “I enjoy it, so it’s hard to not do it.”

When Berman was in high school, a male shop teacher told her woodworking was a boys-only activity. She’s loved it ever since.

“I made something on the lathe, and the teacher said he wouldn’t teach me to use a table saw because it’s too dangerous for a girl,” she said.

Berman said the process of building something from the ground up is an engaging problem-solving exercise.

“Kids totally love working with real materials, working with saws and having that hands-on experience, which you don’t get from being in online schooling,” she said.

Although Berman enjoys teaching woodworking to all ages and skill-levels, she loves the elementary school age group because of their go-getter enthusiasm.

“I once had this kid come up to me and say, ‘I’m all done!’ and I thought she had put the last nail into her piece, but she’d just sawed one board in half,” she said. “The kids are so excited.”

One of those kids is 8-year-old Ben Lawrence, who said his favorite part of woodworking is hammering nails into the things he builds. When asked what advice he would give to beginner carpenters, Ben said, “make sure that you’re doing everything right and taking lots of measurements.”

Another young carpenter, 9-and-a-half-year-old Lillian Camin, constructed a box with leather hinges during her week at class. She said she chose to use leather instead of metal for her box because it’s a safer material to touch and just looks cooler.

Boxes, birdhouses and shelves are just a few of the items built by the young carpenters — no diagonal cut or tricky angle calculation can outsmart them.

On the last day of class, the children have the opportunity to paint those freshly constructed items before taking them home.

“They have all these unique ideas when they paint things — it’s really fun and it individualizes them,” Berman said. “Rather than the more adult way of staining wood, they’re more into rainbow colors.”

Berman said woodworking is a good outlet for artists who take interest in working with three-dimensional spaces.

“A lot of spaces are too big and uncomfortable,” she said. “It seems like when space is comfortable, people are more authentic.”

Berman plans to teach her children’s woodworking classes in Pullman and Moscow again next summer.

“To shape something with their own hands — it really empowers them.” she said.