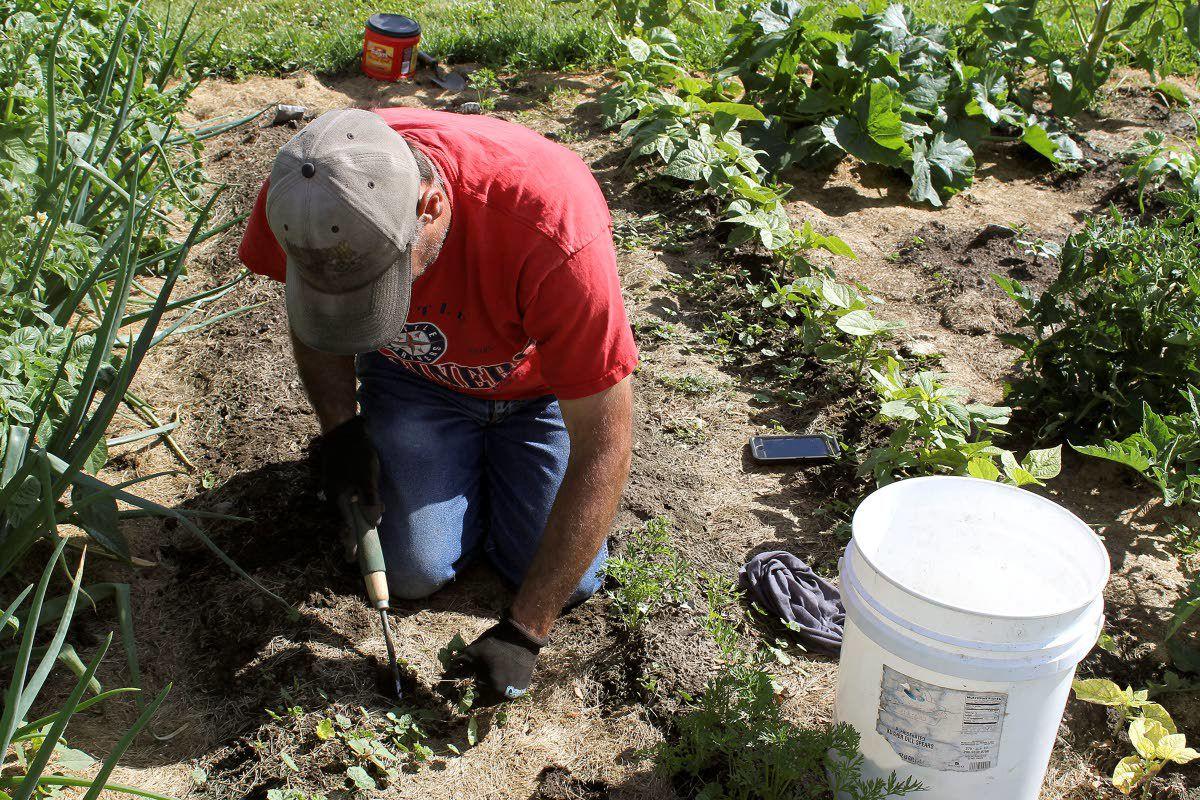 Dan Shears weeds his plot of land at the Hamilton Community Garden in Moscow. 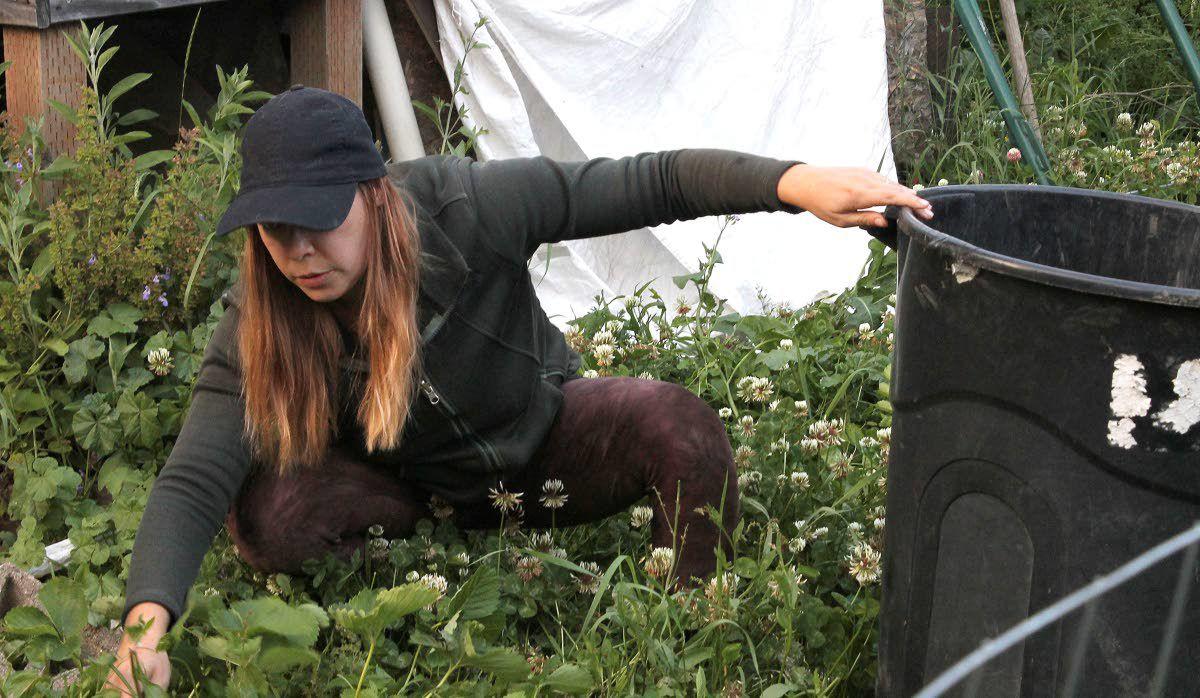 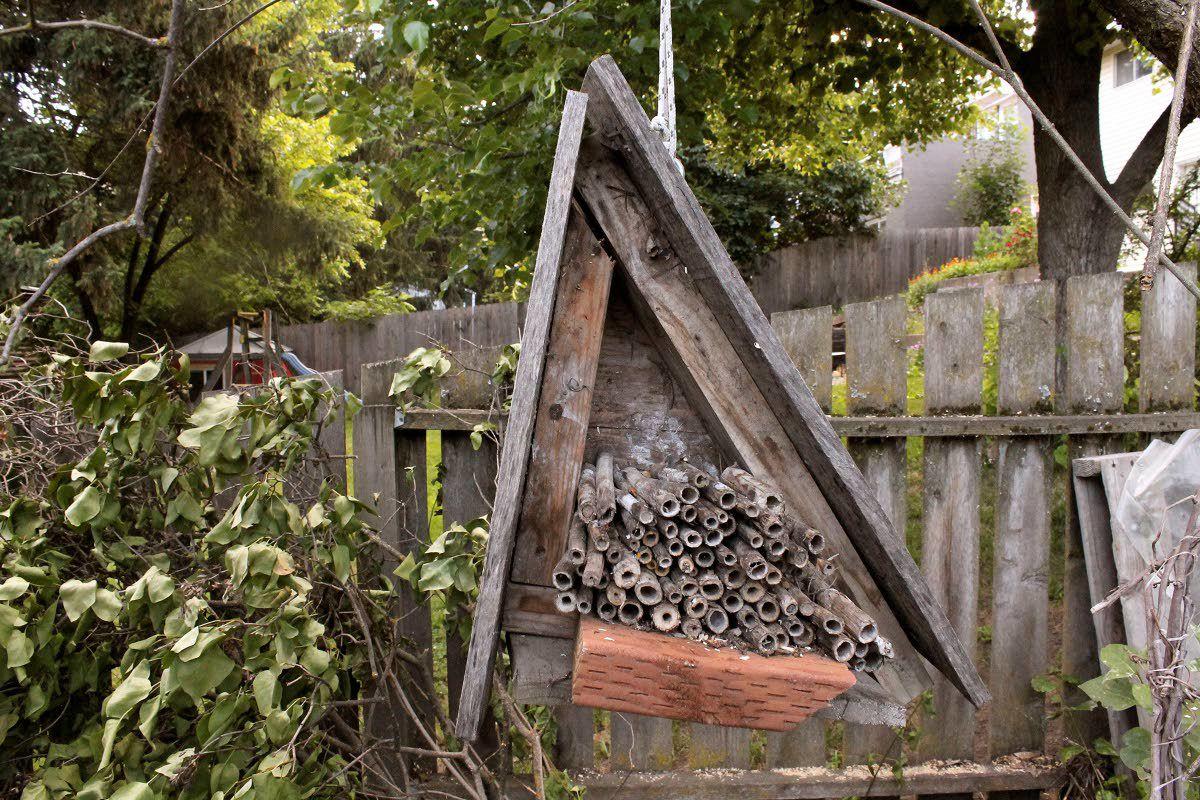 This structure, built to provide a habitat for solitary bees thus attracting them to the garden, hangs in the Fullers' yard. 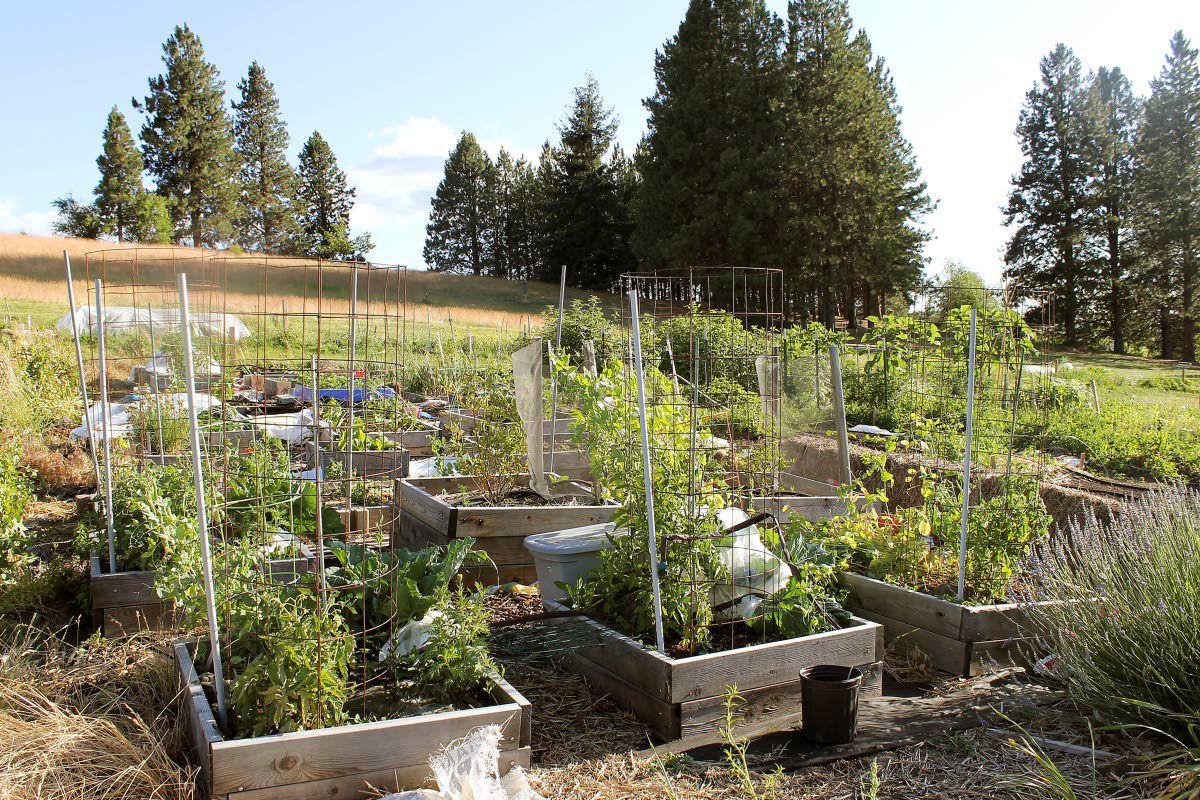 The Sunnyside Community Garden, which is managed by the City of Pullman, offers gardening rental spaces for public use.

Dan Shears weeds his plot of land at the Hamilton Community Garden in Moscow.

This structure, built to provide a habitat for solitary bees thus attracting them to the garden, hangs in the Fullers' yard.

The Sunnyside Community Garden, which is managed by the City of Pullman, offers gardening rental spaces for public use.

June showers brought July flowers, vegetables and more to the Palouse, where green thumbs of all levels are getting their hands dirty this growing season.

Residents without adequate outdoor space for plant-growing have the opportunity to garden in Moscow and Pullman, thanks to public community garden plots which can be rented for personal use.

In Moscow, the Hamilton Community Garden, at 1724 E. F St., consists of 58 20-by-20-foot plots and five 3-foot-by 12-foot accessible raised beds which are available upon request. All plots are rented on a first-come, first-served basis through the city of Moscow.

Pullman residents looking to dye thumbs green also have public garden options close to home, including the Sunnyside Community Garden at 240 S.E. Dexter St. Like Moscow’s community garden, the rental cost of a plot includes rototilling done by the city, as well as access to on-site water.

Moscow’s Dan Shears lives just a block away from the Hamilton Community Garden, where he has rented plot space for four seasons now. He said this is his best gardening season yet.

“I think a lot of it has to do with the way I prep the garden,” Shears said. “It’s really mellow soil.”

Some of Shears’ go-to soil amendments are gypsum pearls to help break down the clay, compost, cow manure and fertilizer. He also puts in a good amount of time rototilling the soil early in the season.

“My favorite part of it is probably before I even put a seed in the ground,” he said. “When I rototill it up, it’s like farming a big field. I used to run tractor for some farmers as a kid, and it’s kind of like that.”

Snap peas, potatoes, onions and corn are among the several crops Shears is growing in his plot for 2020.

Meghan Foard and Nick Fuller have been gardening together on their Moscow property every season since they got married six years ago. They attribute much of their success to creating habitats that attract insects — such as yellow-faced bees and ladybugs — to their garden.

“What we’re really proud about in our garden is our pollinator habitats,” Foard said. “We always have blooming stuff everywhere to make sure pollinators are around. A lot of people will just grow vegetables in their gardens, but then the pollinators don’t even make their way there — they’re not attracted.”

When asked what advice they’d give first-time gardeners, Foard and Fuller said people should never be ashamed to ask another gardener for advice or do some scientific research, because it’s a constant learning process for everyone regardless of skill level,

One resource the two have found helpful is local Facebook groups, such as the group Palouse Homesteaders.

“Every plant is different, and they all have different care and different spacing,” Foard said. “We Google all the time.”

Ellen Dennis is the news clerk at the Daily News. She can be reached at briefs@dnews.com.