Moscow Middle School teacher Harper Wallen talks with sixth graders Wednesday while they write postcards to their pen pals at Ramakrishna Mission Matriculation Higher Secondary School in Chennai, India. Meadow Poplawsky, who grew up in Moscow, is a teacher at the school in India. 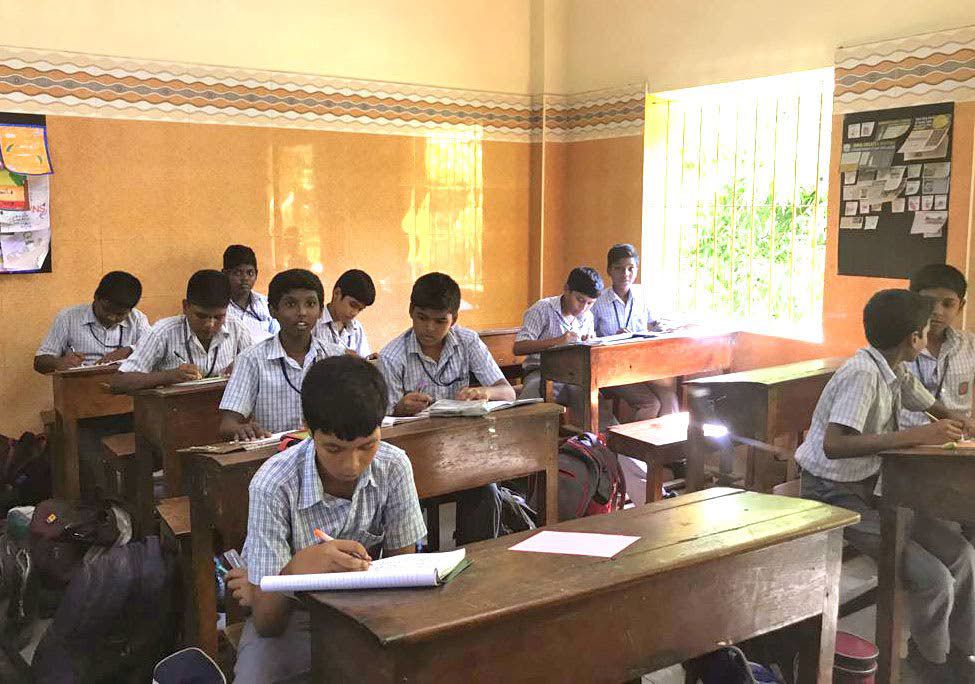 Students in the 7A class at Ramakrishna Mission Matriculation Higher Secondary School in Chennai, India, write postcards to send to students at Moscow Middle School. 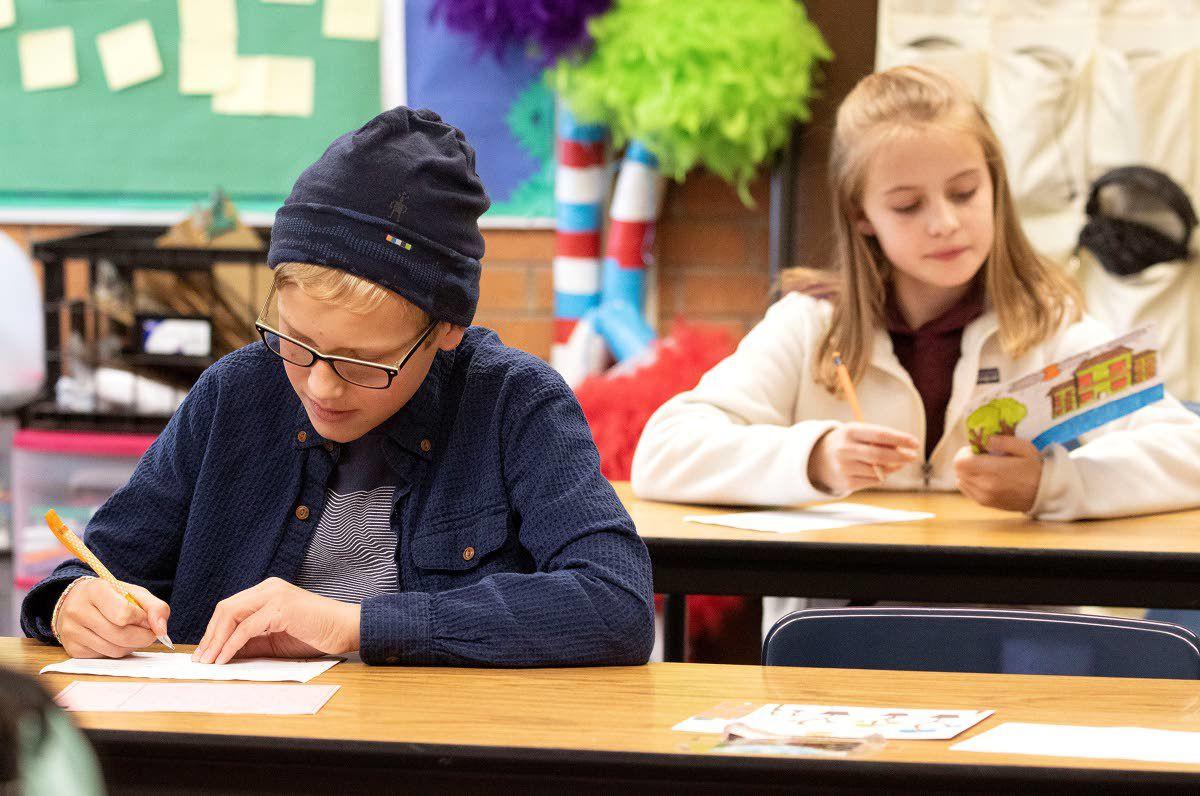 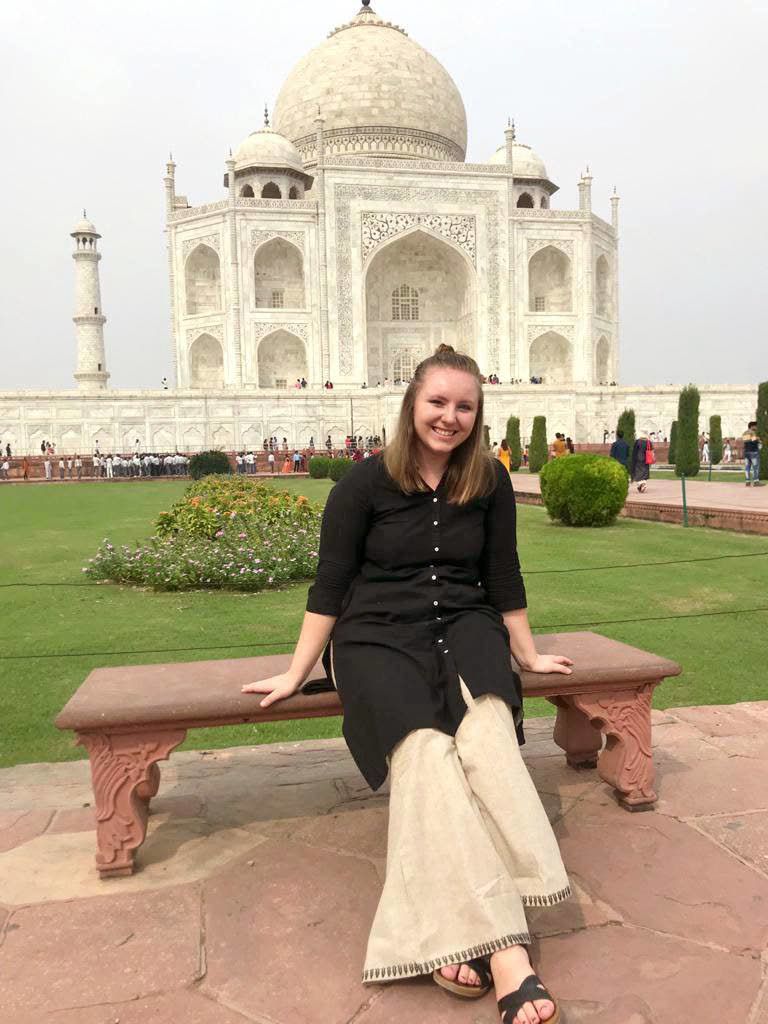 Moscow Middle School teacher Harper Wallen talks with sixth graders Wednesday while they write postcards to their pen pals at Ramakrishna Mission Matriculation Higher Secondary School in Chennai, India. Meadow Poplawsky, who grew up in Moscow, is a teacher at the school in India.

Students in the 7A class at Ramakrishna Mission Matriculation Higher Secondary School in Chennai, India, write postcards to send to students at Moscow Middle School.

Moscow’s Meadow Poplawski has wrapped her love of teaching and languages into a project that’s making a difference in the lives of her Indian students and their pen pals in her hometown half a world away.

Poplawski, 23, a graduate of Moscow High School and later the University of Puget Sound, landed a Fulbright English Teaching Assistant Fellowship in Chennai, India, a city of 10 million people. For the past seven months, she has been teaching at an Indian school where the students are not exposed to much English.

Poplawsky thought to match her students with pen pals from her hometown, which would give them a practical and engaging chance to practice their English. She said for many of her students, she was the first American, or westerner, they had ever met. She wanted them to learn more than just her perspective.

Poplawsky reached out to her former teacher, Matthew Haley, and other social studies teachers at Moscow Middle School, to suggest the idea of pen pals. Since September, three rounds of postcards have been sent back and forth, with 170 students participating.

“I think the pen pals have allowed my students to see in a tangible way what learning English can do for their lives,” Poplawsky said. “My students are so excited to hear from Moscow students and really excited about the project. … Many write ‘please stay in touch’ and ‘make sure to reply’ on their postcards.”

She said the postcards mostly encompass basic information, such as favorite foods, sports or subjects in school. Some of the most interesting cards have explained various holidays and festivals that are either different or the same in the two places, with students often drawing pictures on the back of the card to aid their descriptions, she said.

Two sixth grade students at the middle school, Evan Heckman and Bryn Bowersox, said they have both enjoyed receiving postcards and are always excited for the next box of them to arrive from India.

Heckman said the postcards have helped him become more culturally aware. He’s learned students in India are very physically active and engaged in multiple sports. Poplawsky even sent a video of her students doing yoga and dancing in their classroom, Heckman said.

Heckman said his pen pal likes to swim like he does. He said the artwork on the postcards usually represent the differences between Moscow and India; for example, showing what winter might look like in Moscow, because India is warm all year.

“I’ve learned to accept that different cultures are all unique in their own ways, and they are all something to be proud of,” Heckman said. “This is a time to accept that other people do different things than us, and we can try to work together more on trying to make the world a better place.”

Bowersox thinks geography is pretty cool, and learning about different people and a lot of different cultures is pretty awesome, too.

“My pen pal loves playing soccer, which I can relate to, because I also love to play, too,” Bowersox said. “It’s pretty cool to have a connection with someone even though they’re in a totally different location from you.”

Bowersox said her favorite part of the experience is receiving the next post card, and the excitement of waiting for what they are going to write back.

“The world would be so boring if we were all exactly the same,” Bowersox said.

Poplawski has relished the chance to work and learn overseas. She became interested in the culture of India late in high school, which piqued her desire to study further after graduation in 2015.

At Puget Sound, she majored in international political economy, with minors in French and global development studies. Her two theses focused on international water policy and financial inclusion as a strategy to combat poverty in India.

“I knew that to truly understand the country I had studied so much, I needed to spend a significant amount of time there,” Poplawsky said. “Tutoring English when I studied abroad in France in high school, along with tutoring French at university, both led me to develop a love for teaching.”

She said the goal of her fellowship is to aid in her students’ conversational and functional English and introduce them to activity based learning.

“Every day, I have the opportunity to present these kids with the engaging lessons that may spark their interest in learning English or learning in general, and help them find their own purpose,” Poplawsky said. “Even though a lot of this experience has been incredibly difficult, seeing my students interested in lessons and practicing English gives me so much purpose.”

Allison Spain is a journalism student at the University of Idaho. She’s writing feature stories for the Daily News this spring. Send Allison story ideas to editor@dnews.com.