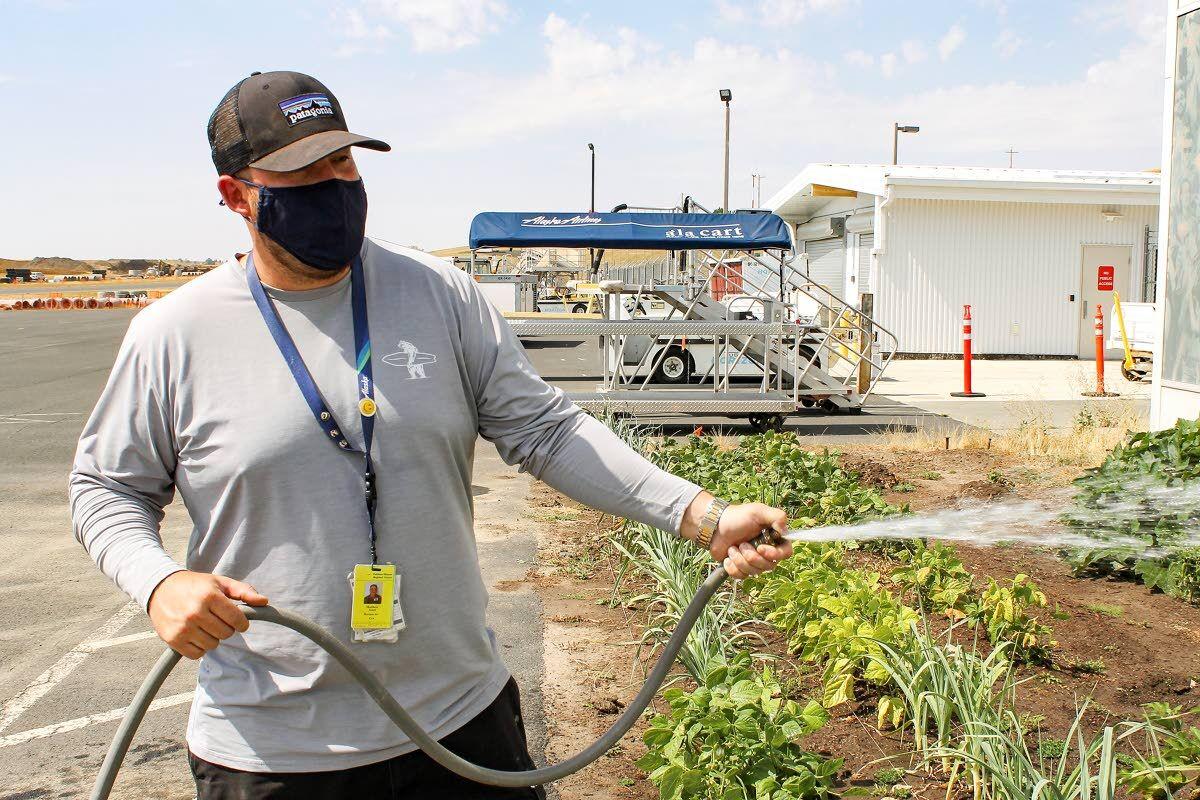 Matt Scott, an employee for Horizon Air, waters the vegetable garden he worked to create at the Pullman-Moscow Regional Airport on Wednesday. 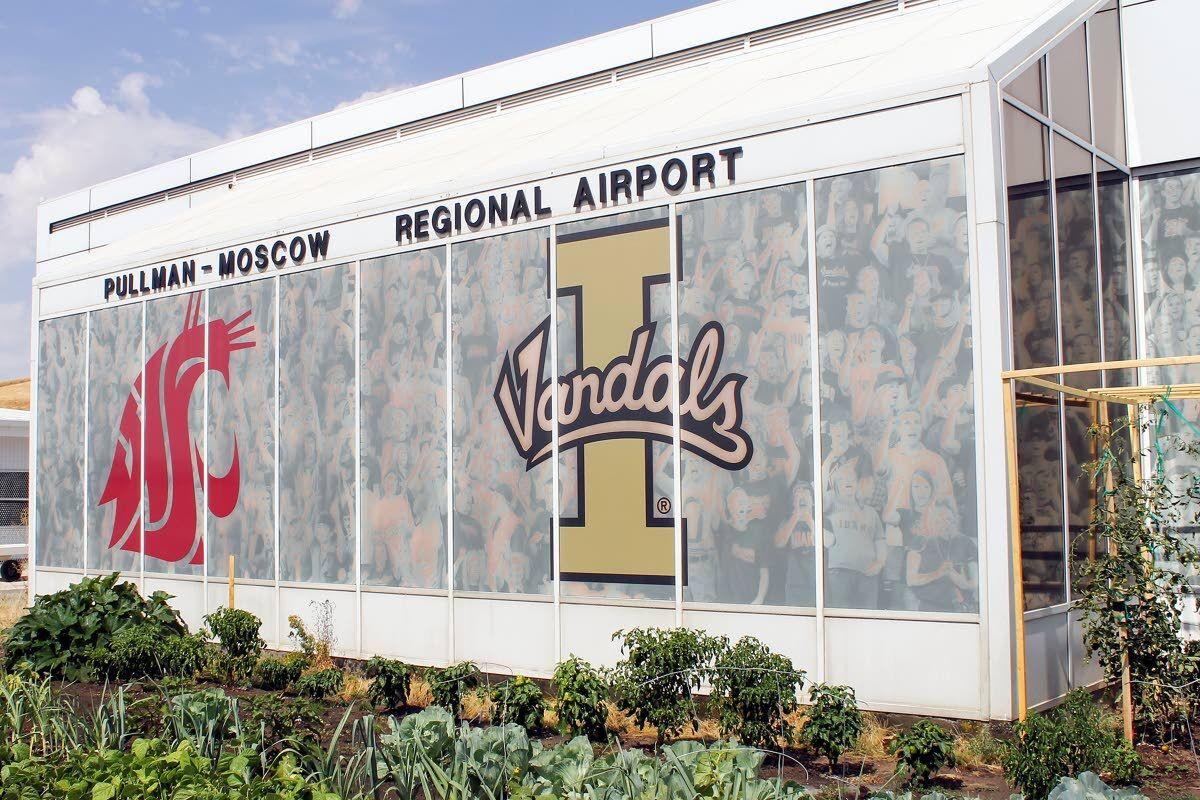 Travelers arriving at the Pullman-Moscow Regional Airport are greeted by logos from the local universities above, and a 600-square-foot garden below.

Matt Scott, an employee for Horizon Air, waters the vegetable garden he worked to create at the Pullman-Moscow Regional Airport on Wednesday.

Travelers arriving at the Pullman-Moscow Regional Airport are greeted by logos from the local universities above, and a 600-square-foot garden below.

Travelers taking off and landing at Pullman-Moscow Regional Airport might notice an unexpected development between the runway area and airport terminal building — a vegetable garden has recently taken flight.

The garden was started back at the end of April by Matt Scott, a Horizon Air customer service representative who has worked at the airport for the past 15 years.

He was inspired to turn a vacant patch of dirt into a vegetable garden in order to pass time at work created by the reduction in flights the past few months because of the COVID-19 pandemic.

“Being able to get out in the sunshine during the spring and summer is nice,” Scott said. “It beats sitting inside on a computer.’”

He said it was hard at first to get a couple types of plants to grow successfully in the space because of the wind gusts that come along with its location being just 50 feet from the airplane runways, but he discovered several plants that are thriving despite the unique conditions.

The garden — which measures more than 600 square feet in area — is home to a variety of crops including tomatoes, beans, eggplant and various types of peppers and onions. Scott is sharing the vegetables of his labor with his fellow coworkers at the airport.

“We weren’t exactly sure how good the soil was at first, because it’s always only just been grass that dies every summer,” Scott said. “It seems to have worked out pretty well though, and we didn’t have to add much to it — that kinda shows you how good the soil is around here.”

Scott and other Horizon Air employees have been able to keep working at the airport despite the slowdown due to an airline bailout the company received in April.

The airport’s executive director, Tony Bean, said he has no problem with Scott maintaining a garden at work as long as the space doesn’t end up needing to be used for something else or interfere with regular airport operations.

“We don’t want anything that’s going to be a wildlife attractant,” he said. “They were really careful about planting plants that aren’t typical attractants of birds.”

He said he thinks the garden is a good way for people to keep their spirits high.

“It’s a good morale boost for those employees and staff and we certainly encourage anything that helps build better teams,” Bean said.

Scott said he’s received positive feedback from coworkers and airplane passengers he encounters about the garden and he thinks it is inspiring others to plant their own personal gardens.

“It doesn’t hurt that I get paid to garden,” he said. “I don’t know if I’d be able to put that much time into something that big if it were at my own place.