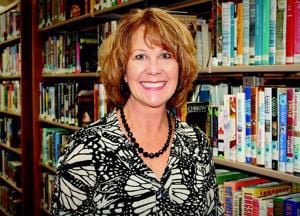 I am more interested in bridges, not borders” — Luis Alberto Urrea

Being an enthusiastic reader, I’m a big fan of author presentations and readings. I especially enjoy listening to writers whose talent on the page translates well into the telling of a story.

One such author is Luis Alberto Urrea.

Around 1995, I attended a conference in Portland, Ore., where Urrea spoke about his bestselling work of nonfiction “The Devil’s Highway.” A finalist for the Pulitzer Prize, Urrea’s book details the story of 26 men attempting to cross the Mexican border through a deadly region of Arizona desert known as the “Devil’s Highway.”

In the packed ballroom, Urrea began to tell the story. The boisterous crowd hushed, listening intently and solemnly. The desperation of the men’s lives in Mexico, the hope that America presented to them, and the journey they endured just to get to our country was heartbreaking.

Another reason Urrea’s story has stayed with me is quite obvious. Twenty-four years have passed and yet, we still hear daily reports of dangerous, deadly border crossings, deportations that break apart hardworking families and kids in cages.

Immigration is such a hot-button issue, but no matter one’s beliefs, there must be more humane solutions.

I share this story with you because Urrea is coming to the Palouse this fall, and I want to encourage you to hear him speak. You know I’ll be in the audience.

As part of the “Everybody Reads” community reading program, Urrea’s new book “The House of Broken Angels” is being featured along with his public presentations across the Palouse and Lewiston-Clarkston Valley Nov. 12-15.

A work of fiction inspired by the death of his own brother, Urrea describes “House of Broken Angels” as “the story of an American family, one that happens to speak Spanish and admire the Virgin of Guadalupe. Imperfect and glorious, messy and hilarious, sometimes heroic.”

Critically acclaimed Urrea has penned 17 books and garnered numerous awards for his poetry, fiction and essays. He is a member of the Latino Literature Hall of Fame.

Luis Alberto Urrea was born in Tijuana to a Mexican father and American mother. He attended the University of California at San Diego, earning an undergraduate degree in writing and did his graduate studies at the University of Colorado-Boulder.

After serving as a relief worker in Tijuana and a film extra and columnist/editor/cartoonist for several publications, Urrea moved to Boston, where he taught expository writing and fiction workshops at Harvard. He also taught at the University of Louisiana-Lafayette. Today, Urrea lives with his family in Naperville, Ill.,where he is a distinguished professor of creative writing at the University of Illinois-Chicago.

Besides “The Devil’s Highway,” I loved Urrea’s novel “Into the Beautiful North” for its light, funny approach to border issues while recognizing the strength of women. I am currently listening to “House of Broken Angels” on audio and plan to read more titles before his visit. Your local library can hook you up with any of Urrea’s books and give you more information about his coming appearances. Or visit the Everybody Reads website at www.everybody-reads.org for complete details.

Finally, I recommend visiting Urrea’s website, www.luisurrea.com, and taking a look at the poem he wrote about his book, “The Devils Highway.” Here you’ll find a few sentences that speak volumes.

Kristie Kirkpatrick is the director of the Whitman County Library.