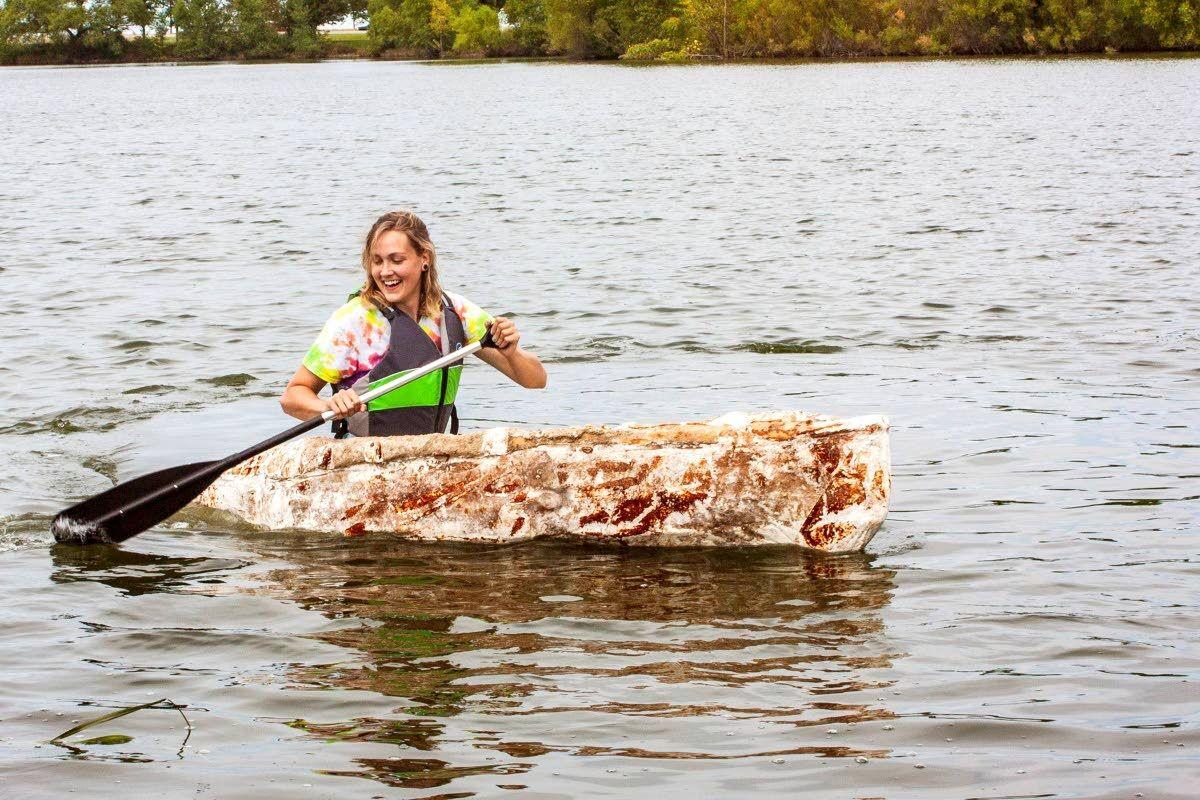 Washington State University student Katy Ayers rows her canoe made from mushrooms. It holds the record for the world’s longest fungal mycelium boat. 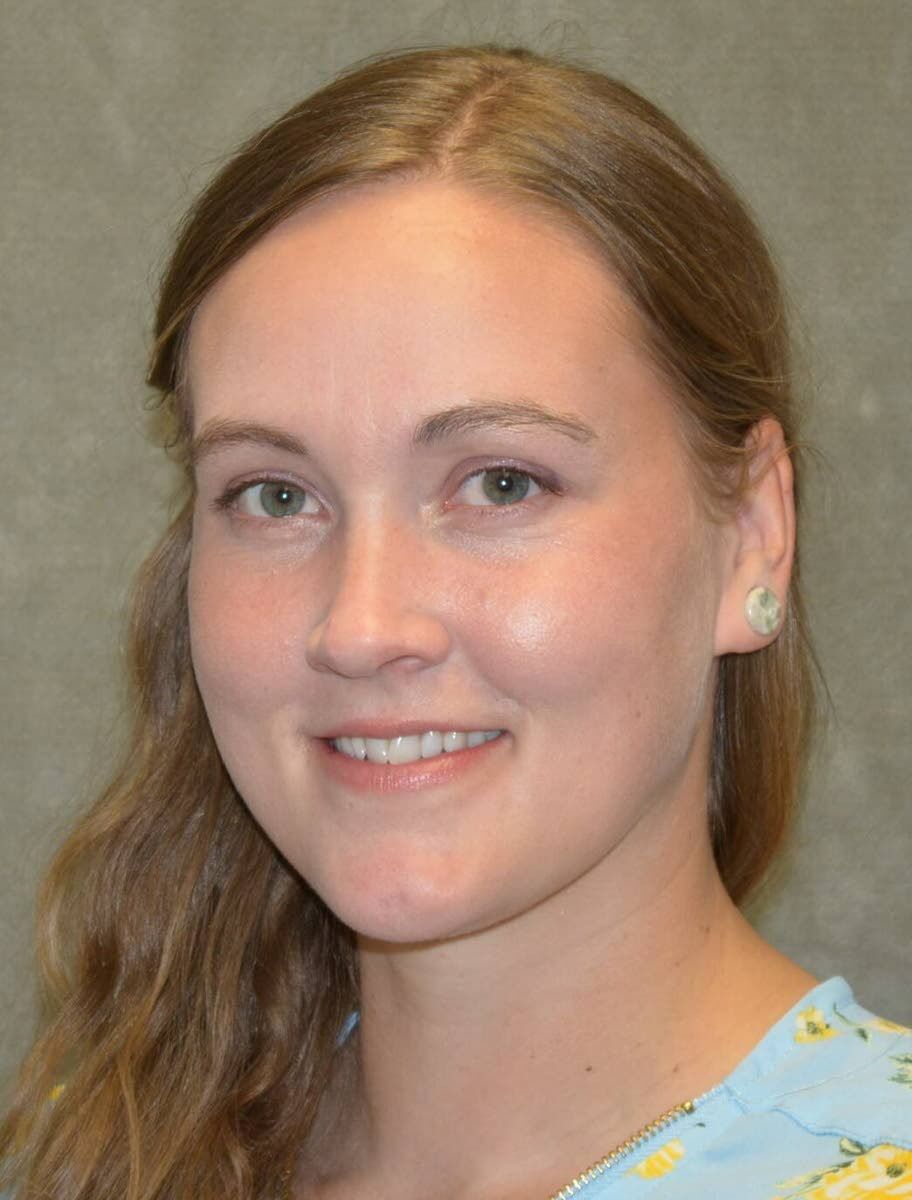 Not many people can claim world records. And only two people, one being Washington State University student Katy Ayers, can claim a world record for the longest fungal mycelium boat.

You heard that right.

Ayers engineered a canoe out of mushrooms. And yes, it floats. It even sprouts more mushrooms each time it gets wet.

Ayers worked with Ashley Gordon, owner of a mushroom company and the other holder of the world record, to grow the canoe while she was a student at Central Community College at Columbus, Neb.

“I came across this documentary called ‘Super Fungi,’ and I’ve been obsessed ever since,” she said.

Using a hammock, papier-maché and sawdust mixed with mushroom mycelium, the canoe took only a few weeks to grow and dry, though Ayers said she spent three months designing it.

Ayers received funding from her community college to craft the canoe, with the agreement that it would be shown at the Nebraska State Fair for three years.

Now a bioengineering studen, Ayers transferred to WSU after reading a study where WSU entomologists bred a strain of fungus to kill mites in honeybee hives. Ayers herself has grown bee homes out of fungi, and she placed 25 of these hives across Nebraska this past summer.

“I was inspired by the research happening here and I wanted to become a part of that,” she said. “I love biology and being outside and getting to do more of these weird things.”

After graduation, Ayers hopes to study more niche uses of fungi as a graduate student as part of a long-term goal of finding new ways to use mycelium to improve the environment.

Ayers grew up in Kearney, Neb., and her family founded Ayers Distributing & Plains Supply in 1984. Based in Omaha, the company is one of the largest charitable gaming distributors in the countries heartland. Her father, who died in 2013, also became a co-owner of Kearney’s first mini golf course when he was just 19.

“That’s where part of my entrepreneurial thinking comes from,” Ayers said. “I think of him every time I do something strange.”