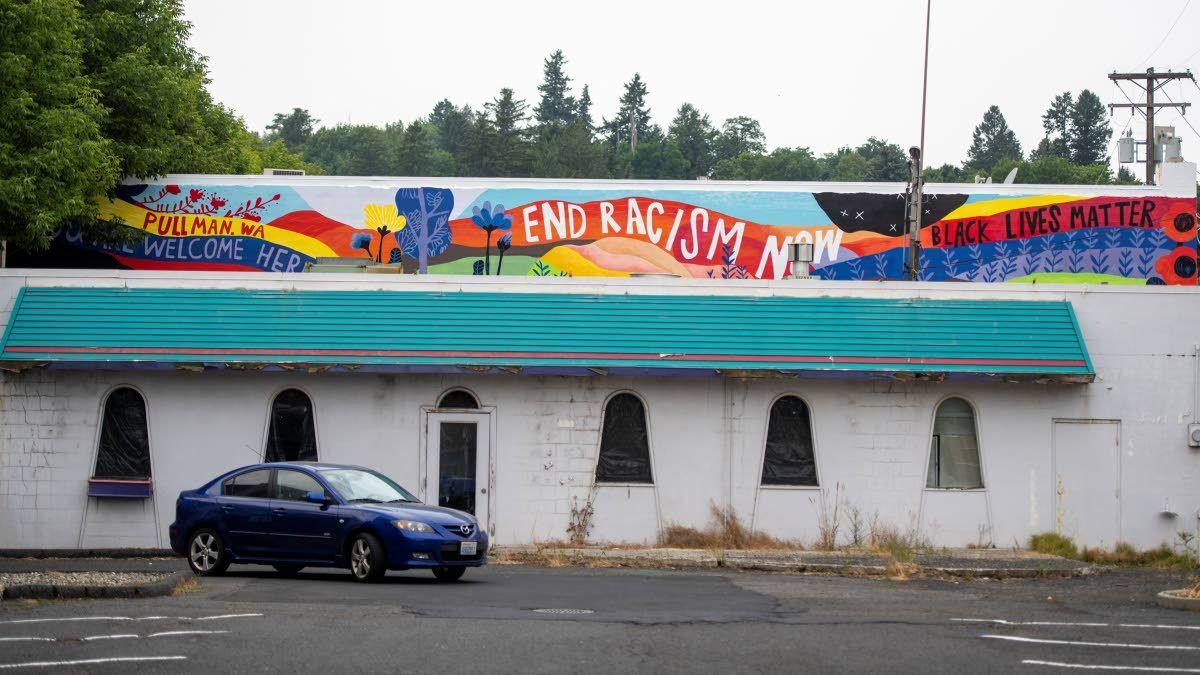 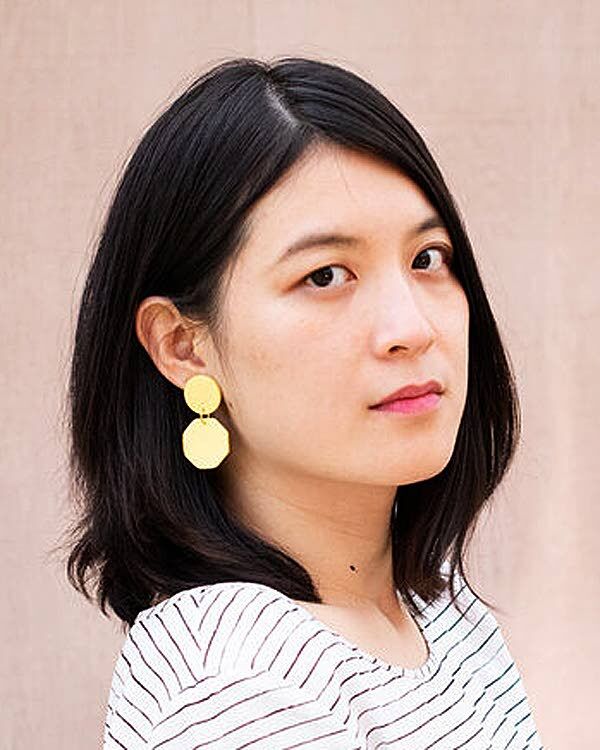 A year after the idea was first proposed to the Pullman City Council, a mural promoting racial equality is complete and can be viewed downtown on Main Street.

This mural was not driven by the city, however, but by a local nonprofit called the Pullman Arts Foundation. It can be viewed on a wall visible above the former Mimosa building facing east.

It contains the words “Black Lives Matter,” “End Racism Now” and “Pullman, WA – You Are Welcome Here” on a colorful backdrop of flowers and rolling hills.

“We are just over the moon,” project manager Joe Hedges said about finishing the painting.

Lin said it is a “huge relief” to finish the mural and is grateful to everyone involved. For Lin, it has been a challenging journey to see her idea become a reality.

She submitted a mural design to the Pullman Arts Commission this past winter as the city pursued creating a mural with the theme of End Racism Now. Her mural design contained the words “Black Lives Matter.”

Instead of moving forward with Lin’s idea, controversy over the mural’s theme and the mural selection process resulted in the city restarting the mural project in February. During a March town hall meeting, residents expressed their desire to see the phrase “Black Lives Matter” painted on the mural. Some said the city balked at committing to that phrase because it drew criticism from other residents.

In response, Hedges and Lin, who are on the board of the Pullman Arts Foundation, decided to create their own mural that is separate from the city’s project.

Hedges said the process has been a struggle, “but there were a lot of people in town that never really gave up and were inspired by larger cities and small towns nationwide that had come together to create some kind of public display of a commitment to ending racism.”

Lin said she hopes that people of color who see the mural will feel the support of the community.

“I want them to know there are people in Pullman fighting for them,” she said.

Hedges said he recognizes that a painting is not a real solution to racism.

“But I do believe that art has the power to influence minds and can have a positive impact on a place,” he said.

Lin said community support helped make this mural happen, and it belongs to everyone in the city.

“It’s great to make something and everyone owns a little piece of it,” she said.

A Pullman subcommittee was formed earlier this year to move the city-driven art project forward. It is working to get feedback from the public and to select an artist.