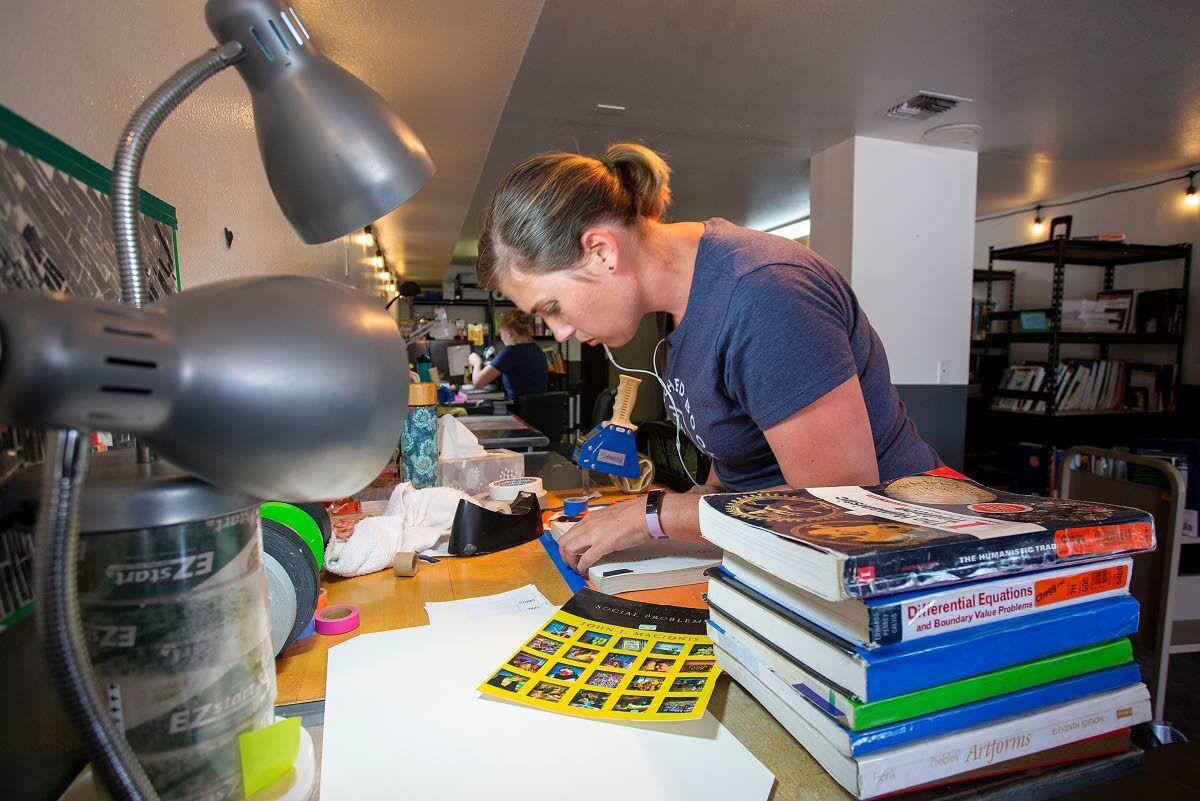 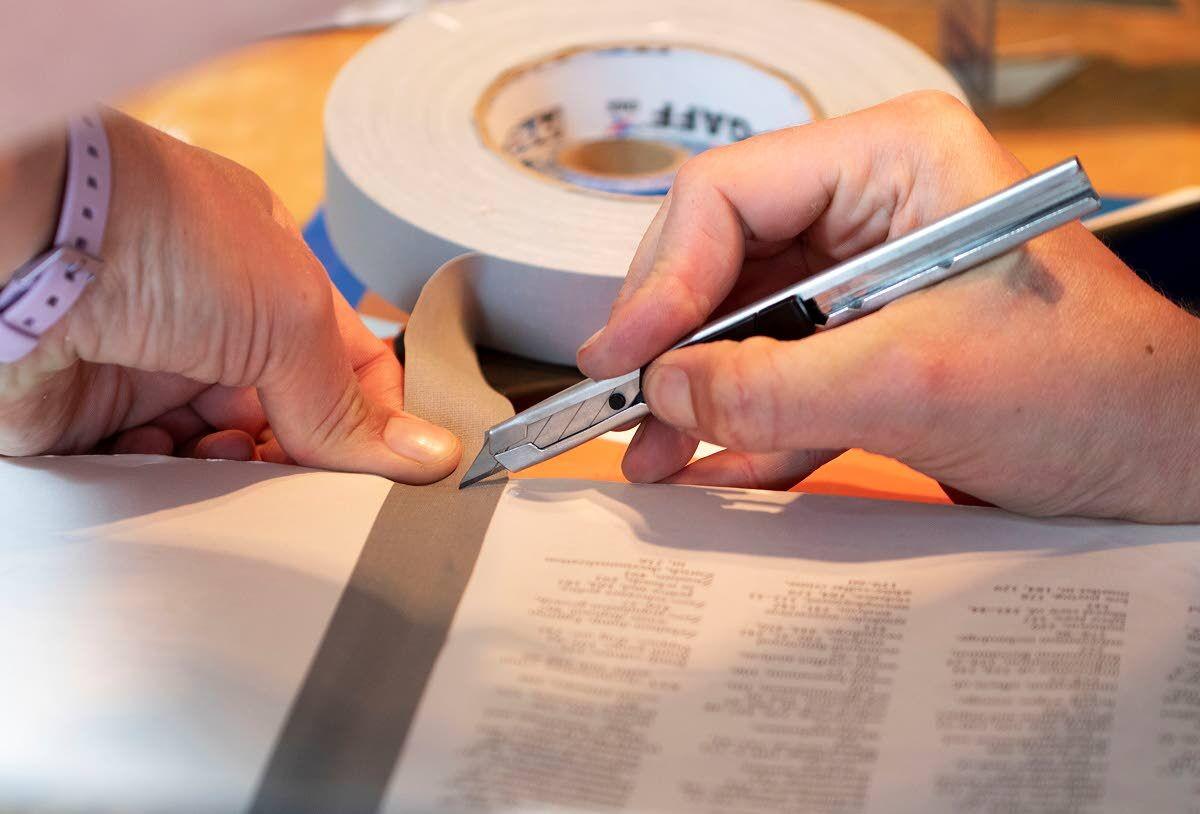 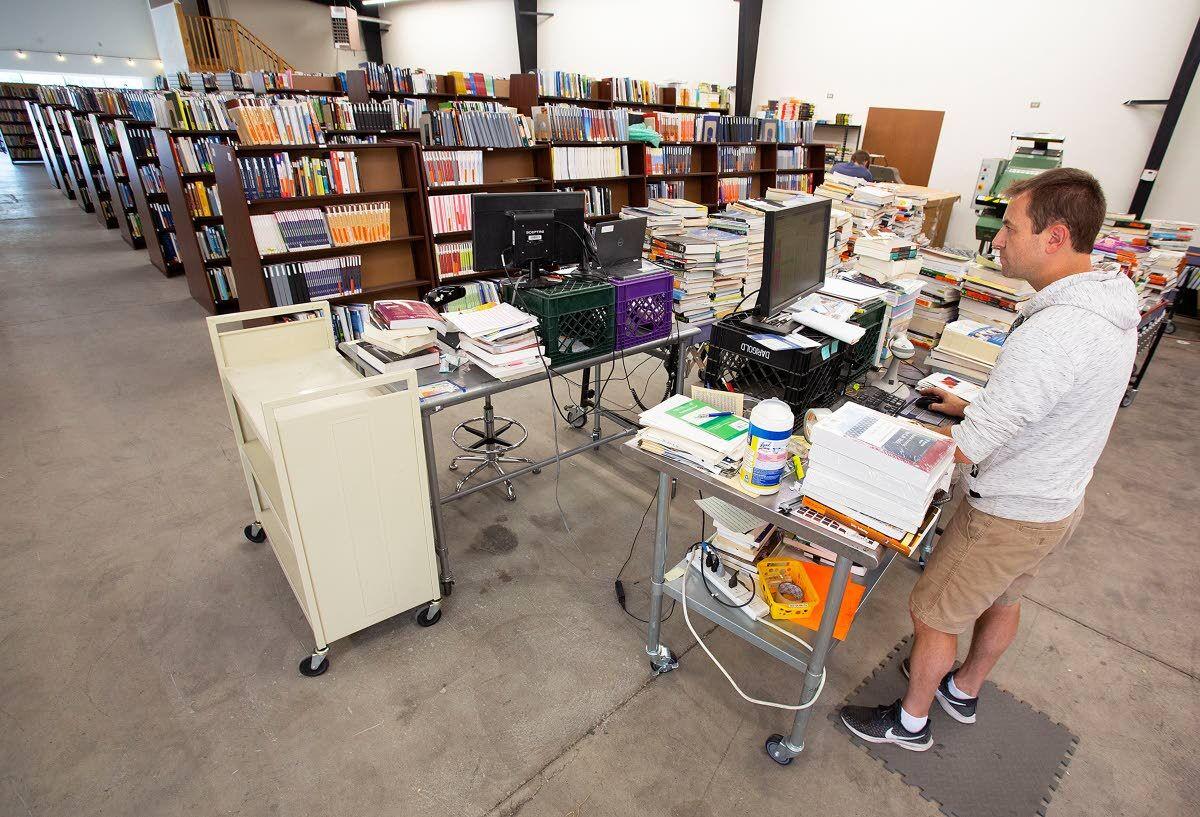 Mark Beauchamp checks a shipping manifest on Friday at Bulrushed Books in Moscow. The business repairs and sells used books.

Mark Beauchamp checks a shipping manifest on Friday at Bulrushed Books in Moscow. The business repairs and sells used books.

It all started a few years ago with a pallet of used books that was on its way to the landfill. Moscow’s Mark Beauchamp couldn’t stand the thought of the pile of damaged yet salvageable books going to waste.

He found a way to fix them.

“That’s how we got our start — I would just store them in the storage unit, fix them at the kitchen table and then list them online,” Beauchamp said.

This book-fixing operation eventually evolved into what’s now called Bulrushed Books, and Mark and his wife, Kiki, moved their business into a warehouse on South Main Street in Moscow.

Bulrushed Books is a grassroots textbook repair company that works with U.S.-based book companies and ships to students nationwide. They purchase damaged textbooks from book companies that would be thrown away and return them to resellable condition.

“I would say the books we fix are going to last just as long, if not longer than, how the publisher built them — we really give them another shot at life,” Beauchamp said.

The Bulrushed team is in the peak of their busy season with the fall semester beginning — as many as three to four shipments of repaired books are being sent out daily. Beauchamp said he and his workers are moving as fast as possible to keep up with textbook orders, because he knows how stressful it is to be a student waiting for textbooks to arrive.

“It’s bad enough out there right now on freight and shipping times without us being slow as well,” he said.

In addition to repair, the company also recycles books that are unsalvageable by removing their gluey spines so the pages and covers can be pulped.

One of their most recent projects involved partnering with Chegg, a textbook and education company, to recycle the paper from old textbooks and turn them into notebooks.

The initiative upcycled 85 tons of recycled paper from old textbooks into more than half a million notebooks which were gifted to college students who subscribe to Chegg products.

“By narrowing our focus and saying, ‘It has to be that paper and it has to be a product made from that paper,’ notebooks were a simple solution,” Beuchamp said.

“There should be a home for every book, even if that means starting over and making a new book out of resurrected paper,” Beauchamp said. “The fact that we can take unusable textbooks from Chegg and recycle them into something new is really gratifying to me as a book-lover.”