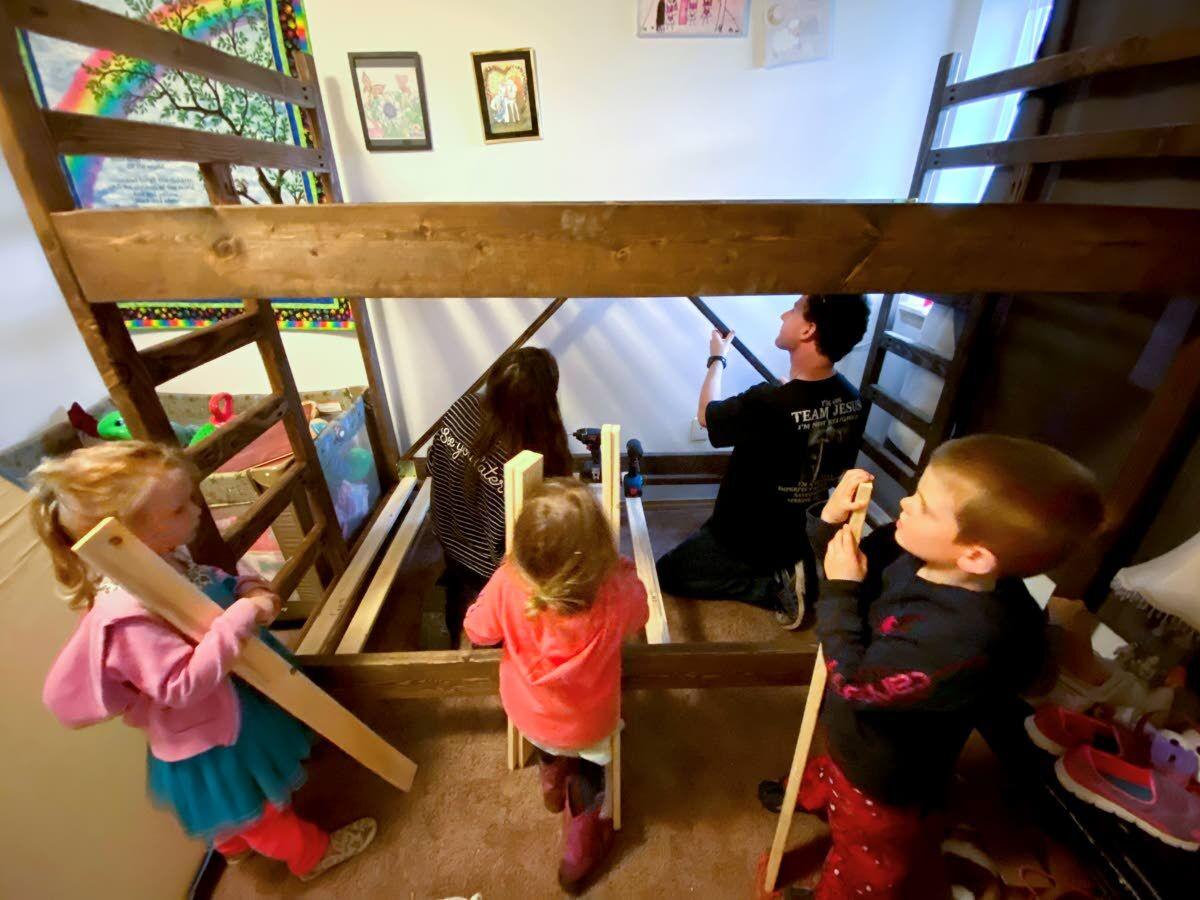 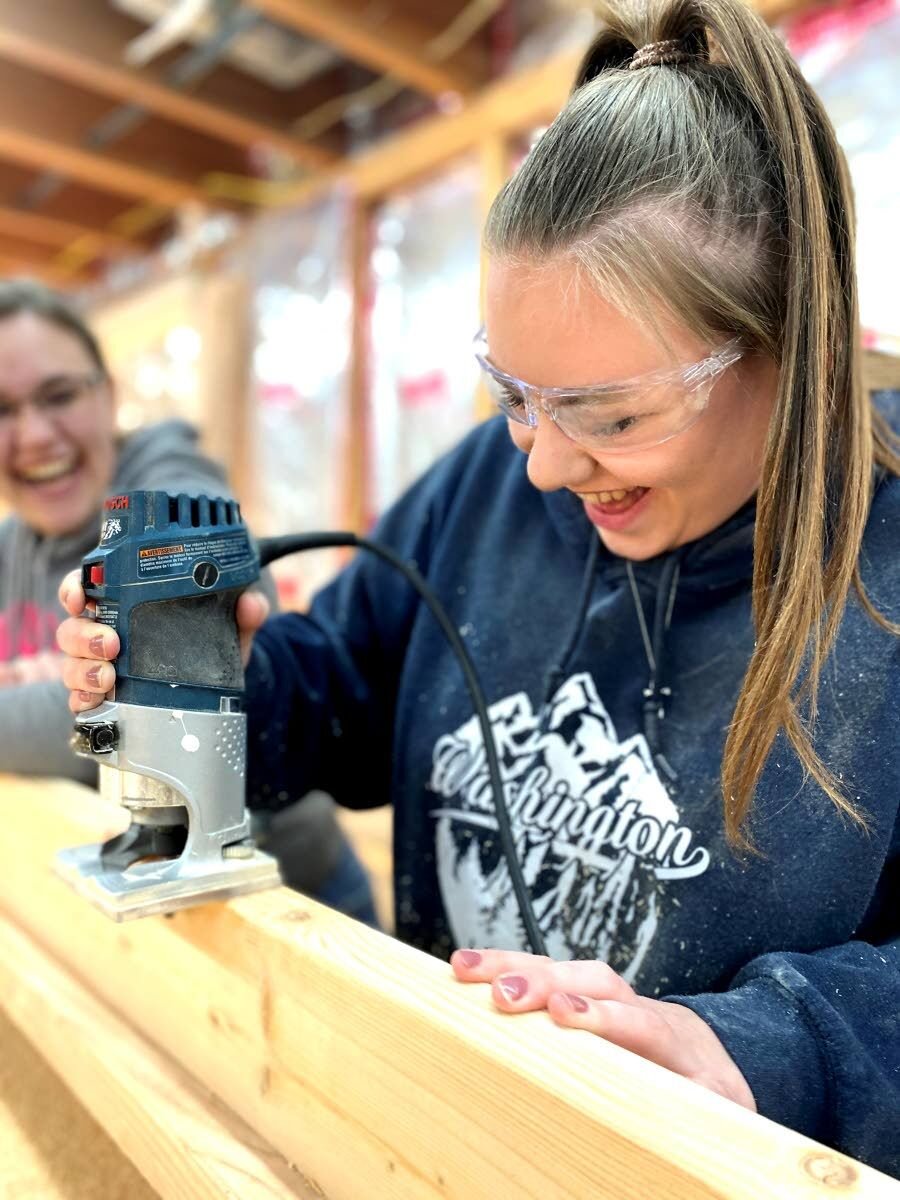 Blessing Beds volunteer Laura Kellow sands a board to prepare it to be used for bed construction. 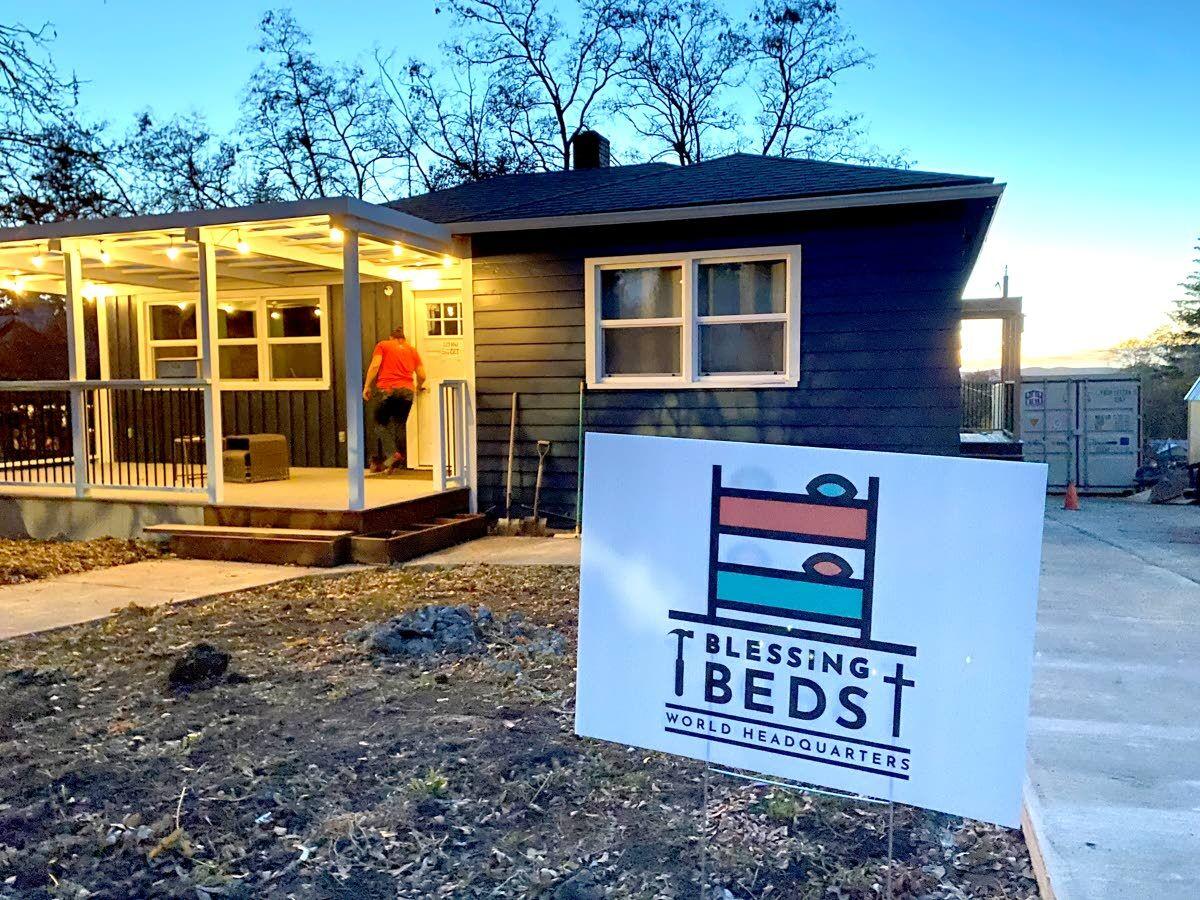 The Blessing Beds headquarters is in Pullman. 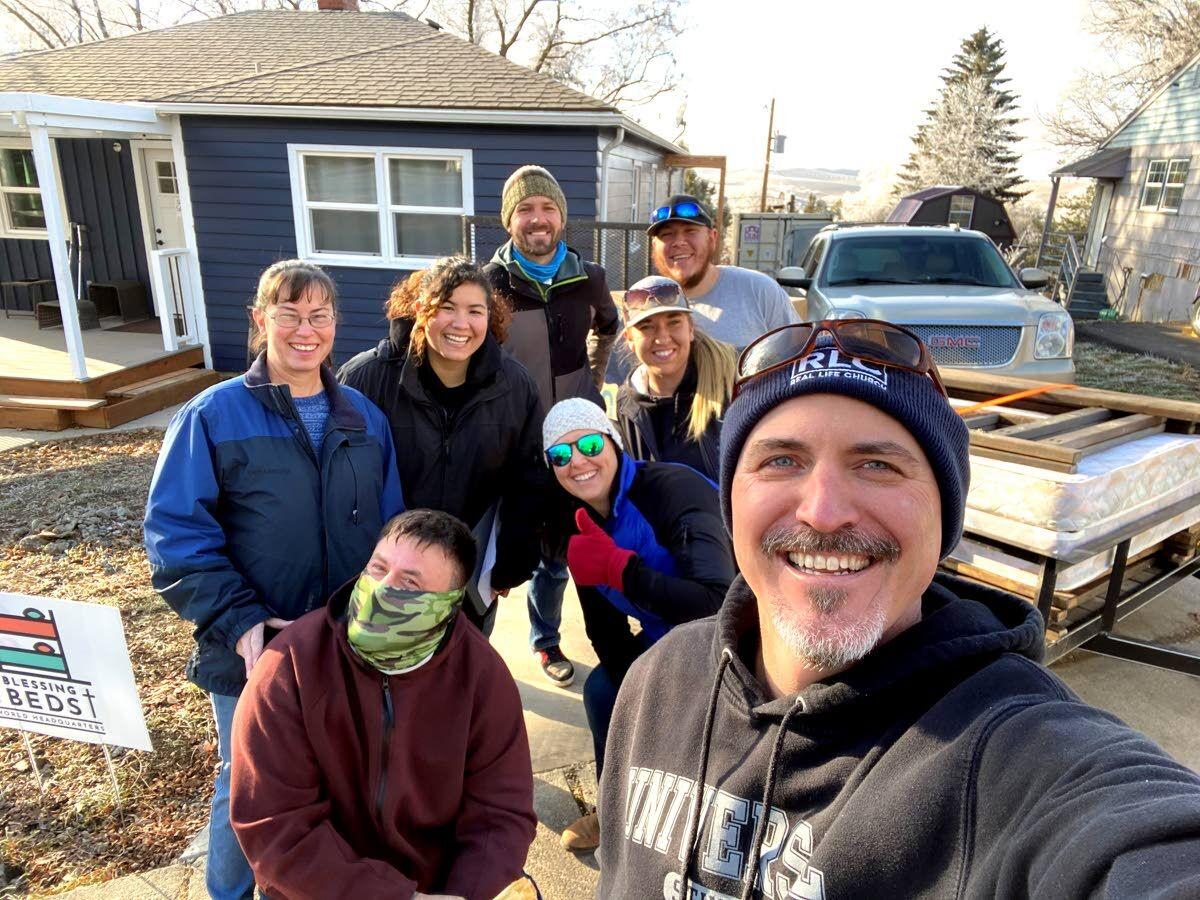 Blessing Beds volunteer Laura Kellow sands a board to prepare it to be used for bed construction.

The Blessing Beds headquarters is in Pullman.

What began a year ago as one man’s philanthropic dream is now a prominent local nonprofit with a simple mission: to provide children with a comfortable place to sleep.

Pullman’s Thad DeBuhr originally launched his nonprofit, Blessing Beds, as a small-scale project to build beds for local children in need on the Palouse. But after an unexpected bounty of community support — in the form of both volunteers and financial contributions — the organization has picked up more traction than its creator ever imagined it would.

“At the very beginning I was just dreaming of doing it personally, thinking maybe I could build one bed every month or so,” DeBuhr said. “Blessings Beds has gone from a really grassroots effort — me and a few close friends — to a functional organization with a team and a board.”

DeBuhr’s initial goal was to build 50 beds in 2020. With the help of a dedicated team of about 40 volunteers, the nonprofit has constructed 102 beds to date and donated to 39 separate families. Now the team is working toward their new goal of building 500 beds.

The organization takes requests from community members in need and constructs beds for children who don’t have them. They then deliver the beds to families complete with bedding and pillows.

When asked why he believes Blessing Beds has garnered so much community support, DeBuhr pointed to the organization’s simple mission and tangible results.

“People recognize this is something they can sink their teeth into that makes a difference locally,” he said. “There are many big causes out there you can donate to, and you wonder, ‘Where does the money go? Who actually gets it?’ This allows people to see the difference they make.”

In a day and age wrought with political and social polarization, DeBuhr said the organization brings people from all walks of life together through the common goal of helping their neighbors on the Palouse.

Zach Reid, a volunteer and board member who has been with the organization since its inception, said he enjoys working alongside DeBuhr because of his strong leadership abilities.

“He’s phenomenal, and he’s got the best people skills out of anybody I’ve ever met,” Reid said. “But when he’s out on deliveries, that’s when he really shines. He is a skilled communicator and gets kids to really open up.”

Zach’s wife, Daisy Reid, who is also a board member and volunteer, said she appreciates the work Blessing Beds does because it allows anybody interested in giving back to the community an avenue to do so in one way or another.

For more information, including instructions on how to donate, get involved or request a bed, visit the Blessing Beds website at www.blessingbeds.com.