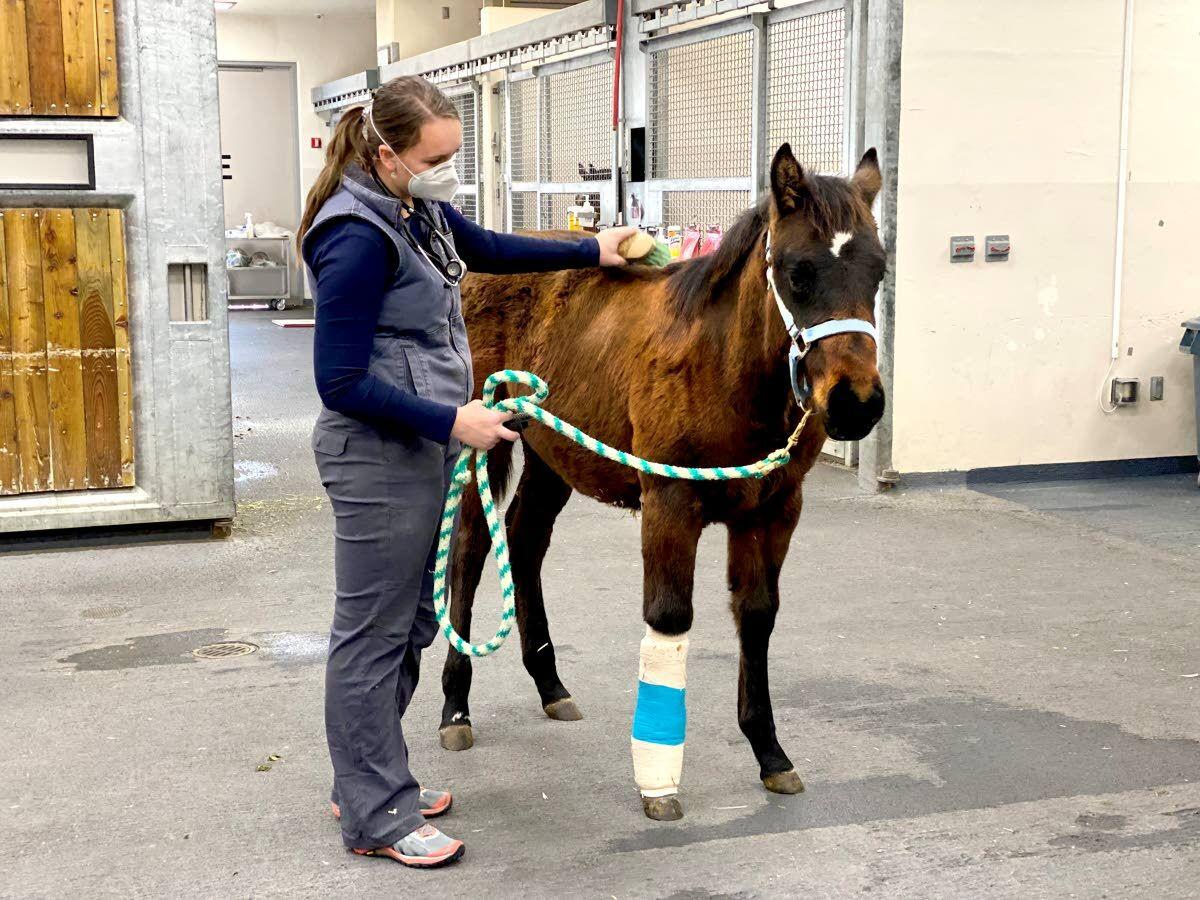 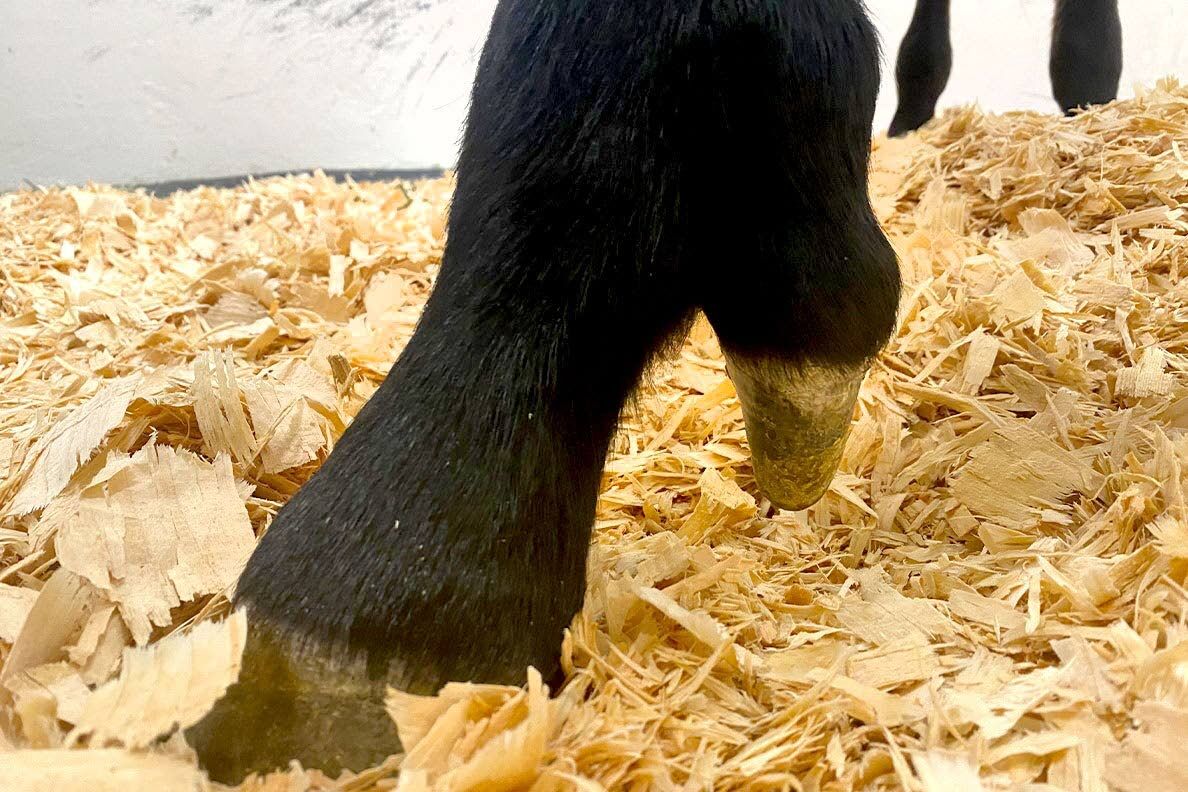 A close-up of Cinco’s fifth hoof.

A close-up of Cinco’s fifth hoof.

Montana rancher Sharmen Scafani recalled the first time she noticed something strange with her new horse.

It happened when, earlier this year, her daughter sent her a photo of the two-week old horse with a message asking “What’s wrong with this picture?”

Scafani looked at it closely.

“Holy cow,” she responded. “Is that another leg?”

Sure enough, growing from the horse’s front leg was a fifth hoof.

Scafani had never heard of this happening to a horse before. Though it started small, the extra limb kept growing the past six months. If it kept growing until it touched the ground, she worried about it causing problems for the horse, which was appropriately named Cinco.

“It was definitely going to be a hindrance to him,” she said.

Scafani and her children decided it was time that Cinco was taken in for surgery. Given how rare this congenital defect is, Scafani thought this would be a valuable learning opportunity for the students at Washington State University’s Veterinary Teaching Hospital.

She brought Cinco to Pullman on Dec. 2. The surgery occurred the following day and Cinco went home to Whitehall, Mont., on Dec. 4.

Dr. Kelly Farnsworth, clinical associate professor of equine surgery at WSU, said he has only seen a couple cases of a polydactyl horse in his career.

He said Cinco’s extra hoof was unique because it was a fully formed distal limb with a bone, joints and ligaments.

“This one was actually fairly substantial,” he said.

He said if it continued to grow, it would end up being traumatized by banging against Cinco’s leg and getting caught on objects. It would also have to be trimmed on a regular basis.

Farnsworth said the surgery was a little challenging when it came to figuring out how to ensure Cinco will have a normally functioning leg afterward.

With the help of his students, the surgery was successful. Scafani said the incision was small and may not even leave a scar.

Scafani said the 6-month-old is doing well, but does not like being on forced rest. She said he would much prefer to be playing with another horse on the ranch who has become his buddy.