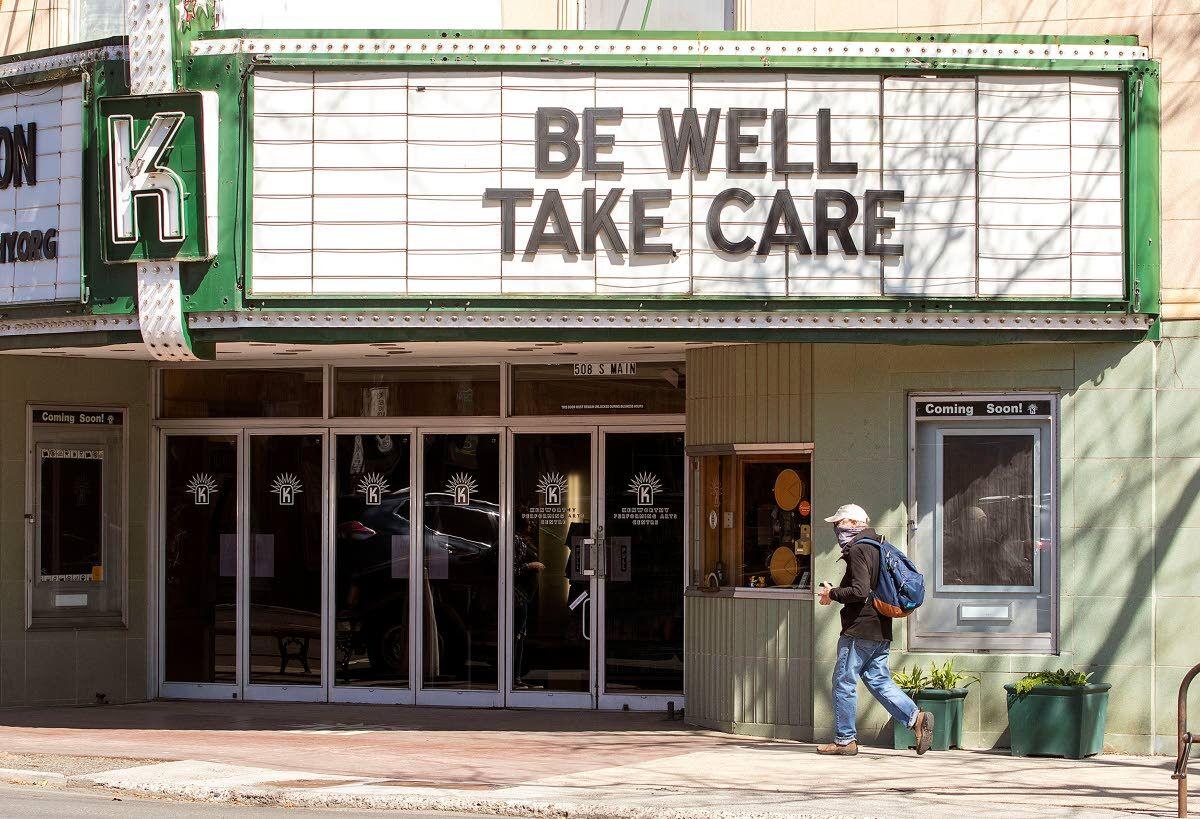 Daily News fileIn this photo taken April 13, 2020, a pedestrian wearing a mask to help prevent the spread of the coronavirus walks under the marquee at the Kenworthy Performing Arts Centre in Moscow. 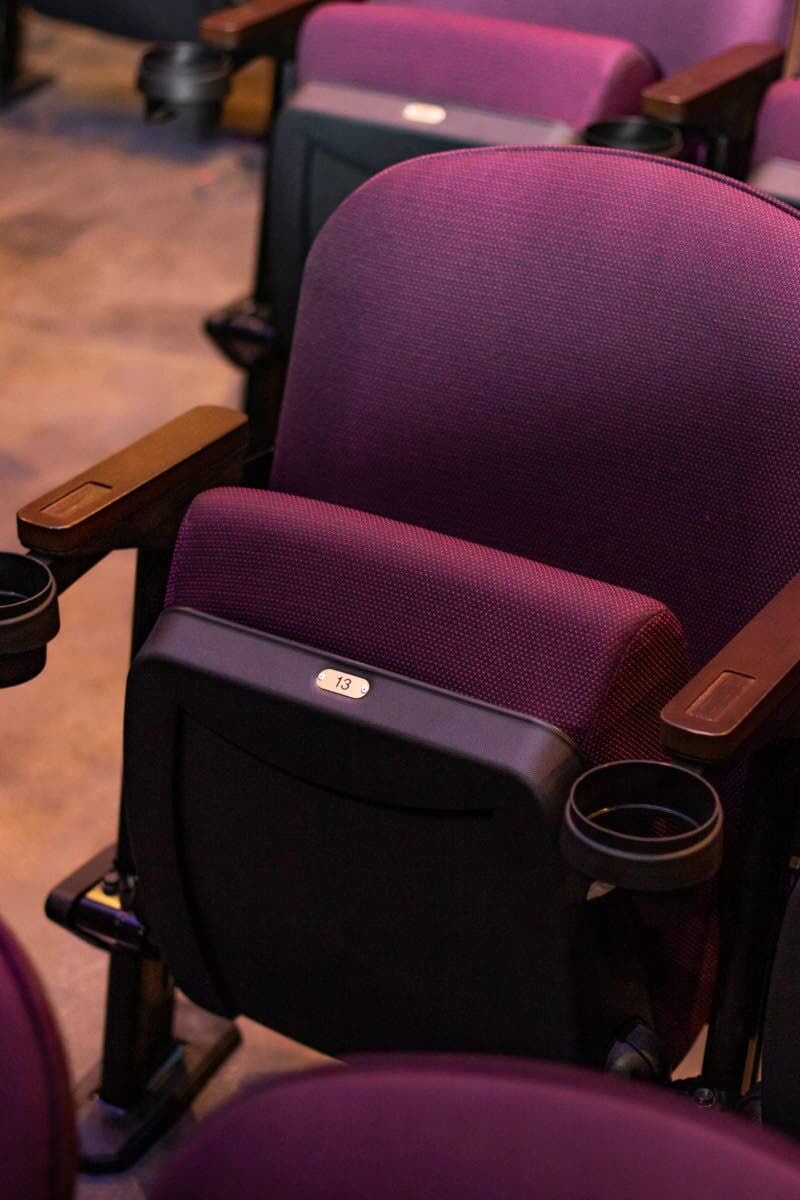 One of the 270 news art deco seats recently installed in the Kenworthy Theatre, which reopenen Friday after a 16-month hiatus caused by the coronavirus pandemic.

Daily News fileIn this photo taken April 13, 2020, a pedestrian wearing a mask to help prevent the spread of the coronavirus walks under the marquee at the Kenworthy Performing Arts Centre in Moscow.

One of the 270 news art deco seats recently installed in the Kenworthy Theatre, which reopenen Friday after a 16-month hiatus caused by the coronavirus pandemic.

After more than a year of closure because of the COVID-19 pandemic, the historic Kenworthy Performing Arts Centre in downtown Moscow reopened to the general public Friday.

“We’re really excited to be opening the doors and showing movies on the big screen once again,” Executive Director Christine Gilmore said.

Many patrons will be able to enjoy the centre’s fairly new renovations and alcohol on site for the first time.

“It’s a combination of getting back to normal and presenting these new offerings to the public,”said Cody Moore, chairman of the Kenworthy board of directors.

The Kenworthy underwent a roughly $210,000 renovation in late 2019 that consisted of replacing decades-old chairs with historically accurate ones, resurfacing the floor and improving lighting.

About 270 blue chairs that were installed in the 1980s were removed and 260 1920s-era chairs were installed to better match the historic aesthetic of the building.

The centre, which opened as a public theater in 1926 by Milburn Kenworthy, closed for the renovations in November and December 2019 and reopened in January 2020. It closed again in March because of the pandemic.

The Kenworthy now offers beer and wine thanks to a state law passed in 2019 that allows theaters listed on the National Register of Historic Places and built before 1950 to obtain a license to sell beer and wine during motion pictures.

Gilmore said the centre obtained the necessary alcohol licenses in May 2020 but, of course, was unable to offer alcohol to patrons during the closure. The Kenworthy allowed small groups to rent the theater during part of the pandemic, which Gilmore said kept the centre afloat.

“That’s one thing we’re really excited to be offering to our public and something that people have been requesting for quite a while now,” Gilmore said of the alcohol.

Gilmore said a new 30-foot by 22-foot movie screen is expected to arrive at the Kenworthy by the end of the summer. She said the existing screen is outdated and broken in different places.

Gilmore, who has served as executive director for 11 years, will resign her position Tuesdayto take a job as the leadership services business manager with Rural Development Initiatives and will remain in Moscow. Operations Director Jamie Hill will serve as the interim director.

“It’s been an absolute thrill to be the executive director for so long,” Gilmore said.

With the support of the board of directors and staff, Gilmore said she has helped the Kenworthy flourish the past decade.

“It’s just been a joy to work with all of these fabulous people and seeing this institution really take root and grow in our small community,” Gilmore said.

Moore said Gilmore helped lift the Kenworthy to a “drastically different level” since she took the reins.

The Kenworthy board invites the public to help thank Gilmore at a farewell gathering between 3 and 5 p.m. Monday in the Kenworthy lobby, 508 S. Main St.

Moore said he has great confidence in Hill, who has been a Kenworthy employee since 2013, to serve as interim director.

Hill said her focus is on reopening.

“We’re all really excited to have our family back together,” Hill said. “It’s going to be really refreshing.”