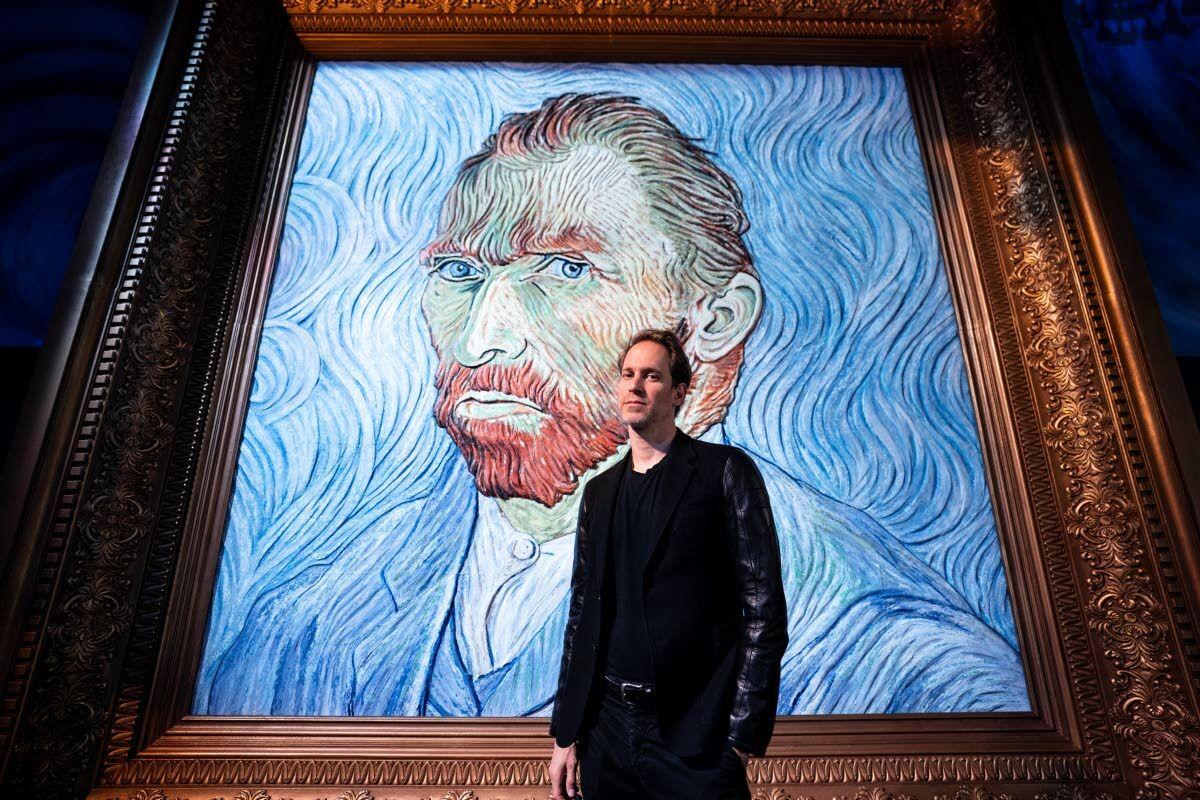 Associated PressDavid Korins stands beside a giant replica of celebrated painter Vincent Van Gogh’s self portrait at a preview of the Immersive Van Gogh exhibit at Pier 36 on June 4, in New York. 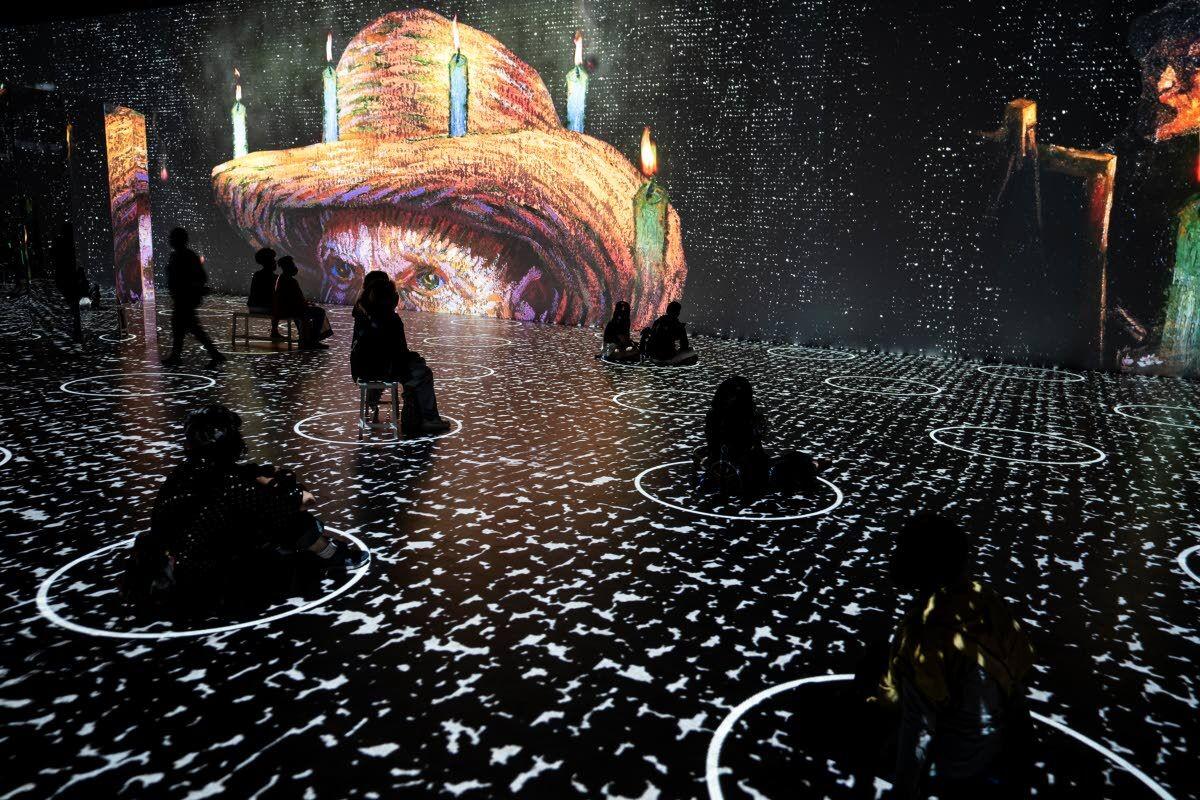 Associated PressProjections of selected works of celebrated painter Vincent Van Gogh are displayed at a preview of the Immersive Van Gogh exhibit. 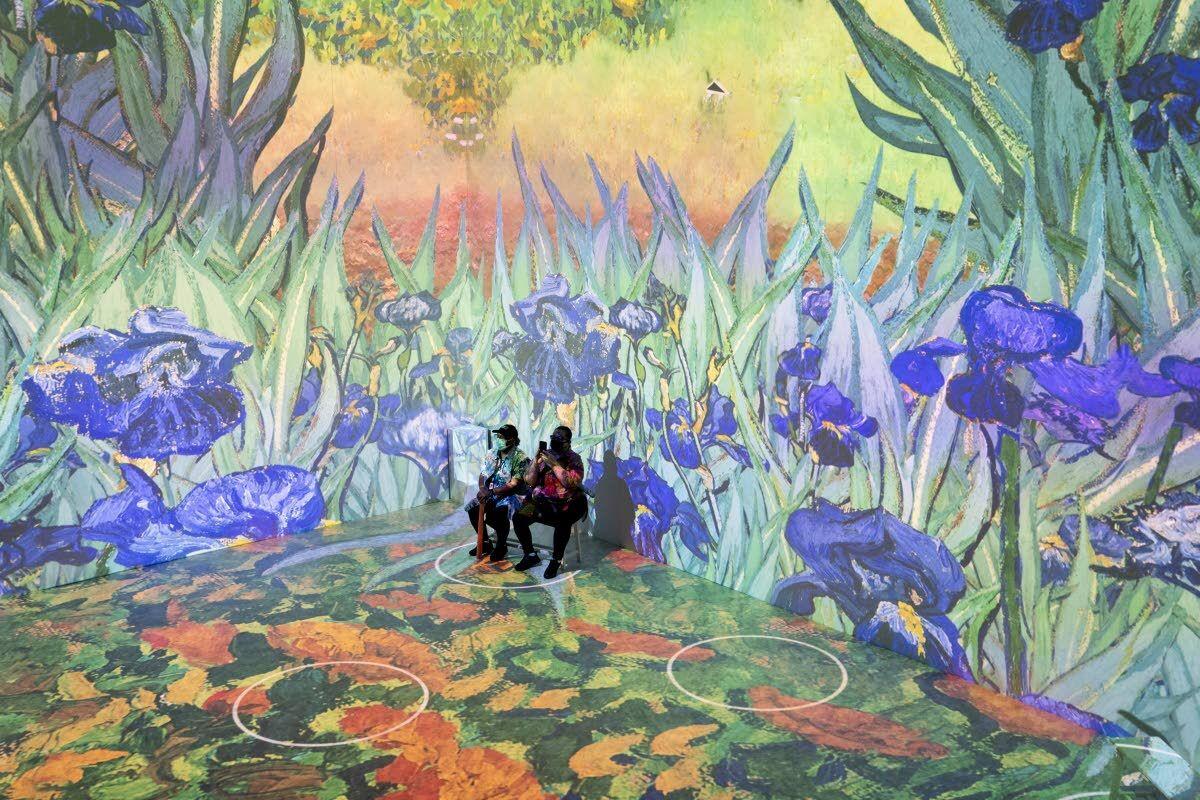 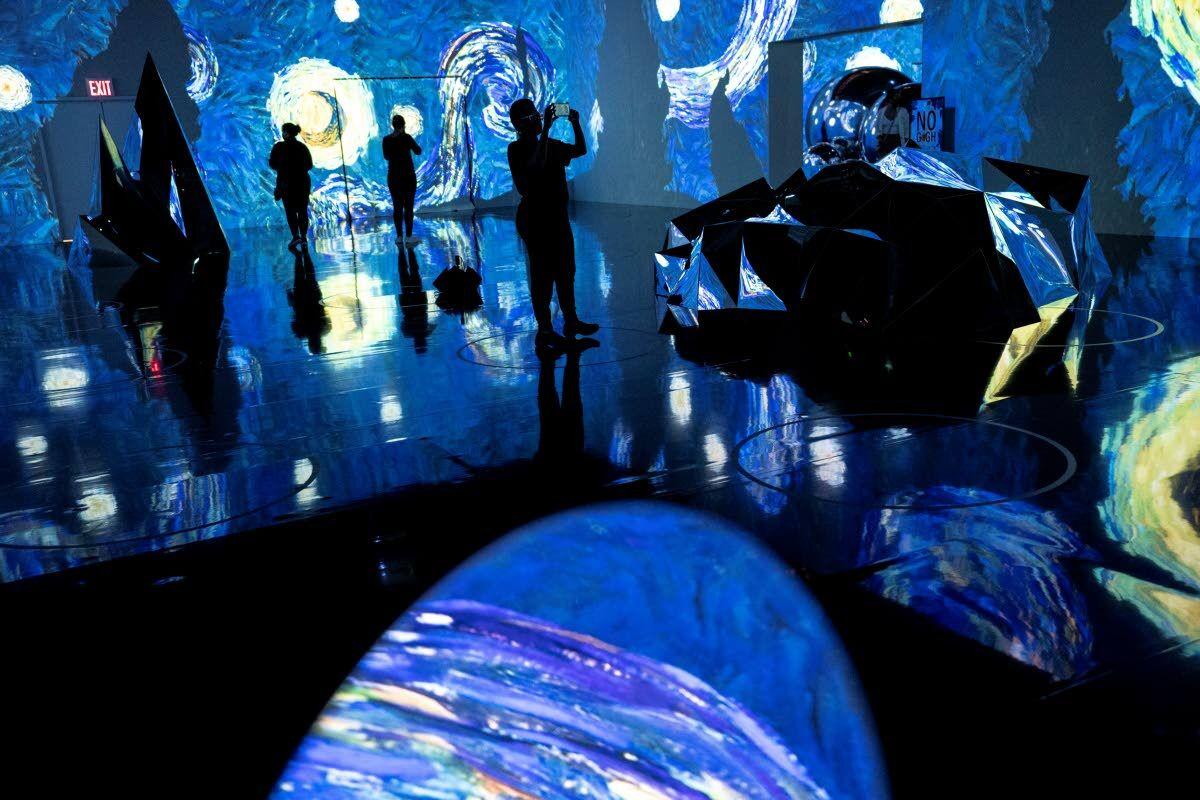 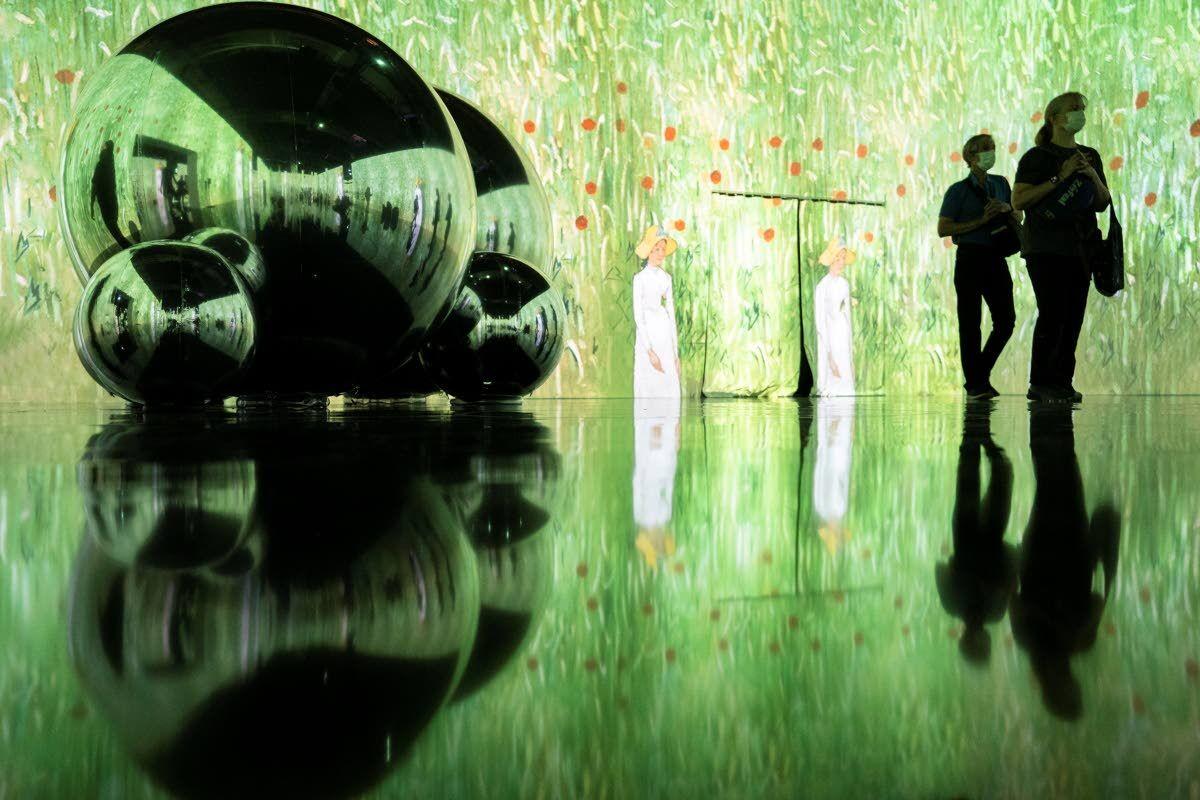 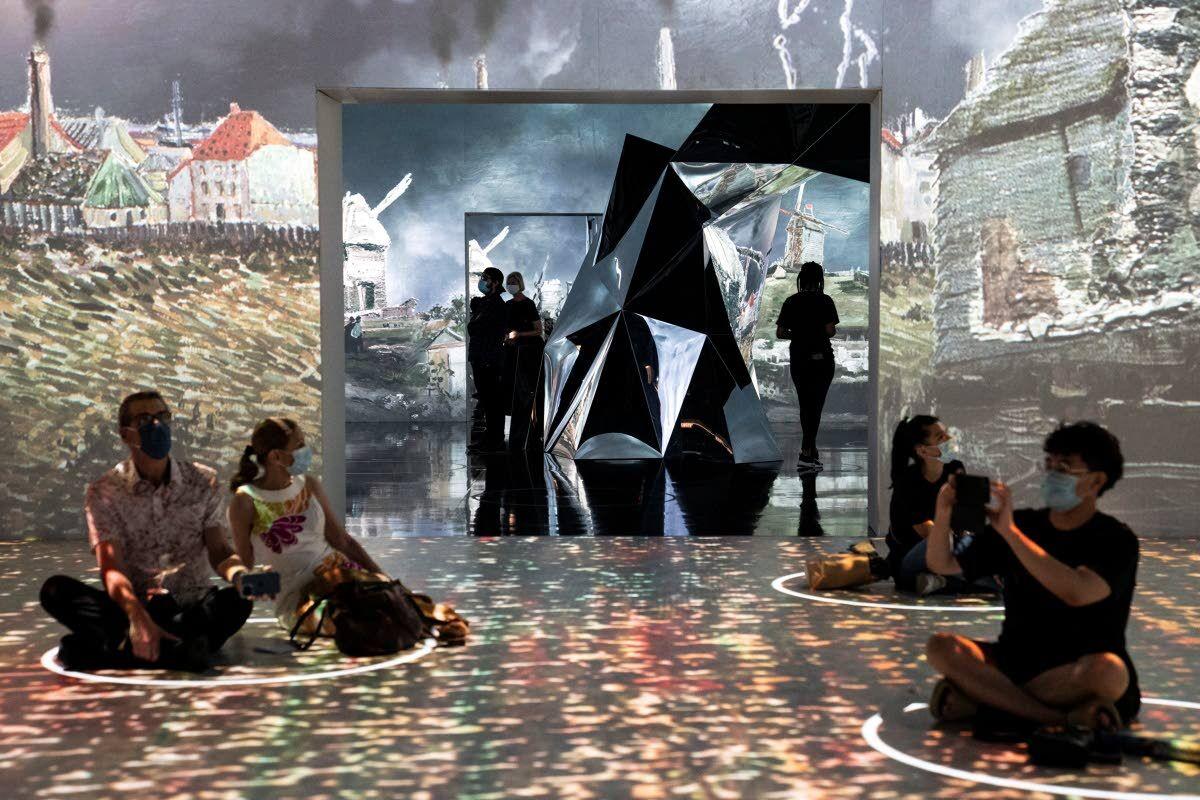 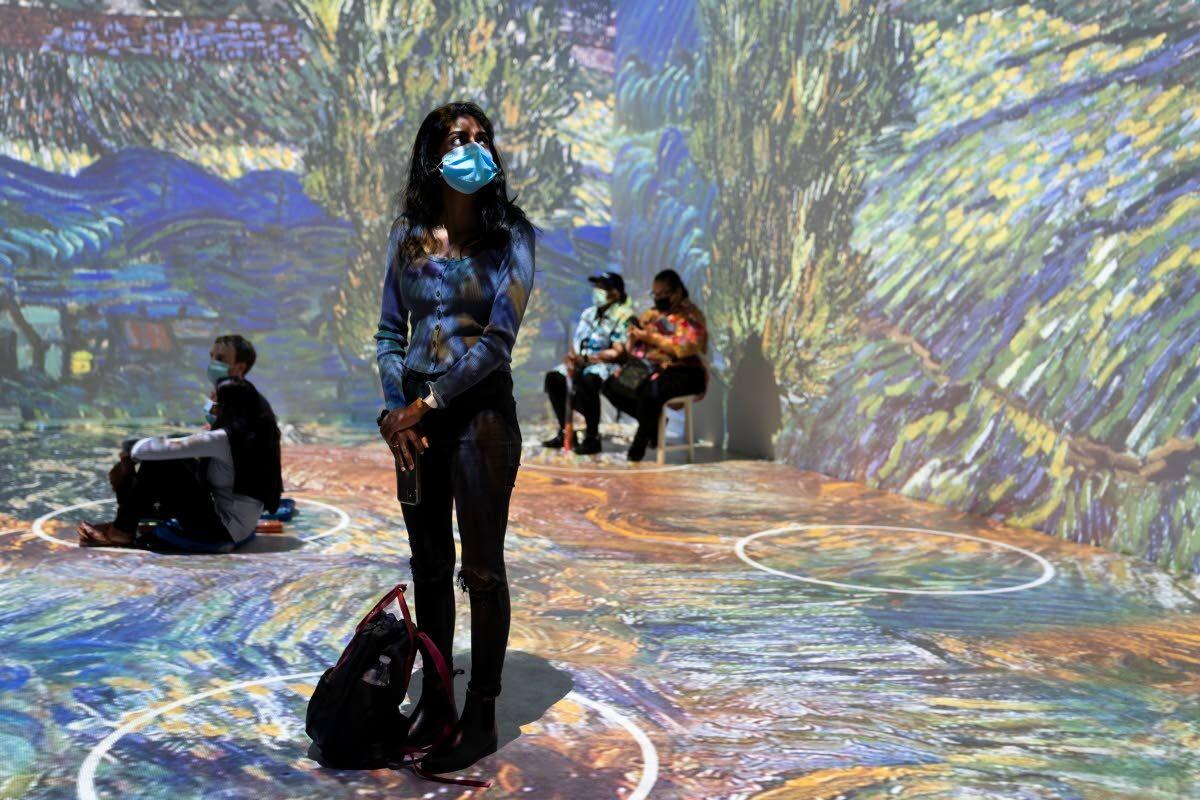 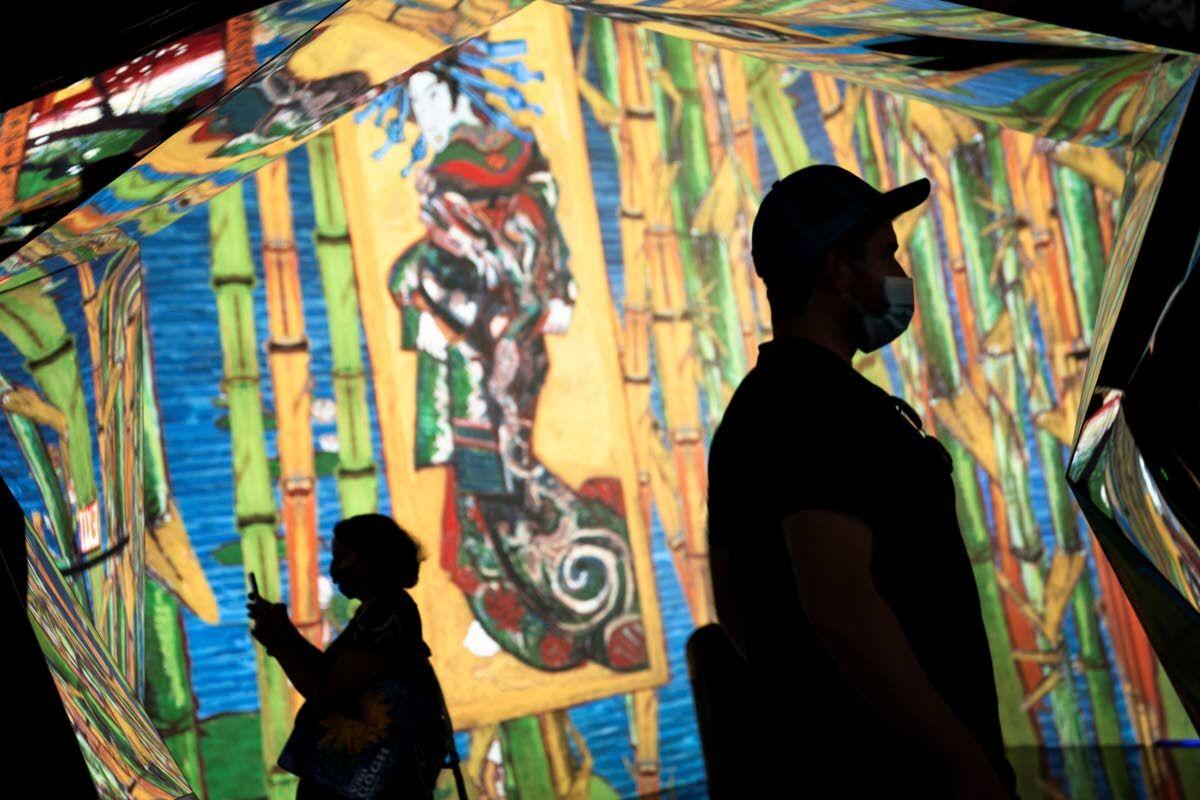 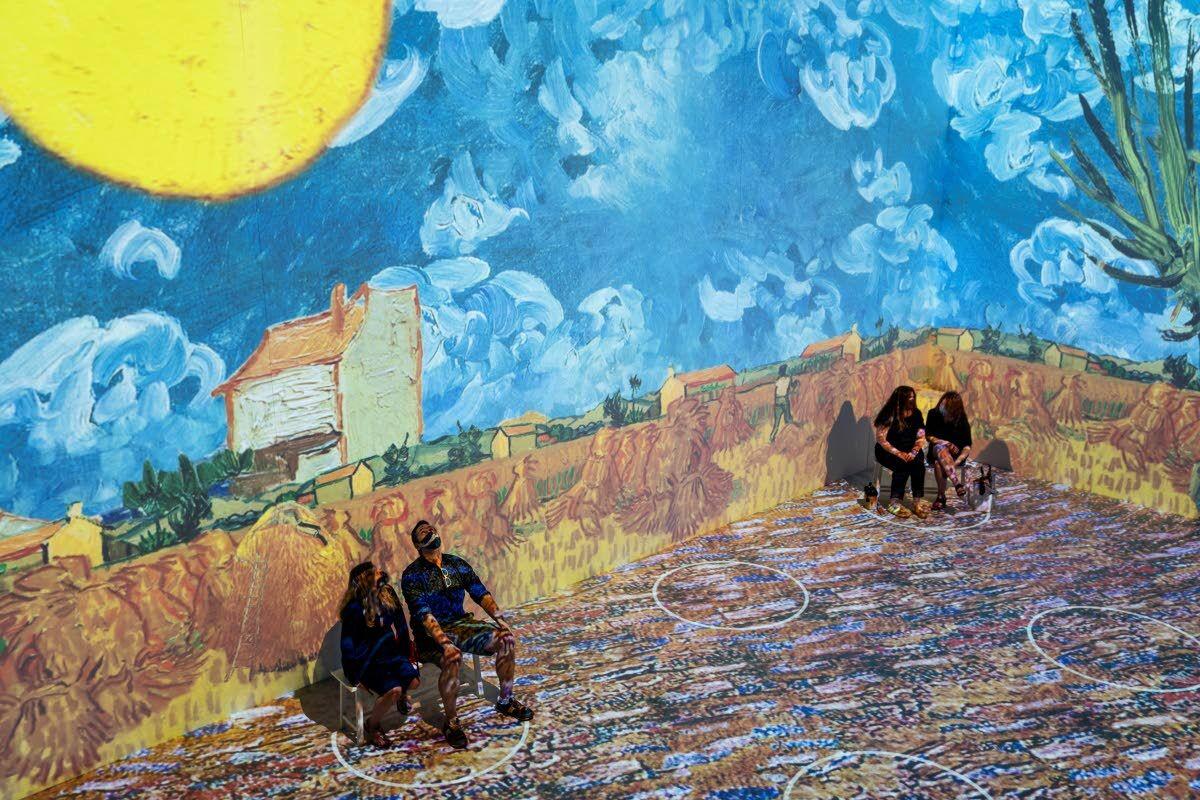 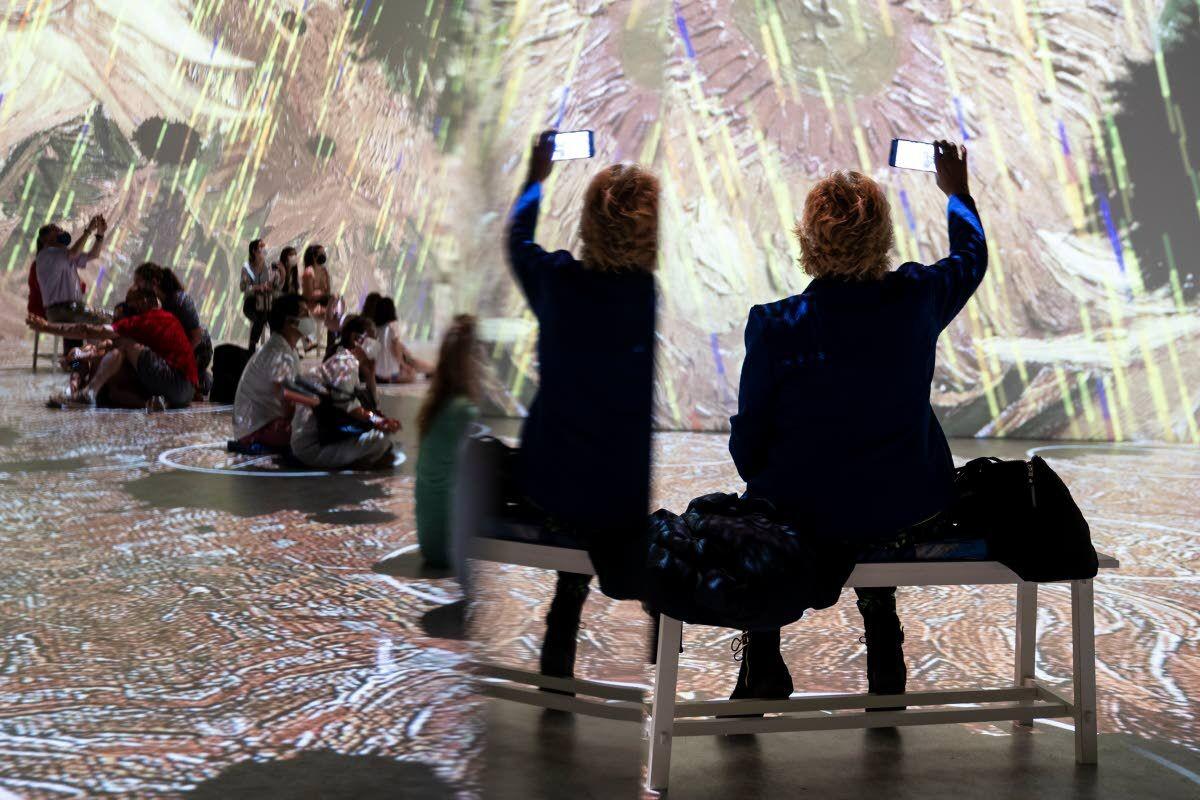 Associated PressDavid Korins stands beside a giant replica of celebrated painter Vincent Van Gogh’s self portrait at a preview of the Immersive Van Gogh exhibit at Pier 36 on June 4, in New York.

Associated PressProjections of selected works of celebrated painter Vincent Van Gogh are displayed at a preview of the Immersive Van Gogh exhibit.

NEW YORK — A massive, immersive exhibition celebrating artist Vincent van Gogh has leaned on some Broadway talent for a little razzle dazzle during its visit to New York City.

Producers of “Immersive Van Gogh” have tapped Tony-nominated and Emmy-winning set designer David Korins for creative help after they secured a jaw-dropping 70,000-square-foot venue for their exhibit in lower Manhattan, easily the biggest space the exhibit has landed.

“They wanted something bigger, fancier, deeper,” said Korins, who has designed sets for “Hamilton” and “Dear Evan Hansen” and is a lifelong fan of Van Gogh. “I wanted to really try and find a way to help people in 2021 see him more as a human.”

Korins has added a ceiling installation that uses almost 8,000 paint brushes to thrillingly reproduce “The Starry Night,” a station that uses artificial intelligence to give visitors an individualized letter from Van Gogh, a chance to co-create a work with him on their phones, and booths that explore the artist’s synesthesia.

Corey Ross, the lead producer of “Immersive Van Gogh,” said the show leans into every place it lands in, and New York was the biggest challenge of any city the show has visited.

“The question was, really, how do we bring in the essence of New York?” he said. “And of course, David Korins is someone whose work I love and he’s the top guy. So he was the first call.”

Some elements of Korins’ work are expected to be added to coming visits to other cities. The exhibition has already been presented in San Francisco, Chicago, Toronto and Paris and plans are to expand to more than a dozen cities across North America, including Los Angeles, Dallas, Denver, Las Vegas, Minneapolis and Pittsburgh.

The heart of the show is the same in each city — a 38-minute digital film projected across the hulking space that dynamically and elegantly weave images from Van Gogh’s paintings on the walls and ground to a soundtrack of gentle electronic music and ethereal piano. Those parts were designed by Massimiliano Siccardi, with original music by Luca Longobardi.

The show’s arrival in New York comes as the city emerges from a lockdown that shut down cultural events and art crowds. “I feel like this is a huge, bright beacon of hope for arts in New York,” said Korins.

All visitors must wear masks and social distancing cues are sprinkled throughout the exhibit. Korins made sure nothing needed to be touched, perhaps except for visitors’ cellphones. He said it’s fitting that Van Gogh was often isolated: “He is a perfect artist and this is a perfect time because we’ve all been wrestling with isolation.”

There has lately been an explosion of renewed interest in the Dutch post-Impressionist artist, and “Immersive Van Gogh” is just one of several traveling exhibits that marry his work with technology. There’s even a rival in New York just a few miles away, “Van Gogh: The Immersive Experience.”

Producers of “Immersive Van Gogh” in New York had so much space — the location on Pier 36 was once home to 25 basketball courts — that they’ve designed three galleries, each larger than the next, which viewers can wander about or sit on benches and watch Van Gogh’s work float by.

Korins has added to the galleries several large mirrored sculptures — some curved, some straight — that reflect and refract the digital images. Visitors are also greeted at the entrance by one of Van Gogh’s last self-portraits blown up to realize the nuance and brushstrokes of the master.

Korins hopes visitors can come away with more knowledge about Van Gogh than just that he was the artist who cut off his own ear and painted “The Starry Night.” Korins reminds people that Van Gogh was a pauper who sold only one painting in his lifetime. “He did so many self-portraits because he had no money to pay for models,” Korins said. “He painted sunflowers because they were free.”

One of the more remarkable additions tries to put viewers inside the mind of Van Gogh, who had a form of synesthesia called chromesthesia in which he was able to hear color and see sound. The audience walks through 10 booths based on the colors most often used in his paintings and gets a light and sound experience that mimics how people with chromesthesia react to certain colors.

“That condition now is considered a gift,” said Korins. “But he was completely misunderstood. And so here’s a way where you can sort of step into the experience.”