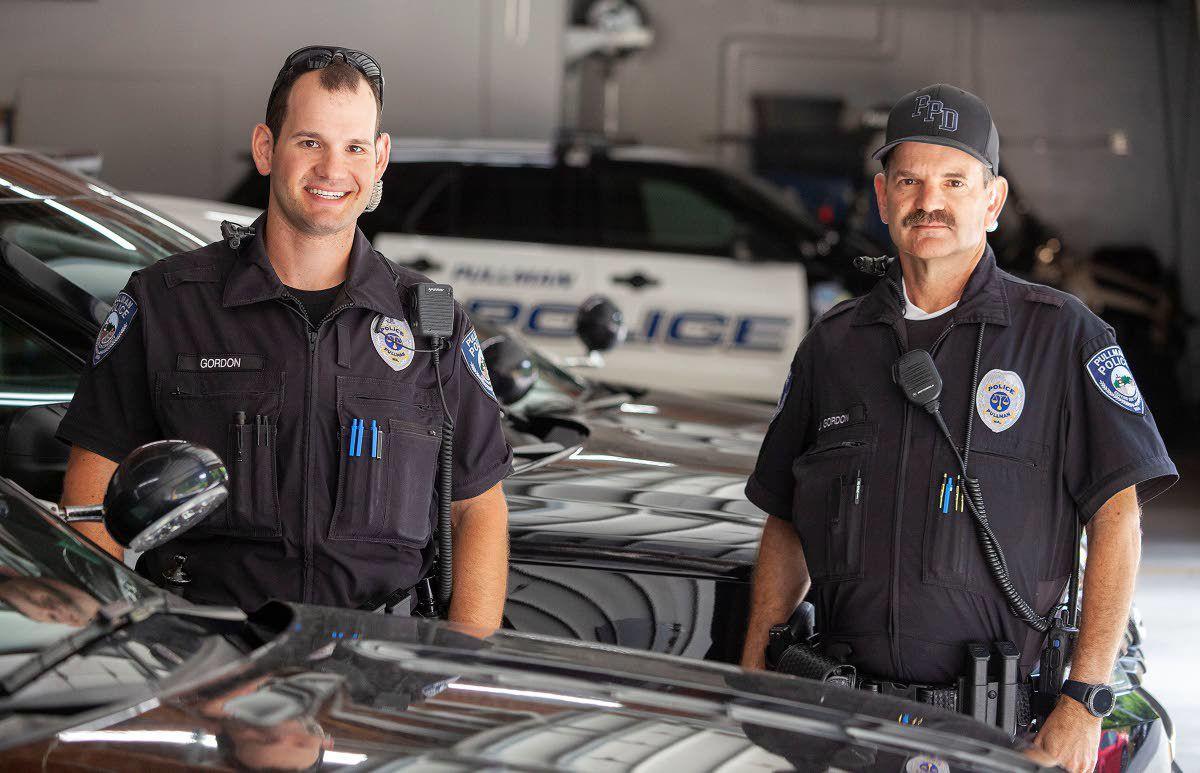 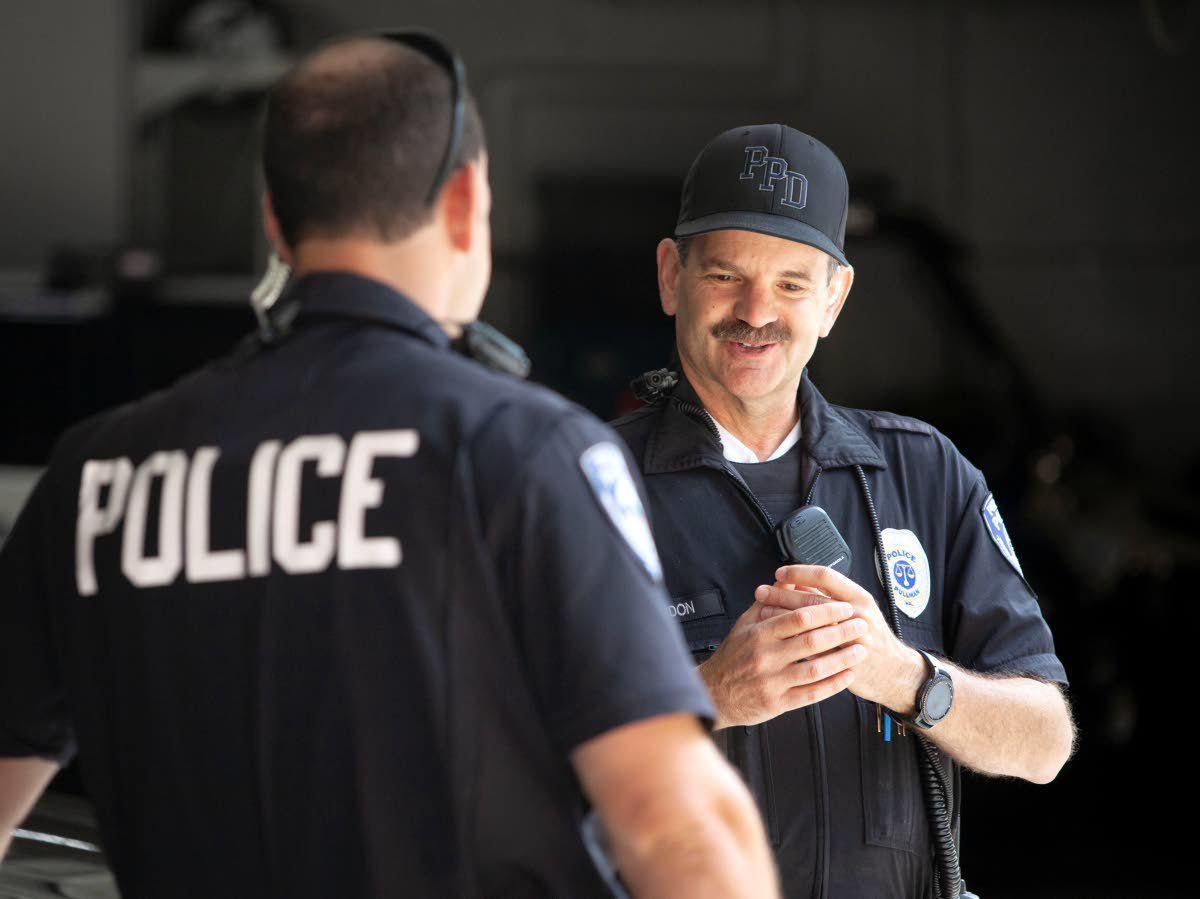 Alex Gordon, left, and his father, Jeff Gordon, talk during an interview at the Pullman Police Station.

Alex Gordon, left, and his father, Jeff Gordon, talk during an interview at the Pullman Police Station.

Pullman Police Officer Alex Gordon remembers watching the television show “Cops” on the weekends with his father, who spent decades working as a law enforcement officer for the U.S. Treasury Department.

When he attended Washington State University and went on ride-alongs in the patrol vehicles with the Pullman Police Department, Gordon realized he wanted to follow in his father’s footsteps and pursue a law enforcement career.

“It was kind of a family business, I guess,” he said.

Now, the father is following in his son’s footsteps.

On June 22, Alex’s father, Jeff Gordon, was sworn in to the Pullman Police Department as a reserve officer.

The father and son duo now patrol the streets of Pullman together, with Alex Gordon showing Jeff Gordon the ropes.

“It’s like going to the first day of school and there’s someone you know,” Jeff Gordon said.

Jeff Gordon said the experience has been exciting, but also nerve wracking because he does not want to make any rookie mistakes that will embarrass his son, he said.

Alex Gordon admits he, too, feels the pressure of looking out for his dad and keeping him safe on the job. But he is proud of his father and the chance to participate together in something they love to do.

“Law enforcement has always been a shared interest that we have,” he said.

Jeff Gordon is still spending time with a training officer and learning how to be out on patrol. Alex Gordon, since being hired in 2010, is also a member of the SWAT team, a firearms trainer and a drone operator for the department.

Jeff Gordon moved to Pullman three years ago after retiring from a long career with the Treasury Department.

It was difficult work, where he would sometimes spend as long as a year working on a case with much of his time spent behind the desk.

Jeff Gordon said in the past he had the urge to become a city police officer so he could be out in the community helping the locals.

Being a volunteer reserve officer in Pullman offers him the opportunity to do just that, while keeping him busy in his retirement and letting him once again enjoy the camaraderie of being around other law enforcement officers.

He said it gives him a chance to learn new skills and offer the department the skills he picked up with the Treasury Department, such as the ability to interview people.

Jeff Gordon said he understands his job is a big responsibility, and he hopes he can be a benefit to his son and the Pullman Police Department.

Jeff Gordon said his wife is proud of them both, and happy her husband has a reason to get out of the house.

While she is probably a little nervous about them being on patrol, that’s life with a police officer.

“We’re a law enforcement family and she has gotten used to it,” he said.