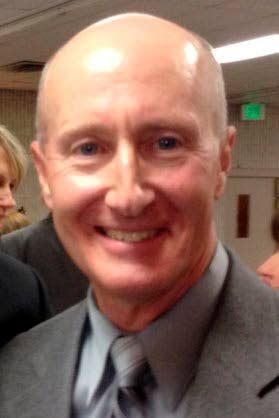 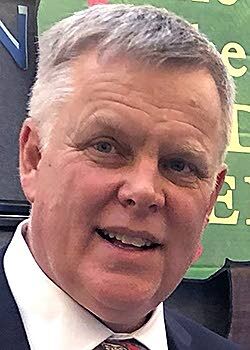 The race for the Idaho Fifth District State Senate seat is a rematch of candidates from two years ago.

Nelson said he is running for reelection because problems still exist and need to be fixed in Boise.

“I’ve spent two years building relationships with my Senate colleagues, both Republicans and Democrats, and I think I know how to use those relationships to help the people of District 5,” Nelson said.

Foreman said legislators are not solving Idahoans’ issues and are acting like it’s business as usual.

“We can’t afford that anymore,” Foreman said. “The country’s in trouble.”

Foreman said he also wants to inspire the state Senate.

Foreman said he will protect people’s rights and serve the public, something he did for more than 40 years while in the military and as a Moscow police officer.

“It’s not about me,” he said. “It’s about the republic. It’s about our state. If other legislators would take that attitude, which is the attitude the Founding Fathers had, we’d be in better position right now.”

Nelson, who serves on the Senate Transportation Committee, said he learned in 2018 while campaigning that good roads are important to District 5 residents.

“Roads are important and continue to be important because we haven’t really fixed our funding dilemma with roads, which is how do we survive on a gas tax that’s a shrinking pot of money and still maintain those roads,” Nelson said.

Nelson said the Legislature needs to “buckle down” and create a line item to fund Medicaid expansion, which Idaho voters approved in 2018. He said the line item would likely be around $15 million out of a $4 billion general fund budget.

“We need to make sure we follow the will of the citizens and continue to fund it and continue to provide healthcare for the 87,000 Idahoans who are depending on it now,” Nelson said.

He said K-12 and higher education needs to be better funded.

The Legislature needs to come up with a new method of funding school infrastructure since many school buildings are old, Nelson said. He said he does not know the answer, “but we need to find a way to change the system so we can modernize those facilities.”

Nelson said higher education is in “a near state of crisis.”

The state has funded higher education poorly for many years and the University of Idaho’s budget has undergone dramatic cuts the past couple years, Nelson said. He said the COVID-19 pandemic has only made matters worse.

Nelson said the Legislature might need to come up with more funding to get the UI through the pandemic.

“I think we need to sort of protect the UI’s revenue in the short term,” he said.

Foreman said UI is struggling financially because of its “inept management,” which is why he said he voted “no” on two UI budgets as a senator.

He said the university continues to increase tuition and spend needlessly.

“They were like kids in a candy store, grabbing for all they could and it’s my constitutional responsibility to stop that,” Foreman said of UI.

Foreman said he will reintroduce “pro-life” legislation even though he said the Senate will not have the “stomach for it.”

A sanctuary city or school limits that entity’s cooperation with the federal government’s effort to enforce immigration law.

Foreman said he does not want entities to shelter people who broke the law.

“Can we go out and pick and choose which laws we’re going to obey?” he said. “We can’t. That leads to anarchy.”

Foreman said he will also stand on guard against wasteful spending as many legislators rubber stamp bills.

“Boy, they waste a lot of your money down there,” he said.

Nelson said he is the man for the job because he tries to understand residents’ concerns and act accordingly. He said he is responsive to all his constituents — those who agree and disagree with him.

“You have to go out and listen to your constituents on that, and I think I am the candidate who best does that in this district,” Nelson said.

Foreman said he is the best candidate because of his more than four decades of public service.

He said the Legislature is “a meatgrinder of an environment” because the media, legislators and constituents beat him up.

“But I’m an honest person and I don’t care about politics or votes or getting reelected,” Foreman said. “If they send me, I will do what I promised to do come hell or high water … I’m going out of a sense of obligation and I will be effective. I guarantee you.”