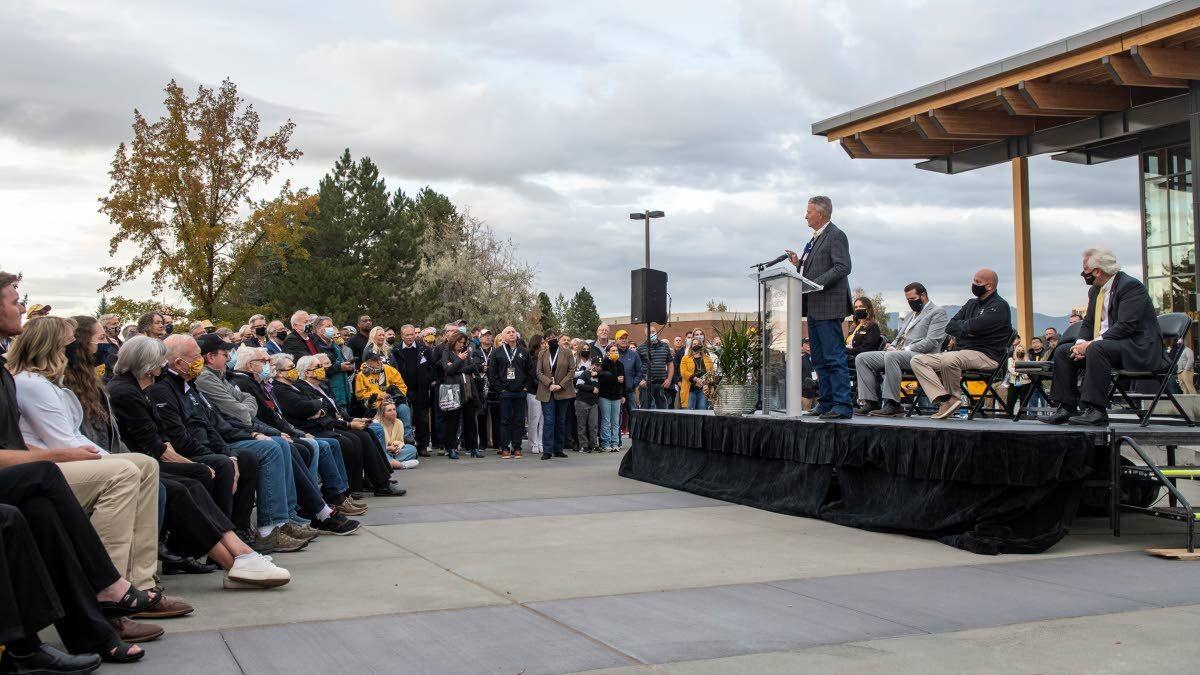 Zach Wilkinson/Daily NewsGov. Brad Little speaks to a crowd during the grand opening of University of Idaho’s ICCU Arena on Friday afternoon in Moscow. 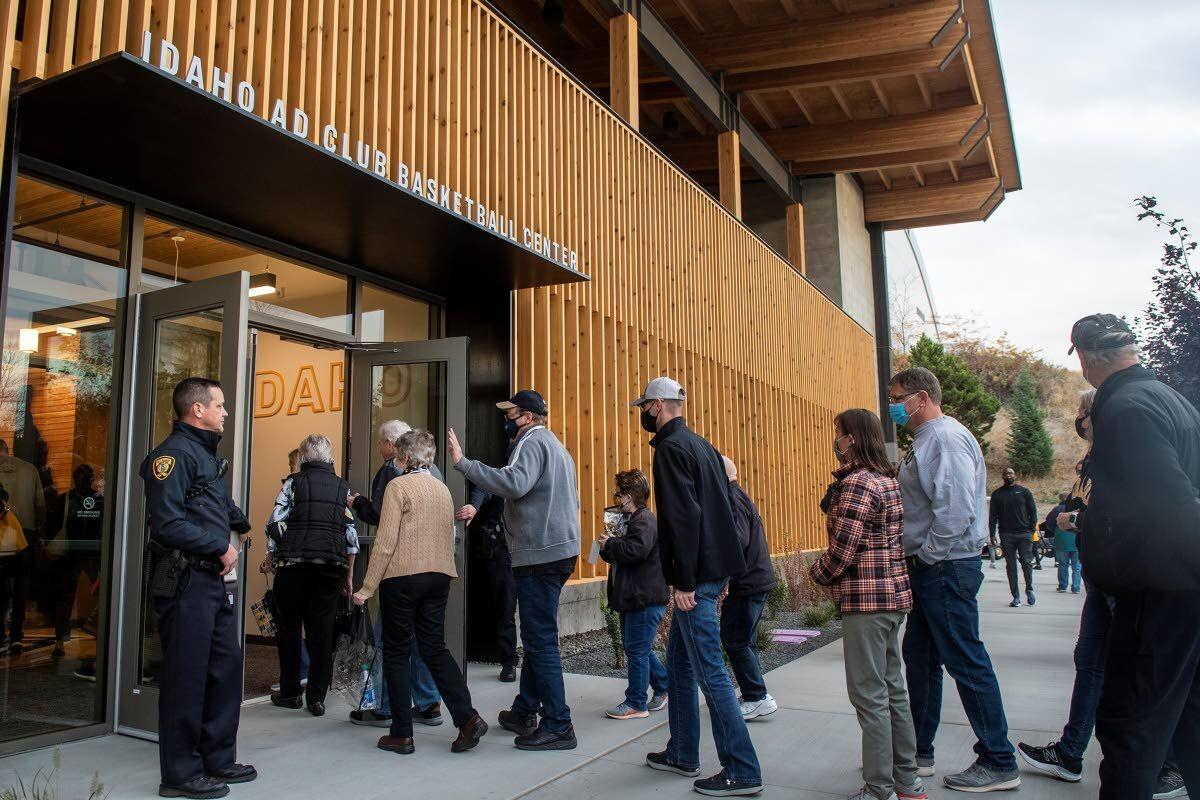 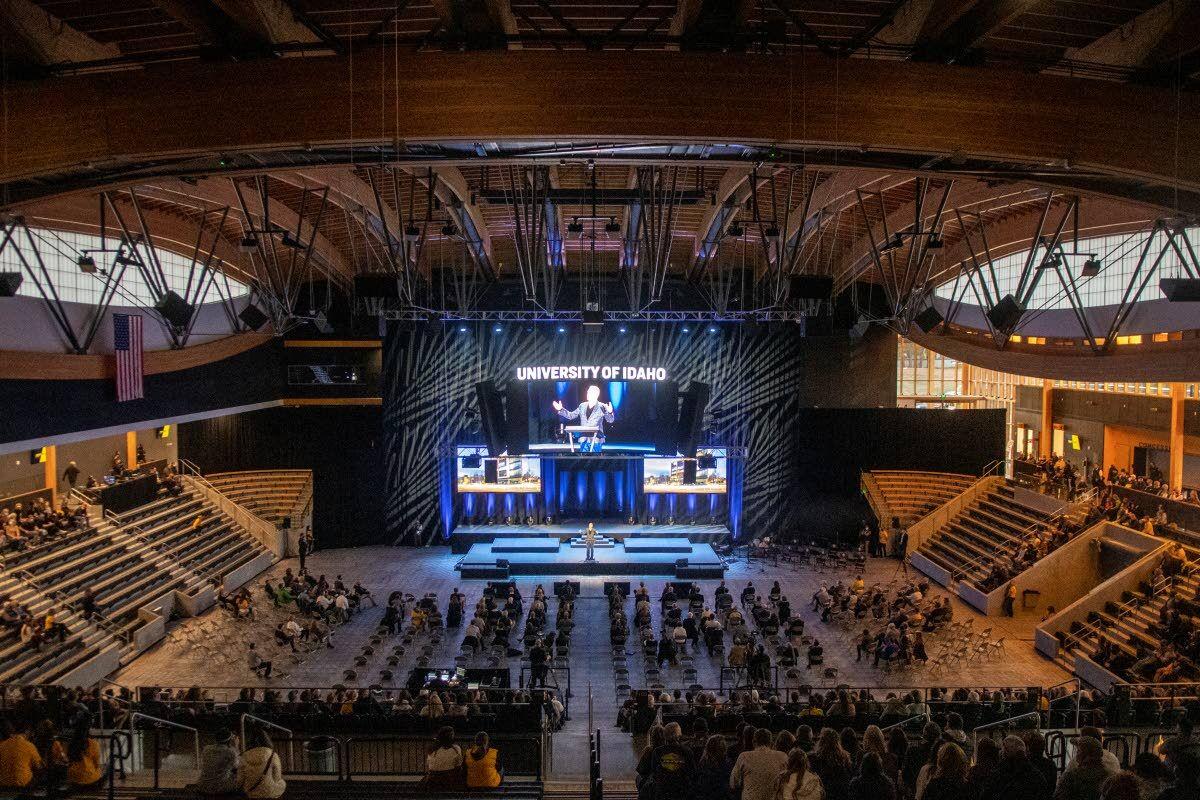 Gov. Brad Little speaks to a crowd to promote Idaho’s “Brave. Bold.” campaign during the grand opening of University of Idaho’s ICCU Arena on Friday afternoon in Moscow. 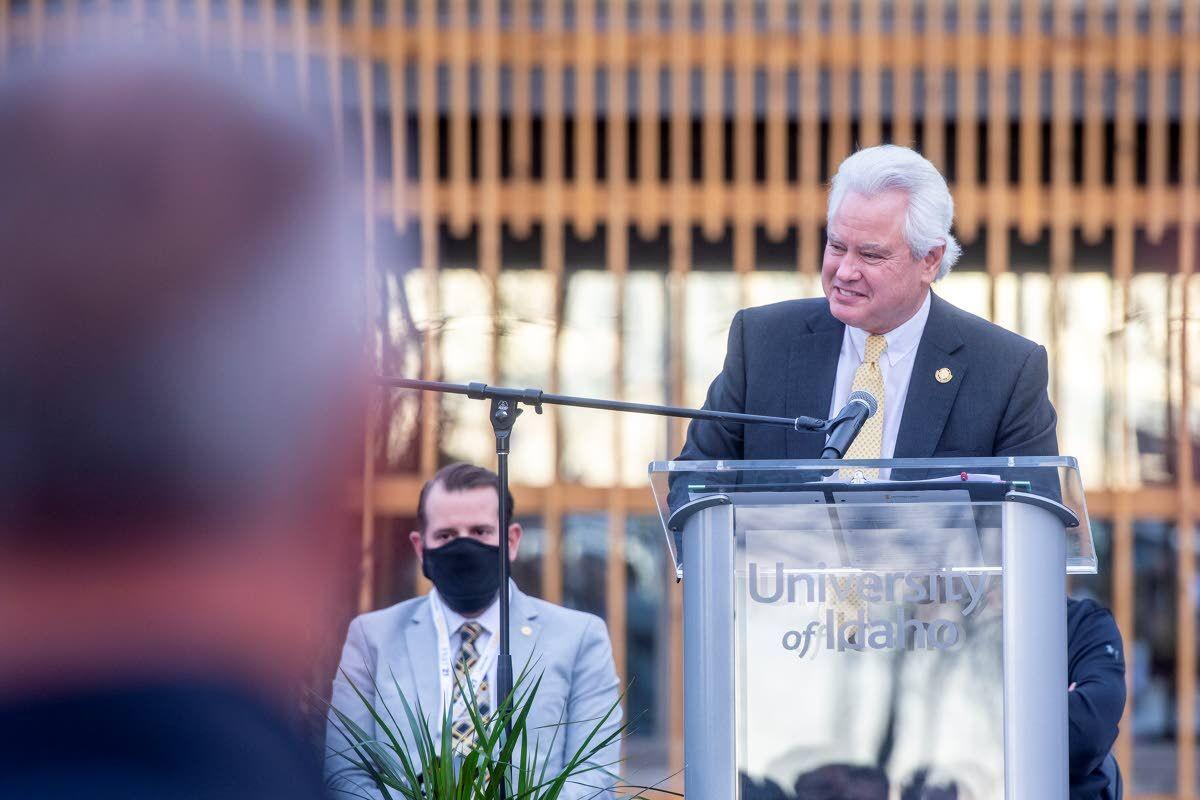 Zach Wilkinson/Daily NewsGov. Brad Little speaks to a crowd during the grand opening of University of Idaho’s ICCU Arena on Friday afternoon in Moscow.

Gov. Brad Little speaks to a crowd to promote Idaho’s “Brave. Bold.” campaign during the grand opening of University of Idaho’s ICCU Arena on Friday afternoon in Moscow.

Gov. Brad Little paid a visit to Moscow on Friday to help usher in a University of Idaho fundraising campaign and celebrate the new Idaho Central Credit Union Arena on campus.

A crowd gathered outside the new arena to listen to the governor, a Vandal alumnus, praise the UI’s efforts to create an arena that helps entice students to complete their higher education in Idaho.

UI President Scott Green called the arena a “stunning structure.” He said almost all of the wood product that is part of the structure was grown, manufactured and built in Idaho.

“It’s already proved to be a valuable tool in recruiting students, athletes and non-athletes alike,” he said of the ICCU Arena.

After the ribbon cutting, the crowd went inside the arena to watch as the UI officially kicked off its new fundraising initiative called, “Brave. Bold. A Promise to Idaho’s Students”

The event featured music from the UI jazz band and the marching band. The audience also heard speeches from students and alumni about how the university has benefited their lives.

“The goal of the campaign is to guarantee financial support for our students, to expand programs that enrich the student experience and enhance classroom learning and to prepare our graduates for meaningful careers,” Green told the crowd.

One facet of the campaign is to support the Washington, Wyoming, Alaska, Montana and Idaho Regional Medical Education Program, known as WWAMI. It is Idaho’s only medical school that is partially funded by state dollars.

According to a report from the Idaho Capital Sun, it’s also the medical school that produces the most rural physicians for the state, with incentives available for those who decide to practice in rural Idaho.

That cost of the University of Idaho’s program is about $80,000 per year, with state support covering roughly half of tuition and leaving $40,000 per year on the student. And that’s just tuition — many more dollars are spent on supplies, internships and other associated activities.

In the Capital Sun report, Green said the university has not increased tuition for the past two years and is doing everything possible to keep costs down, but in the absence of more support from the state, fundraising will be needed to avoid further tuition hikes. Given recent battles in the Idaho Legislature over funding for higher education institutions, Green said they have to look to other options.

The university is also planning to revamp its career services department to better match students with jobs where they are most needed, and increase its experiential learning opportunities.

Little said Friday that as the state makes its way out of the pandemic, it must stay “laser-focused” on strengthening its education system.

Green took time during Friday’s event to praise the people that have already donated millions to scholarships at the university.

John Huckabay donated $12 million to the medical program. The university has also received $3.2 million in donations from Clint and Kim Marshall, Gary Michael and Mel and Charlotte Van Dyke.

The Idaho Capital Sun’s full story on the new fundraising initiative can be found through the shortened link https://bit.ly/2WVZf2B.