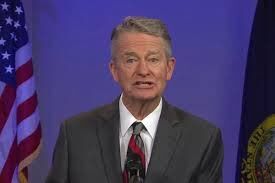 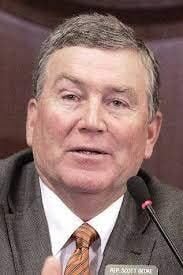 BOISE — Legislative leaders expressed hopes for a quick and productive session this year, but acknowledged that election year politics may get in the way.

Speaking at a preview meeting with reporters Friday, House Speaker Scott Bedke, R-Oakley, said deciding how best to use a projected $1.6 billion budget surplus will drive much of the conversation this year.

“We’re in a rare situation financially,” he said. “Between the general fund surplus and the federal (pandemic relief) money, we have a chance to make investments that will pay dividends for decades to come. This session needs to be all about finding the best way forward and setting up a framework to do that.”

Among other priorities, Bedke cited paying down debt and improving Idaho’s transportation and water infrastructure. He also supported “targeted investments” in the K-12 school system, including literacy programs.

In addition, he said this needs to be a “quick and efficient” session — in contrast to last year’s 311-day marathon, which ended up being the longest in state history.

“From my position as speaker, we will enforce deadlines and transmittal (dates), and get the people’s work done sooner rather than later,” Bedke said.

Democrats support that goal, although their priorities for the session differ somewhat from Republicans.

“There are a number of really pressing issues the state needs to address,” said Rep. James Ruchti, D-Pocatello. “They’re the same issues we’ve been facing and haven’t quite been able to solve for the last few years. They include affordable child care, the challenges to K-12 and higher education, affordable housing and property tax relief. Those are things the minority caucus is laser-focused on.”

Ruchti also suggested political infighting within the Republican caucus may determine how successful the Legislature is in focusing on such bread-and-butter issues.

Last year, for example, far-right lawmakers in the House blocked a number of education appropriation bills over concerns about critical race theory and alleged indoctrination. They’ve indicated they plan to continue such efforts this session.

“It causes me a lot of concern,” Ruchti said. “Every hour we spend talking about some made-up social issue that lacks data, facts and science — that’s done to play to a base, that’s done to get clicks and donations — is an hour we don’t have to spend on things that are critical for Idaho families. Every hour we spend placating the far right is an hour we don’t spend getting real work done.”

Gov. Little also spoke with reporters Friday. While he didn’t provide many details, he indicated his State of the State Address will likely include proposals dealing with potential tax cuts, as well as affordable housing needs and child care services.

Overall, however, his 2023 budget isn’t likely to break the bank.

“We won’t be big spenders, because we’re concerned about that,” Little said. “There’s a lot of velocity in the economy, but I still want to be prudent. You’ll hear a lot about prudence on Monday.”