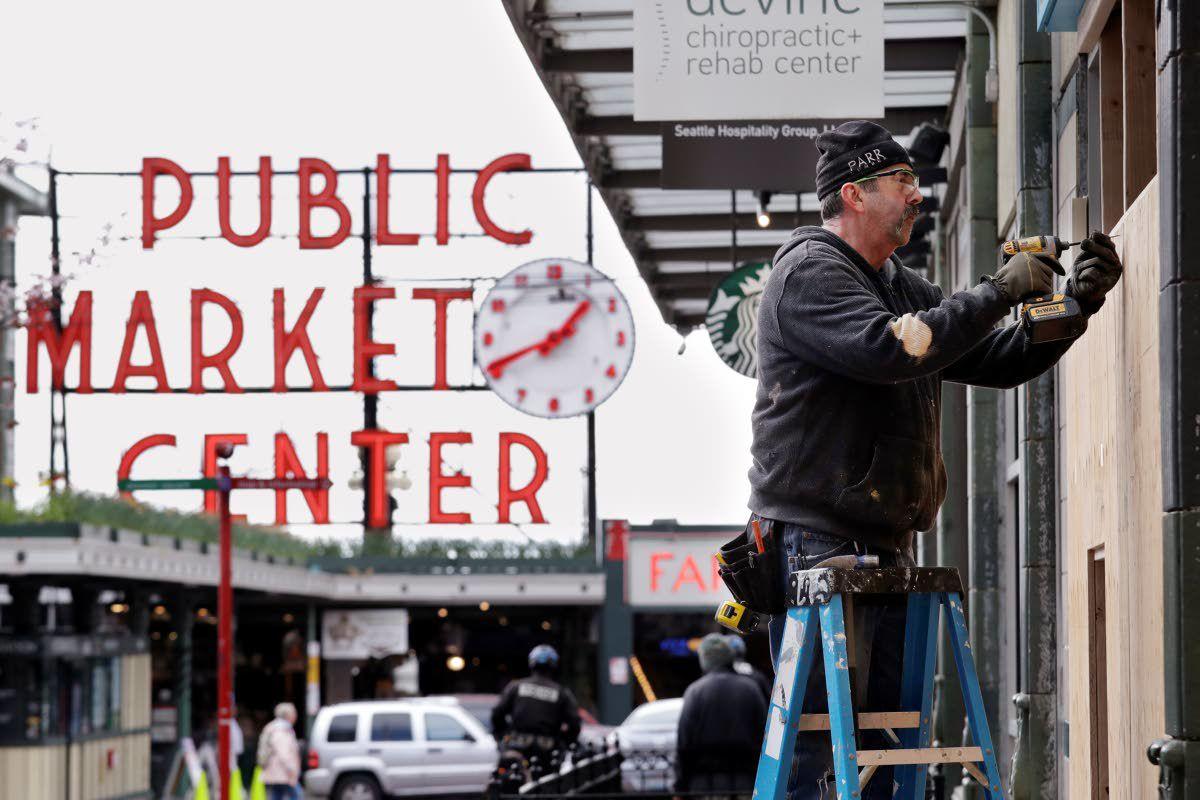 A carpenter, who declined to be identified, covers a closed store with plywood panels in view of the Pike Place Market in downtown Seattle on Thursday. 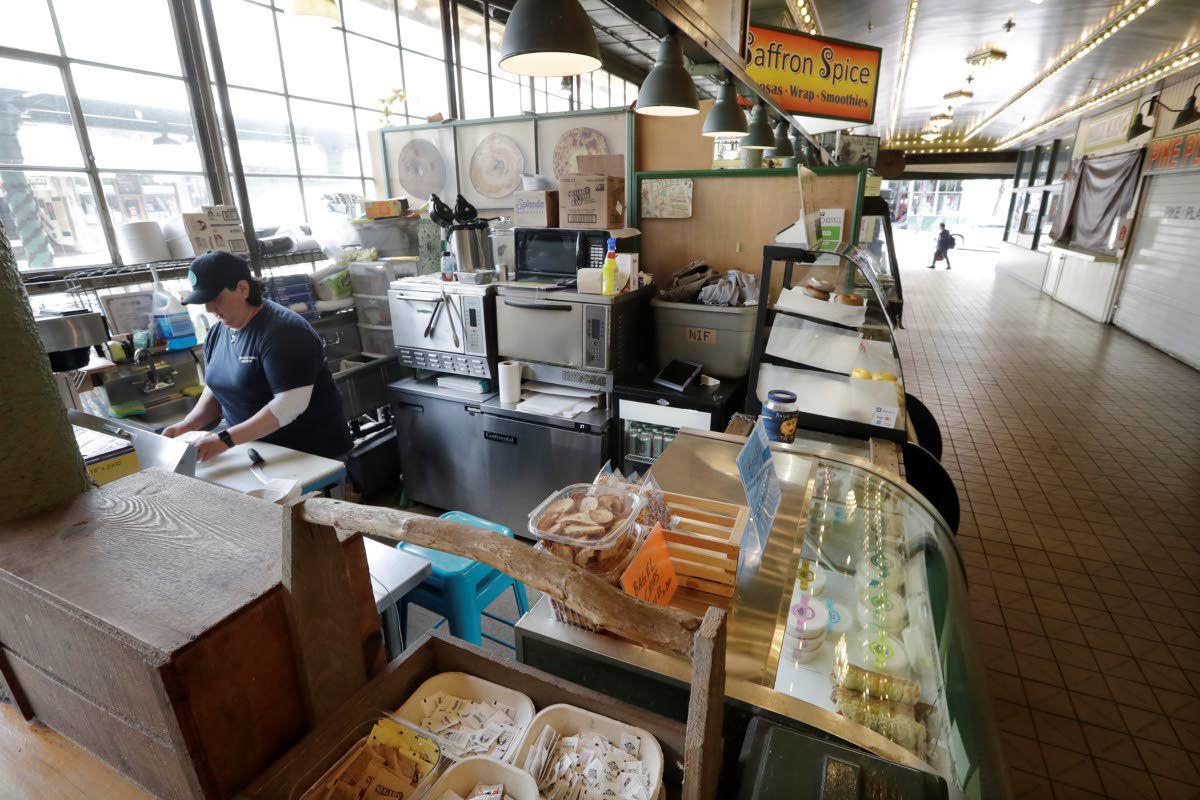 A carpenter, who declined to be identified, covers a closed store with plywood panels in view of the Pike Place Market in downtown Seattle on Thursday.

Unemployment claims skyrocketed in both Idaho and Washington last week, part of a worldwide economic slowdown caused by the spread of the coronavirus.

Nearly 33,000 Idaho residents filed for unemployment benefits last week, while there were 181,975 jobless claims in Washington over the same time.

The Idaho Department of Labor reported that the number of claims filed between March 22-28 was a 143 percent increase over the 13,500 filed the previous week, which at the time had been the largest the agency had ever recorded.

In Washington, the March 22-28 total was a 41 percent increase over the previous week’s earlier record of 128,962 new claims, the state Employment Security Department reported.

In north central Idaho, there were 1,020 unemployment claims for the week of March 22-28, which included 444 in Nez Perce County, 334 in Latah County, 125 in Idaho County, 67 in Clearwater County and 50 in Lewis County. During the previous week, the region saw 372 claims.

In southeastern Washington, new claims for unemployment benefits for the week of March 22-28 totaled 568, with 383 in Whitman County, 176 in Asotin County and nine in Garfield County.

Idaho Gov. Brad Little issued an emergency declaration on March 13 because of the virus and followed that up on March 25 with a statewide stay-at-home order that is in effect until April 15.

The agency said the total number of people filing claims between March 15 and Saturday is more than 46,500. Workers of all age groups are being affected, but people younger than age 25 represent a disproportionate share of the total.

The agency said it is working with the federal government to put in place provisions of the $2.2 trillion rescue package approved by Congress last week that should help self-employed or gig-economy workers.

The agency said that about a third of those filing claims last week live in highly populated southwestern Idaho, which includes Ada, Canyon, Gem, Boise and Owyhee counties. Some of those residents travel to the city of Boise and other cities for work.

Officials in Washington said that Thursday’s numbers are seven times the peak week seen by the state during the 2008 recession.

ESD Commissioner Suzi LeVine said that while the numbers show that people are abiding by Gov. Jay Inslee’s stay-at-home orders, they also speak “to the hurt and the pain that we’re feeling in our economy and the challenges we are facing as a state.”

She said that the federal rescue package that was signed into law last week “comes just in time.”

The package includes $350 billion in small business loans that can be forgiven if the companies use the money to retain or rehire workers. This provision could help limit future layoffs or lead some companies to recall employees to work.

The economic rescue package also added $600 a week in jobless aid, on top of what recipients receive from their states, and extends 13 additional weeks of benefits beyond the six months of jobless aid that most states offer.

LeVine said Thursday she knows people have had challenges with the state website, and said they’re rolling out a technology fix this weekend for people who have been locked out of their accounts, and have expanded call center hours during the week and added Saturday hours.