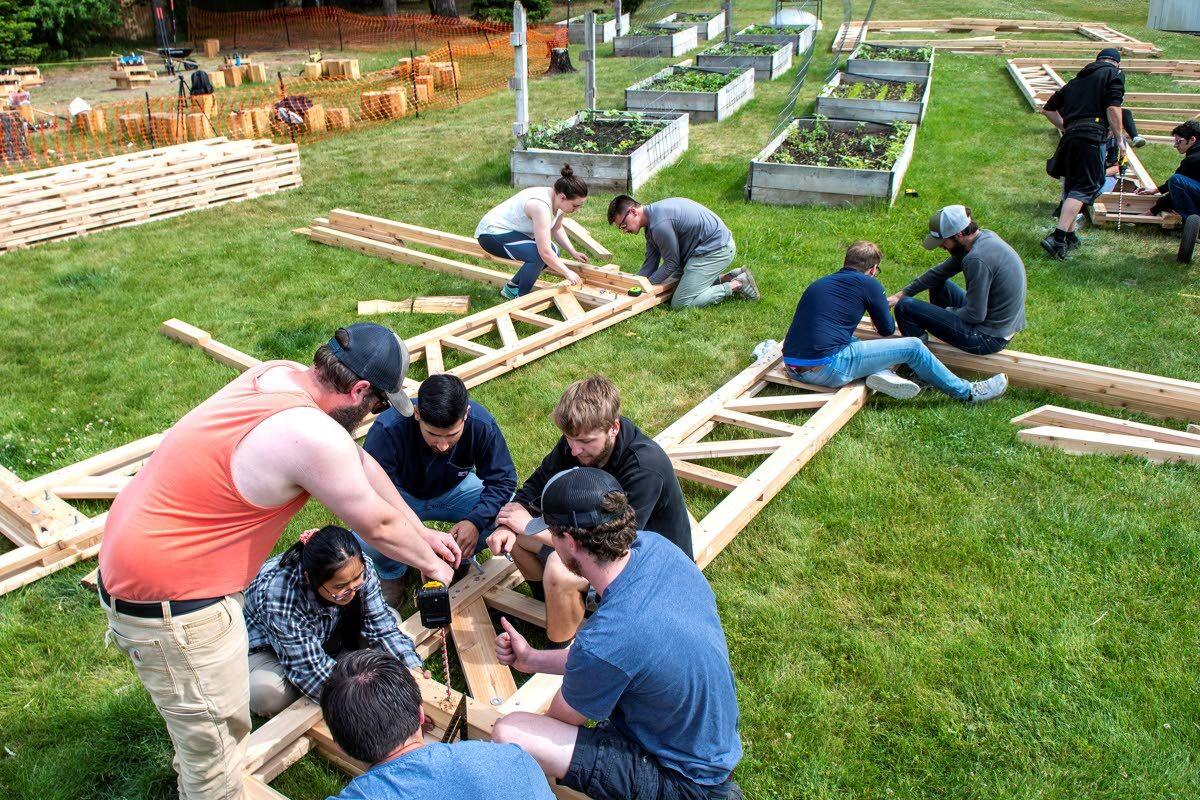 Photos by Zach Wilkinson/Daily NewsUniversity of Idaho seniors and graduate students in the Idaho Design-Build course work Wednesday on putting together columns and trusses for an outdoor classroom being built for McDonald Elementary School. 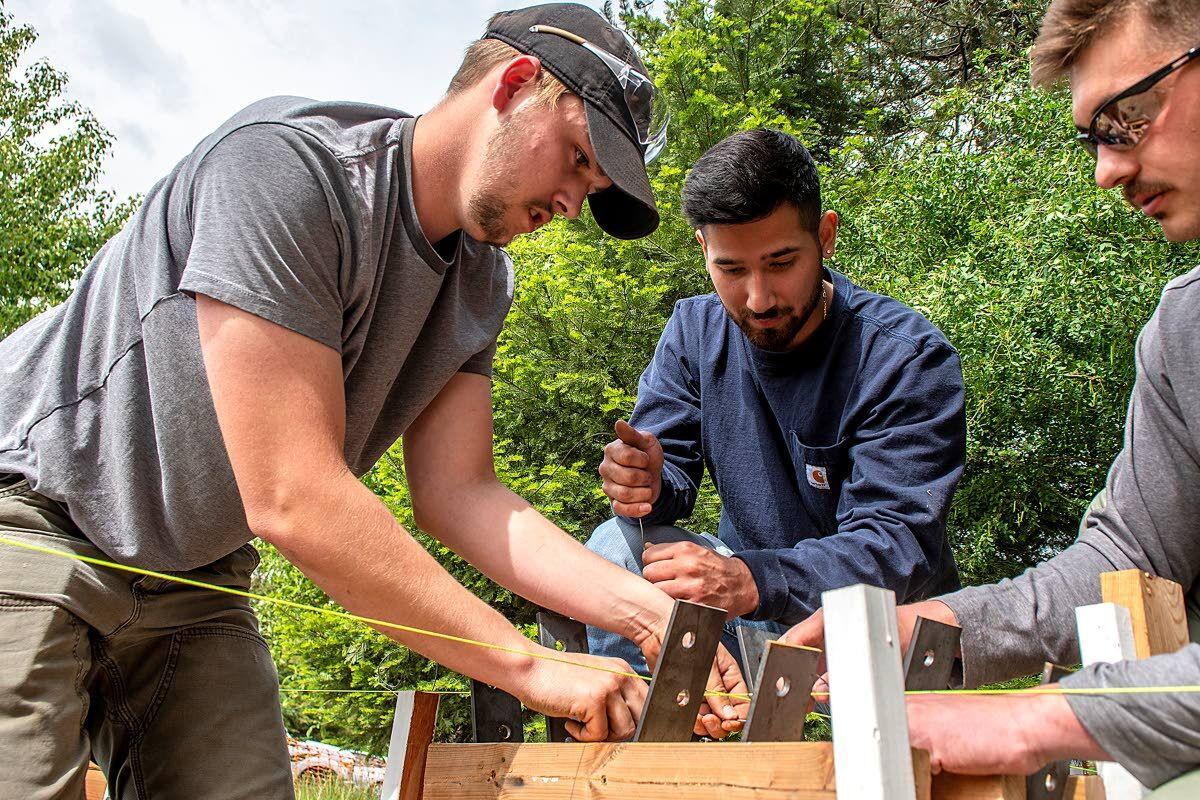 University of Idaho students Ben Mendenhall, from left, Marco Delgadillo and Kyler Lee tie rebar together on a baseplate foundation in preparation for pouring concrete later in the week as they work on an outdoor classroom project for McDonald Elementary School. 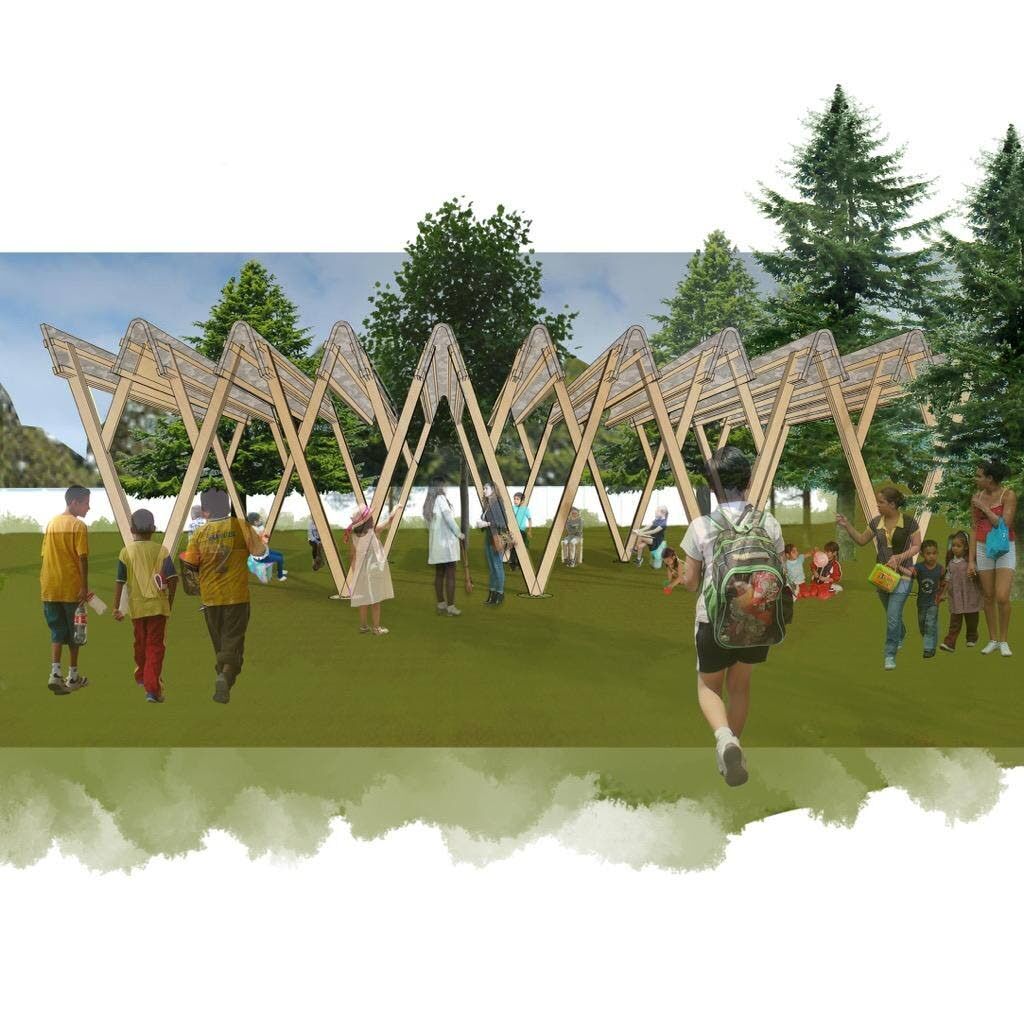 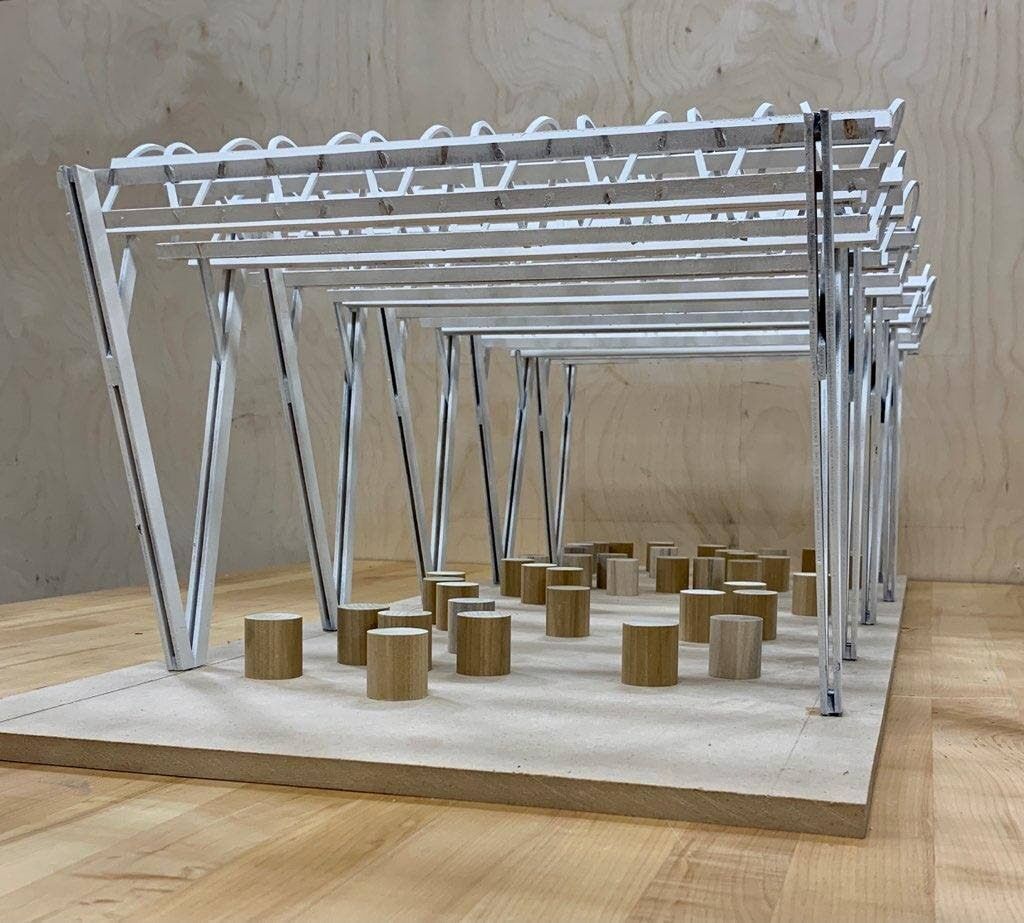 Photos by Zach Wilkinson/Daily NewsUniversity of Idaho seniors and graduate students in the Idaho Design-Build course work Wednesday on putting together columns and trusses for an outdoor classroom being built for McDonald Elementary School.

University of Idaho students Ben Mendenhall, from left, Marco Delgadillo and Kyler Lee tie rebar together on a baseplate foundation in preparation for pouring concrete later in the week as they work on an outdoor classroom project for McDonald Elementary School.

Students with the University of Idaho’s College of Art and Architecture are knee-deep in another community project after updating the exterior of One World Cafe in downtown Moscow, this time designing and building an outdoor classroom for Moscow’s McDonald Elementary.

UI Architecture Professor Scott Lawrence said the new outdoor classroom is meant to give instructors and students a central focus space without shutting out the outside world. The result is a design with a roof of sharply articulated, repeating arches between each truss, covered with widely spaced wood cladding and supported by V-shaped columns, leaving the walls open on all sides.

Lawrence said having the columns come down at an angle to meet at a shared base rather than designing for simple vertical columns helps retain that open feel. He said the roof design will provide shade but will do little to shelter against rain or other precipitation.

“We wanted to create kind of a shading device in this clearing that we have here. We did create a space for learning, without actually closing it off,” UI architecture student Zackery Maughan explained.

“We wanted to not do something normal, we wanted to do something exciting and fun for the area — and on the other note, this is the first class that we get to work with a client,” said Maughan’s classmate Noah Anderson. “It’s a totally different situation when you have someone else who is really driving what you guys should be doing instead of just a conceptual design that we normally do.”

This direct interaction with a client is part of the reason he likes doing projects like this, Lawrence said. This kind of work also gives students the ability to understand how problem-solving works on a job site, he said. The logistical and mechanical challenges of building from a plan become more apparent when you’ve spent some time working directly on a project rather than just drawing up designs.

“Whether they’re the ones doing the construction or not, they’ll get the call saying ‘Hey, you designed this thing, how do you want us to put it together?’ ” Lawrence said. “So it forces them to think about things at a much higher detail level.”

These projects dovetail with the university’s land grant mission to serve the public, he said, but the peripheral benefits for students, the UI and the communities they’re working with goes much deeper than that.

“We want to be part of our community, we want the students to feel like they’re part of the community — not just that they lived here for four years or six years or whatever it is, but that they are having an impact,” Lawrence said. “If they can see that they’re able to have an impact — whether it’s through this type of project, or working with a nonprofit or working with small businesses and working directly with clients — they will be able to see that path for themselves for their career.”

McDonald Principal Kim Mikolajczyk said the school’s parent-teacher organization has donated $5,000 to the project and the school itself is kicking in another $3,000 or so using other donations. However Lawrence estimated if the project were done by a commercial outfit, the price could be anywhere from twice as much to three or four times higher.

While it’s great that they can save their clients money, Lawrence said the goal is not just to make cheap architecture but really great architecture at an affordable price. He said they’d like to be a part of projects that couldn’t have happened without their involvement and deliver a product that exceeds expectations.

Mikolajczyk said the space will replace an existing outdoor classroom that had aged beyond use, and the school has at least one more instructional space situated outside. There are a number of well-documented advantages to conducting classes outdoors, she said.

“You get something different out of kids when they’re being taught outside, even if the subject has nothing to do with outside,” she said. “Their minds are, I think, a little bit freer to understand — after they get done sucking on the honeysuckles, or picking for clovers and things like that.”