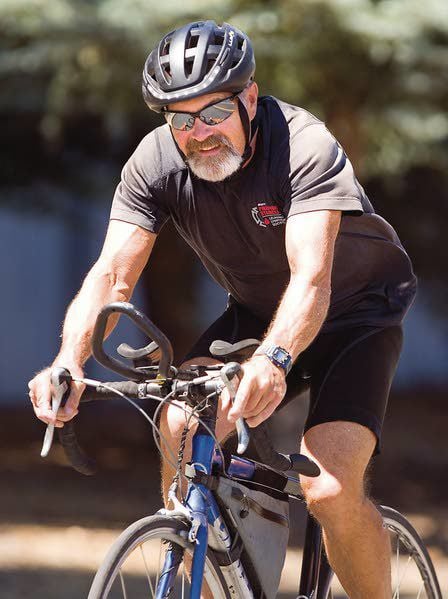 Jim Boland, member of the Moscow City Council, rides his bicycle on Friday in Moscow. Boland recently bicycled 4,300 miles across the United States. On July 1, he completed his trip from Astoria, Ore., to Yorktown, Va. 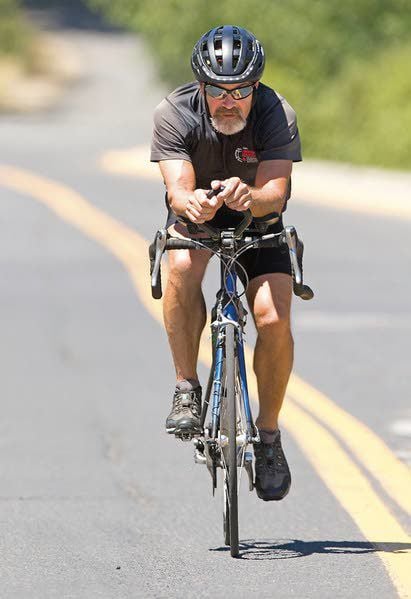 Jim Boland rides his bicycles on Friday in Moscow. Boland recently bicycled 4,300 miles across the United States. He completed his trip from Astoria, Ore., to Yorktown, Va., on July 1.

Jim Boland, member of the Moscow City Council, rides his bicycle on Friday in Moscow. Boland recently bicycled 4,300 miles across the United States. On July 1, he completed his trip from Astoria, Ore., to Yorktown, Va.

Jim Boland rides his bicycles on Friday in Moscow. Boland recently bicycled 4,300 miles across the United States. He completed his trip from Astoria, Ore., to Yorktown, Va., on July 1.

Every year, hundreds of cyclists train for the Trans Am Bike Race, a multi-state race covering approximately 4,300 miles and spanning 10 states.

Jim Boland, 64, owner and operator of Hog Heaven Sausage Works and a member of the Moscow City Council, biked the course this year, though not as an official racer.

"I didn't participate in the race, but I wanted to do the route," he said. "I started three days before the race started because that fit into my time frame, and I figured race people would catch me in about a week."

"The winning people (from the race) did it in under 20 days," he said.

Boland had the opportunity along the way to bike alongside several race participants who did catch up with, and eventually pass, him. To complete the route, Boland biked primarily during the day.

"The people riding 20 hours a day, I rode with some of them. They were more willing to suffer," he said. "I was attempting to not ride at night and not to the point of injuring myself."

The ride took Boland to several places he had never been before.

"I had never been to anything from Kansas over," he said. "From there, it was all new turf."

Boland biked through Oregon, Idaho, Montana, Wyoming, Colorado, Kansas, Missouri, Illinois, Kentucky and Virginia. Along the way, some family members joined him. His daughter and son joined him at the start of the route in Astoria, his wife rode with him at another point and his mom, who is 87, joined him in Wyoming.

"I hope when I'm 87 that I can still have a smile on my face when I'm riding a bike down a pass at 40 miles per hour," Boland said.

For Boland, biking has been a "lifetime thing" that has expanded over time. He regularly rides around the Palouse, averaging about 150-200 miles per week in the summer. One motivation he had for completing the Trans Am Bike route was to see how well his fitness program has prepared him for endurance-type events or situations.

"Some of my motivation was to learn things about cycling on the roads across the U.S.," he said.

One of the lessons was the West is friendlier to cyclists than the East.

"The West is way better in terms of shoulders on the road," Boland said. "There is nothing on highways and byways that was put in for the consideration of cyclists, and over 2,000 miles of this route, you're not welcome or safe in terms of motorists."

Four cyclists were hit by vehicles during the course of the Trans Am Bike Race this year, and one of them died.

Boland said he also gained a restored faith in humanity by the kindness and generosity shown to him by complete strangers.

"When you're stopped, people are super kind and generous. People who I've never met before fed me meals," he said.

Another passerby in Colorado helped him to get back to the nearest town when one of his pedals broke and he needed to repair it.

One of the biggest lessons he learned, though, came not from a person or cycling, but from a dog.

"There was a place in Missouri where dogs would run out to run alongside. One of them had only three legs, but he was faster and happier than any of the other dogs," Boland said. "They make the best of their situation and go on."