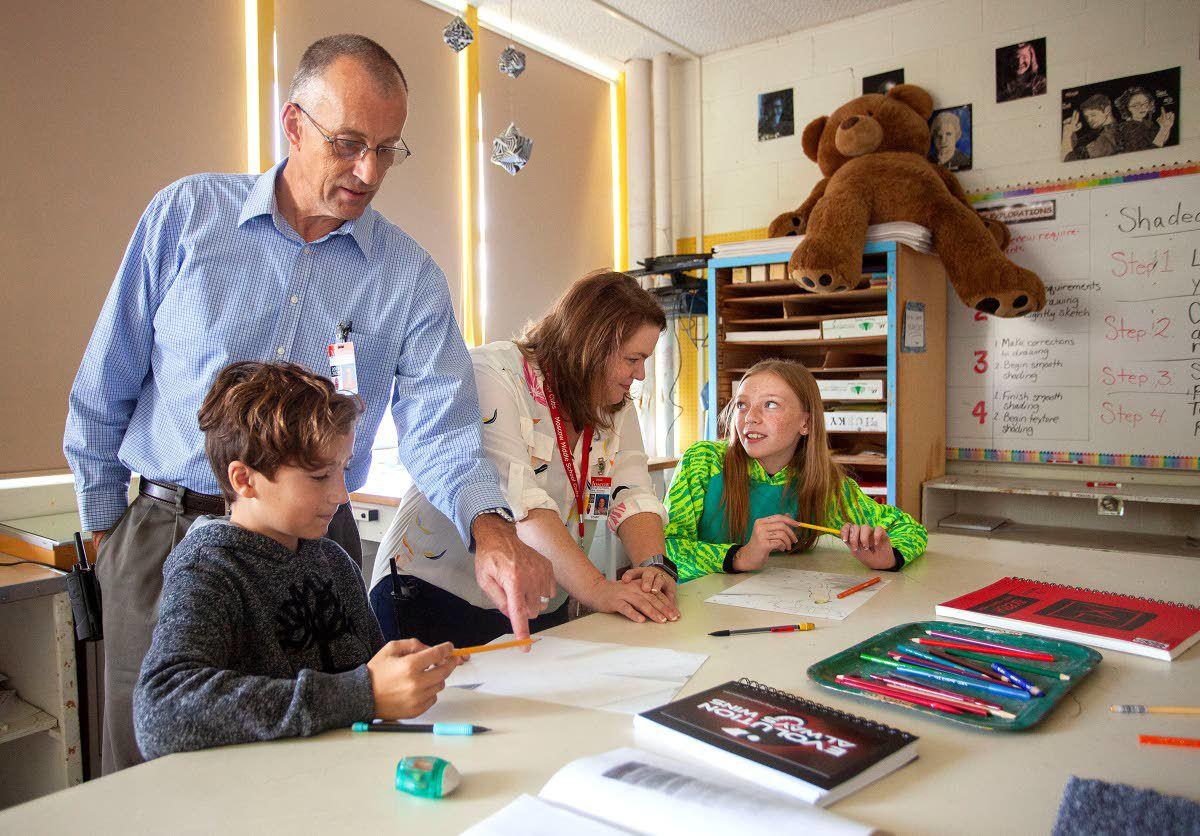 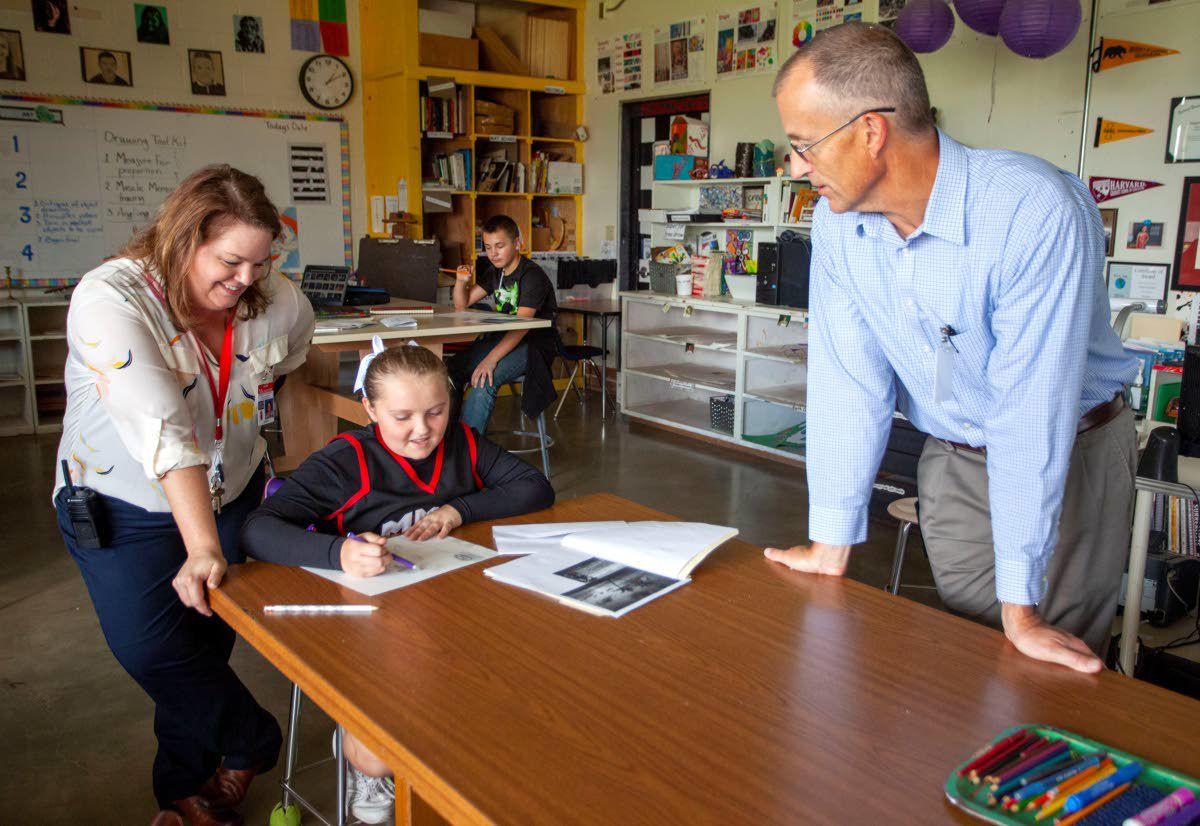 Moscow Middle School Principal Bill Holman and Assistant Principal Teri Summers are bringing new teaching approaches and years of experience in K-12 education to the almost 570 students at the school.

Holman, who took over for Kevin Hill, is in his second year as the MMS principal after serving six years as the Franklin Elementary School principal in Pullman.

Holman said the middle school will continue to make strides toward a complete mastery-based education system — one of the things that enticed Holman to take the job last year.

Moscow School District Superintendent Greg Bailey told the Daily News last year mastery-based education emphasizes individualized learning and education tasks over percentage-based grades by identifying discrete pieces of knowledge a student must learn and then verifying that it has been absorbed.

“We’re doing a lot better job and we’re going to keep trying to get better and better at embracing that student who walks in the door and trying to make sure that each and every person, each and every child, gets a good and high quality educational experience,” Holman said.

This year, as part of mastery-based grading, kindergarten through eighth-grade students will be graded on a 1 through 4 system instead of the traditional alphabet grading system, Bailey said.

Summers said parents and students will be able to access a system that displays the numbered grades for specific assignments to see how a student is performing in that area.

The social and emotional well-being of students is another focus of Holman, Summers and the district.

One example, Holman said, is teaching students to control the technology they use, such as cellphones, rather than technology controlling them.

He said last year a sixth-grade teacher asked her roughly 20 students to turn on their phones’ application notifications, such as Snapchat, during a 45-minute class as part of an experiment.

The result was hundreds of dinging noises sounding off, which of course, caused interruptions.

Holman said even if the phone is on vibrate mode, the buzzing in a student’s pocket will distract them because they want to see who is communicating with them and what the message is.

So, in some classrooms this year, students drop their silent phones off in a pocket chart hanging on the wall and then grab them after class is over, Holman said.

Summers said the school is offering a new course this year for sixth-graders called Teen Living. It teaches students how to cope with “middle school kid stuff,” as Holman put it. Examples include technological and online safety and management, social interaction, bullying and harassment management and study skills.

Holman said the topics covered in class will help students deal with challenges they encounter in the future.

Holman said he loves the middle school level, the vibe at MMS and the staff’s “student-centered approaches.”

“It’s a great time of life,” Holman said of middle schoolers. “They experience probably the most change in three years of any point in their existence.”

She said she was excited to work with Holman and the great teachers at the middle school.

“Teachers touch the lives of their students at a classroom level and I’m glad I had that opportunity, but this is kind of like a bigger picture and being able to impact almost 570 students,” Summers said.