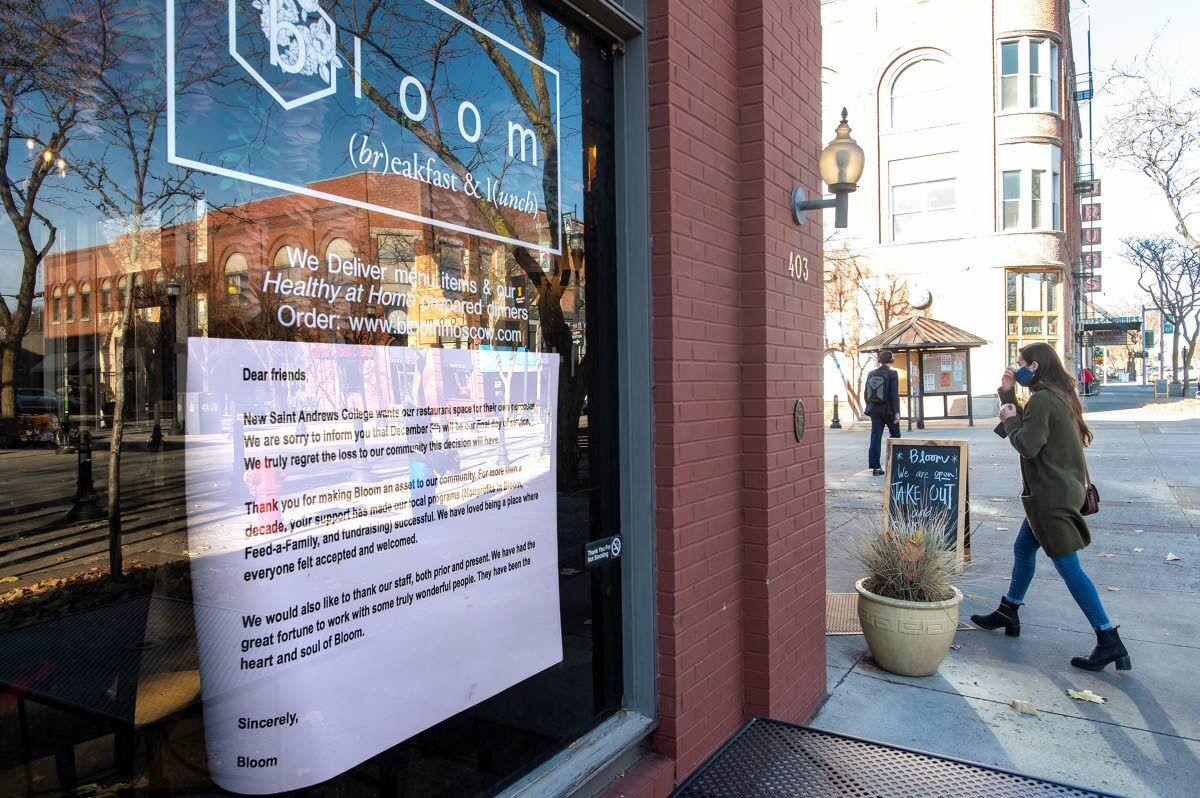 A woman fixes her mask before entering Bloom in downtown Moscow on Wednesday afternoon. From the exterior of the restaurant, pedestrians can see a sign indicating Bloom’s future closure Dec. 5th as the property owners, New Saint Andrews College, will be using the space for their own purposes. 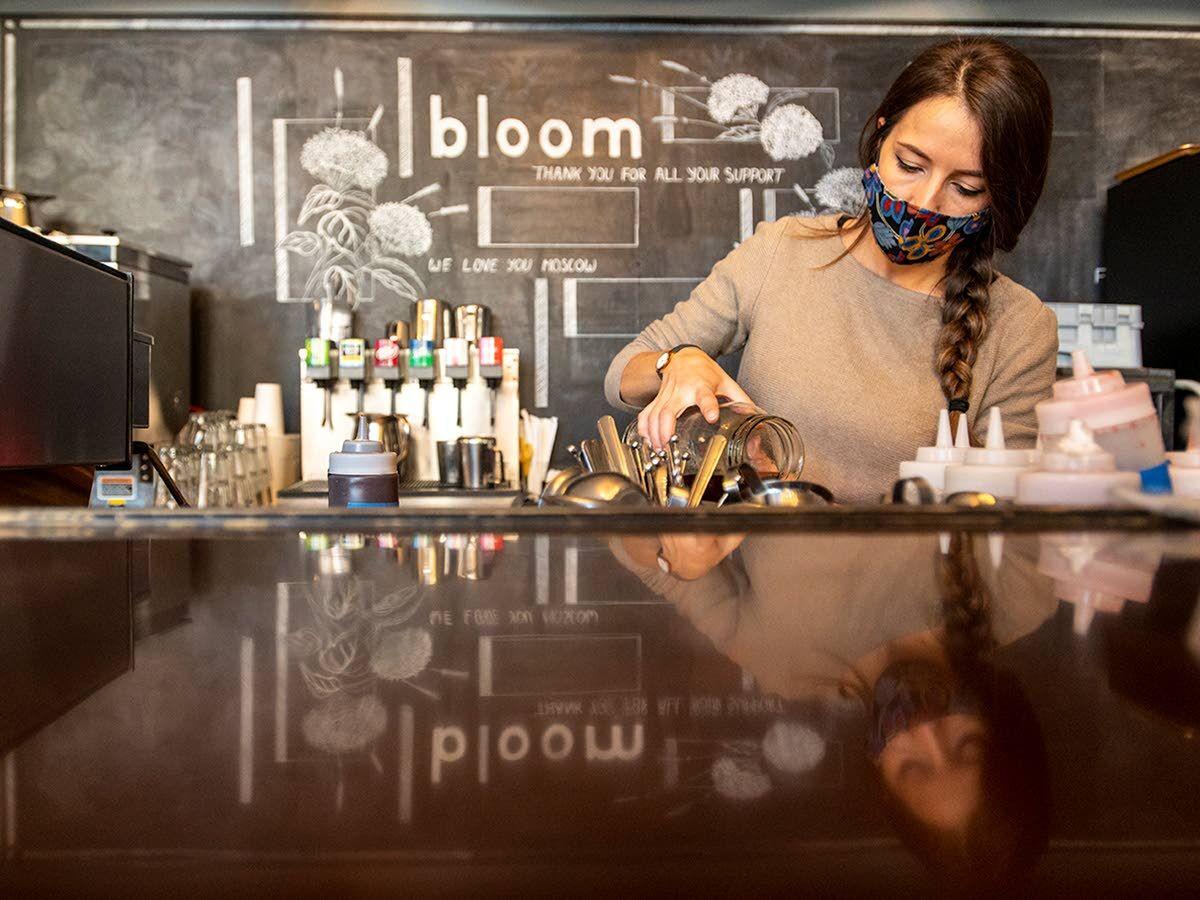 Server Rubina Dann is reflected on the bar counter as she pours a cup of coffee at Bloom on Wednesday afternoon in Moscow. 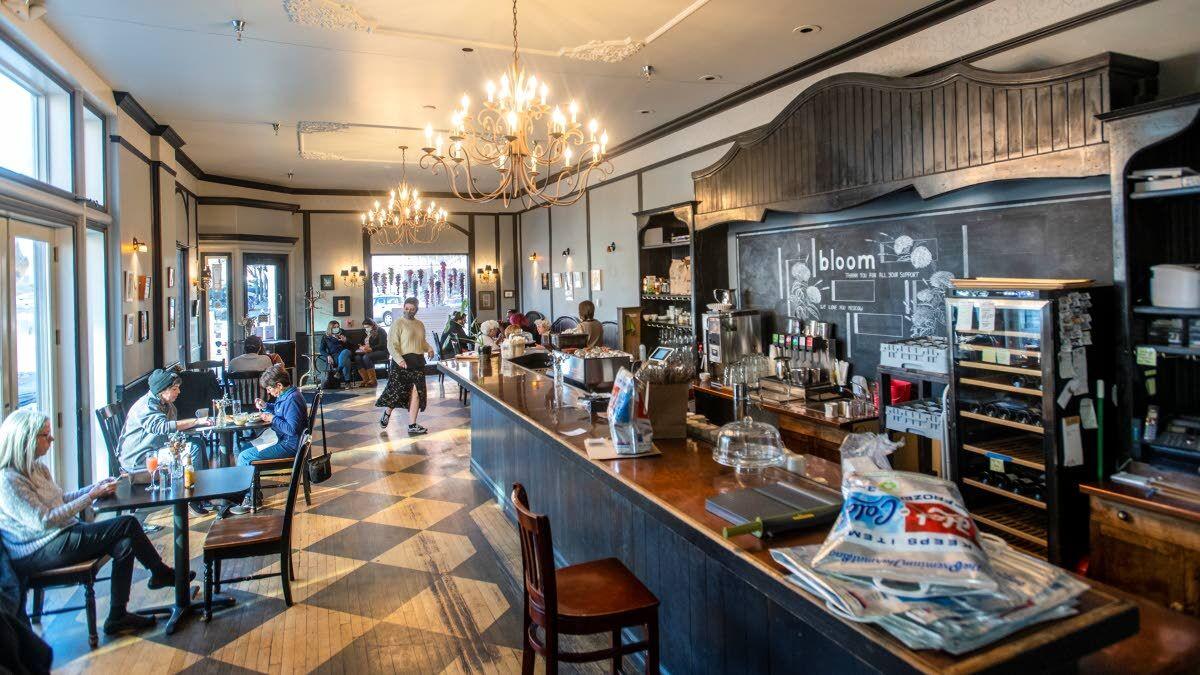 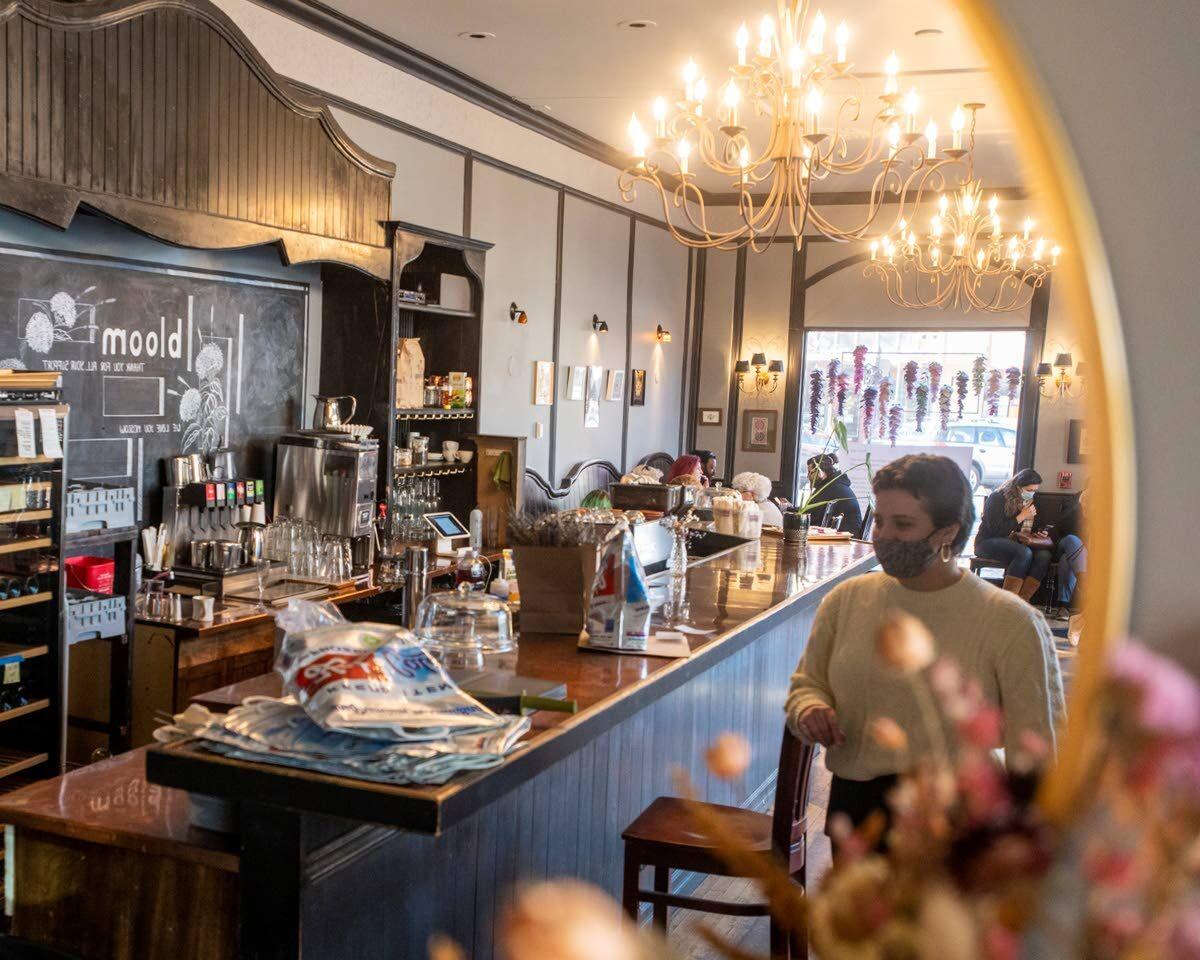 Server Erin Dow is reflected in a mirror as she checks on tables at Bloom on Wednesday afternoon in Moscow.

A woman fixes her mask before entering Bloom in downtown Moscow on Wednesday afternoon. From the exterior of the restaurant, pedestrians can see a sign indicating Bloom’s future closure Dec. 5th as the property owners, New Saint Andrews College, will be using the space for their own purposes.

Server Rubina Dann is reflected on the bar counter as she pours a cup of coffee at Bloom on Wednesday afternoon in Moscow.

Server Erin Dow is reflected in a mirror as she checks on tables at Bloom on Wednesday afternoon in Moscow.

Bloom, a breakfast and lunch spot located in the heart of downtown Moscow, will close next month after its landlords at New Saint Andrews College decided not to renew a five-year lease for the space.

The restaurant, which offers 30-ounce mimosas and brioche French toast made from scratch, has been housed in the historic Skattaboe Block building on Main Street’s Friendship Square since it first opened in January 2011.

“We’re disappointed to lose something downtown that we’ve all worked so hard for,” said Nara Woodland, who operates the business. “It’s not our decision.”

Nara and her husband, Brandon Woodland, own Bloom and have been renting the space for the last 11 years. The couple started the eatery with Brett and Nikki Woodland, the owners of Nectar restaurant and the Monarch Motel, also downtown.

Brandon Woodland said they’ve had no issues renewing the lease for Bloom in the past.

“We’ve always had a great working relationship with the college,” he said. “They’ve always done renewed five-year leases but recently they’re wanting the space for their own uses as their student body grows and their footprint grows downtown.”

Founded in 1994 by members of Christ Church, the private Christian college known as NSA owns the Skattaboe Block building and already occupies the majority of it.

Moscow Planning Manager Mike Rey said a conditional use permit was approved for the location in 2008 allowing the college to operate in the Central Business Zoning District, which encompasses downtown.

“At that time, colleges were conditionally permitted uses and that’s why they went through public hearings to get a conditional use permit,” Rey said.

The Moscow City Council required NSA’s 160-foot pedestrian level street frontage, which wraps around the front edge of Friendship Square and ends at the western wall, be open to the public and maintained for commercial uses.

While the college is a noncommercial institution, this stipulation includes a bookstore or library, according to Rey.

“Underneath that condition, a bookstore would be an allowed use of the current Bloom space,” he said.

In 2019, the council passed an ordinance prohibiting new colleges and universities from establishing themselves downtown and disallowed the expansion of existing ones. Just a few years prior, the city had approved a conditional use permit for NSA to expand into the former Cadillac Jack’s building on North Main Street.

NSA President Ben Merkle declined a request for comment from the Daily News.

“Our current plan is to move the NSA bookstore into the space that we rented to Bloom, allowing us to expand the bookstore and add study space in the library where the bookstore currently exists,” the college stated in a Facebook post Wednesday morning.

The statement added NSA is “experiencing unprecedented growth” and must use every square foot of space to accommodate such growth.

The sudden departure of one of Moscow’s most beloved brunch spots, was disappointing to those who frequent the location. The Woodlands said they’ve received an outpouring of support since the news was shared.

“It’s been so powerful to hear people’s comments about what Bloom means to them,” Nara Woodland said. “We had really hoped to reach an outcome that would have served the community better than removing this symbol.”

Brandon Woodland said the change in occupancy may alter the landscape of Moscow’s downtown. Bloom’s final day of service is Dec. 5.

“It’s going to be hard to maintain the vibrancy of the downtown area if spaces aren’t allowed to represent the broader community,” he said.

The couple added that everything was done in accordance with the lease, and they received formal notice from the college in advance of the lease expiring.

“We’re disappointed but we’re not angry,” Brandon Woodland said. “The decision was in their best interest.”

Over the years, Bloom has hosted weddings, receptions, fundraisers and other gatherings. The staff has also helped feed families dealing with food insecurity throughout the pandemic.

“We are so grateful to have had the opportunity to help make a difference in our community,” she said. “I will also miss seeing my staff be so resilient, creative and adaptive. They’re the most incredible team.”