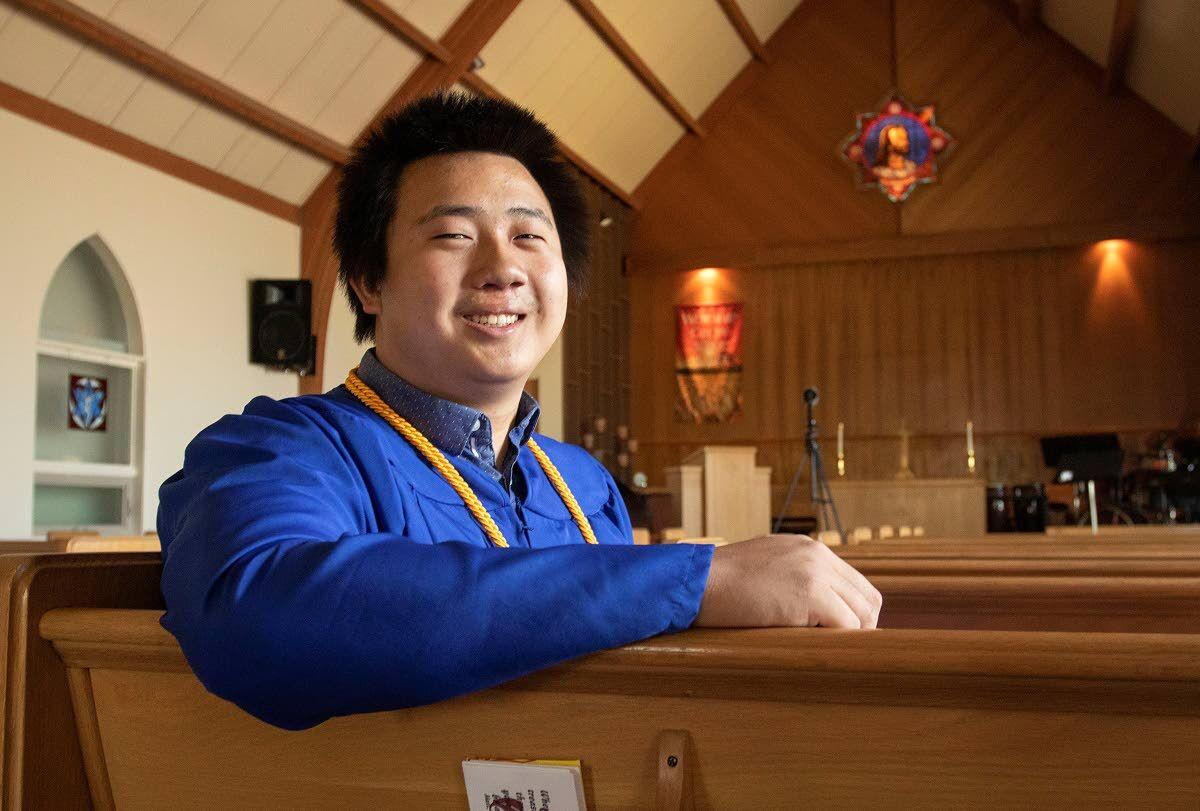 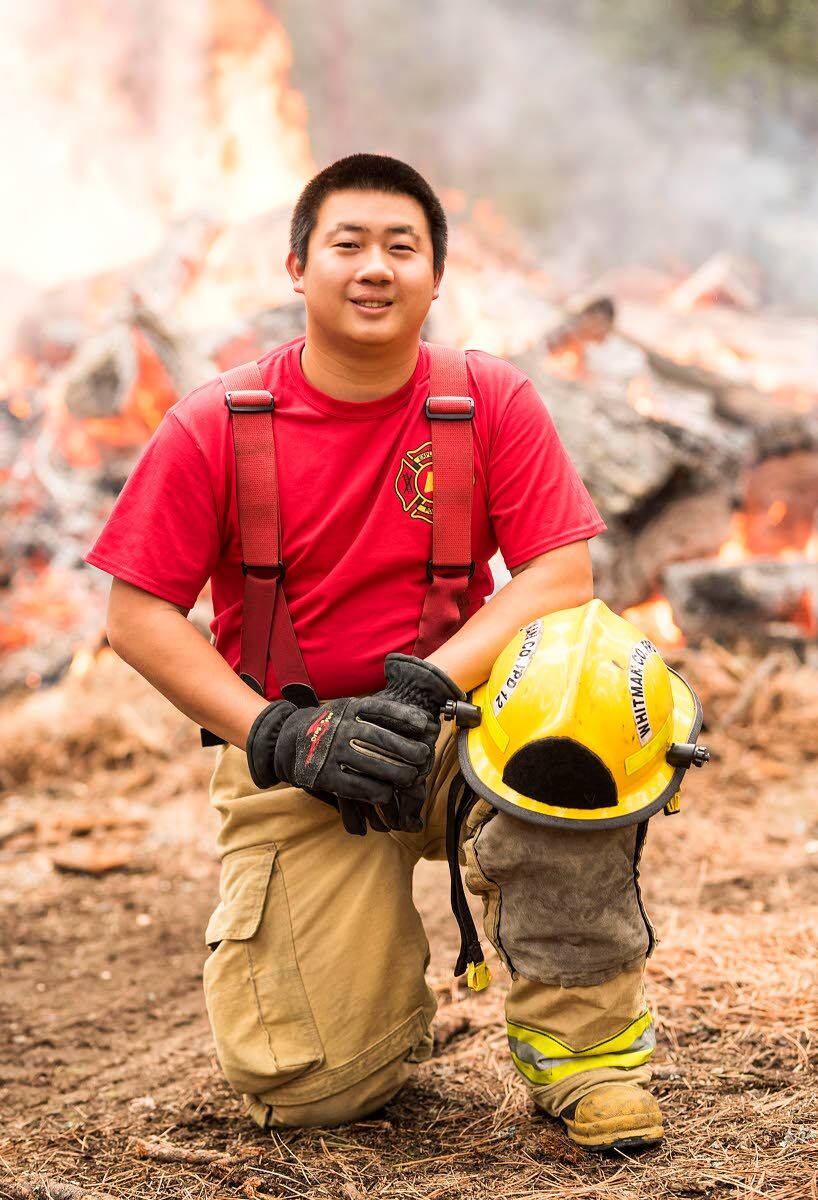 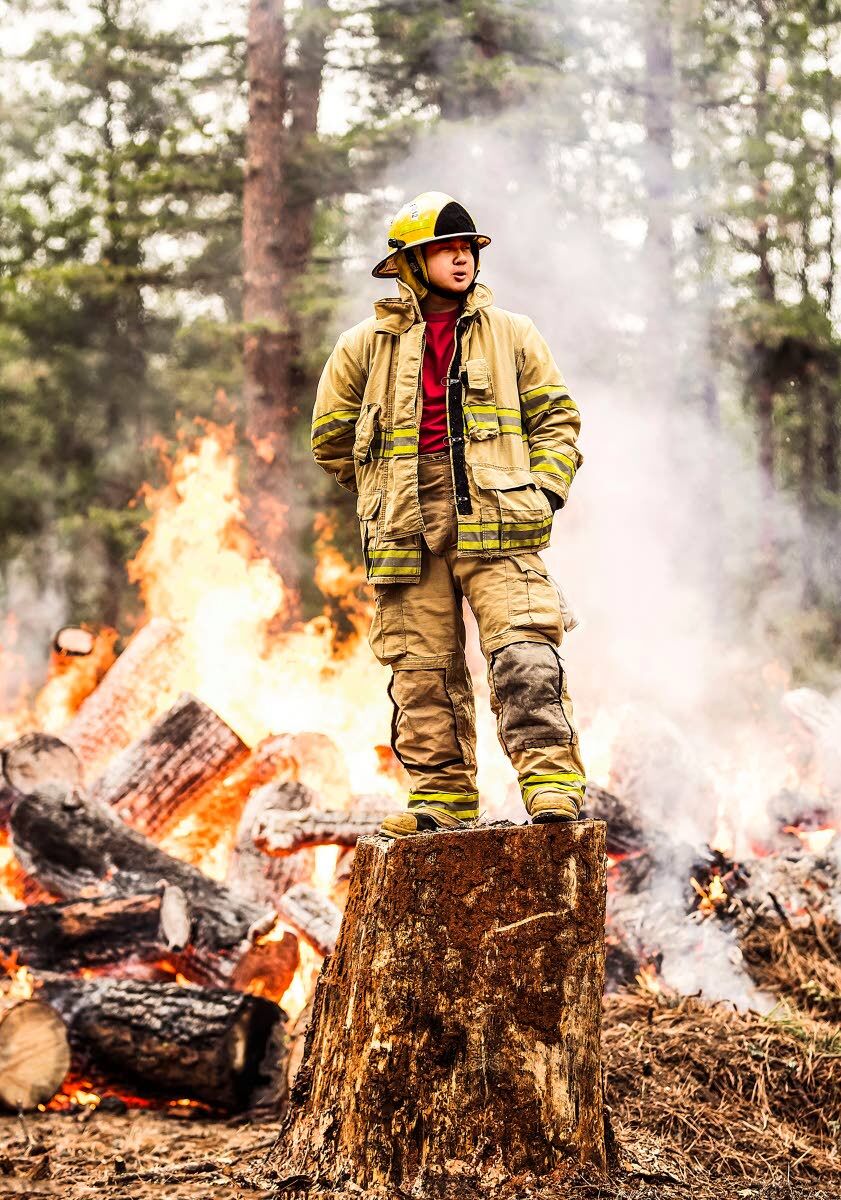 Pullman High School senior Hua Ming Newman has plans to become a firefighter and paramedic but this devotion to service is nothing new — the class of 2020 graduate has been giving back to his community since he was a child.

When he was 8, Hua Ming donated his entire piggy bank — about $10 he was saving for soda — to the fundraiser for the community center in Palouse, his hometown. He said he had hoped at the time that it would be enough of a boost for the fund to meet its $380,000 goal — and in a way, he was right.

“When that story hit the paper, it increased tenfold — the donations,” said Hua Ming’s mother, Connie Newman. “People started sending in thousands of dollars because of that story and what he did — and he did it on his own.”

Hua Ming has carried this commitment to serving others into his adult life. He has since joined the Explorers program with a local fire district and hopes to join their ranks as a full firefighter.

The community center was built years ago, and Hua Ming commonly donates his time there. He also volunteers at his church, Palouse Federated Church, and when the coronavirus pandemic hit the region, he began donating as many as 40 hours a week. Connie said Hua Ming also helped the church put its services online when public gatherings were banned and as a consequence, was offered a job assisting them with media through the summer.

Hua Ming was accepted to Central Washington University and said he eventually plans to pursue a paramedic medicine program there but first, he will spend two years at Spokane Community College. When asked about the future, he said there is no “end goal” or “dream job” — he just wants to help people.

He said he learned lasting lessons in compassion after undergoing numerous surgeries throughout his life. In middle school, Hua Ming said he found he had a gift for track. Connie said his coaches excitedly began telling her what gear to buy to set him up for a career as a runner.

However, during Hua Ming’s freshman year, he had a genetic predisposition for bunions — which causes excruciating swelling in the first joint of the big toe. After surgery and months of keeping weight off the foot, Hua Ming said he had hoped to rejoin the track team in his sophomore year. Then he developed a bunion on his other foot, prompting another surgery and another months-long recovery process.

In Hua Ming’s junior year, he received the most extensive surgery of his life. Born with a cleft lip, Hua Ming had to have his upper and lower jaw and chin extended through reconstructive surgery. The operation knocked him out of school for the first semester of and he had to have his jaw wired shut for a month forcing him to eat with the help of a syringe. He said he lost 22 pounds in that first month.

“I felt trapped in my own body because I couldn’t really speak, I could mumble and that caused a lot of frustration between me and my parents,” Hua Ming said. “I feel like it’s made me or sympathetic towards people going through pain and I feel that it’s also made me more calm.”

Through all of this, Hua Ming maintained a competitive GPA. While school wasn’t always his forte, his teachers said he has come to be a buoyant presence in the classroom.

“He’s bright, he’s hard-working, he’s funny, he’s clever and engaging and he’s just a good solid kid,” said teacher Scott Thompson, who has known Hua Ming since middle school. “Every teacher that he’s had the last two years has had pretty high praise for him.”

Pullman High School’s graduation will begin 9 p.m., July 12, in the parking lot of the University of Idaho’s Kibbie Dome. Before the ceremony, Pullman firefighters and police will lead a parade of high school seniors and their families to the Idaho border. This procession will start at 8 p.m. at the high school.

Scott Jackson can be reached by email to sjackson@dnews.com.