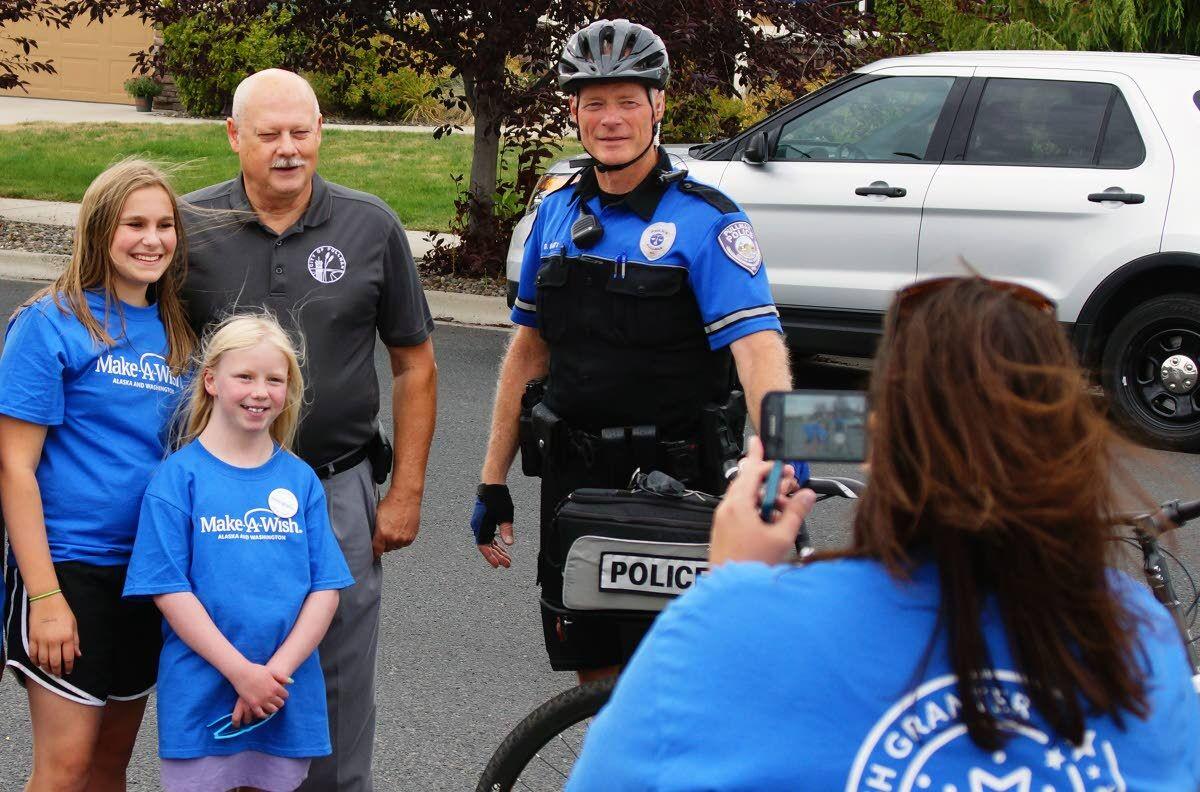 Daily News filePullman Police Chief Gary Jenkins, second from left, announced Thursday he plans retire this year. He is shown here in 2019 with Shay Connell, left center, who was a Make-a-Wish recipient, posing for a photo with volunteer Marissa Carper, left, and police officer Dennis Pratt. 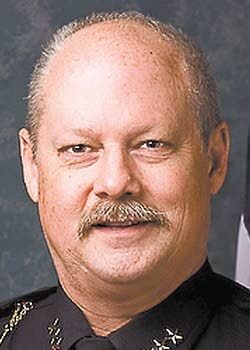 He became chief of the Pullman Police Department in July 2010 after serving 36 years in law enforcement in Southern California.

Mayor Glenn Johnson and City Administrator Mike Urban will be initiating a nationwide search for a replacement that will include interviews and background checks. Johnson told the Daily News that any internal candidates also will be considered.

Jenkins has committed to extending his tenure until a successor is established.

Jenkins told the Daily News on Thursday he had been thinking about retiring for a while, but wanted to help guide the department through difficult challenges first before stepping away.

One of those challenges has been adjusting department policies to follow new rules passed by the Washington Legislature.

Jenkins said these laws go into effect in July and the department is working to have new policies ready to address these changes.

Jenkins and his department also confronted other challenges in the past year, such as the COVID-19 pandemic and increased public scrutiny stemming from incidents of police brutality around the country.

After having endured these challenges, Jenkins said he feels his department is “in a good spot” and he feels more comfortable retiring.

Jenkins said he will miss working with the Pullman Police Department staff as well as his interactions with community members and community organizations.

He expressed gratitude for the support of the community and the city leadership during his 11 years at the helm. During that time, he said, the department made numerous advancements, such as implementing body cameras in 2013 and acquiring a fleet of drones.

The department has also improved its recruiting and training practices, he said, which has led to the hiring of “really great officers and support staff.” He said the department changed its strategic mission to emphasize community policing rather than statistics.

The department also collaborated with Washington State University to form a Research Fellowship Program. By working with with a WSU researcher, the police department has developed a cost-benefit analysis of a new municipal court, a needs assessment related to the implementation of a traffic camera system, a grant proposal to the National Institute of Justice to examine the effectiveness of deescalation and a proposal to improve officer safety and wellness.

Johnson noted these accomplishments when he praised Jenkins’ innovative approach to leading the department. Johnson also commended Jenkins for his response to the death of George Floyd, who was killed by a Minneapolis police officer in May 2020.

Jenkins released letters to the community last year stating his disgust over the actions of the former police officer Derek Chauvin. He promised to take action to prevent a similar incident from happening in Pullman. Jenkins reiterated this promise when he spoke at rallies organized to support the Black Lives Matter movement.

“He wants to make sure our department is the best it can be,” Opgenorth said.

He said the department has been lucky to have Jenkins as chief for the past 11 years.