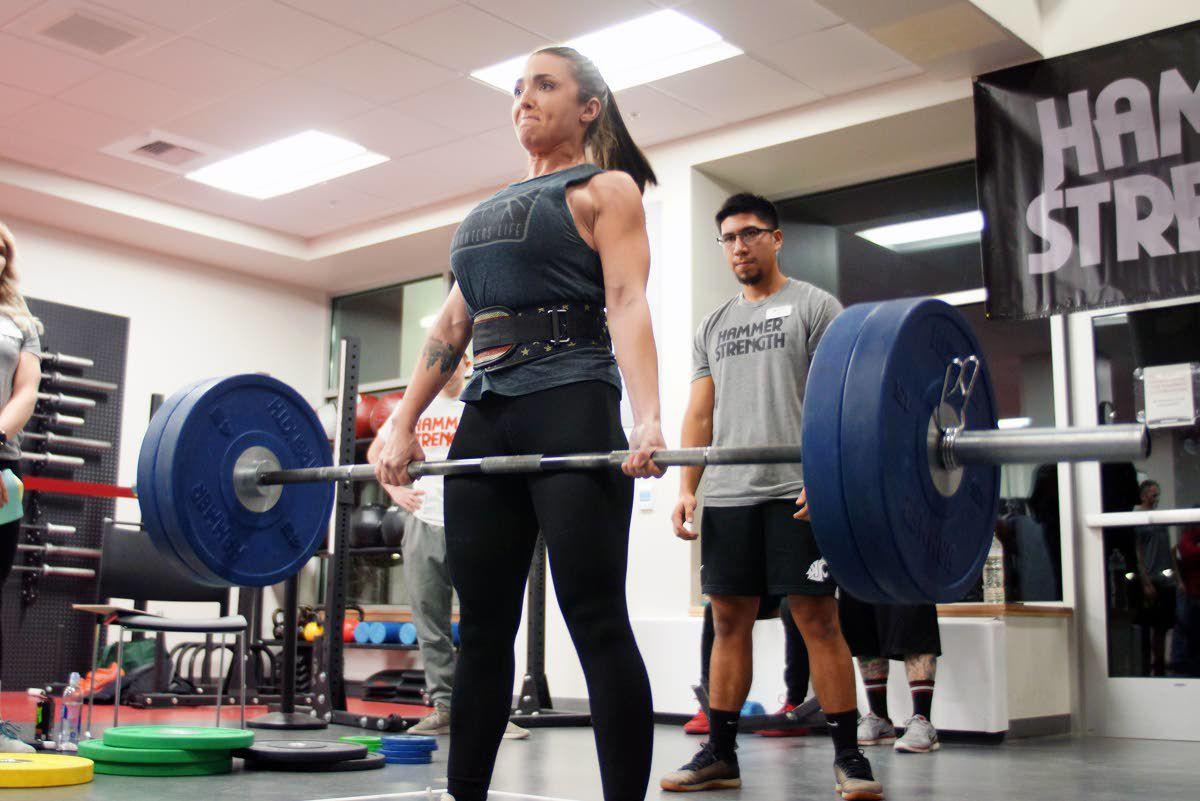 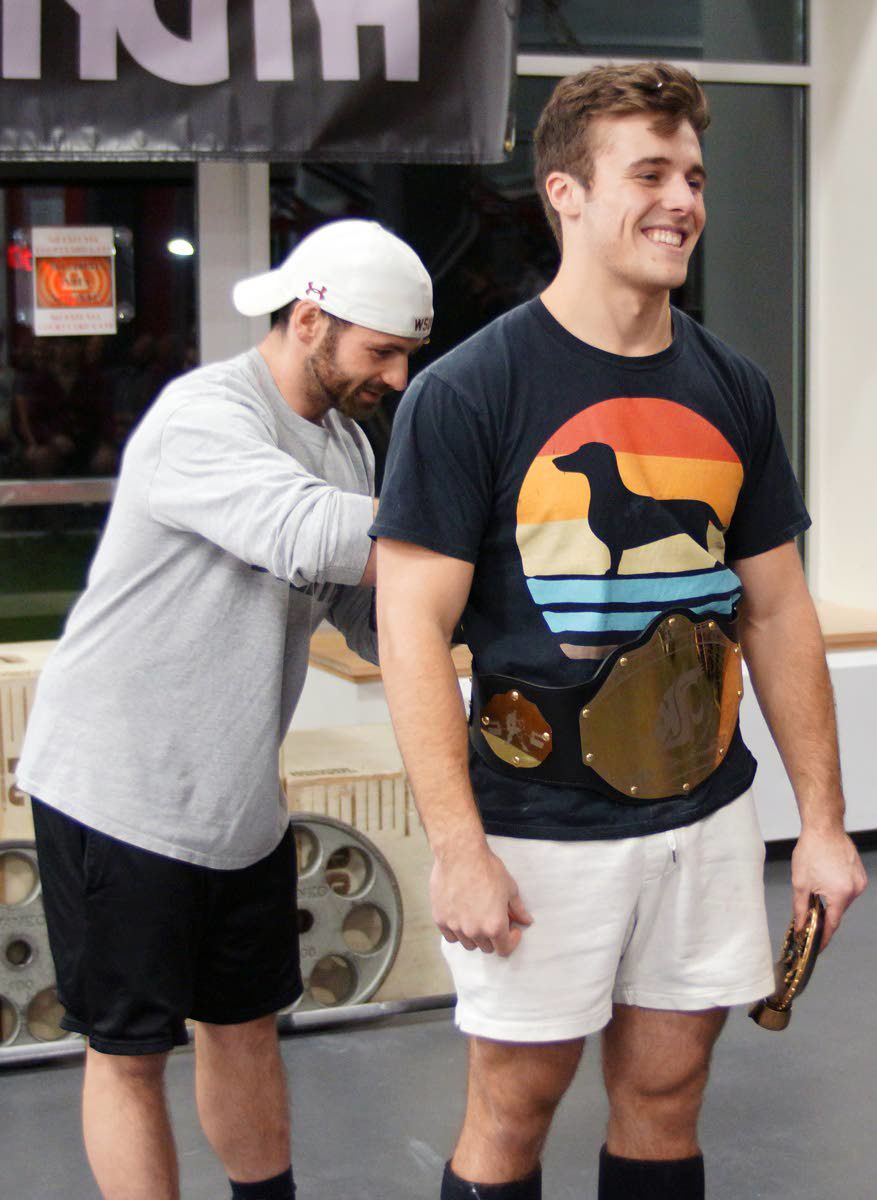 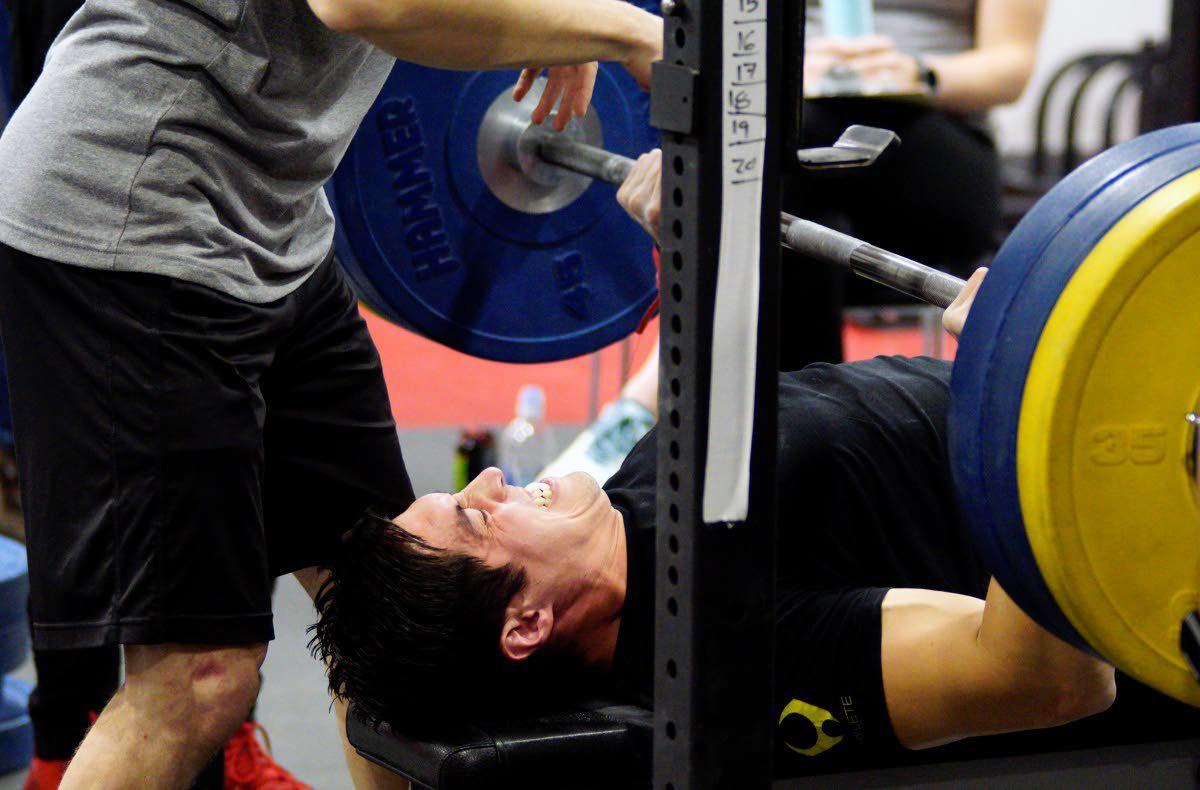 Steven Mercer grimaces as he competes in the bench press during the UREC Second Annual Cougar Classic Saturday at WSU. 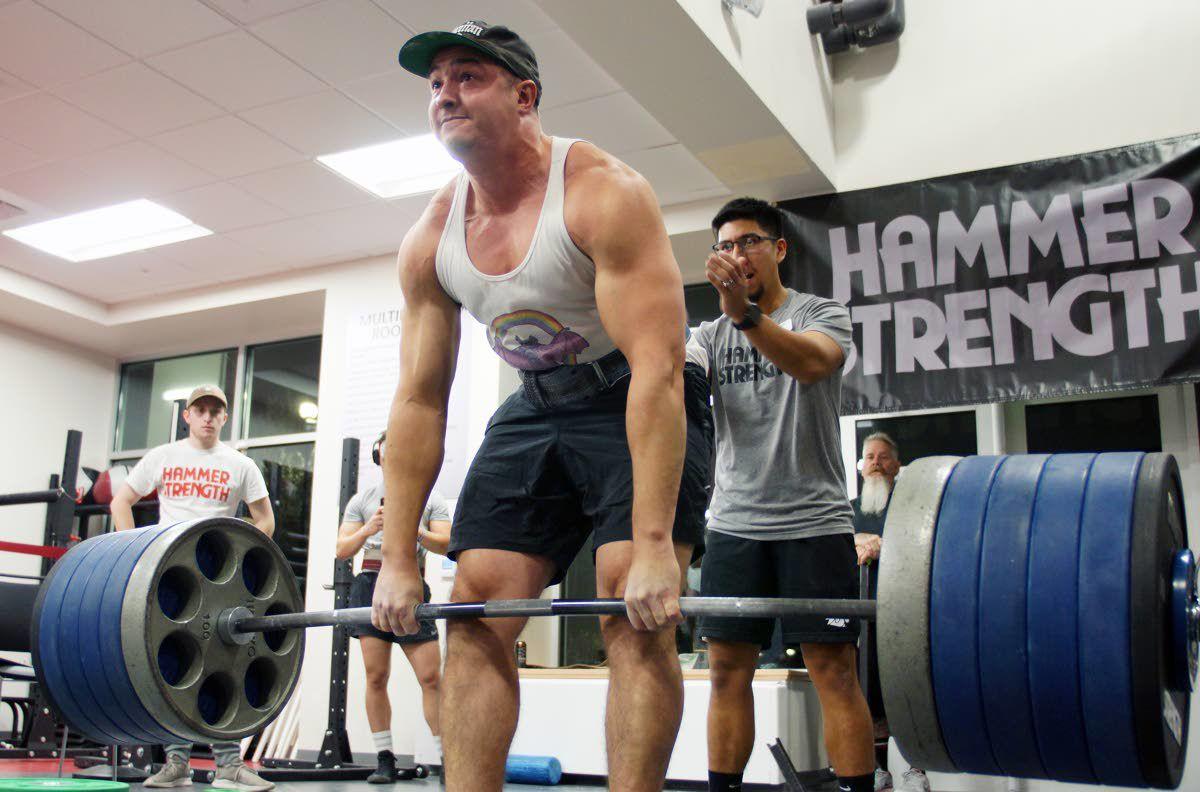 Ka'imi Kuenzil strains as he competes in the deadlift during the UREC Second Annual Cougar Classic Saturday at Washington State University. 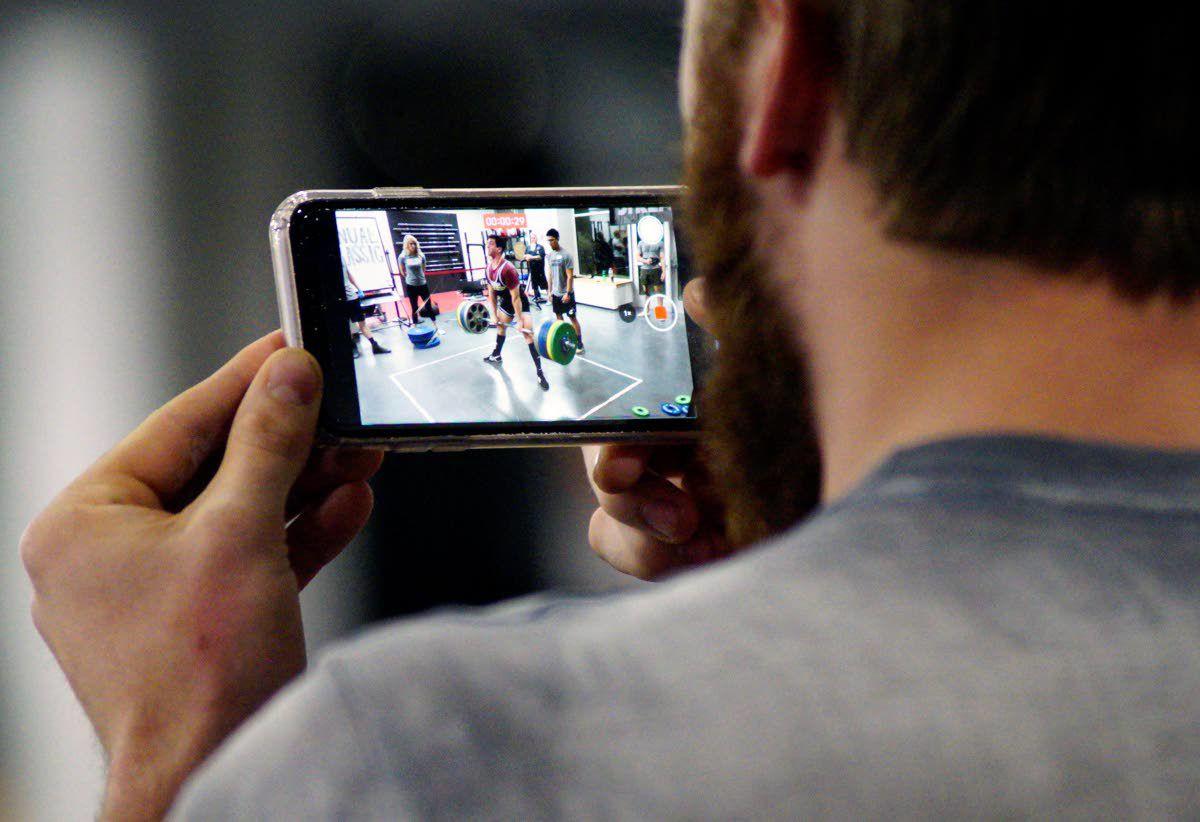 Steven Mercer grimaces as he competes in the bench press during the UREC Second Annual Cougar Classic Saturday at WSU.

Ka'imi Kuenzil strains as he competes in the deadlift during the UREC Second Annual Cougar Classic Saturday at Washington State University.

The echoes of shouting and clanking filled the halls of the Chinook Student Center at Washington State University campus Saturday night.

Downstairs in the weight room, a crowd could be heard cheering on some of the strongest men and women in the region as they were put to the test in a powerlifting competition.

Twenty-one people competed in the WSU University Recreation Second Annual Cougar Classic to be named the “Strongest on the Palouse” and be awarded a championship belt.

Ramon Sodano, WSU coordinator of fitness services and education, said the student-organized event is modeled after national powerlifting competitions and gives weightlifting enthusiasts a chance to compete close to home.

“It’s a time to show off the hard work and effort you put in,” Sodano said.

The event was open to the public and featured students and non-students alike competing in the bench press, squats and dead lift categories. Sodano said it has grown from 15 competitors last year.

Like the national competitions, Sodano said the winners were determined based on their Wilks formula. The Wilks formula factors in the competitor’s body weight in addition to how many pounds they can lift, so competitors of all sizes compete on equal footing.

Laura Anderson, a 26-year-old mother of four, achieved the highest Wilks score among the women after lifting 105 pounds in the bench press, 205 pounds squat and 260 pounds in the dead lift.

One by one, competitors took turns trying their hand in these three categories, with the amount of weight increasing after each round.

Sodano shouted out the number of pounds each competitor had to lift based on their Wilks score. Two judges observed to make sure each competitor used appropriate technique.

The crowd shouted words of motivation and the lifters let out cathartic yells of their own as they pushed themselves to lift more and more weight. Sodano said one of the best aspects of power lifting competitions is the camaraderie that forms among the competitors.

Matt said he had been training for a long time but never competed before the Cougar Classic. He said he was happy to do his best and compete against the other participants.

Anderson said her father taught her strength training and she has enjoyed it ever since. She competed in last year’s competition and worked to improve her strength while juggling the duties that come with being a parent.

Like Matt, Anderson said the key to strength training is consistency. That means showing up to the gym to train every day even when it is difficult.

“You just have to do it even if you don’t feel like it,” she said.