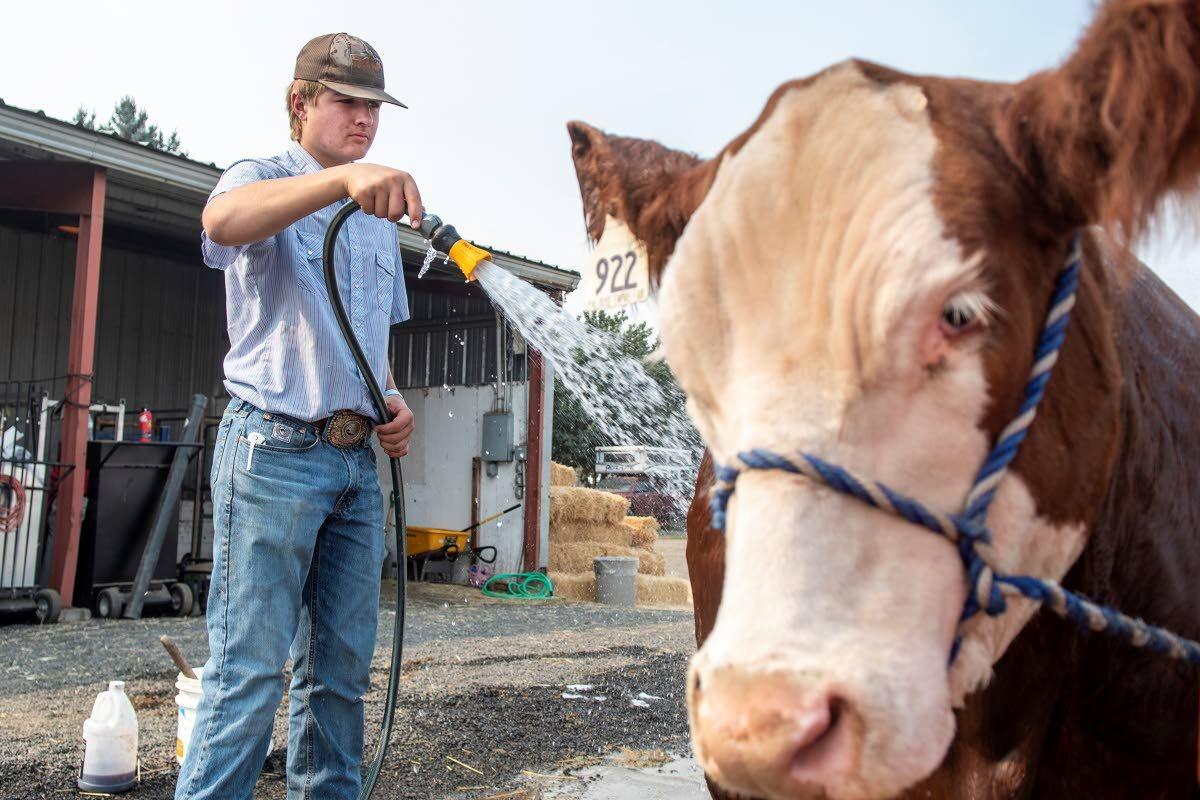 Zach Wilkinson/Daily NewsTrace Hennigar, 16, of Colfax, washes down his steer Thursday morning outside the Beef Barn at the Palouse Empire Fair in Colfax. 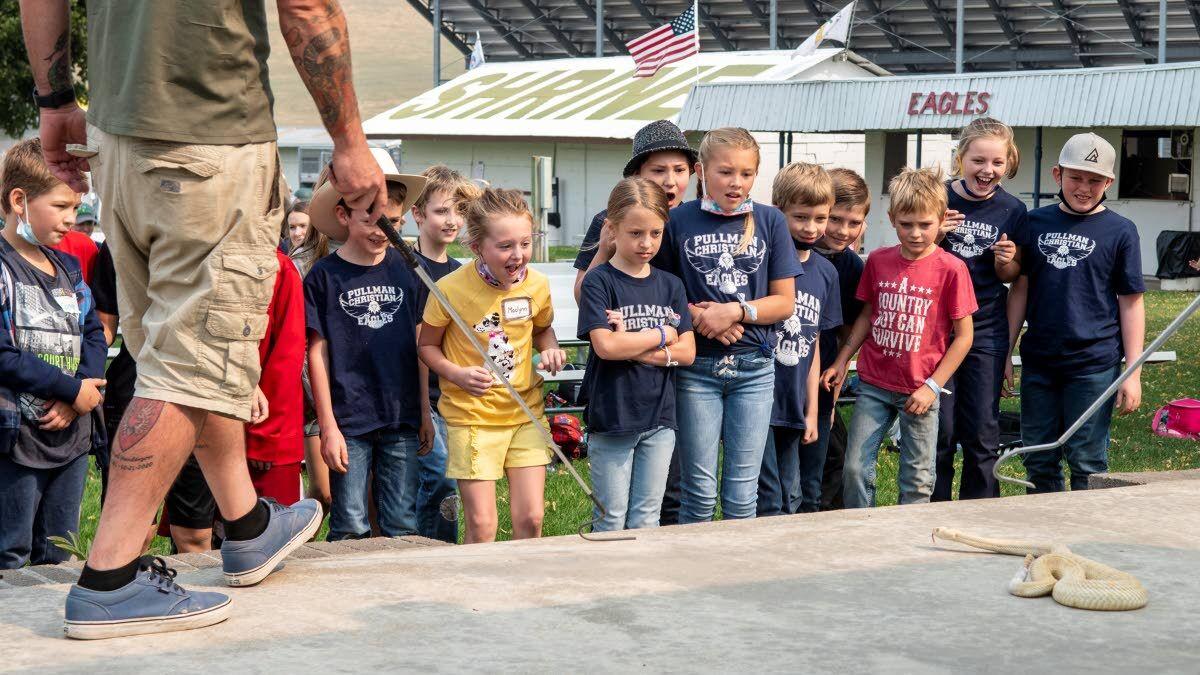 Zach Wilkinson/Daily NewsChildren react as a rattlesnake from the Newport Discovery Zoo in Oregon slithers across the stage.

Zach Wilkinson/Daily NewsTrace Hennigar, 16, of Colfax, washes down his steer Thursday morning outside the Beef Barn at the Palouse Empire Fair in Colfax.

Zach Wilkinson/Daily NewsChildren react as a rattlesnake from the Newport Discovery Zoo in Oregon slithers across the stage.

More than a year after the 2020 Palouse Empire Fair was canceled because of COVID-19 restrictions, the barns at the fairgrounds outside Colfax Thursday were once again brimming with nervous parents and grandparents watching their children show off their prized animals to judges.

For Oakesdale High School senior Kaylee Hinnenkamp, a National FFA Organization member, it was a relief that this year’s fair opened on schedule.

“It’s kind of weird that we’re back to normal, but I’m so glad that we get to actually have a fair and show like normal,” she said. “So I was extremely happy when they said we finally get to have a fair.”

Hinnenkamp brought two goats from her family’s herd to be judged at the fair. As she awaited her turn, other contestants’ goats were being judged on their width, “muscle expression,” loin length and other physical features.

“I just love all their personalities,” she said of the animals. “I love the competition in the show ring. I just love it. It’s amazing.”

After the Palouse Empire Fair Board canceled last year’s fair, a group of volunteers decided to organize their own competition to allow Hinnenkamp and others to show and sell their animals.

“It was a little stressful not knowing if we’re going to have fair and knowing that we put so much work into our animals, knowing that we wanted to sell and have a chance to sell them,” Hinnenkamp said. “We were so thankful for the people who put together a show for us last year and we were able to sell our animals.”

Colfax High School junior Trace Hennigar also took part in last year’s competition. This year, he was happy to come back to the fair, an event he has been attending since he was 3 years old.

As Hennigar washed his prized steer with a hose Thursday, he said getting the chance to work with these animals is his favorite part of the fair.

“I’ve always been around cattle,” he said. “So, getting the opportunity to be around cattle and show them, make money.”

While this year marked the 13th Palouse Empire Fair that Hennigar participated in, this is the first year Ritzville fourth-grader Timmer Mathis made the trip to the fairgrounds.

Mathis made the most of his first time by winning the blue ribbon in the beef market class.

His father, Paul Mathis, also had fun, despite the nerves that come with watching his child try to impress the judges while handling an animal as massive as a steer.

“It’s been fun,” he said. “It’s good to get out here and see the kids and let them have a good time and show their steers even if it’s nerve wracking for the parents.”

The Palouse Empire Fair will run through Sunday and feature rodeo events, carnival rides, a tractor driving contest and more events that are listed at palouseempirefair.com.