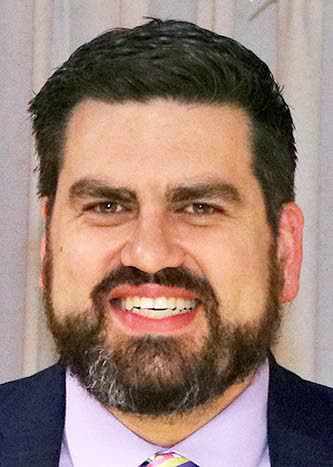 The changes, which also included a protected bike lane, are part of a “pop-up trial” to test the ideas proposed in the Central Business District Master Plan. The master plan was created by consultant BDS Planning and Urban Design to improve the design and appeal of downtown Pullman.

Councilor Al Sorensen brought up the issue during Tuesday’s City Council meeting because several residents talked to him about it.

He noted there is no signage telling people how to park in the back-in angled parking spaces. Sorensen said he has seen multiple cars parked the wrong way in those spaces.

Councilor Nathan Weller added that eldery residents have told him it is difficult for them to back into those spaces.

Councilor Dan Records said he expected there to be a transition period in which people needed time to get used to the changes.

“And that’s kind of the whole point of the trial period is to get people used to the idea, get them to experiment with it, try it out and see how comfortable they feel with it,” he said.

Back-in angled parking is intended to make it safer and easier for drivers to re-enter traffic.

Councilor Brandon Chapman said the council’s role is to tell residents the trial is only for a few months and ask for their feedback. He has heard from other residents that they feel safer walking downtown because of the changes.

Public Works Director Kevin Gardes said the city has ordered signs for the parking spaces and said the public can email their feedback to PWProjects@pullman-wa.gov. The trial is expected to end in September.

In other business, Pullman City Council voted 5-2 to approve a contract to install new video cameras on city buses and the Pullman Transit facilities.

Pullman Transit received an 80 percent grant match to fund the monitoring system and AngelTrax was selected to replace the technology at a cost of $173,946. The city would pay $34,789 as a local match. Installation of the cameras would begin this summer.

Pullman Transit Manager Wayne Thompson said the current cameras are more than a decade old. He said the cameras are invaluable in investigations of complaints, accidents and vandalism.

Also on Tuesday, the City Council rejected a bid to resurface arterial streets on Pioneer Hill.

Motley-Motley, Inc. submitted the only bid and it was at a cost of $1,609,954. According to Gardes, Motley-Motley Inc. did not meet all the bidding requirements, which is why city staff asked the City Council to reject the bid.

Gardes said the project will go out for bids again in the fall.