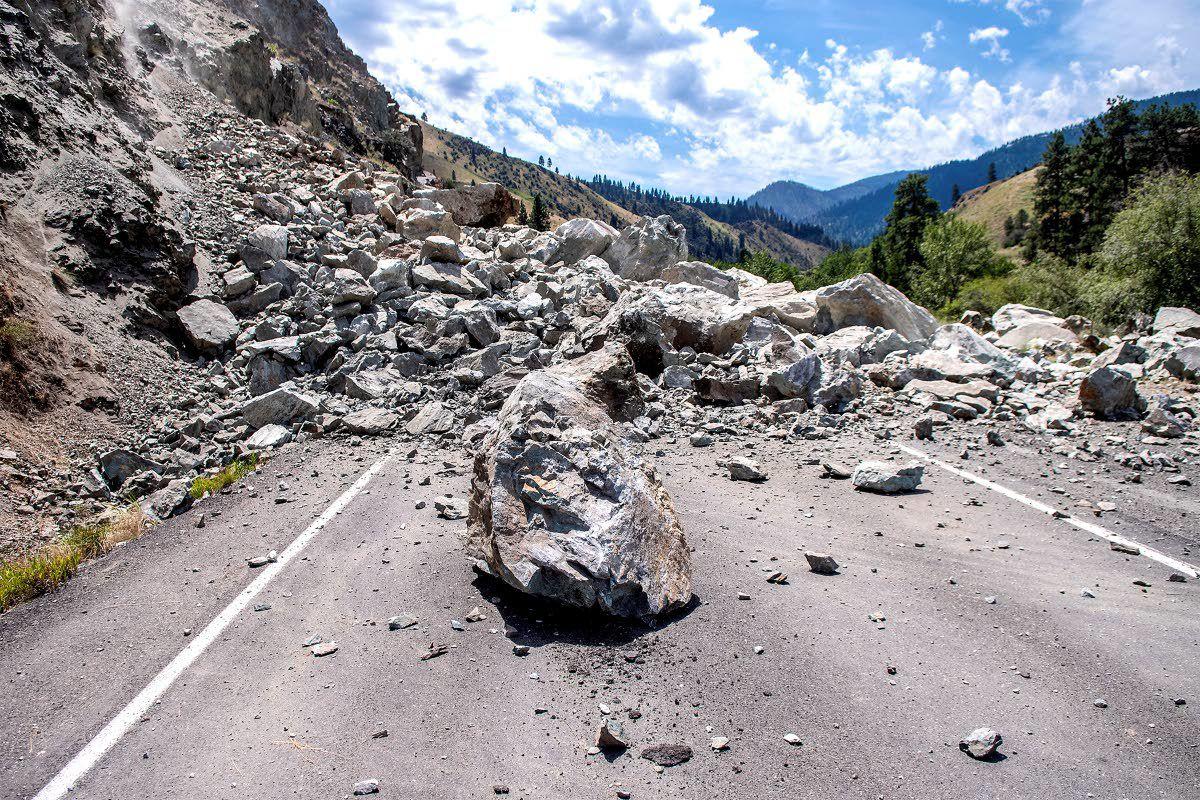 A rockslide blocks Highway 95 about 5 miles south of Riggins on Friday. 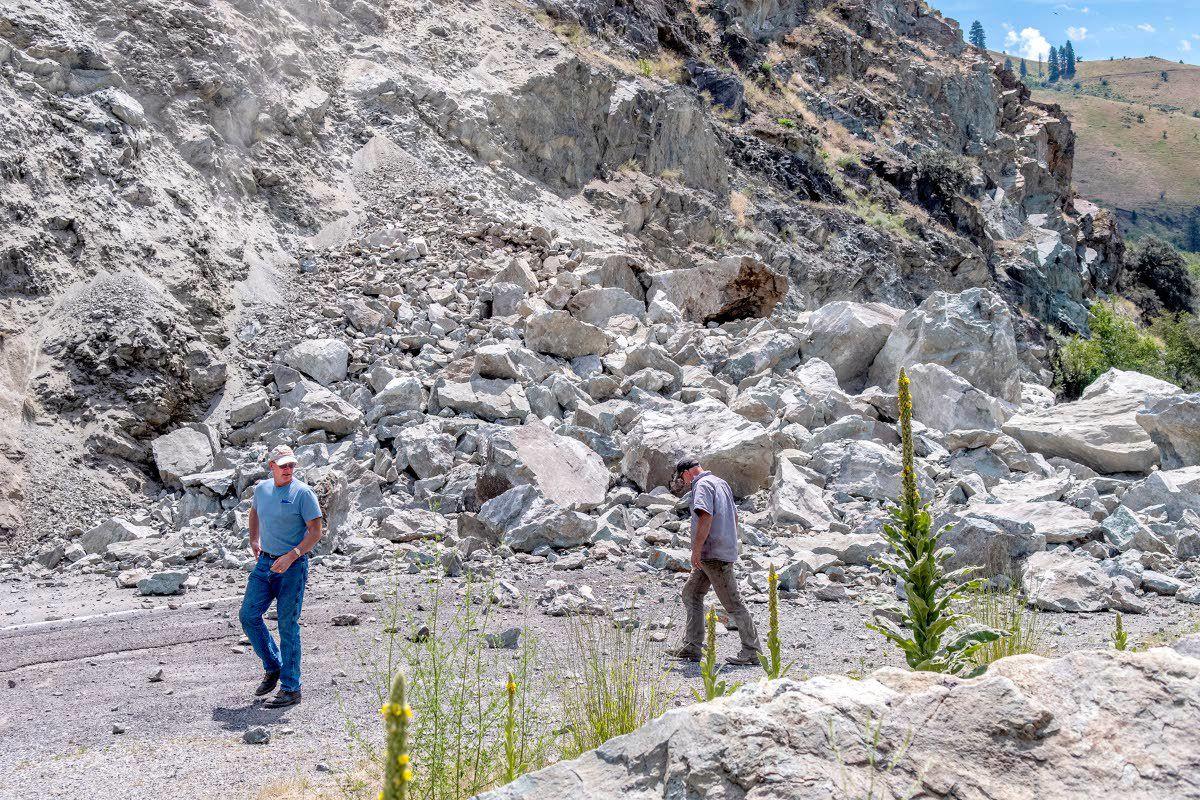 Tim Kaschmitter and Pat Kaschmitter walk past the rock slide that shut down Highway 95 about five miles south of Riggins on Friday.

A rockslide blocks Highway 95 about 5 miles south of Riggins on Friday.

Tim Kaschmitter and Pat Kaschmitter walk past the rock slide that shut down Highway 95 about five miles south of Riggins on Friday.

UPDATE: RIGGINS — U.S. Highway 95 remains blocked by an active landslide south of Riggins with no timetable available for reopening, according to an update from the Idaho County Sheriff's Office.

The slide, with some rocks measuring more than 25-feet across, occurred Friday morning. According to a post on the sheriff's Facebook page Friday evening, the slide was still active with basketball-sized rocks continuing to fall at that time.

The instability was preventing the Idaho Transportation Department from starting work to reopen the highway.

RIGGINS — Members of the McFeeley family stood under the ever-warming sun in the parking lot of a gas station here Friday afternoon, trying to make a decision.

Their destination, McCall, was just 45 miles away, a drive that would normally take less than an hour. But 7 miles to the south, a rockslide blocked U.S. Highway 95.

To reach a family gathering, they could backtrack to Lewiston and make their way to McCall by driving through southeastern Washington and northeastern Oregon.

Or they could bag the trip and drive home to the Seattle area. McCall was more than eight hours away via the elongated route and home was just seven.

It’s one that faced many holiday travelers Friday and could today as well. The Friday morning slide, which included boulders as big as SUVs, will take time to clear. Dave Fraser, Grangeville foreman for the Idaho Transportation Department, guessed a single lane, or perhaps two, could be open sometime today.

But he was making his estimate long before any of the heavy equipment needed to clear the massive rocks had arrived on scene.

“There are big enough rocks that we’ll have to make them smaller to get them out of the way,” he said.

For Paige McFeeley, who was caravaning with siblings, the decision was a no-brainer.

“I live in Moscow so I’m just going to go home. It’s not worth it,” she said.

A news release from the Idaho County Sheriff’s Office noted there is no alternative route around the slide. Pollock Road could have been used as a detour at one time. But a road slough there several years ago essentially cut it in half.

If the slide had happened later in summer, some intrepid travelers could have chosen to take the back route to McCall — up the Salmon River to French Creek and on to Burgdorf, then McCall. But that route is still snowbound.

Fraser said removing the rocks is a priority.

“Our job is to keep people moving back and forth and (making sure) nobody gets hurt,” he said.

Updates on the slide can be found at https://511.idaho.gov/.