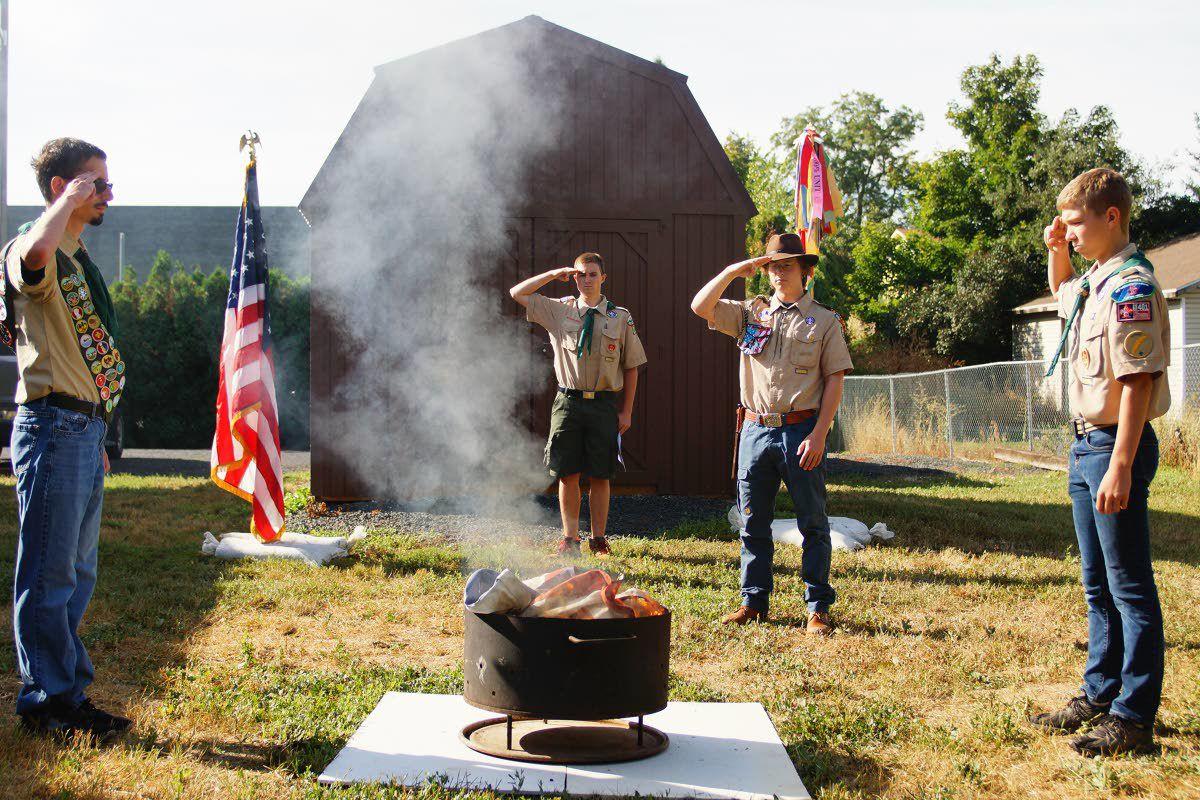 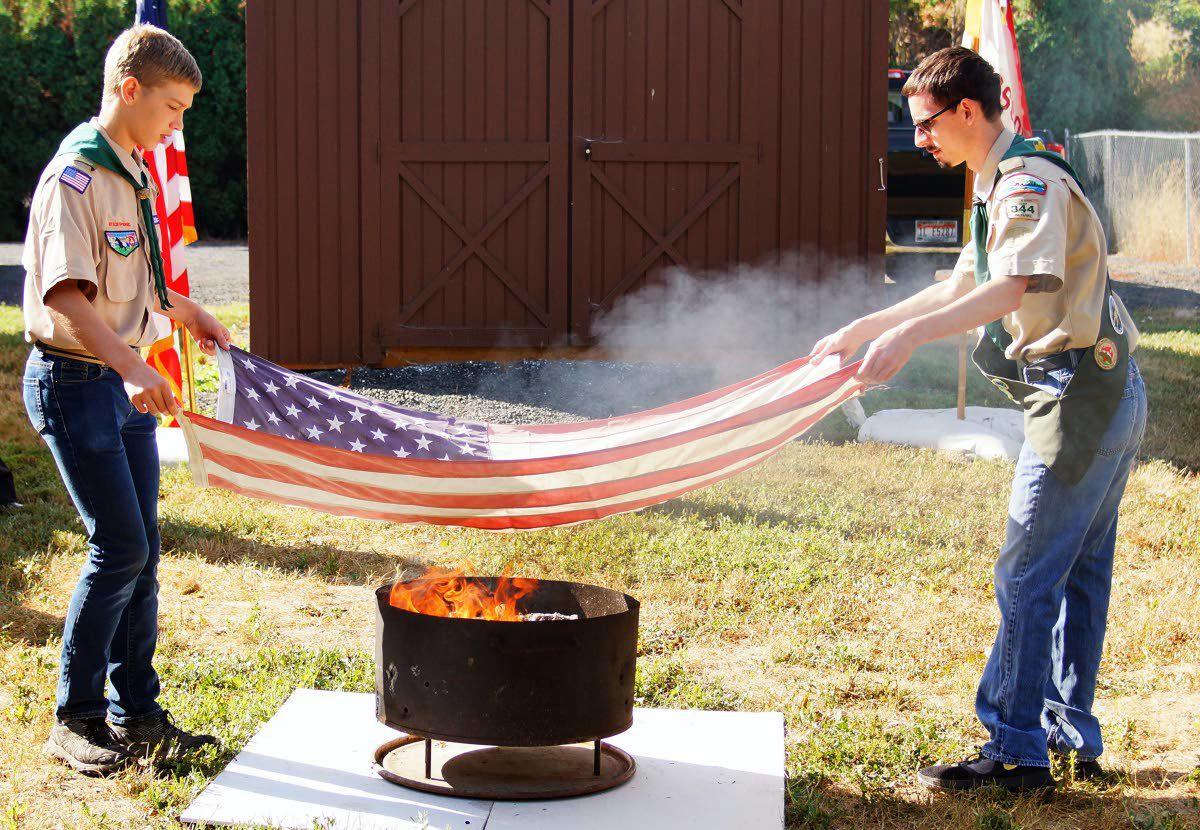 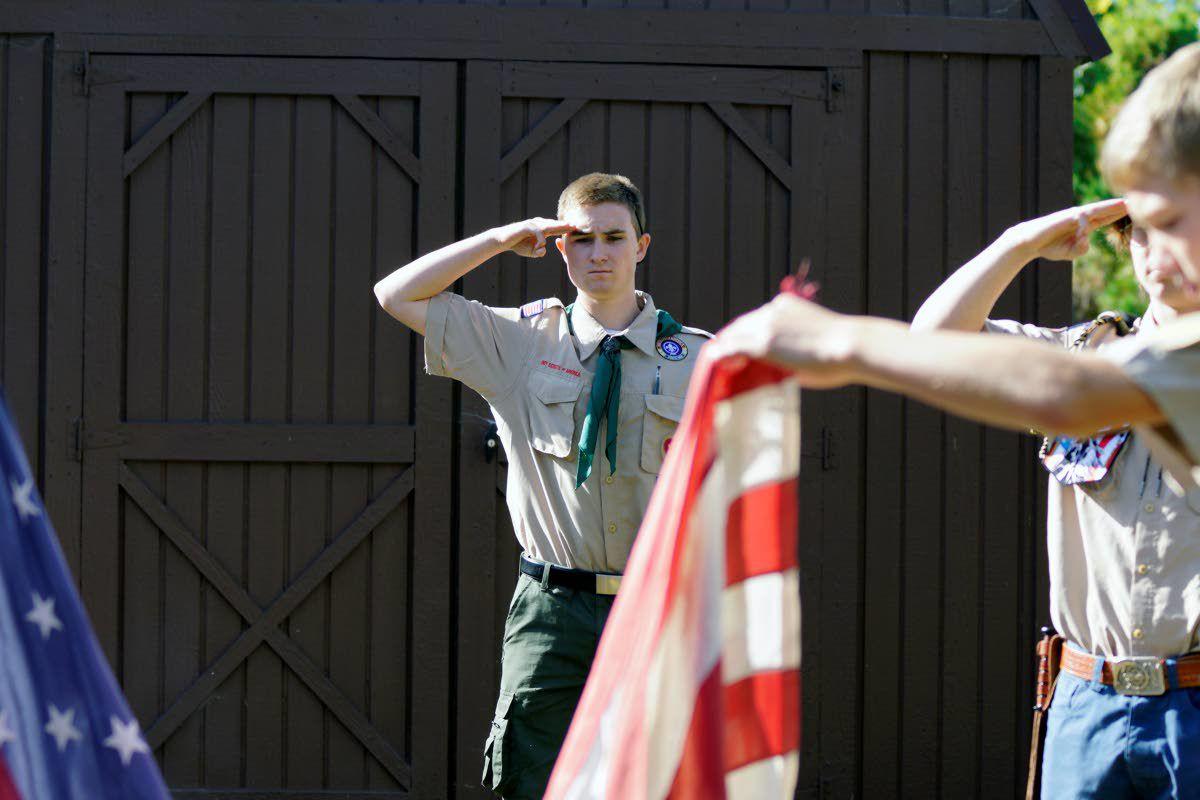 Richard Crawford salutes as retired flag is burned Saturday morning in Moscow. Crawford set up the flag retiring event as part of his Eagle Scout project. 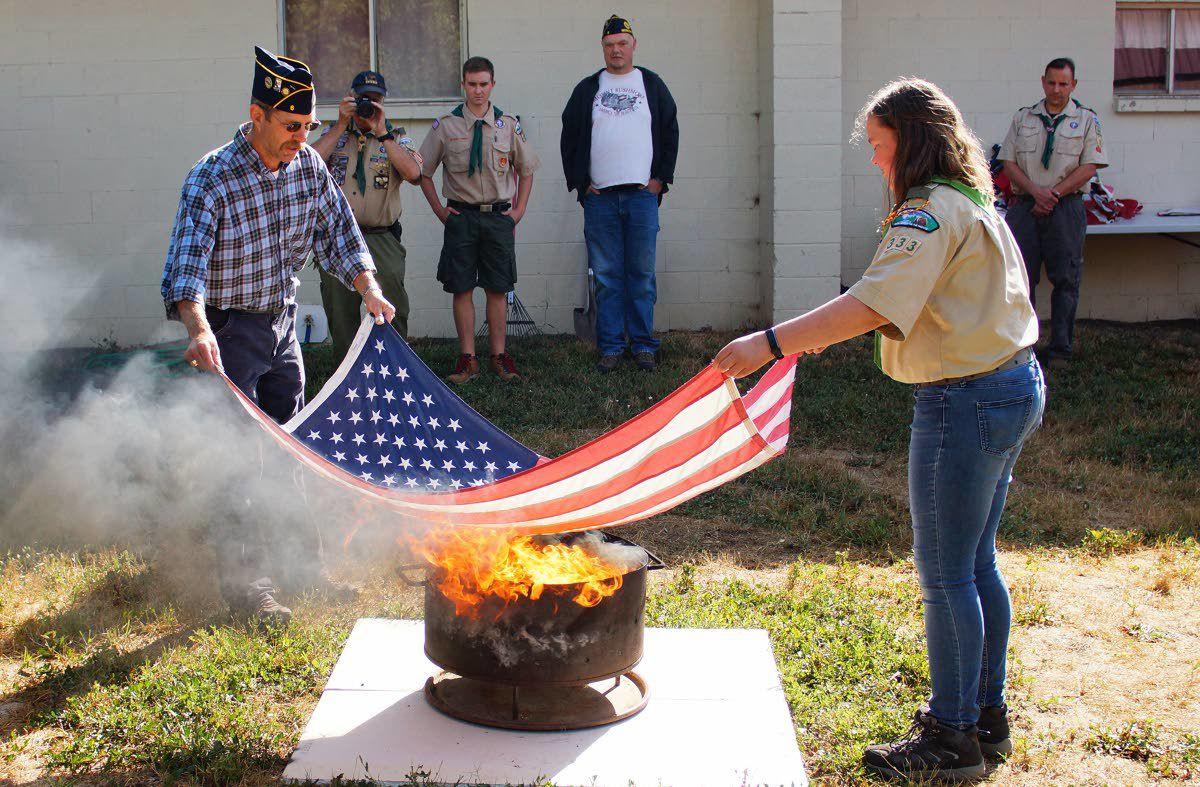 Richard Crawford salutes as retired flag is burned Saturday morning in Moscow. Crawford set up the flag retiring event as part of his Eagle Scout project.

The two Boy Scouts carefully unfolded the American flag Saturday and gently laid it into the fire pit, where flames enveloped the Stars and Stripes and quickly turned them to ashes.

Overseeing the proceeding was 17-year-old Richard Crawford, a Logos School student who is working to complete his Eagle Scout requirements. He organized the American flag retirement event at the American Legion Cabin in Moscow as part of the conclusion to his Eagle Scout project.

Crawford teamed up with his fellow Troop 344 members to educate the public about how to properly retire an American flag, and why it is important to do so.

“It shows respect to our country, and it’s really important to respect our flag,” he said.

A pile of flags at the end of their lifespan sat on a nearby table, ready to be retired. Crawford said flags that are tattered, torn, stained or faded should be disposed of through burning or cutting the flag apart.

He said many people hold onto their flags for too long and simply throw them in the trash when they are done with them.

“They don’t retire them when they should be,” he said.

Scout leader Alex Greig spoke to the nearly 20 people at the event before the proceedings. The Navy veteran said it is the duty of a community to retire American flags properly. No one is forced to do it, but it must be done because it is the right thing to do, he said.

Greig said he is encouraged by seeing the Boy Scouts take an active role in honoring the flag and what it means to America.

“Love of country is not dead,” he said.

Scout members Sam Greig and Asher Carr-Chellman unfolded and burned the first flag of the morning as the other Scouts in the crowd raised their fingers to their head in salute.

Crawford’s father, Rich Crawford, said watching his son and the other Scouts put so much focus and hard work into scouting gives him a sense of pride.

As another flag was placed into the fire pit, Rich Crawford said that too often people walk past a flying American flag without reflecting on its significance, and the flag burning is an effective way to remind people what it symbolizes.

“It gets people thinking about the flag,” he said.