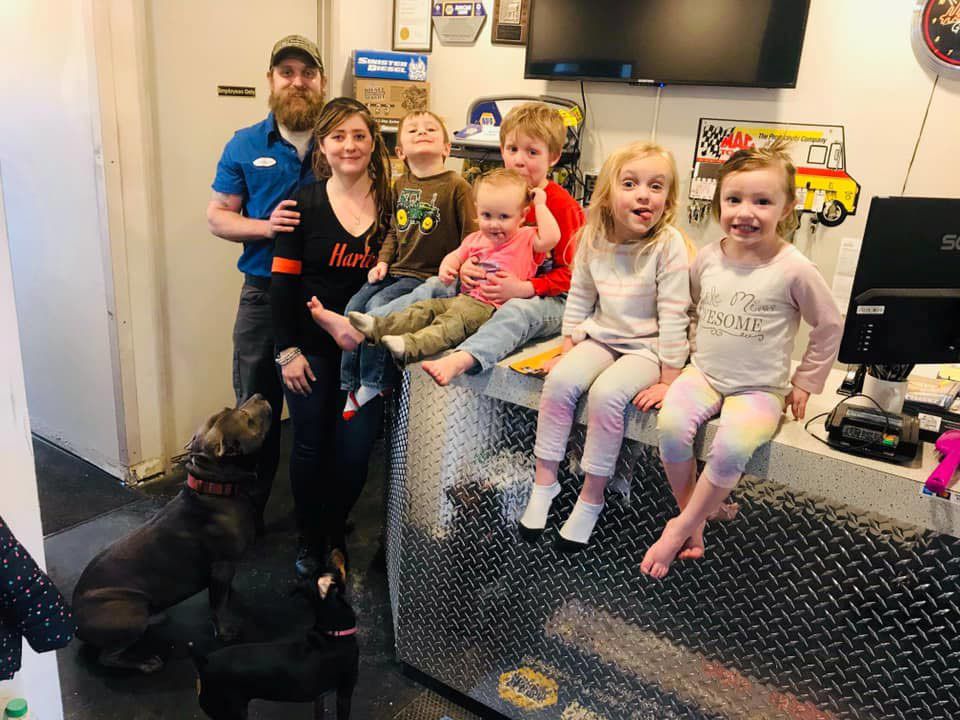 The Bunyard family gathered for a photo this spring in the lobby of Bunyard Automotive in Colfax. Pictured at owners Jacob and Lacie Bunyard with children, left to right, Williams, Hazel, Sampson, Catherine and Ava. 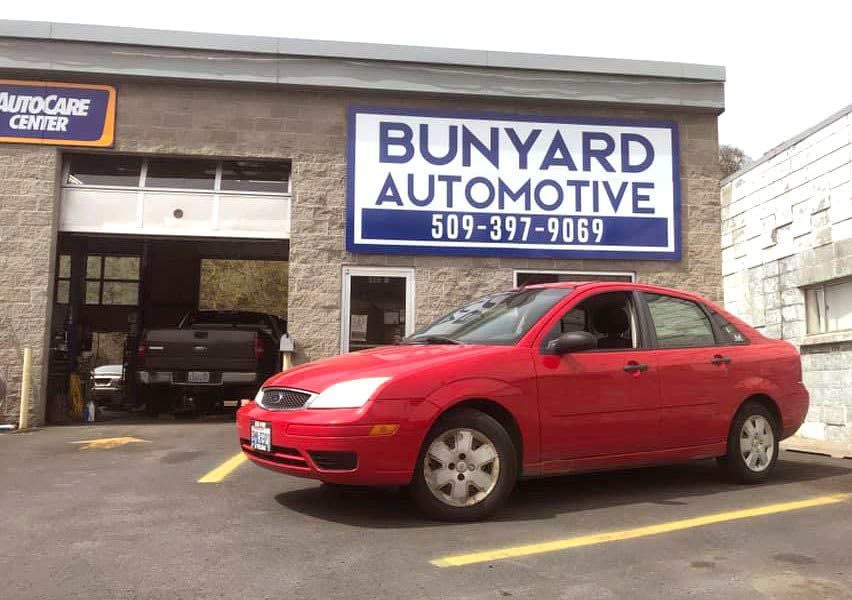 Bunyard Automotive in Colfax accepts donations to repair and donate vehicles. With the help of a generous seller and support from the community, the Bunyards recently were able to donate this red Ford Focus to a single mother in need. 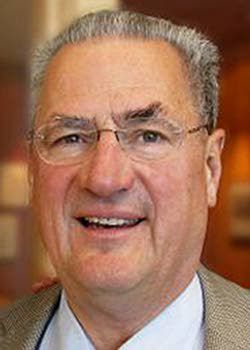 The Bunyard family gathered for a photo this spring in the lobby of Bunyard Automotive in Colfax. Pictured at owners Jacob and Lacie Bunyard with children, left to right, Williams, Hazel, Sampson, Catherine and Ava.

Bunyard Automotive in Colfax accepts donations to repair and donate vehicles. With the help of a generous seller and support from the community, the Bunyards recently were able to donate this red Ford Focus to a single mother in need.

The Washington Secretary of State this year recognized only five Washington businesses for their community service.

Two of them are located on the Palouse.

Schweitzer Engineering Laboratories, of Pullman, and Bunyard Automotive, an automotive repair shop in Colfax, were awarded the National Association of Secretaries of State Medallion on Nov. 13 in Olympia.

The medallion is given to Washington companies for their philanthropic contributions to the state. The other recipients were The Field Group, of Yakima; Kitsap Bank, of Port Orchard; and RE/MAX Elite, of Everett and Lynnwood.

She said SEL was recognized for a long list of contributions to nonprofits and schools across the state this year.

Among those contributions, SEL donated $20,000 to help the Council on Aging and Human Services update the Colfax organization’s HVAC system.

SEL donated $10,000 to the Community Action Center in Pullman to develop a mobile food truck that will serve fresh food across Whitman County. Palouse Habitat for Humanity also received $20,000 from the company.

Additionally, Scwheitzer said there are a number of SEL employee programs that donate to causes. For example, SEL’s School Donation Program allows each employee to direct $100 of SEL money to a school of their choice. More than $112,00 of those dollars will be given to Washington schools.

SEL’s “Dollars for Doers” program donates $75 to a nonprofit of the employee’s choice for every five hours that employee volunteers there, Schweitzer said.

“Because we’re employee-owned, it’s wonderful for all of our employees who are involved in so many ways in our community to be recognized,” Schweitzer said.

Bunyard Automotive and its two employees may not donate hundreds of thousands of dollars to nonprofits like its fellow NASS Medallion winners, but it won over the Secretary of State’s Office for its own acts of charity.

On Fridays, owners Jacob Bunyard and his wife Lacie, offer their services for anyone who is recovering from homelessness or addiction.

By networking with local nonprofits like Family Promise of the Palouse, they will find people in need and fix their car at reduced cost. They have also donated cars that they have repaired or received from the community to families who need it to get to work or take their children to school.

He estimates they have helped 10 or 15 people this year.

Bunyard said he is compelled to offer this service because he and his father both struggled with addiction and homelessness, and he wants to help lift people out of similar situations.

His father, after entering a treatment center, became sober and worked as a drug counselor to help others like him. After he died, Jacob began struggling with the same demons until he decided to clean up his life.

Bunyard said he has a “soft spot” for people in those same situations. But, he said, Bunyard Automotive only helps those that want to better their lives.

Bunyard said he felt honored and emotional after receiving the medallion. He enjoyed visiting the Capitol Building in Olympia and meeting the other “extraordinary” business owners who shared similar passions, even if he felt a little out of place next the much larger, more established businesses.

“Here we are two people running the show and we’ve only been open a year and a half,” Bunyard said. “It was really humbling.”