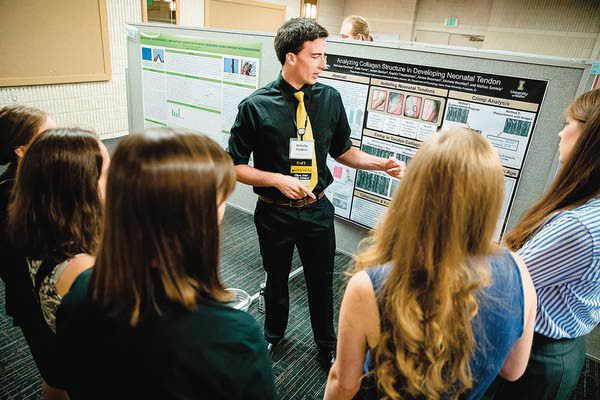 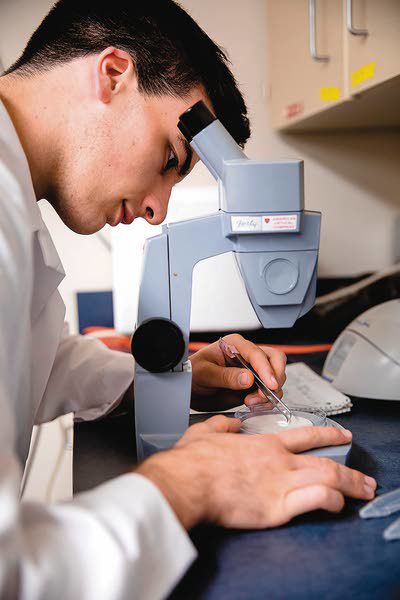 University of Idaho undergraduates interested in conducting their own research may not have to wait until graduate school thanks to the international Grand Challenges Scholars Program offered by the National Academy of Engineering.

Starting in 2008, UI Grand Challenge Director and Assistant Professor Daniel Robertson said the NAE produced a list of 14 global issues for young engineers to address through research projects at participating universities - though the students were not required to be an aspiring engineer to apply.

Robertson said the 14 categories include such ambitious objectives as reverse engineering the brain, preventing nuclear terror and engineering better medicines.

"It was kind of this vision for what engineering should look like over the next century. In the past, engineering has really been focused on technical details - solving technical problems," Robertson said. "The vision that the National Academy of Engineering has put forth is that in the next 100 years, engineers need to be focused on solving problems for people and society."

While there is the possibility that some of the students will produce scientifically valuable data, Robertson said the program is more focused on producing well-rounded engineers with research experience. To that end, Robertson said the program has identified five core competency components it hopes to instill in participating students, including an aptitude for multidisciplinary research and a viable entrepreneurial acumen. Robertson said even securing funding for their projects is an important learning experience for young, would-be engineers and researchers.

"The thing I really like about the program is that it allows students to kind of get their hands dirty tackling a real world problem - a problem that affects people in society," Robertson said. "It's not just building a cool robot, they're actually doing things to improve our world, and they're learning how to do that."

UI student Nicholas Pancheri, 19, who is studying the effects of zero gravity environments on human tendon tissue, said there are numerous advantages to the program. He said with few research opportunities available to undergraduate students, the prospect of starting his own research project in his freshman year was too good to pass up.

"The idea of the program is to really empower undergraduate researchers to design and then implement their own research," Pancheri said.

He said in addition to the skills and experience an undergraduate can acquire through the program, there is also an opportunity to network with other students with similar passions and with established professionals in their field. On Friday, Robertson said participating students will pitch their research projects to a panel, which will include members of the Idaho Academy of Engineers.

"These students pitch to these people that have changed the world, that have addressed global challenges like this," Robertson said "Then they get to sit down at a networking dinner with those people and talk to them about their life experiences and get feedback."

While he acknowledged the program does provide him with some helpful advantages, Pancheri said he would have pursued research opportunities as an undergraduate no matter what. For his part, Pancheri said he is just grateful to be able to begin his research early.

"One of the really beautiful things about starting now is that through my next four years here at University of Idaho, I'm going to have the opportunity to hopefully see some fruition from this research," Pancheri said. "Well, being able to work on something for four years, I'm really hoping to produce some sort of tangible results and, of course, the end goal is always a publication on a research finding."