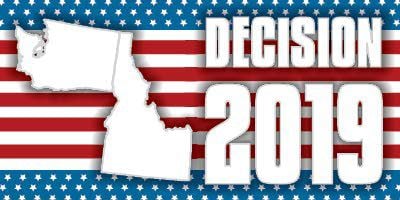 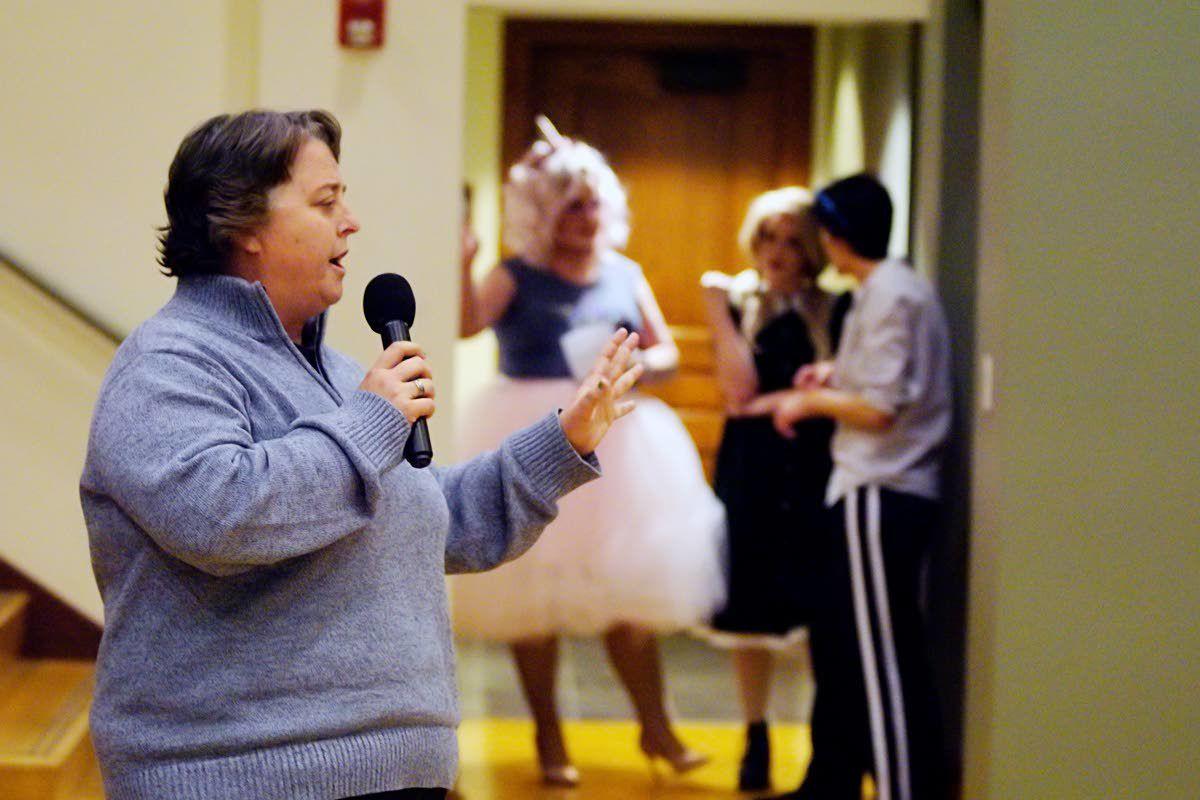 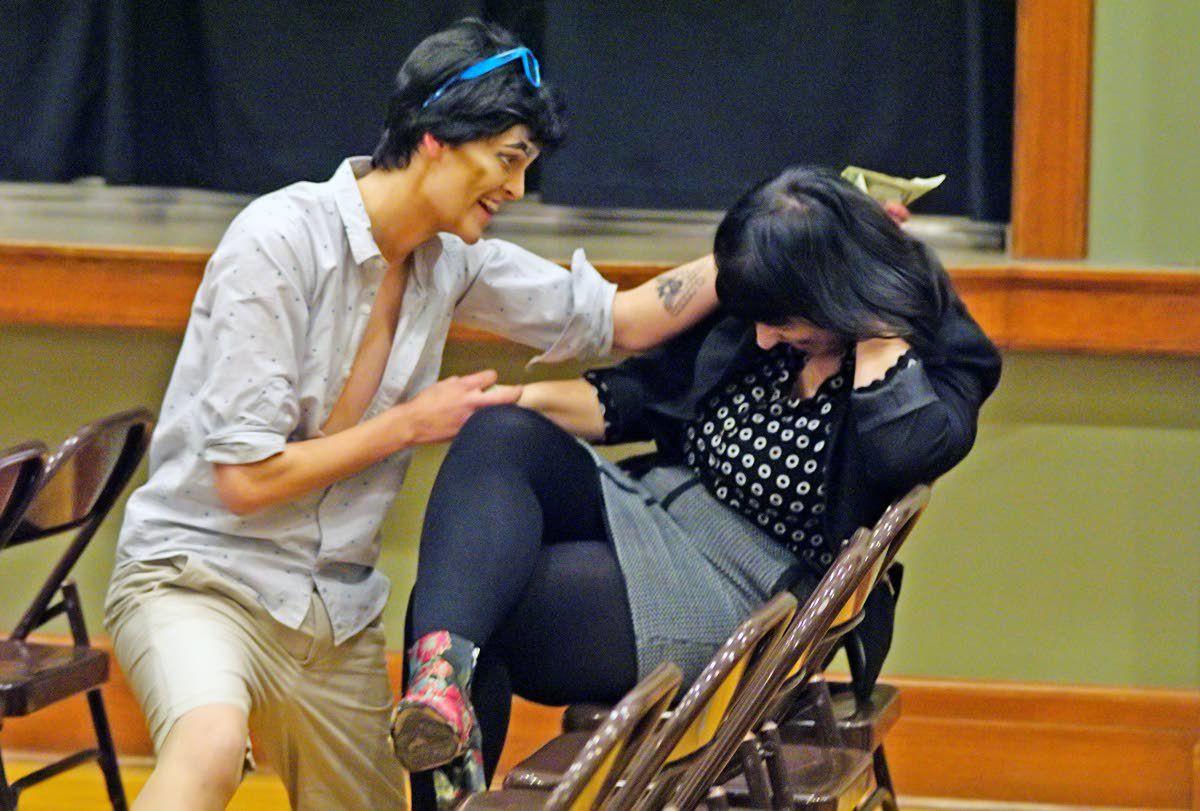 Moscow City Council member Anne Zabala hides her face as Maxwell Edgelord serenades her during the Drag the Vote event at the 1912 Center Wednesday night. 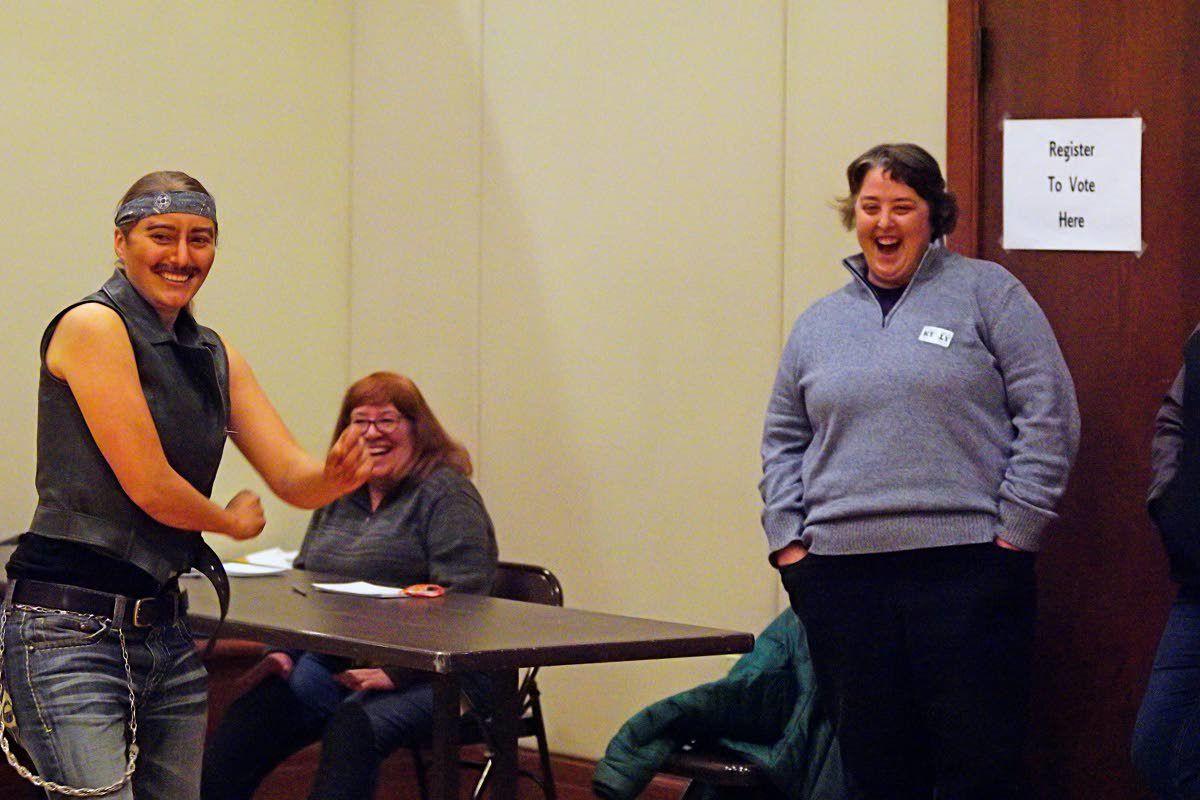 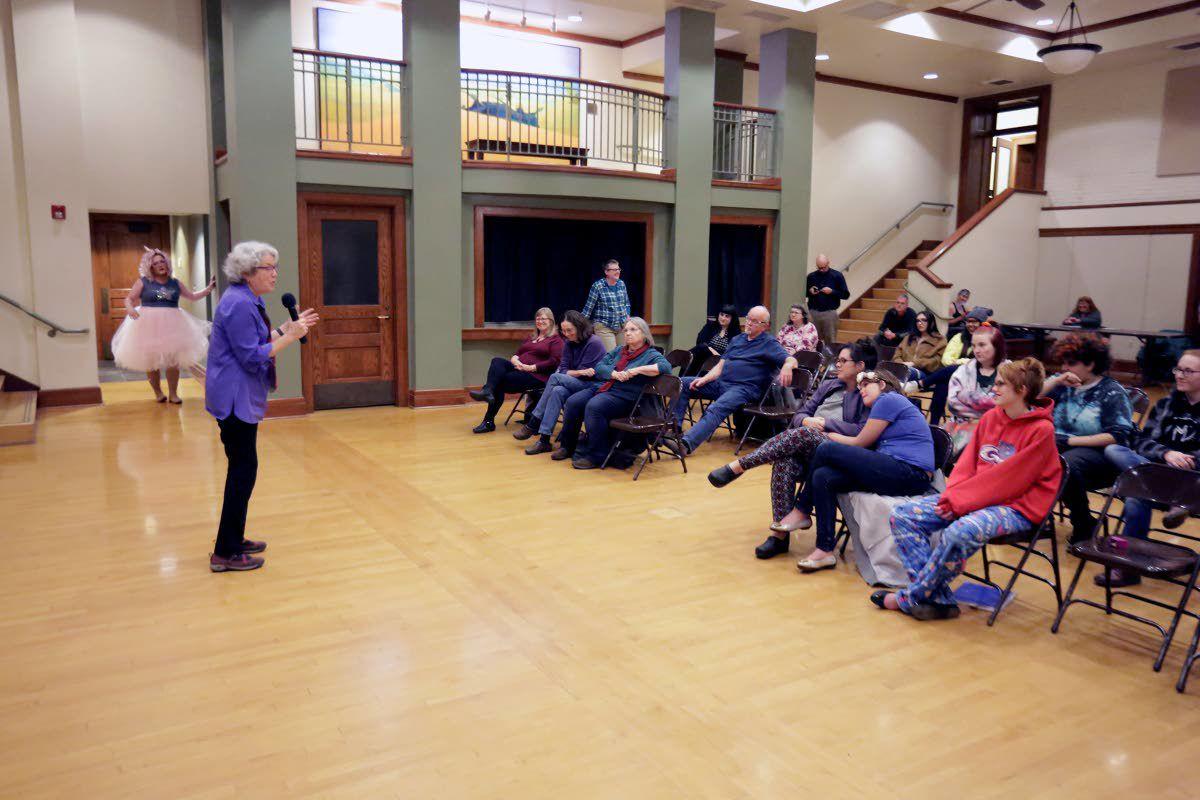 Moscow City Council member Anne Zabala hides her face as Maxwell Edgelord serenades her during the Drag the Vote event at the 1912 Center Wednesday night.

A small crowd was able to mingle with three Moscow City Council candidates and register to vote all while enjoying four drag show performers Wednesday night at the 1912 Center in Moscow.

Performers lip-synced and danced to songs like “Eye of the Tiger” while, at times, stripping off articles of clothing and grabbing $1 bills from crowd members.

“One vote matters,” Laflin told the crowd of about 15. “That’s the theme for tonight.”

She said the world is only different if people stand up and say something.

“No matter what age you are, start young, mouth off,” Laflin said. “Let people know what you think and stand for your position.”

Voter registration forms were available for those who had not registered to vote.

“One vote makes a lot of difference, and I think we’re at a pretty critical time now as a country as well as in Moscow, to make sure that everyone gets out there and votes,” Laflin said prior to the show. “This is a very, very important election.”

“There is a definite need to get some of the younger, more marginalized college kids and just young people in general involved in the democratic process, and reaching out to them with a drag performance seemed like a really good idea,” Kathy Sprague, of Tabikat Productions, said before the event. “We had candidates who weren’t afraid of the idea of including marginalized communities in their campaign.”

Kelly said before the show she is always trying to think of different ways to connect with people.

“I know a lot of my friends ended up coming out here, they ended up transitioning here,” said Zabala, who was elected to the council almost two years ago. “This was a really safe place for a lot of folks and it’s part of what I want to contribute to as a candidate, as just a person who lives here. I think it’s really important and I think it’s a great asset to Moscow.”

Kelsey Berends, James Urquidez and Brandon Mitchell are the other three City Council candidates seeking one of three open seats. Zabala is the only incumbent running since councilors Jim Boland and Kathryn Bonzo chose not to seek reelection.