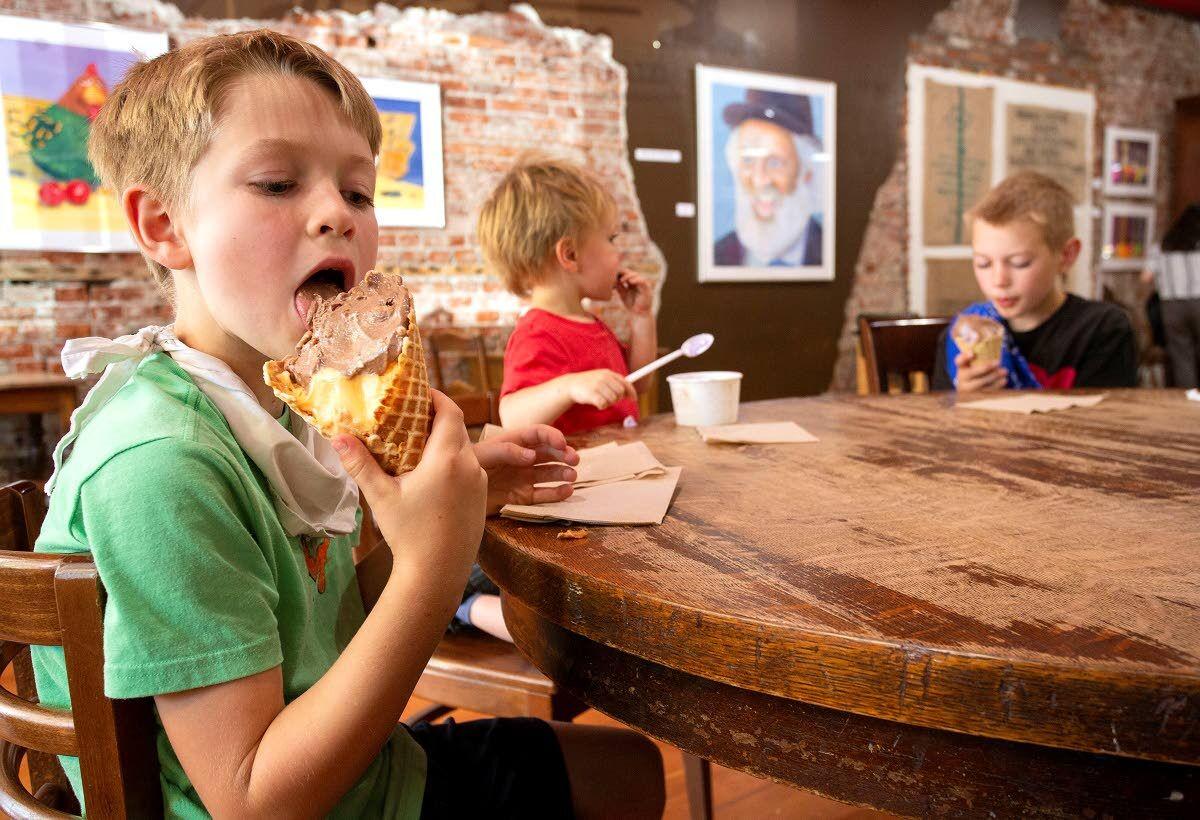 Peter Adams, left, and his brothers, Elijah, center, and John eat ice cream Monday at Neill’s Coffee and Ice Cream in Pullman. The boys are the sons of Theresa and Ethan Adams, who live near Colfax. 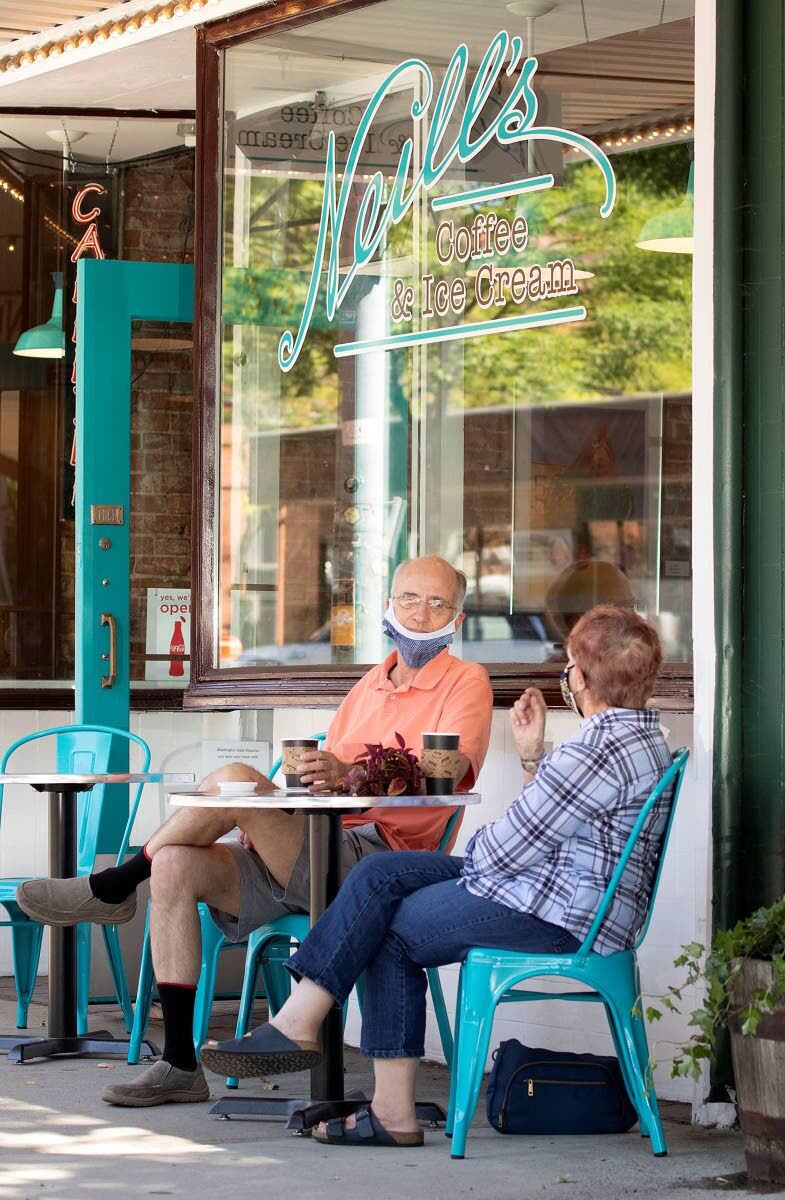 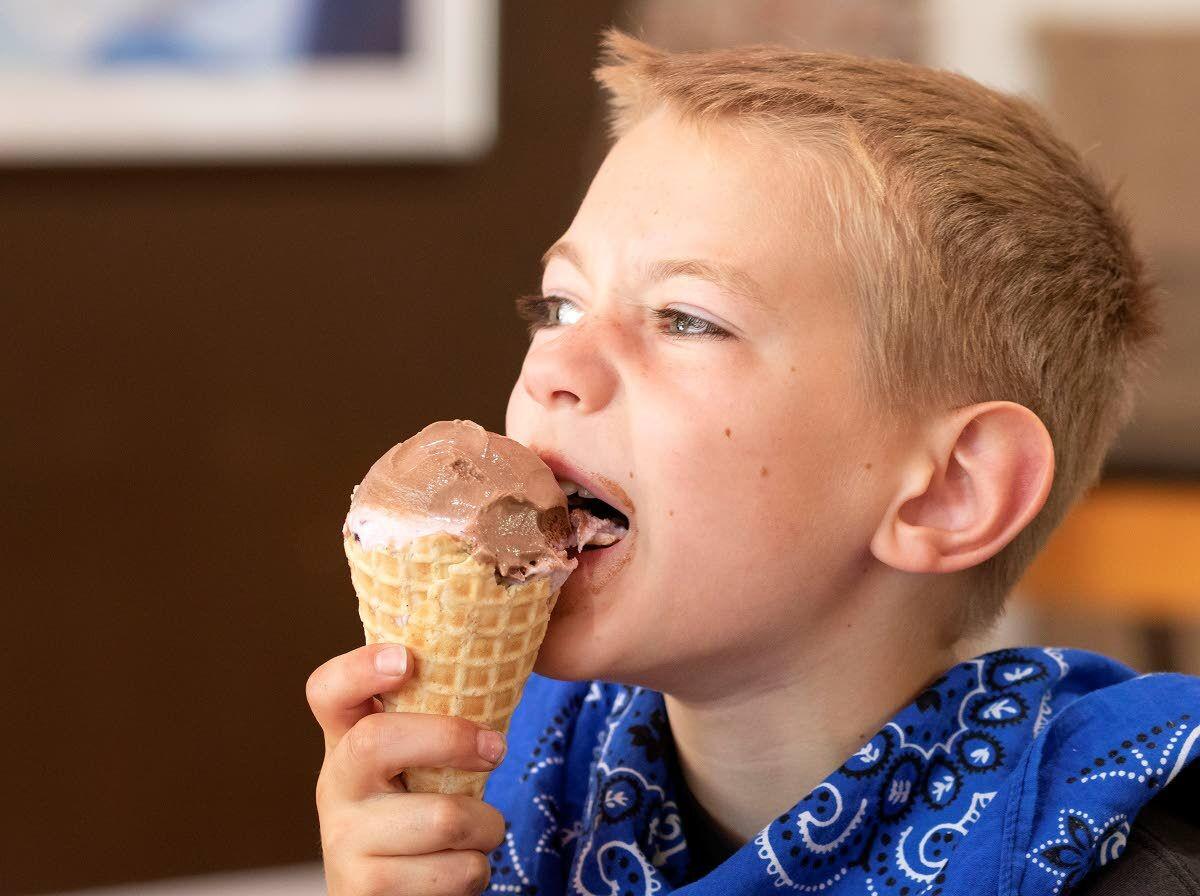 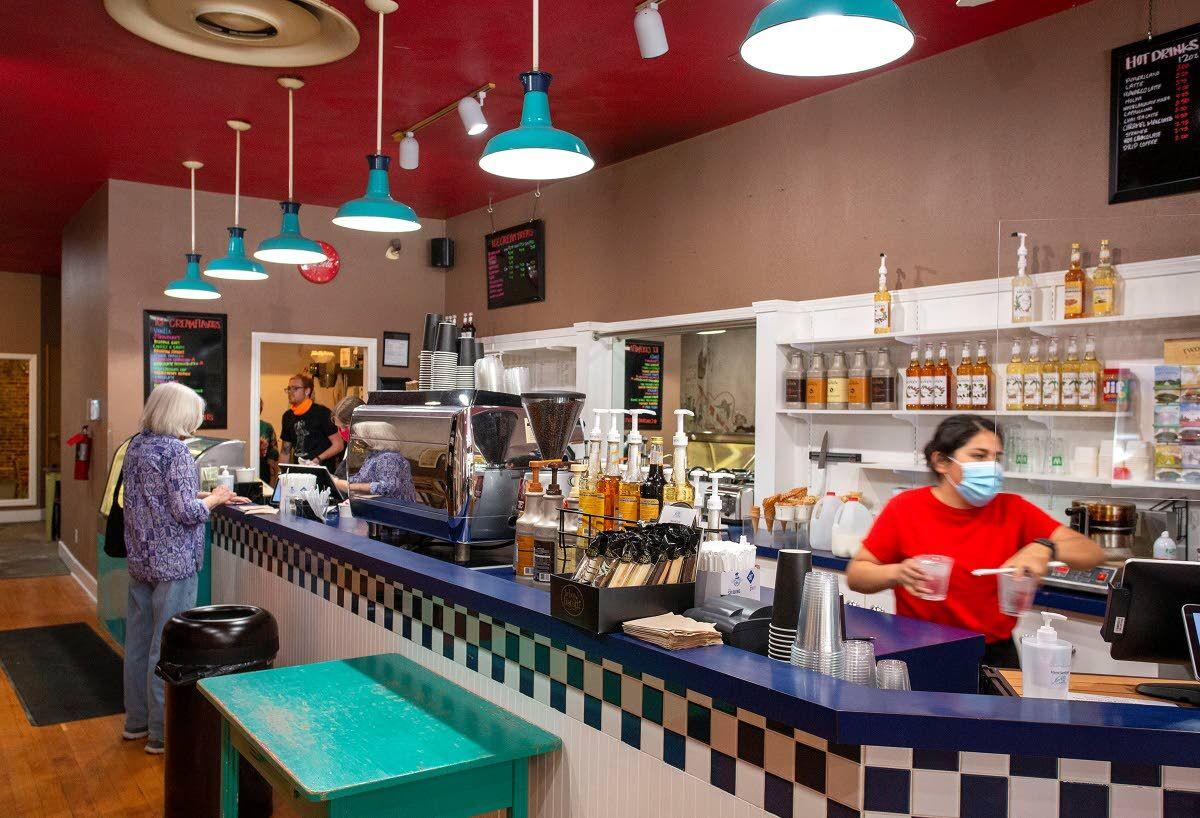 Michelle Mendoza, right, helps a customer on Monday at Neill's Coffee and Ice Cream in Pullman.

Peter Adams, left, and his brothers, Elijah, center, and John eat ice cream Monday at Neill’s Coffee and Ice Cream in Pullman. The boys are the sons of Theresa and Ethan Adams, who live near Colfax.

Michelle Mendoza, right, helps a customer on Monday at Neill's Coffee and Ice Cream in Pullman.

The owners of a newly opened coffee and ice cream shop in downtown Pullman hope it can provide Main Street with a fun, family friendly destination.

“Most people know that there’s not much to do downtown for people that aren’t looking to go to a bar or something like that,” said Chris Chandler, whose family owns Neill’s Coffee and Ice Cream. “So it gives the younger and the family crowd something to kind of go out and do.”

Neill’s Coffee and Ice Cream began operating at normal hours Monday at 230 E. Main St. after holding a soft opening last week. It is located in part of the space that used to belong to Daily Grind Coffeehouse.

The Daily Grind Coffeehouse closed in May because of COVID-19 restrictions hampering the business. It had operated since 1999.

“The Daily Grind closing definitely left a hole downtown, so bringing something back that could kind of fill that void,” Chandler said. “And then really expanding on the ice cream was very important to us because there’s coffee shops downtown but there’s really not a place for hard-scooped ice cream.”

Chandler’s family also own Neill’s Flowers and Gifts next door, and this year marks the 100th anniversary of its Main Street location. It, too, once sold ice cream and other treats when it first moved to Main Street in 1920 from its Military Hill location. Back then, the business was called Neill’s Sweet Shop.

Chandler said the opening of Neill’s Coffee and Ice Cream was a special way to mark the milestone.

“With it being 100 years old, it all came about that we could reopen and bring the soda fountain, coffee shop back into existence on Main Street.”

Chandler said his family would like to hold some sort of celebration of the 100 year anniversary, but it has been difficult to plan an event as COVID-19 restrictions continue to tighten.

Despite the pandemic, Chandler said they were still able to meet their goal of opening Neill’s Coffee and Ice Cream in July. He said they received approximately 200 job applications from people wanting to work there.

So far, he said, customers have enjoyed the “bright, kind of happy atmosphere” and the ice cream has received good reviews.

Glen Ames and Bonita Lawhead were sitting outside sipping coffee from the restaurant Monday. Lawhead said she was glad that it was open and noted that she used to come to the same location often to enjoy Daily Grind coffee.

Ames said he enjoys having a soda and ice cream shop downtown and the ability to enjoy it while sitting outside.