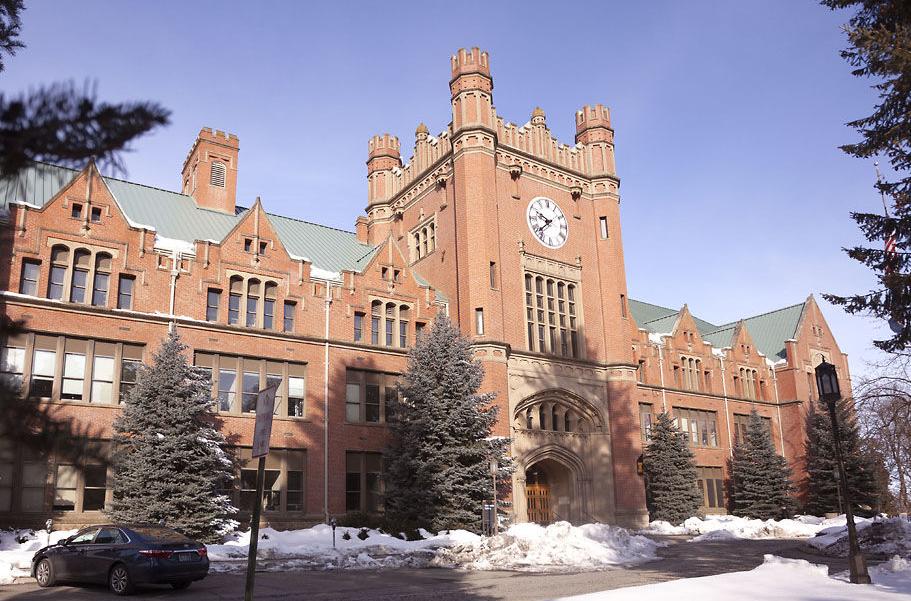 The University of Idaho is looking to mitigate an expected shortfall.

The University of Idaho’s Information Technology Services and units under the university’s provost, which includes academic programming, are expected to make the largest budget reductions as the UI tries to mitigate a shortfall expected to balloon to $22 million by 2022.

The budget reduction targets were released in a late-December memo from UI President Scott Green sent to students, faculty and staff. The university’s ITS and provost units are being asked to reduce their expenses by about 13 percent. Meanwhile, research units and the Department of Finance and Administration are being asked to reduce their budgets by 12 percent. The president’s office will reduce its budget by 8 percent.

At a little more $86.5 million, the provost’s unit has the largest budget by far, and UI Communications Director Jodi Walker said not all of it supports academic programing. A 13-percent reduction for that unit amounts to roughly $11.4 million, and Walker said there are places other than programming where department leaders can identify savings. She said about 80 percent of UI’s budget pays for employee salaries and benefits.

“Just because the provost’s line says that it’s a 13-percent reduction — that’s not necessarily all just programs — that’s people, that programs, that’s things outside of an academic program that a student might be involved in,” Walker said. “Their budget is huge — strategic enrollment management is within the provost’s office and a lot of support programs for academics are within the provost office.”

The memo stated more than 200 UI employees have expressed interest in voluntary separation and retirement incentives, though it remains to be seen how much money this will save.

“This represents more than $14.5 million, but is not necessarily salary savings as some positions will need to be refilled,” Green wrote in the memo. “We also anticipate that not everyone expressing early interest in these programs will move forward with separation from the university.”

Walker said university advancement — or fundraising — and the university’s marketing and communications units were not asked to reduce their budgets as both support growing the institution’s resources.

Administrative salaries are also not expected to take as heavy a hit and this is intentional, Walker said. She said these administrative positions are essential for competent management of university business and while the positions themselves typically pull high salaries relative to other positions within UI, compensation is still on the low end for an institution that wishes to remain competitive with its peers in the academic world and beyond.

“If we underpay, all we’re going to do is lose a position that we desperately need and not be able to refill it,” Walker said. “If that position out in the world makes $150,000, we’re not going to be able to pay somebody $90,000 to do the same job and have the same quality of an employee.”

The memo notes that one university enterprise has already been outsourced — textbook sales in the Vandal Bookstore. Walker said this agreement will simply reduce the cost of getting textbooks in the hands of students.

“Really all that means is our textbooks will be sourced through the Texas Book Company — they do this for lots of institutions nationally and so they have buying power that we don’t have,” Walker said. “They’re able to get those books for cheaper, but as far as staffing or what people are going to see in the Vandal Store, … nothing will change.”

You can find the Dec. 20 budget memo and other memos and communications from Green at this shortened web link: bit.ly/2QDKAD0.