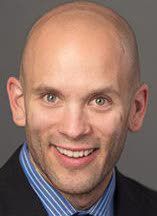 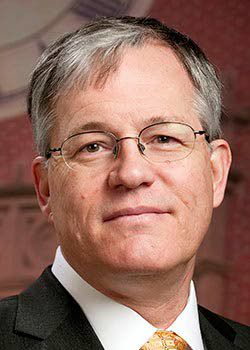 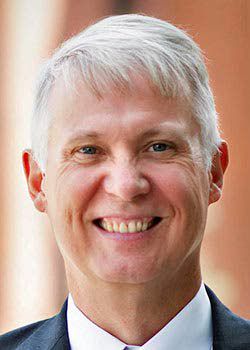 A former University of Idaho assistant professor has filed a lawsuit against the school, Provost John Wiencek, the State Board of Education and former UI President Chuck Staben in a dispute related to a denial of tenure.

In a complaint filed with the Latah County District Court earlier this month, former assistant professor of journalism Justin Barnes alleges he was unfairly denied promotion to full professor despite meeting the criteria to be awarded tenure and near-unanimous approval from several review boards. Among allegations outlined in the complaint are breach of contract, defamation and negligence.

According to the complaint, Barnes was hired by UI’s department of Journalism and Mass Media in 2012 with assurances he would be considered for promotion and tenure in the 2017-18 school year. Each year prior to 2017, Barnes received favorable evaluations from his supervisors, the document says.

After submitting documents constituting an application for promotion and tenure in June 2017, Barnes underwent a review process that filtered through several committees. The first of these, a five-member JAMM tenure and promotion committee, reviewed Barnes’ application and voted unanimously in his favor. The application then moved through two nine-member committees in the College of Letters Arts and Social Sciences, and received only one “no” vote. The dean of the college and the director of the JAMM department at the time both wrote letters recommending Barnes for promotion as well, the complaint states.

Finally, Barnes received unanimous approval from a 12-person University Promotions Review Committee, chaired by Wiencek as a nonvoting member. In March 2018, Barnes received a copy of a letter from Wiencek to then-President Staben recommending he not be granted tenure. According to the complaint, Wiencek failed to provide any evidence supporting this recommendation. A few days later, Barnes received a letter from Staben informing him that he would not receive tenure. In a meeting with Staben the following month, Barnes was told the decision “was based solely on the recommendation of Provost Wiencek,” the complaint states.

Barnes then filed a grievance to a Faculty Appeals Hearing Board and hired legal counsel. During the appeals process, Wiencek disclosed that he considered materials outside Barnes’s application documents when making his recommendation, which the complaint alleges constituted a breach of contract. The complaint states Wiencek also made numerous allegations of dishonesty on Barnes’ part, including that he embellished his CV, or curriculum vitae.

After a hearing considering Barnes’ grievance, the board issued a report finding that the university failed to comply with its own procedures, applied inappropriate considerations and abused its discretion.

In its findings, the board recommended “that the President reconsiders his decision to deny Dr. Barnes promotion and tenure and grant promotion and tenure in the light of the additional information and arguments as they have emerged from this appeal process.” The board continued, saying if this path was unacceptable, Barnes should be given the opportunity to repeat the promotion process “with full transparency.”

A couple of months later, Staben sent a letter to the board upholding his previous decision to deny Barnes tenure. Barnes was given a one-year conduct and was terminated in July of the following year.

The complaint demands a trial by jury and states Barnes is seeking damages in excess of $10,000 and a reinstatement to associate professor with tenure at the UI.

A trial date has not yet been set.