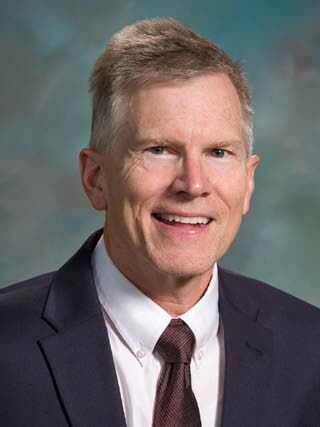 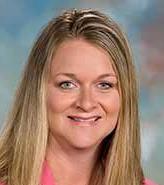 An Orofino physician said the thought that a patient needing critical, life-saving care might not be able to find a hospital bed because of the overload from COVID-19 patients “keeps me up at night.”

“We’re seeing in health care with this (COVID-19) surge that we’re in right now, it’s become very difficult to get those subspecialty and critical care patients” transferred to a higher level of care, said Kelly McGrath, chief medical officer for Clearwater Valley Health in Orofino and St. Mary’s Health in Cottonwood.

“Moreso than any time in the 28 years of serving this community, I’ve never seen the degree of constraint to access to critical care beds when we need to transport patients. … It is as if a Category 5 hurricane is storming inside our hospitals, but because the buildings look intact, few on the outside realize how desperate it is.”

The Orofino hospital is a rural, critical-access, 23-bed hospital with limited capacity for higher levels of care. Patients with those needs often are transported to bigger hospitals around the region. But when an Orofino patient recently needed such a transfer, McGrath said hospital staff called around to more than a dozen hospitals in Idaho, Montana and Washington before finally locating a place in southern Idaho.

“We want to provide as much care as is reasonable,” McGrath said. “But we can’t provide everything. Doing rural health care well is to make sure you send those patients on that would benefit from a higher level of care and right now that avenue is really constricted because of this delta variant.”

McGrath and Lenne Bonner, chief executive officer for the two hospitals, said the surge in COVID-19 cases came on suddenly, mirroring what was happening in the rest of the country.

“I completely underestimated the reality of what it was going to do to us,” McGrath said. “The whole health care regional system was really busy, even when COVID was calmer in late spring and early summer. It just really took off. In a couple of days we went from hardly any cases to skyrocketing.”

Until late June, he added, the delta variant was not dominant, “but in late June to late July it went from a small footprint to more than 80 percent of all cases in Idaho are delta.”

In a recent newsletter from Kootenai Health, the parent organization for Clearwater Valley Health and St. Mary’s Health, the company announced the virus numbers at its main campus in Coeur d’Alene. On July 28, that hospital had 29 COVID-19 patients, with 11 of those requiring critical care. On Aug. 4, those numbers were 43 and 19; on Aug. 11, they were 73 and 29; and last Thursday, they were 85 and 36.

Because of that surge, the Coeur d’Alene hospital has canceled elective surgeries and no longer has the capacity to receive patient transfers from other regional hospitals.

McGrath said in the early stages of the pandemic, people could usually trace where they’d been and likely contracted the disease. If it was in a crowd of people, maybe two or three others also would have been infected. Now the numbers of people becoming sick in similar situations have tripled or quadrupled.

“It seems when you are talking to people and describing what we had heard about delta, we realize locally we’re seeing what they’ve seen nationally in a very real way,” McGrath said.

Clearwater County has one of the lower vaccination rates in Idaho for people age 12 and over, with 34 percent fully vaccinated, according to the Idaho Department of Health and Welfare.

Idaho County has the lowest vaccination rate in the state with 27 percent fully vaccinated, followed by Nez Perce County with 40 percent, Lewis County with 42 percent and Latah County with 49 percent.

Bonner said some of the reasons people give for not getting vaccinated include: “They don’t feel they’re at risk — they’re not worried about it, or there’s a population that doesn’t think it’s a real thing — no different from a cold or flu. It’s more of politics or personal beliefs and those are hard things to change people’s minds on.”

McGrath said he has only encountered some of the sicker patients and “a few of them have expressed regret — not so much about the vaccine, but saying, ‘I took chances I shouldn’t have taken.’ I don’t know that everybody is connecting those dots. The population that we serve is undervaccinated relative to the rest of the state, and that’s almost certainly what’s setting us up.”

Vaccination rates for the medical staff are at 59 percent for Clearwater Valley and 51 percent for St. Mary’s, Bonner said.

“It’s better than the (county) population but not as good as we want,” McGrath said. “The issue about mandating a vaccine is a contentious issue. And we’ve been trying to mostly incentivize employees, using the carrot and not the stick. We want people to do the right thing through their own choice, and we’re trying to make that happen as best we can.”

Public Health – Idaho North Central District reported 116 new cases since Friday, including the death of one woman in her 90s in Nez Perce County.

Asotin County also had one new death — a man between the ages of 70 and 90 — and 38 new cases since Friday for a 14-day count of 201 with seven hospitalizations, two of them new. There were 50 breakthrough cases so far in August and 61 total since July 1.

St. Joseph Regional Medical Center reported that 10 patients were being treated in the hospital Monday who have tested positive for COVID-19. That’s a slight decrease from last Friday’s number of 13. On Saturday there were 13 COVID-19 patients and 12 on Sunday.

Gritman Memorial Hospital in Moscow reported that as of Thursday there were four patients admitted to the hospital for in-patient care who tested positive for COVID-19. The hospital’s 14-day positivity rate is 15.29 percent.

Lewis-Clark State College, which started the school year Monday, had two active cases and one student in isolation in campus housing, school President Cynthia Pemberton announced in an email Monday.

The Idaho Department of Health and Welfare will hold a media briefing about the virus today at 1:30 p.m. PDT via Webex.

State health officials will be available, along with David Peterman, a physician with Primary Health Medical Group. The general public can join the briefing in listen/watch-only mode at this link: bit.ly/2UKaUAs.

Hilary Franz, commissioner of Washington Public Lands, called on the federal departments of agriculture and the interior to help secure the nation’s wildfire response capability by requiring COVID-19 vaccinations of wildland firefighting forces.

Franz called for the deployment of federal resources to make vaccinations available at all fire camps on federal land.

Last week a federal crew on its way to the Muckamuck Fire was forced to turn back because of its members contracting the virus, according to a news release from the department of public lands. Firefighting agencies are experiencing increased rates of infection as the peak of fire season nears. Already this has resulted in the removal of engines and grounding of aircraft because of COVID-19 infections among firefighters and pilots.

“Pulling resources from the fight, when we are already stretched thin, has made a bad situation worse,” Franz said. “We cannot afford to lose a single firefighter or tool in our arsenal given the unprecedented fire danger that is threatening Washington’s communities. Already, a record-breaking number of fires have burned almost half a million acres of Washington lands. And, with high temperatures and drought conditions expected to continue, there is no relief on the horizon.”