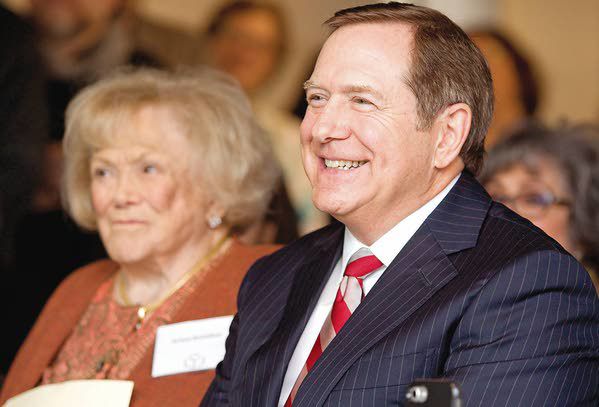 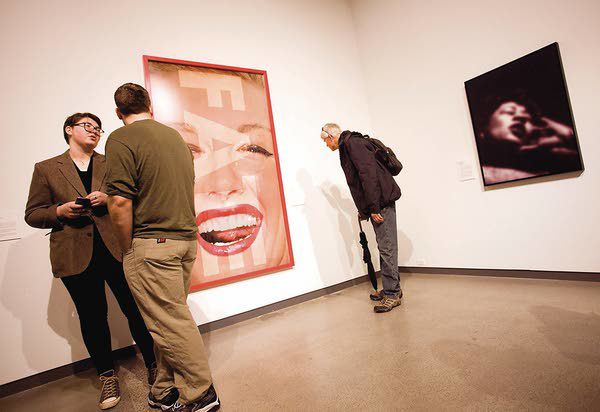 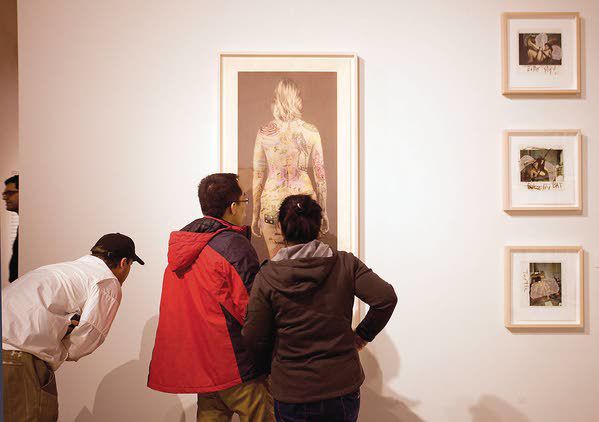 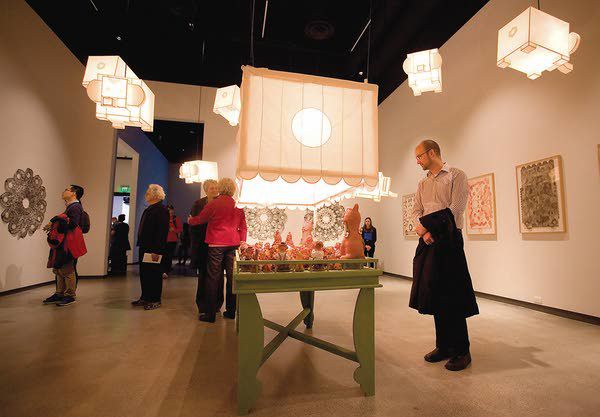 With the cut of a crimson and grey ribbon, the Jordan Schnitzer Museum of Art opened to nearly 300 first-time visitors Friday afternoon at Washington State University.

Portland philanthropist Jordan Schnitzer, the museum's namesake and donor of $5 million to the building's formation, was on site to greet guests who poured through the doors and talk to them about the art within the 10,000 square-foot exhibition space.

Schnitzer emphasized his desire for the museum to be visited by everyone, specifically university and K-12 students, residents of nearby rural towns and students who are not typically exposed to art.

Sophomore art major Nika Akers, 20, was wide-eyed, her hands held over her mouth as she took in her first view of the exhibition's interior.

"It's really amazing how the art community has really rallied around this museum to make this happen," Akers said. "And it's just really amazing to have something like this accessible for students on campus to promote the arts."

Akers does not attribute the creation of the museum to WSU - she credits the more than 750 donors who forked over the funds.

"We found it kind of, not inappropriate or unfortunate, but it was misleading how much the president was credited for this museum when it was 100 percent fundraised by donations," Akers said. "There wasn't nearly enough credit given to the fact that this was not necessarily a school saying they wanted to fund this, it was the people who support the art program here who said, 'Ok, this is something that this program needs, and it's not getting paid for through the school.'"

The opening and dedication of the new museum comes about six months after Schulz announced the university's Performing Arts program would shut down by the end of performance season due to sweeping, department-wide budget cuts that would go into effect to get the university out of a $30 million deficit.

The move drew swift backlash from Performing Arts employees as well as fellow WSU faculty, staff, students and members of the community who signed a petition calling on Schulz to cut his administrators' salaries instead.

Graduate student Siddharth Vodnala, 26, who is studying computer science, said he was disappointed when the Performing Arts program was dissolved, but "going by the opening of this museum, it seems like they do have some commitment, although they could always do more."

Vodnala visited the gallery Friday, where he took interest in a piece by photographer Richard Prince, called "Jerry's Girl," a composite image of 57 women who apparently appeared as Jerry Seinfeld's girlfriend on his TV sitcom, "Seinfeld." The women combined to form an image of one imaginary woman.

Vodnala said the piece interested him because of his own interest in computer technology.

He said students of all disciplines could enjoy the museum's exhibits, which currently range everywhere from a video shot of Niagra Falls playing in a darkened room, to photographs taken by Andy Warhol, to a larger-than-life wooden structure resembling a wolf by artist Marie Watt, which was a hit with small children and adults alike. One example of that was Oliver Littlejohn, 4, of Moscow, who said he liked the sculpture's smell.

The new museum is located across from the Compton Union Building and is open Tuesdays through Saturdays from 10 a.m. to 4 p.m.