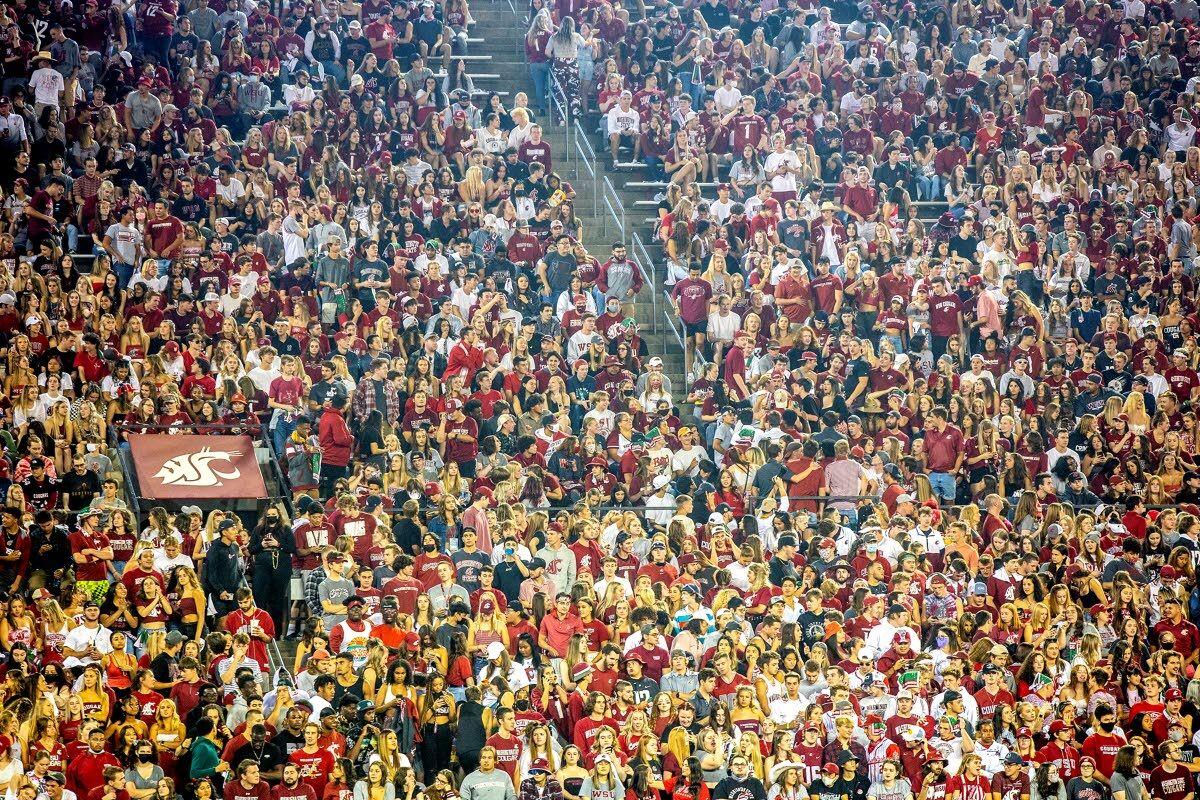 “I think it’s a good decision,” Chris Skidmore said. “It’s a good move for the university.”

WSU announced the decision Tuesday amid a spike in COVID-19 cases across the Northwest that is straining area hospitals. The university’s new game day protocols align with protocols put in place by the Seattle Seahawks and University of Washington. Fans will also be required to wear masks at games regardless of vaccination status.

These rules were not in place for the Cougars’ first home game Sept. 4. Skidmore said it is too early to tell whether that game will lead to a significant rise in local cases. He said it usually takes seven to 14 days after a large public event before his staff sees a jump in the number of positive COVID-19 tests.

Skidmore said large public events that take place in controlled environments, which is what WSU is trying to create with its new rules, do not usually lead to widespread transmission of COVID-19.

The spread happens when people let their guard down in an uncontrolled environment, including when they are just visiting with their friends.

He pointed to the recent Watershed Festival at the Gorge Amphitheatre in Washington as an example. The music festival that took place this summer was linked to more than 200 COVID-19 cases, but Skidmore said the spread did not just occur at the concert venue. Much of the transmission occurred where people were camping together in close proximity for multiple days.

As of Wednesday, the state has not announced any new restrictions that will affect the Palouse Empire Fair that starts today in Colfax, but Skidmore said his department is encouraging people to wear masks and practice social distancing at the event.

The delta variant wave has spread across Whitman County and is not centered solely in Pullman. Skidmore said it mainly occurs where there are pockets of unvaccinated people.

That is why the WSU student population, which has a high vaccination rate, is seeing a low percentage of positive tests.

“They are showing a very low transmission rate compared to last year,” he said.

Pullman Regional Hospital announced last week that nearly all of the COVID-19 patients it admitted in August were unvaccinated. Skidmore said Whitman County hospitals can still take patients, but their ability to divert or transfer patients to other hospitals is severely limited because of a lack of available rooms in the region.

Another death in Whitman County

The public health agency also reported 52 new cases of the disease Thursday, pushing that total to 4,995. The number of people hospitalized with COVID-19 in Whitman County remained unchanged at 154.

Total deaths related to the disease remained unchanged at 18.

Kuipers can be reached at kuipers@dnews.com.